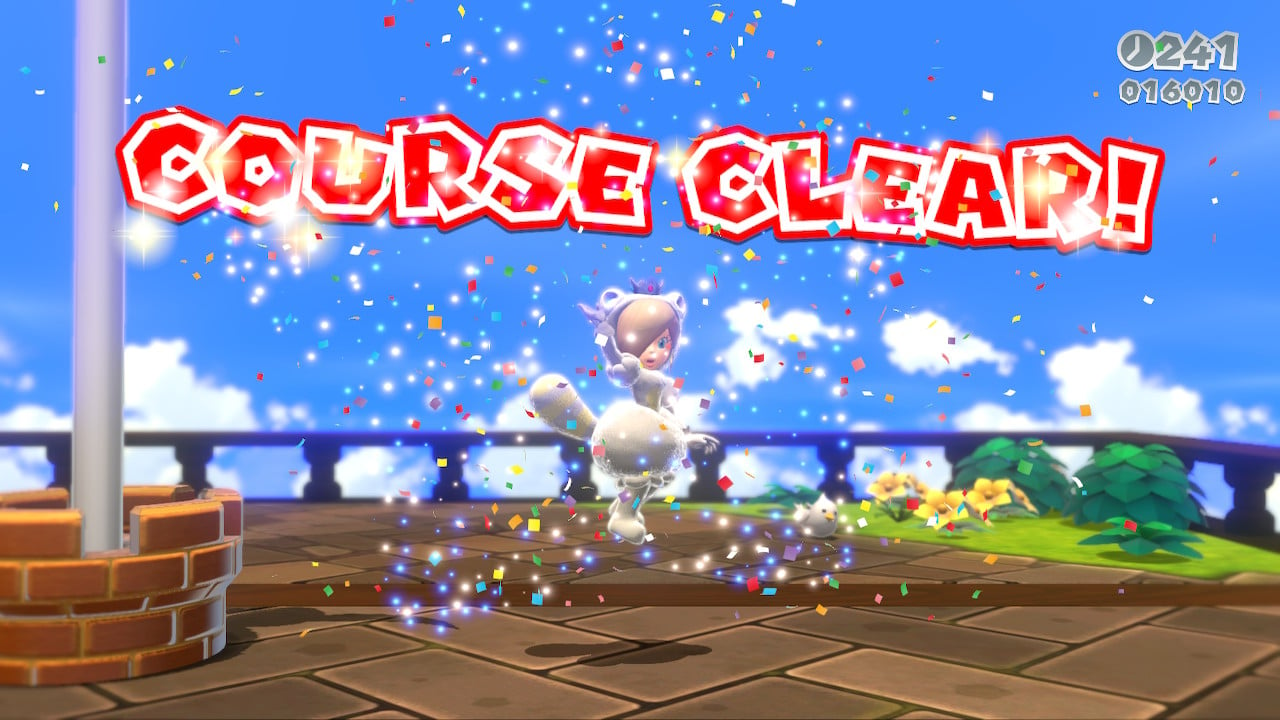 Every 3D Mario installment handles postgame rewards somewhat differently. Some, like Super Mario Galaxy and Super Mario Odyssey, open up new challenges in previously-completed levels for players to try. Others, like Super Mario Galaxy 2 and Super Mario 3D Land, unlock a collection of new, more difficult levels to play through. As fun as these additions are, one of the more interesting types of postgame unlockables the series has to offer is the extra playable character, if only because they change the way players experience the game. Super Mario 3D World’s postgame not only includes a whole slew of challenging levels both new and remixed, but it also features an unlockable character in the form of Rosalina from Super Mario Galaxy. She ends up being one of the most fun additions in the game, as she stands out from the series’ other postgame unlockables while also forming a strong mechanical identity of her own.

The Progression of Extra Characters

The history of extra playable characters in the 3D Mario installments is actually fairly limited. Discounting Super Mario 64 DS, this practice began in Super Mario Galaxy, which allowed players to control Luigi if they obtained all 120 stars. In that game, Luigi retained his trademark attributes from Super Mario Bros.: The Lost Levels; he could jump exceptionally high at the cost of low traction. These traits were enough to distinguish him from Mario mechanically without fundamentally altering how the game is played. Super Mario Galaxy 2 and Super Mario 3D Land continued to incorporate Luigi as a postgame playable character (although opportunities to play as him before the postgame did occur in Galaxy 2), establishing a sort of tradition within the 3D Mario entries. In Super Mario 3D World, this tradition was broken; the title included Luigi, Peach, and Toad as playable characters in the base game, much like the U.S. version of Super Mario Bros. 2. This effectively meant that the developers had to get creative if they wanted to include a bonus, fifth playable character as a reward for reaching the postgame.

Enter Rosalina, a character that players can unlock if they finish the second level of the postgame. Considering that most of the 3D installments mostly stuck with only letting players control the tried-and-true Mario Bros., including a much more recent character as part of the playable roster in 3D World was a pleasant surprise. Rosalina was easily the most interesting character in Super Mario Galaxy, as well as one of the more popular characters in the series as a whole, so getting to play as her in a mainline installment was already an incredible novelty. But what made her addition even better was that she marked a shift in approach for bonus playable characters. Rather than sticking to subtle mechanical changes, the developers gave Rosalina a unique ability in the form of the spin move from Mario Galaxy, which really sets her apart from the rest of the playable cast. Peach’s brief hover is arguably similar in this respect, but Rosalina’s spin goes a step beyond, changing the gameplay in some surprisingly drastic ways.

On the surface, Rosalina’s spin is little more than a carry-over from Super Mario Galaxy. Much like in that game, it can quickly dispatch enemies and provide a small midair boost, allowing her to gain some extra height and distance as well as to course-correct otherwise-inaccurate jumps. One of the crucial differences, however, lies in how the spin is incorporated. The spin was one of Mario Galaxy’s central mechanics, so every level was designed with it in mind. Obviously, since the default roster cannot use the spin, Super Mario 3D World’s levels do not account for its use. This means that Rosalina’s spin can trivialize otherwise difficult sections as well as skip through levels in unintended ways. In addition, its combat utility gives Rosalina a significant advantage over the other characters. The default roster must resort to powerups or environmental objects to defeat enemies in ways other than the traditional jumping method, but the spin gives Rosalina a quick and easy way to take care of most enemies at all times. In some ways, the spin itself is actually even better than it was in Mario Galaxy, as it now conserves the momentum of her jumps. Not only does this add a considerable amount of utility to an already potent move, but it also makes the spin slightly more fun to use moment-to-moment.

These perks already make playing as Rosalina a noticeably distinct experience compared to using the default roster, but what makes her even more unique are the restrictions placed on the spin. Namely, the spin can only be used when Rosalina is in her small and super forms. If she grabs a higher-tier powerup, such as the Fire Flower or Cat Bell, then the spin will be replaced by whatever action is assigned to that powerup. It’s possible that the game’s restrictive button-mapping is the primary reason why this limitation even exists in the first place, but it adds an interesting element to the gameplay in that it gives players a reason not to use powerups. Normally, players will want to hold on to their powerups for as long as they can, but Rosalina’s spin explicitly disincentivizes their use, which is an idea that the more traditional, “get-to-the-flagpole” style Mario installments do not often implement. This ends up adding a layer of decision-making rarely seen in the series―does the player want to keep certain powerups so that they can survive another hit and uncover certain secrets, or do they want to stick with normal Rosalina to make certain platforming sections easier? It’s a fascinating dilemma that demonstrates how much a simple restriction can really change how players approach the game.

The Case for New Game Plus

All of this makes Rosalina a wonderful addition to Super Mario 3D World, but the fact that she can only be used in the postgame presents a few problems. Unless the player is missing a few Green Stars or flagpoles and wants to obtain every sticker in the game, there is little reason to try her out in earlier levels aside from the sheer fun of doing so, as most if not all of them will likely have already been completed. In addition, players are unable to experience some of the unique, one-time events while playing as her, such as when the boss tents first show up or when Bowser recaptures all of the Sprixies. This is why a new game plus feature would have been welcome. Giving players the opportunity to experience another full playthrough as Rosalina not only would have added yet another layer of replayability to an already feature-packed game, but it also would have made her feel more like a core part of the game instead of just a neat little bonus. Super Mario Galaxy actually implemented a feature like this; players who collected every star were rewarded with a dedicated second playthrough with Luigi as the main character, allowing them to reexperience the entire game with a different perspective. It’s a shame that, even with the Switch rerelease, the developers did not allow players to do something similar with Rosalina.

This minor disappointment ultimately does little to take away from how fun Rosalina’s inclusion in Super Mario 3D World is. New levels are always a solid way to add value to a postgame, but they don’t fundamentally toy with the core of the gameplay like Rosalina does. The ways in which her spin move is incorporated add a welcome degree of nuance to the gameplay that normally doesn’t exist, which makes her stand out in a way that the unlockable Luigis of the past simply don’t. She may not be implemented perfectly, but she expands greatly on what postgame unlockables are capable of offering in these games, and that is absolutely worth celebrating.