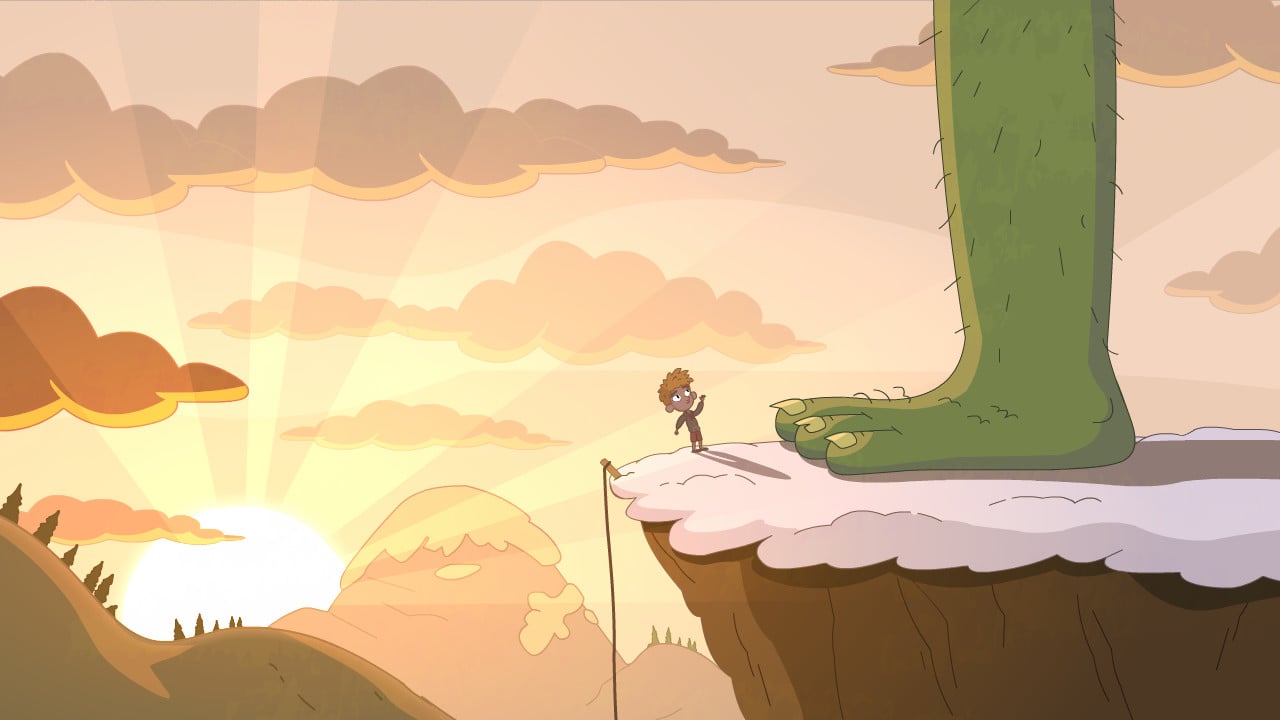 Indie Games Spotlight is Goomba Stomp’s biweekly column where we highlight some of the most exciting new and upcoming independent games. We’re only a few weeks from summer, but as the spring begins to wind down, plenty of exciting indies are still coming into bloom–and the recent Indie World Showcase is only a small smattering of the independent delights on the horizon. You know the drill: we’ve got as varied a bunch as any for this issue, so without further ado, let’s dig in!

Stop us if you’ve heard this one before: you’re crafting and managing your way through a survival game, but an ever-present countdown makes for an experience that’s more stressful than enjoyable. Lost Nova does away with those restrictions altogether. Without any deadlines, enemies, or negative consequences, Lost Nova is a laidback survival sim that lets players freely enjoy the bliss of crafting items, farming for resources, developing relationships with local residents, and exploring unreached locations.

Lost Nova gives total control to the player, offering up a lush world that changes depending on the choices you make. Take your time to make friends, work through quirky sidequests, build a thriving settlement, and possibly even get to the bottom of the area’s hidden secrets. There’s no such thing as wasted time in Lost Nova–and better yet, you won’t have much time to wait before digging in, as it’s available now on PC!

Recover the Remnants of the Rift

Bromio, the team behind 2018’s delightfully weird fighter Pato Box, is back at it—and true to form, they’re going in a radical new direction with their next project. Remnants of the Rift is an action roguelike with real-time strategy elements that lets you both blast into fast-paced action and pause whenever you like to assess the situation and plan out your next move. Simultaneously tactical and adrenaline-pumping, Bromio’s next release promises to offer the best of action and strategy-focused gameplay loops all rolled into one.

Following a mercenary who emerges from an accident into a distorted world, Remnants of the Rift tells a reality-bending tale of recovery. It’s also a stylish tale, as the game not only boasts a striking cartoonish aesthetic but it also features a soundtrack jammed with synth-based beats—just check out the backing track to its reveal trailer. There’s still some way to go before players can pick up all the pieces of Remnants of the Rift, but you can help Bromio polish off the project by chipping in for its ongoing Kickstarter campaign!

Rise Up in Fallen Leaf

Need a little bit of color and style in your platformers? Fallen Leaf should do the trick. This retro platformer is positively brimming with personality, set in a zany world populated by an eclectic cast of characters where one hero must set out to vanquish an evil menace once and for all. This is no meager journey either: with more than 70 levels set across four distinct world maps, each allowing the player to pick their own progression path, Fallen Leaf promises an ambitious adventure.

Fallen Leaf’s visuals may be striking, to say the least, but its graphics adhere to the colors and capabilities of the NES hardware that inspired it. The game uses the NES’s original color palette in its visuals, accompanied by a chiptune soundtrack packed with memorable tunes. Retro as it may be, though, Fallen Leaf also features a range of new gameplay styles including multiple unique playable characters and a dynamic system of upgrades and sub-weapons to help vary the gameplay loop. Eager to pick up Fallen Leaf yourself? It’s heading to PC later this year, but in the meantime, you can wishlist it now on Steam.

When it comes to arcade-style games, it doesn’t get much better than top-down shoot’em ups. There’s nothing quite like the adrenaline of soaring through the skies, accumulating a range of increasingly overpowered upgrades, and cutting through a whole hoard of enemies—only to know that it can all be blasted away with a single shot. Hyper Echelon would seem to understand this appeal well. This professed traditional shoot’em up takes inspiration from the classics of the genre but expands and updates the age-old formula for modern audiences.

With up to ten hours of gameplay in its story mode, as well as endless survival and Boss Rush modes with plentiful objectives, difficulty modes, and unlockable upgrades, Hyper Echelon is sure to keep players busy. Whether you’re playing alone or in two-player local multiplayer, this debut title from GangoGames launches an experience that genre newcomers and veterans will be able to appreciate. While Hyper Echelon has been out on PC for several months now, it’s launching into new horizons with a recently released Nintendo Switch version!

Find Your Way in Lost in Play

Remember how the world could seem a little more magical when you were a child? Lost in Play is a point-and-click adventure game that looks to recapture that sensation. Following a brother and sister whose afternoon playtime sends them hurtling into an alternate dimension of imagination, Lost in Play presents a whimsical journey through a fantasy kingdom. Rub shoulders with magical animal characters, solve a series of brainteasing puzzles, and uncover secrets on this whimsical quest.

Looking like a Saturday morning cartoon come to life, Lost in Play takes inspiration from classic adventure titles to create an experience filled with dozens of inventive puzzles, dynamic environments, and moments designed to scratch that nostalgic itch. Without a word of dialogue to it, Lost in Play is all about letting the world speak for itself, making it fit for players young and old alike. It’s heading to Switch and PC this summer, but in the meantime, give its free Steam demo a try!