There’s been little sign of Nintendo making their own Punch-Out!! game for the Switch, but thanks to indie developer Bromio, we do have a non-union Mexican equivalent. True to form with these things though, Punch-Out!! es bueno, Pato Box es el diablo.

That observation may be more of an excuse to get a Simpsons reference in here and less of a wholly accurate criticism of Pato Box, especially as both games have their moments of extreme difficulty, but Pato Box can, at times, border on becoming an exercise too frustrating to remain fun. Crucially, it often feels like the frustration comes as a result of questionable design choices rather than a necessity to simply “git gud.” 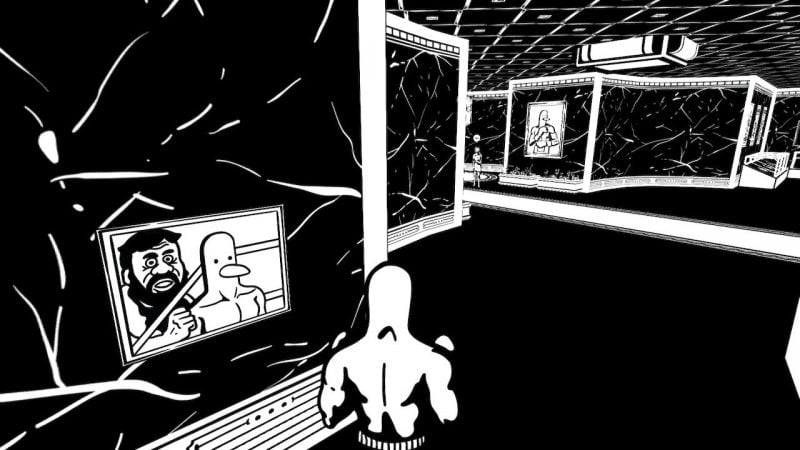 We All See What You Did There

After a successful Kickstarter campaign, Pato Box initially released on Steam back in 2017 to favourable reviews — and clearly enough commercial success — to justify a port to Switch, and it’s on a Nintendo console that its influences can find their deserving home. Bromio wore its Punch-Out!! homage badge very openly on its sleeve during the crowdfunding campaign, and it’s very much to the game’s credit that it brings as fresh and inventive a take on a 34-year-old formula as it does.

As well as playing like an old Nintendo favourite, Pato Box also has a very stylistic graphic novel visual design that is heavily reminiscent of underrated Wii title Madworld. Mode 7 fans can also get a nice shot of nostalgia (and a future spectacles prescription) while experiencing the mix of 2D characters and 3D environments that spin around the protagonist as you make your way through the exploration sections of the game’s Story Mode.

Spare Me Your Life Story

This mode is naturally where the game differs the most from the arcade stylings of its chief influence. It revolves around the eponymous Patobox, whose real name is Primo, seeking revenge after losing a championship match (he was drugged, of course) and being stabbed in a cruel act of betrayal by the sinister corporation he was representing, Deathflock. The story takes place across the various floors of the Deathflock HQ where the corporation’s dastardly henchmen stand in the way of Primo’s vengeance.

Each villain servers as their own level of the game, with Primo riding an elevator to the signature floor of his next opponent, where he must solve puzzles and avoid hazards before he can gain access to a showdown fight. In principle, the idea is a great way of offering some downtime in between fights to explore the world and uncover the back story behind the mystery of his betrayal. In execution, it’s little more than a lethargic and frustrating slog full of uninspired puzzles and fiddly movement. 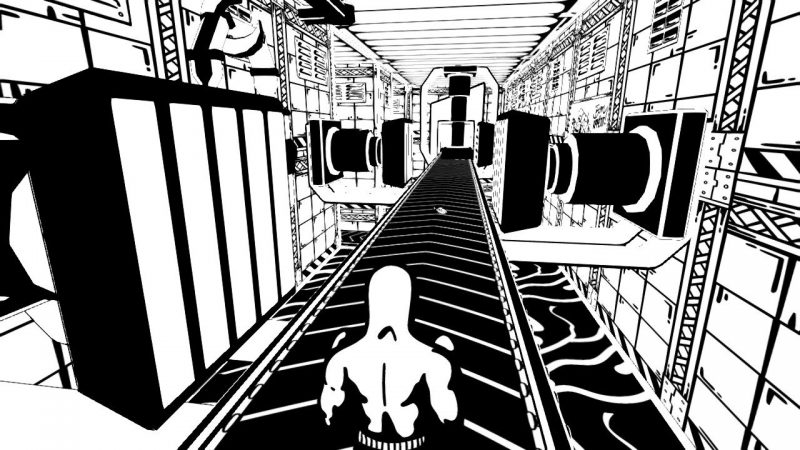 This level crushed my heart.

None of the elements on show in the story levels are anywhere near as accomplished as the fights they lead up to, and they rarely do much to enhance the experience. Hazards are an absolute nightmare to deal with thanks to the restrictive camera and subsequent impossibility to gain any real depth perception in relation to Primo’s third-person model. The biggest low blow of the lot comes in the Food Factory, which is one of the most maddening gaming experiences I’ve had in years. The annoyance of insta-death traps that you just can’t gauge without a movable Y-axis is compounded by a character who cannot sprint, crouch, jump, or even strafe at any real pace.

Even when not avoiding traps, the exploration isn’t great. Levels like the incredibly boring casino just aren’t livened up by a story that does very little in the way of pulling the player into the narrative. When every single person in the building is out to murder you at the behest of an evil corporation, there’s not much of a mystery to uncover. Eventually, you’ll be wishing you could just skip right to the bosses, basically eradicating the entire point of the Story Mode existing in the first place.

You Probably Are the Boss of Me

It’s no surprise that the boss fights are obviously where Pato Box excels, and each one is full of invention and variety in a way that Punch-Out!! itself has never managed. The bosses aren’t boxers (aside from one), and therefore do not need to follow anything close to the ol’ Queensbury Rules. Primo will be facing guns, drones, grenades, swords, butcher’s knives, and more from these fearsome foes, and each one offers a significant challenge. Regardless, the feel of a Punch-Out!! bout is expertly replicated, and the gameplay here is as tight and responsive as you’d expect from Nintendo themselves (unless you use the garbage motion controls — seriously, don’t). 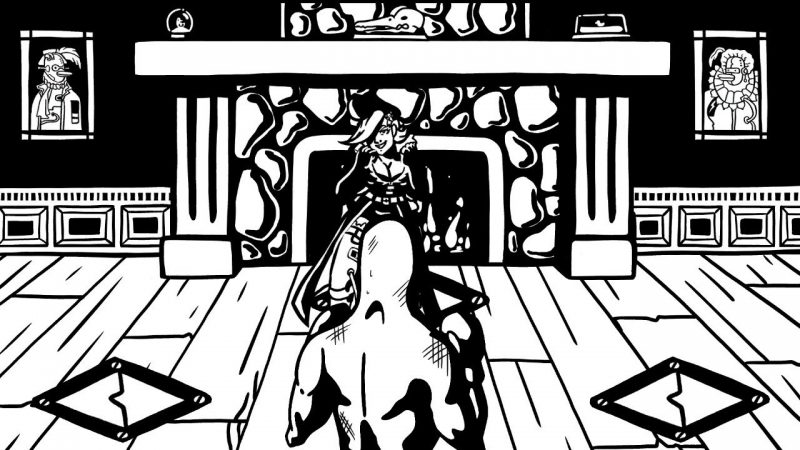 Even the first boss in the game is tough. Glass Joe, she ain’t.

Unfortunately, because the fights aren’t actual boxing matches, if Primo gets knocked down, it’s all over. There are no rounds and no ten count. Primo’s health does regenerate to an extent during fights, but with each boss having three phases, it’s incredibly frustrating to finally get to the third phase, get knocked down within seconds, and have to start right at the beginning. A mechanic that either lets Primo get up after even just one knockdown, or a checkpoint system, could do a lot to make this more palatable. Even the save system is a bit off — the autosave icon will flash on screen when you begin a fight, but if you close the game and go to continue the story, you’re right back in Primo’s bedroom, meaning you have to ride the elevator and then walk all the way back to the boss for another go.

Coulda Been a Contender

It turns out that adding to the Punch-Out!! formula does little to actually add to the Punch-Out!! formula. Pato Box is a visually stunning game with excellent presentation and music throughout, and it does an excellent job of aping the feel of a Punch-Out!! fight. It’s just a shame that the game’s ambition to flesh out an arcade experience into something more ends up taking away enjoyment rather than adding to it. For best results, play the arcade mode, turn off the awful motion controls, and stick to the boxing — just don’t expect it to be easy.