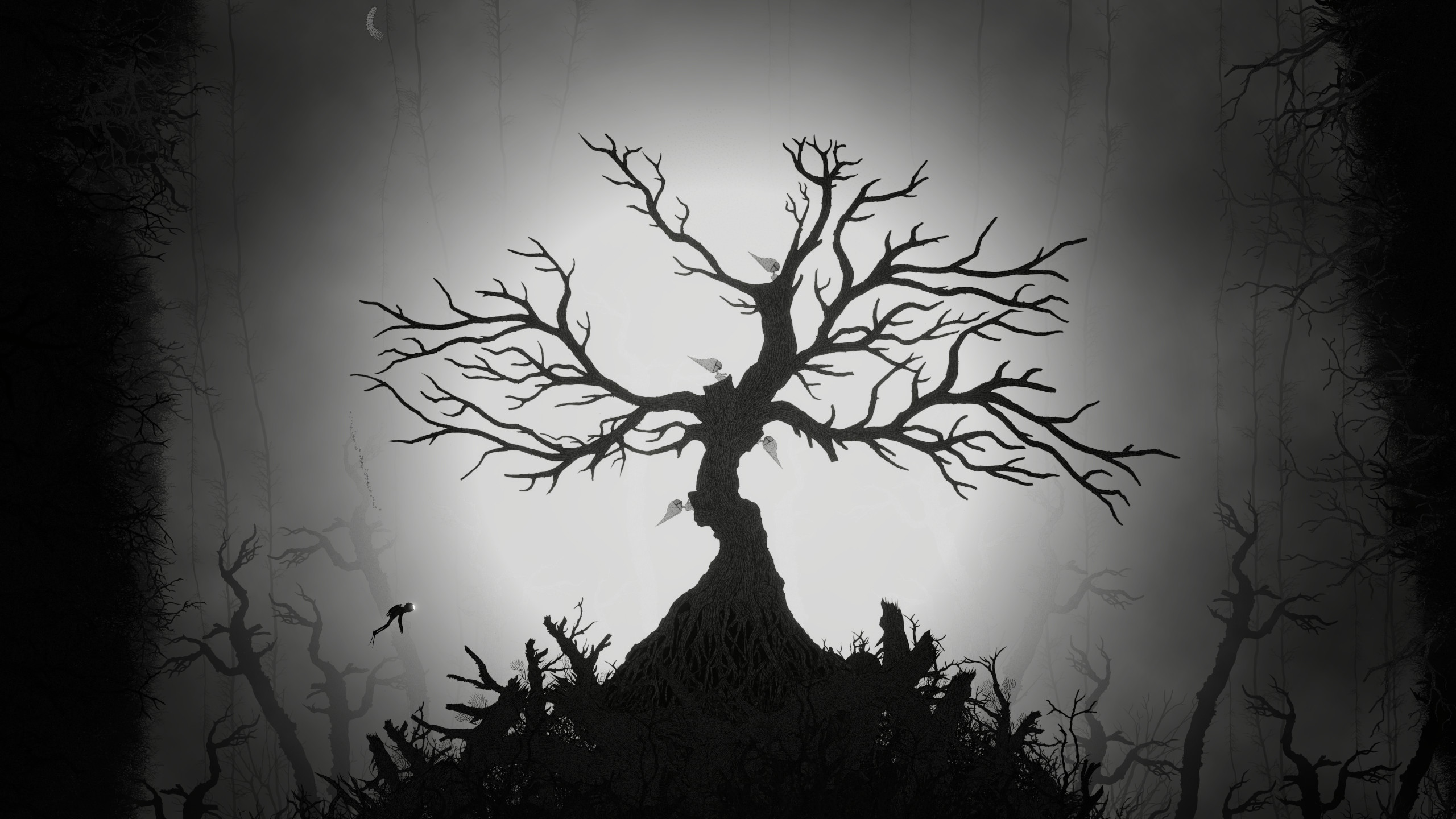 Filled with annoying jokes and a poor attempt at putting a narrative into a gaming presentation, the ninety-minute PC Gaming Show was a slog to get through. Fortunately, despite the inane humor, the show contained some genuinely interesting content. With numerous developer interviews, game reveals, and updates on big new releases, the PC Gaming Show had a lot to offer and we are here to break down everything important you need to know. Here are the best moments from the show.

An early highlight of the show, the newly announced Dodgeball Academia is a sports RPG with a rebel spirit akin to a Cartoon Network classic. Players take on the role of Otto, a boy attending a dodgeball academy. The game promises to be a full-fledged RPG experience with an expansive narrative, exploration, social elements, and action-packed turned-based combat in the form of dodgeball competitions. Dodgeball Academia is slated for release later this year.

Fresh on the heels of the Dying 2 Know stream in May, Techland returned to give even more details on Dying Light 2, this time providing more information on the game’s back story. First, the game takes place after the virus introduced in the first game has gone global – leading to drastic military responses. In an attempt to slow the spread of the virus, the government dropped chemicals on the city and inadvertently turned the populace into crazed monsters. The survivors now live on the rooftops, fearful of the streets below.

The protagonist, Aiden, enters the as of yet unnamed city in search of his sister who went missing when the two of them were children and being kept prisoner as test subjects for a secret medical experiment. Following a fire, Aiden escaped but lost track of his sister. Now, many years later, he comes by information that she is alive in the city, so he ventures into the chaos in hopes of finding her and learning more about his past.

Dying Light 2 Stay Human is one of the years most hyped games and launches on December 7.

Not to be confused with Vampire: The Masquerade Bloodlines 2, the indefinitely delayed sequel to the cult classic Vampire The Masquerade: Bloodlines, Vampire: The Masquerade Swan Song is an upcoming RPG developed by Big Bad Wolf. Not much is known on the game, and, unfortunately, the new trailer did not reveal much, providing only hints at possible story threads such as a vampire woman searching for her daughter. It is unclear what kind of gameplay the game will even have if it will be a traditional action RPG like Bloodlines or a more purely narrative-focused experience in the vain of the Life is Strange series, but, regardless, what has been shown is compelling. The trailer creates a wonderful sense of foreboding with excellent music and a chilling atmosphere. Add to that the series iconic lore, and Vampire: The Masquerade Swan Song is something to be excited about. The game currently has no set release date.

One of the highlights of the PC Gaming Show, Lemnis Gate is an upcoming multiplier action game with a unique twist. Part FPS, partly turned based strategy, Lemnis Gate defies easy description, even the game’s director, James Anderson, struggled to sum up the game’s mechanics during the interview portion of the preview – but I will try. Basically, players battle it out across five rounds with each round being a 25 second time loop. During each loop, players get a 25-second turn with each subsequent turn taking into account the actions that came prior. So, as Anderson described, if a player throws a grenade and kills an enemy soldier, the opposing player can respond to this attack in their turn since the action will be playing out in the loop. This pause and play element gives the game a turn-based feel but the immediate gameplay is first-person shooting: it’s totally bonkers. Lemnis Gate releases August 3 and has a beta beginning next month.

Releasing sometime next year, Ixion is a game we know very little about but the cinematic trailer was stunning. The trailer depicts a PR event held by Dolos, a corporation based in space exploration. Talking about the allure of space travel and earth’s decay, the advertisement is effectively beautiful but has a tinge of corporate greed, much like Weyland-Yutani from the Alien films. The ominous tone is cemented at the of the clip when the moon explodes, raining fire upon the earth and dooming the planet: Dolos’ space station, Tiqqun, is now humanity’s last hope. Nothing more has been revealed from a narrative standpoint, and no gameplay was shown, but the game will be a management simulator as players lead the Tiqqun space station to new worlds and care for the remnants of humanity.

Far: Changing Tides, announced for the first time during the show, is a follow-up to the indie masterwork Far: Lone Sails, a game we called a “resounding triumph.” Just like its predecessor, Far: Changing Tides finds wonder in a ruined world as players make their way across the flooded landscape. The trailer is brief and doesn’t show much beyond some light exploration, but it is enticing and we cannot wait to learn more. Far: Changing Tides has no official release date.

Much in the vein of Far: Changing Tide, Silt is a 2D adventure game with puzzle elements, but it is far more oppressive – at least on the surface. Reminiscent of an underwater Limbo, Silt sees players exploring oceanic depths as they use their abilities to take control of creatures, navigate traps, and avoid horrific-looking monsters. Eerie, but also hauntingly beautiful, Silt was one of the PC Gaming Show’s best surprises.

A sequel to the popular Jurassic World Evolution, Jurassic World Evolution 2 promises to expand on everything that made its predecessor great while adding in a host of new features – including a narrative-based campaign that stars characters from the films, voiced by their respective actors. The trailer is purely cinematic but breathtaking nonetheless, spearheaded by a charming narration from Jeff Goldblum. The gameplay will once again focus on building and managing a Jurassic park but there is plenty of room for new mechanics given the story elements. The game is set to release later this year.

One of the most cringe-inducing moments of the PC Gaming Show came during a bit about publisher New Blood. Following a trailer that showed off numerous games coming from the company, New Blood Ceo, Dave Oshry was set to preview Gloomwood, a Thief-inspired shooter and the company’s next big game. However, he was shooed away to make way for Gabe Newell to do a Steam announcement. While obviously staged, the entire episode felt crass, especially since it cut Gloomwood’s preview short. Thankfully, PC Gamer uploaded the full preview separately because Gloomwood looks awesome. An FPS with combat comparable to classic 90’s shooters such as Quake and stealth/exploration elements similar to Thief, Gloomwood is a unique-looking game that deserves attention. The game releases “soon” but go check out the demo now.

Looking like a cross between Pikmin and a Saturday Morning Cartoon, Tiny Kin has all the trappings of a cult classic. Players take control of Milo, a tiny alien stranded on earth. Using little creatures known as tinykin, Milo must navigate through various environments as he platforms and solves puzzles. With gorgeous animation and a nostalgic 90s vibe, Tinykin is one to look out for.

The final reveal of the PC Gaming Show was also one of its best, a new trailer for Project Warlock 2. A sequel to the amazing throwback shooter, Project Warlock, Project Warlock 2 builds on its predecessor with verticality, new weapons, multiple playable characters, larger environments, and the ability to jump. The game does not launch until next year but the trailer showed everything a fan would want to see. With quick action, new weapons and enemies, and more expansive exploration, Project Warlock 2 looks to be another FPS classic.

While these were the highlights, the PC Gaming Show had some other compelling previews. From the SNES-inspired RPG Sacrifire, to the janky, but compelling Pioner, to the obscure rocket building simulator Next Space Rebels to the slew of PC hardware reveals, there were many things worth checking out. Here is the link to the full stream, but be sure to skip all the terrible attempts at comedy.

For more on E3 be sure to check out our breakdown of Square Enix Presents, the Wholesome Direct, Ubisoft Forward, Guerilla Collective, and the Devolver Digital Showcase.