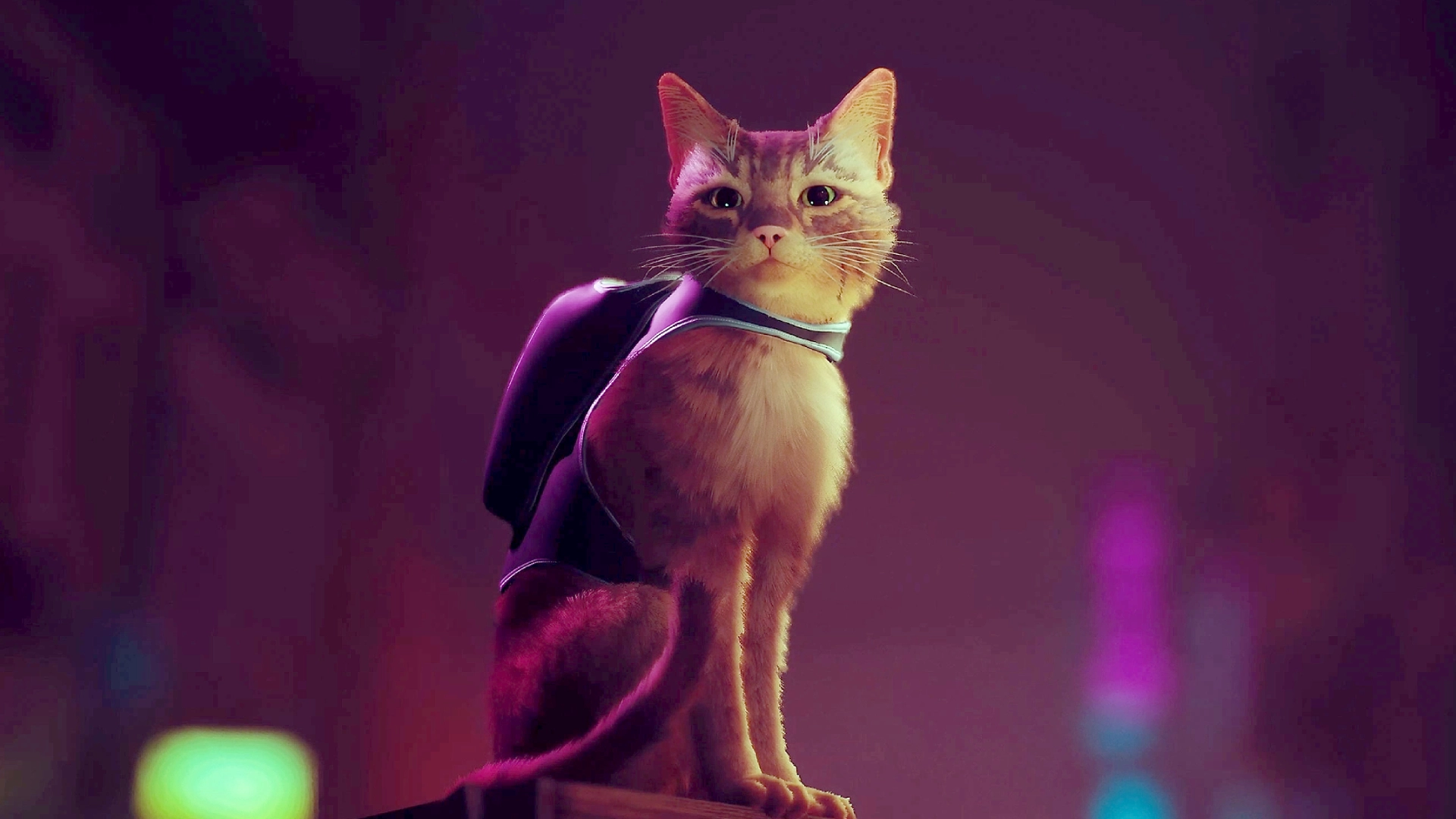 Annapurna Interactive’s latest hit — the adorable feline adventure game Stray — is finally here, and the critical reception has been very positive so far. Goomba Stomp’s Cameron Daxon praises Stray for “improbably” capturing the feeling of being a cat, and what better evidence to prove this to be true than the reactions of cats themselves!

This is exactly what the Cats Watching Stray Twitter account has been doing: showcasing the Tweets from people whose cats have been enjoying the game just as much as their owners. The result is spectacular. Here are some purr-fect highlights from the cat community that demonstrate just how much of a good job has been done by developer BlueTwelve Studio in creating the ultimate cat experience:

I’ve been playing a lot of Stray and I love it SO MUCH. My cat Totoro likes to watch me play and then he tries to catch the cat on the screen. pic.twitter.com/XPyuJWQHB3

Among the first cat reactions to be highlighted by the Cats Watching Stray account is from Fanbyte editor Elise Favis, whose cat Totoro is completely fixated on the screen as she plays the game. Adorably jumping up at the screen to try and interact with Stray’s cat protagonist, it would seem that Totoro is getting an awful lot of enjoyment from the experience, so much so that there are follow-up Tweets explaining that Totoro runs up to the screen to play each time the game is booted up!

Here’s is the only review for Stray that you need. Stick this in your marketing, @A_i pic.twitter.com/ZyCX4DGhA2

A similar situation arose when GameSpot and Giant Bomb journalist Tamoor Hussain introduced his cat to the world of Stray. Not only does Hussain’s cat meow in response to the in-game cat meowing, but this obsessed feline also follows Stray’s cats around the TV screen and jumps up to greet them at every opportunity. Hussain captions the video claiming that this is “the only review for Stray that you need”, as the cat’s sheer amazement and enjoyment is more than enough to convince any cat lover to buy Annapurna Interactive’s latest adventure.

The Peanut review of Stray is in, @A_i pic.twitter.com/DXHQmDn3df

To cap off this exploration of cat reactions, here is a hilarious Tweet from GameSpot and Giant Bomb’s Lucy James, whose cat Peanut offers a slightly different perspective. Glaring from across the room as James plays Stray, Peanut’s eyes appear filled with jealousy as the new feline companions in the house take centre stage. It’s okay Peanut, you haven’t been replaced!

This is only a small selection of some of the most high-profile cat reactions to Stray, but many more can be found over at the Cats Watching Stray Twitter account. Additionally, for more Stray news on Goomba Stomp, you can check out our breakdown of one of the game’s trailers, in addition to reading Cameron’s review to find out why this adventure is more than just a cute mascot.