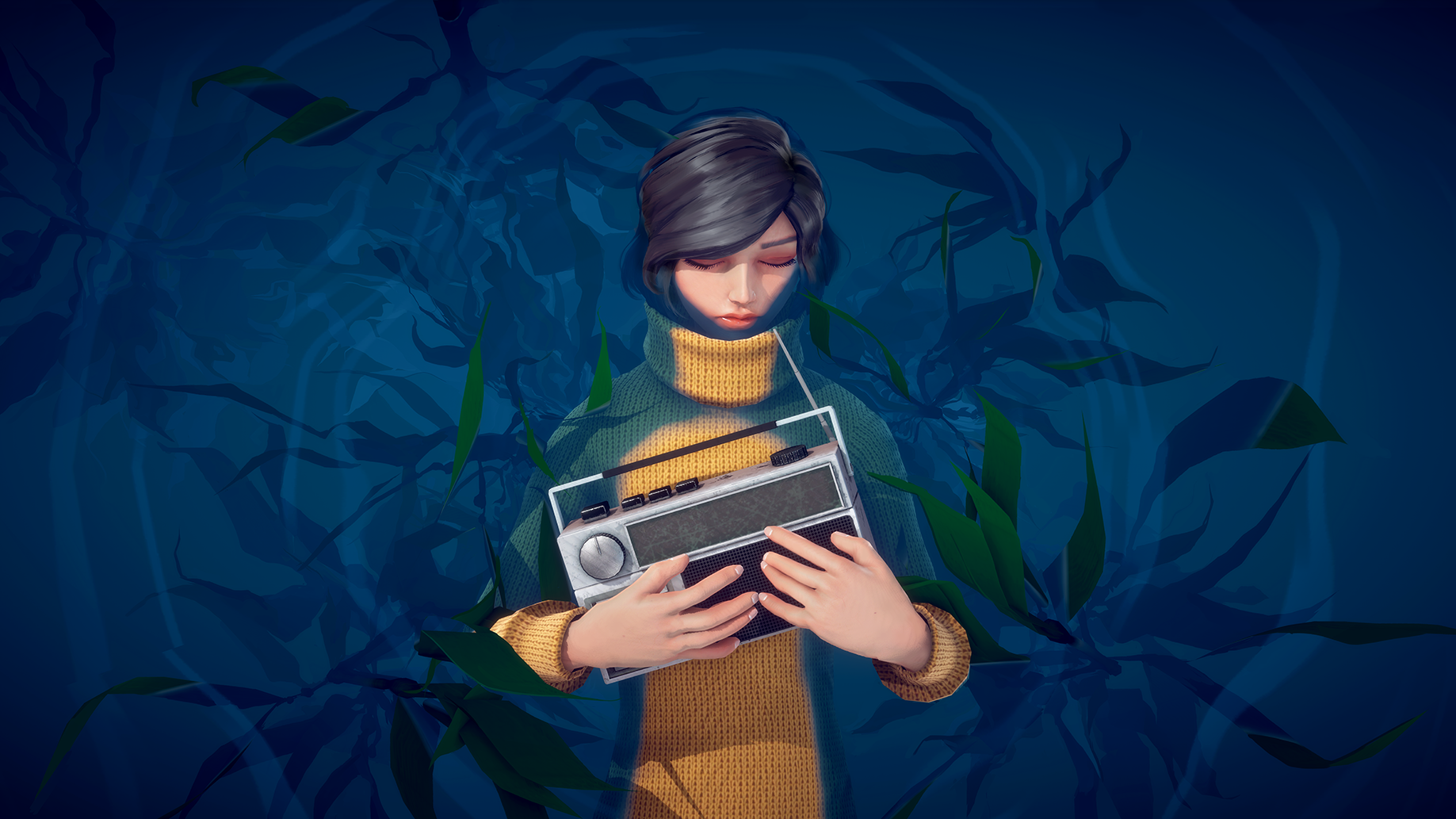 Like a calm ocean wave on a foggy day, A Memoir Blue is a tranquil experience clouded by a mundane narrative. Treading a fine line between being an interactive point-and-click game and an animated short film, Cloisters Interactive has created a title that is short, sweet, and will only leave those expecting more sour. In the grander picture of its genre, A Memoir Blue is left swimming in a sea of interactive cinema games that are good but will not stand as a perfect recommendation to anyone seeking a deeper experience. However, that doesn’t mean it won’t find its audience or hit hard with a few players.

A Memoir Blue’s developer Cloisters Interactive has described their game as a playable poem–which perfectly encapsulates what the title is trying to be. In A Memoir Blue, players will go through a silent adventure as a young athlete named Miriam who looks back on the relationship between her and her mother. Living through her own little introspective, Miriam journeys through extremely simple puzzles, engaging visuals, and an incredible score to reach her destination. A Memoir Blue plays out more like a short film than an actual video game as players rarely have much interacting to do or scenarios to conquer during its less than an hour runtime.

Outside of the secret achievements players on platforms supporting trophy systems may want to tackle, Cloisters Interactive’s title can be beaten without any real brain power–which perhaps is also a careful artistic choice as it is after all focused on its story. A Memoir Blue is split into six seamless chapters with no subtitles and only a few loading screens to bring new locations to life. The game’s puzzles are as simple as moving objects, peeling paper, stamping train tickets, and even walking in a straight line. Based on those activities alone, not every minuscule puzzle is going to be a surefire knockout or captivate every audience member–they are here to mainly push the narrative forward and give players something to do in between.

Ultimately, what is most important to A Memoir Blue is fleshing out its leading relationship between a mother and daughter through visuals and short puzzles that uncover more story details. Even in the face of plenty of promising scenes, I couldn’t help but feel (ironically) as if A Memoir Blue’s story could have offered more in terms of characterizations or little details. Miriam’s relationship with her mother will occasionally pull some heartstrings, but will only bring anyone who can relate to the complete story to tears.

Perhaps there are some aspects of the game’s symbolism that can be interpreted differently by players, yet the story is still light on actual events that have major twists or thought-provoking acts. The game’s ending did make me feel emotional, but it would have felt either more impactful if I had a similar experience to Miriam in my own life or had witnessed more of her life’s events during the story. Overall, A Memoir Blue’s story certainly never comes off as superfluous but could have been far more fleshed out. Had the player learned more about Miriam and her mother, the story could have hit the heart harder.

What A Memoir Blue does best is ambitiously tackle a visual presentation that bends two distinct animation styles with a cinematic approach. While the playable portion of the game is all in a three-dimensional semi-minimalistic art style, the relationship between Miriam and her mother is always portrayed through hand-drawn animations. With the game only being less than an hour long, A Memoir Blue thankfully never feels like it strays from its short film roots as it constantly sticks to a welcoming aesthetic. Every scene and puzzle presentation is simply engaging as the game sticks to a darker visual color palette that keeps in line with the story’s tone. While 2D and 3D visuals do not always blend well together, the chosen colors and usage of the two always work in the game’s favor.

Unless you are a quick trophy, achievement, or gamerscore hunter willing to spend the money and time for some awards, A Memoir Blue is a game that feels inessential for its medium yet certainly comes off as a topic of artistic interest. On the subject of being a poem brought to life through the medium of point-and-click games, it certainly does a fine job entering the genre with a foundation that could potentially be utilized for something greater and grander in narrative scope. While it is far from being an interactive experience that players should rush out to buy, it is absolutely worth a quick hour afternoon playthrough at a decent sale price. A Memoir Blue is the type of game that will find its niche of players, and those who feel connected to its story may even add some water to its vast ocean by the end of it.