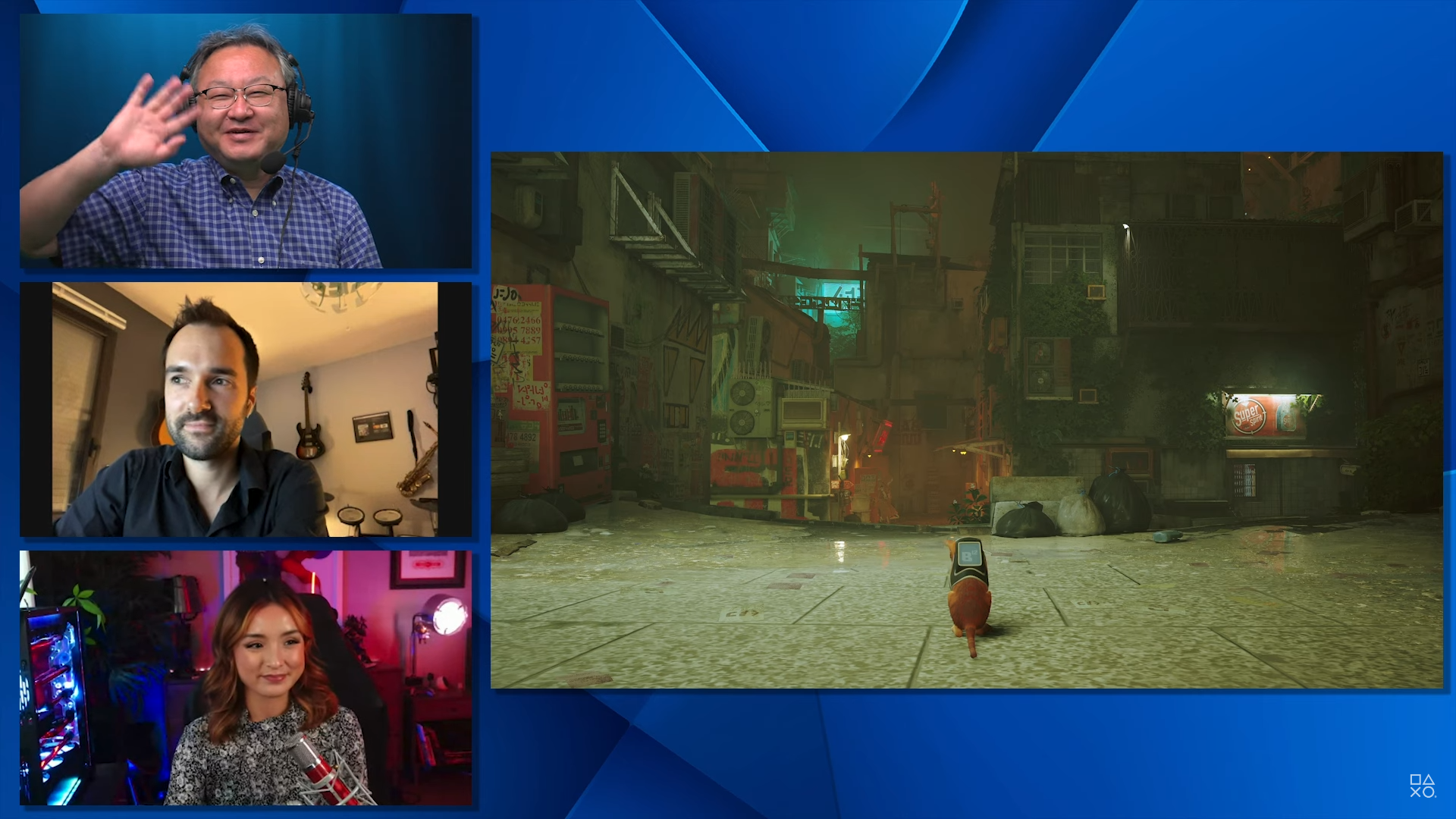 As part of a wider effort to give more support to the PlayStation indie community, PlayStation has today launched a brand new ‘Let’s Play Indies!’ series that focuses on mixing gameplay with developer commentary and insight. The first game to be played in this new series is none other than Annapurna Interactive’s new hit adventure game Stray, which has charmed cat lovers (and cats!) across the gaming world with its ability to faithfully mimic the experience of being a cat.

Behind the controller for this series is none other than Shuhei Yoshida, head of PlayStation’s Independent Developer Initiative and self-proclaimed cheerleader of indie developers. Alongside him in this episode is YouTuber Snaxan who is acting as the host, alongside guest star Swann Martin-Raget from BlueTwelve Studio, the development team behind Stray.

The let’s play makes for a highly entertaining watch, as Yoshida shows off various aspects of Stray’s gameplay and world while Snaxan and Martin-Raget talk more about what the game has to offer. The series appears to be aimed at players who have never experienced the indie titles before, which makes it a great way for new players to see more of these PlayStation indie games and make more informed purchases.

‘Let’s Play Indies!’ is off to a good start, but only time will tell if the series ends up being beneficial to the PlayStation indie community. Regardless, Yoshida’s enthusiasm for indie games and Snaxan’s hosting talent make for an excellent combo. Let’s hope that this series can bring many more indie games into the spotlight.

You can watch the full video below to see more of this new PlayStation series. For more PlayStation news on Goomba Stomp, check out the reveal of the new PlayStation Stars loyalty program, and for more Stray content make sure to read our review of the game. Also, take a look at the wholesome trend that is seeing modders put their own cats into Stray’s beautiful world.