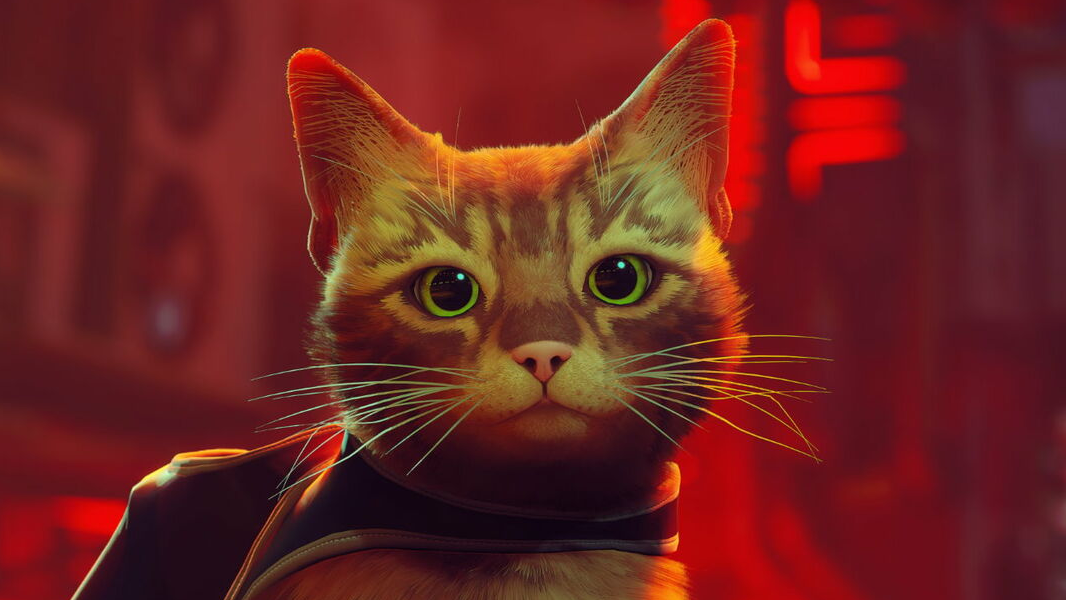 Annapurna Interactive’s critically acclaimed feline adventure hit Stray has gone down extremely well with cat owners, and some are taking things one step further. There are already a ton of mods that change the appearance of Stray’s “purr-tagonist”, but there is an even more wholesome twist — some users are turning the playable cat into their own, real-life cats. Here’s a quick look at some of the highlights of this heart-warming trend.

User Larame has created a mod named “My Cat Dio”, which changes the skin of the playable cat to resemble their own cat named Dio. The regular ginger appearance of Stray’s cat has been replaced with a beautiful white and brown design that has already been downloaded by over 70 different users even though it’s such a personal project. The love of sharing and playing as other people’s cats is clearly something that a lot of cat-owning gamers share, and it’s easy to see the appeal.

Similarly, user whenbearsreign has created a skin of their own cat Maru that replaces the default Stray cat. This is a tuxedo cat design (black and white), and also includes a picture of the real-life cat Maru for comparison! The creator has lovingly captioned Maru as “the future star of your game”, and given that this tuxedo cat has been downloaded by over 270 people so far, Maru is proving to be among the most popular Stray cosmetic mods.

For cat lovers looking for something with a little more colour, user Narwhix has got you covered with this gorgeous calico cat skin. Based on their own cat named Sunny, which the creator encourages everyone to go say hi to over on the mod’s page, the mod is described as being perfect for anyone who wants to play as a calico cat. Not only is the calico design striking to look at, but the mod being made specifically for others is even more wholesome, and with over 175 unique downloads it’s great to see Sunny’s popularity in the Stray community.

Finally, user uros76’s mod that gives the cat a grey/silver design is perhaps one of the sweetest of them all due to its resemblance to the creator’s family cat that passed away a few years ago. Described as “a memory for my son who was growing up with that cat”, this mod is something very special indeed, and it’s heart-warming to see that over 50 people have downloaded the grey domestic cat skin to use in their own Stray playthroughs. The memory of this beloved cat can now live on forever.

There are many other cosmetic mods to check out over on the game’s Nexus Mods page, and I highly recommend doing so as the creativity on display here is wonderful to see. There are even some sillier ones, such as a Garfield mod and a mod that lets players roam the world of Stray as a puppy instead of a cat! For more Stray content on Goomba Stomp, check out our review of the game, as well as how real-life cats have been reacting to it.