Last week, Nintendo shattered the expectations of gamers across the globe with one of their best E3 showings in years. Far different from their incredibly disappointing Direct at E3 2015, Nintendo’s presentation last Tuesday was positively overflowing with new titles, from games in the Kirby and Yoshi series, to two new Metroid games and even a new Pokémon. Nintendo didn’t hold back, utilizing their enviable stash of notable IPs to steal the show out from under their two main competitors noses. Revitalized by a console that has exceeded expectations, they did what we’ve asked them to do for years: focus on their greatest games, free of any gimmicks.

Even when Reggie Fils-Aimé appeared, it was very brief, only enough time to introduce himself, produce some metaphysical rumblings about the nature of video games, and conclude by letting the games speak for themselves. No time was wasted, every moment of the Spotlight dedicated to making sure that fans were blown away by the sheer volume of quality, first-party games headed to the Switch in 2017 and beyond. Unlike the Japan-focused unveiling of the Switch back in January, which was criticized for its robotic presentation and time spent on features like HD Rumble, this year’s Spotlight demonstrated that Nintendo is finally listening to their Western consumers and are choosing to focus on the games, not the gimmicks. It showed that they care about E3 again.

In the past, Nintendo hasn’t shied away from relegating E3 to a position of lesser importance, forgoing their live press conference in 2013 and focusing exclusively on The Legend of Zelda: Breath of the Wild during last year’s E3. Before this year, it had been almost three years since the last time Nintendo had unveiled something truly breathtaking at an E3 conference, the last few years relegated to announcements either too pedestrian or controversial to warrant much excitement.

‘Metroid: Samus Returns’ is an excellent example of a game that Nintendo is using to take back marketshare among hardcore gamers.

And, a cautious approach made sense for Nintendo. The Wii U was beginning to fail as early as 2014 and Nintendo struggled desperately to clean up after its belabored albatross, eventually delaying its most anticipated game until it was firmly in the console graveyard. The days of the Wii U were some of Nintendo’s darkest; they sat wedged firmly between a proverbial Thwomp and a hard place, daring not to waste development resources on a console that was sinking more quickly than even a new Super Smash Bros. game could save. It’s failure is the reason that, save Star Fox Zero and Paper Mario: Color Splash, no other important Nintendo games released on the Wii U in 2016. They simply didn’t have anything to show.

That changed at this year’s E3. Nintendo made their best effort to strike while the iron was hot and make an impression on the public while they still could. In a move atypical of Nintendo, they announced two new titles, a new Pokémon for Switch and Metroid Prime 4, without a second of footage for either. They took the time to fully take the cover off of what seems to be their most wacky and zany Super Mario game ever. They announced that popular e-sport title Rocket League would be available this holiday with–shocker!–cross-network play between Xbox One, PC, and Switch. If there was a belief that Nintendo was apt to make the same mistakes that it did with the Wii U, and release too few good games, then it was put to rest during their presentation. 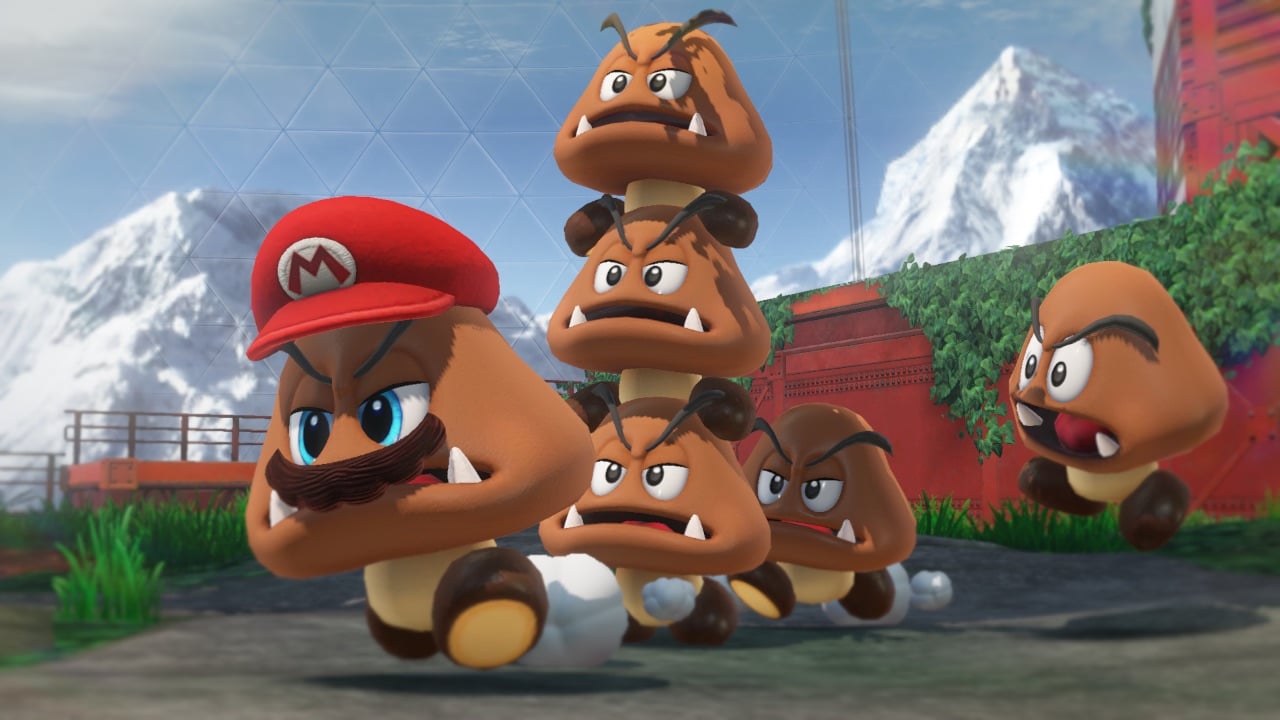 With games as creative as ‘Super Mario Odyssey,’ the future is bright for Nintendo and their IPs.

The Nintendo present last Tuesday was a Nintendo not seen since it’s long lost dominance during the era of the SNES. It was a confident Nintendo, willing to step back and let the games speak on their behalf, not content to let other companies or journalists craft the narrative for them. It was a welcome change of pace for a company that has been as derided by how poorly it reacts to consumer demand as it has been lauded for its creative brilliance. It was as good of a presentation as Nintendo has ever done, a testament to what they can accomplish when they actively read and respond to consumer demand and adjust their strategy accordingly.

While the presentation still lacked a few elements that consumers have been pining for since the announcement of the Switch (Virtual Console, where are you?), it was still a revolutionary event for the Big N. By shedding their coat of indifference and exposing themselves more to the praise, as well as criticism, of consumers, Nintendo’s stock among gamers has improved palpably. No longer the company that cares not if games with visible demand are localized, Nintendo has chosen instead to placate consumers aggravated by the Wii and Wii U. They’ve chosen to step away, for the most part, from the casual, gimmicky ethos of the past ten years and return to their roots, making great games. With games such as Super Mario Odyssey and Metroid Prime 4 on the Switch’s horizon, the sky is the limit for the House of Mario and their future is as bright as it’s been since the days of the SNES and Super Mario World. It truly is a great time to be a Nintendo fan.