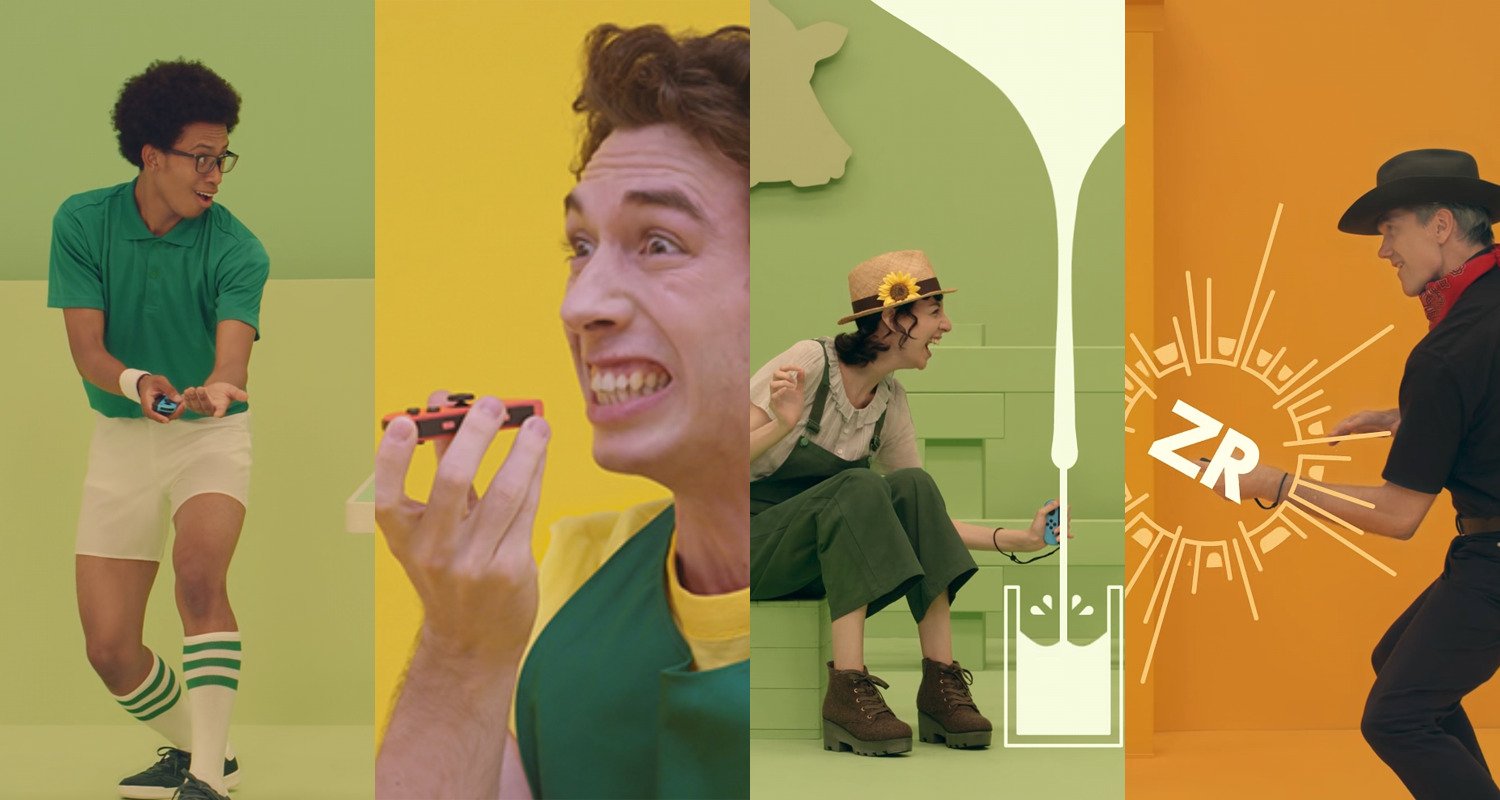 Like the Wii and Wii U before it, the Switch felt obligated to come with a party game; one that showed off the system’s fancy new gimmicks and possibly vindicated them. The aforementioned consoles came with Wii Sports and Nintendo Land (in the Wii U’s case, only the deluxe skew came with a game). Enter the Switch and its conspicuously missing pack-in title. The system came with nothing to fool around with or to test its capabilities. But this didn’t mean that one such game didn’t exist, it just costs 50 extra dollars.

1-2-Switch does indeed show a lot of what the console is capable of, from its surprisingly accurate one-to-one motion controls to its portability allowing for much more versatile gaming. It’s a multiplayer game through and through and, in any other instance, I would have had to wait for someone to come to my house in order to play, but the Switch is a different beast. The first time I actually played 1-2-Switch it was during my break at work; I was wondering how I was going to get to play it with friends during our busy week schedules, then I remembered everything I needed was sitting in my bag.

Not only does playing 1-2-Switch in the Switch’s portable mode work, but it is also preferable. Most console party games are hindered by the player’s small living space, but 1-2-Switch does away with that issue. Need a lot of room? Play in your dining room. Want to go outside? Take it down to the park, no television needed. The concept is hard to grasp at first, but only because of how convenient it is. It’s difficult to understand that the Switch has everything you need for party gaming attached to the console itself.

A game that doesn’t require a screen to be played is a brilliant concept and one that sits right at home on the Switch. Staring your friends in the eye as you milk an invisible cow or wait for a conspicuous man to yell “fire!” is a special experience. This can provide minutes of non-stop giggling as you lock eyes. Those moments are definite highlights, as long as you recognize the hilarity of the circumstances, whether intentionally present by design or not.

The Switch’s controllers work perfectly for no-screen play, because of their impressive list of capabilities. The Joy-Con are shown off with pride throughout 1-2-Switch’s 28 games, and deservedly so. Some games do feel like they could have easily been played using the original Wii remote — such as the Beach Flag game, which merely has the players shaking until their controllers vibrate — but most feel specifically attuned to the Joy-Con’s amazing capabilities. For instance, the Safe Cracking and Ball Count mini-games use the new HD Rumble to its fullest extent. The Safe Cracking game has the players turning a safe’s dial, attempting to break in. As they turn the controller it vibrates as any dial would, except that one of said vibrations is slightly different than the rest. At that point, the player must stop rotating and hold still. The Ball Count game has players shifting, tilting, and shaking the Joy-Con to decipher the number of marbles inside their “box.” This kind of precise vibration is only possible using the Joy-Con and is an absolute proof of concept.

A lot of 1-2-Switch’s games also use the Joy-Con’s motion controls brilliantly, such as the Sword Fighting and Signal Flag games. Both require extremely precise and timed movements, which the Joy-Con were easily able to keep up with. Whenever there was a failure, the blame rarely fell to the motion controls, even for those who were inexperienced with Joy-Con. We would just pick the game back up and try again, simply because it was a fun experience that we couldn’t find elsewhere. However, I did notice some issues with the Shaving mini-game: the razor never seemed to work the way I wanted, flying spastically across the lifeless model that represented my face. Fortunately, this proves to be more of an exception than a rule.

One of the only real problems with 1-2-Switch is how much it asks of the player. It doesn’t simply ask that they wave the controller in a certain motion for each game, it will often demand that they move other parts of their body as well. This is an issue of more than just player interaction (in my case, we only did what was absolutely required to compete in the game, mostly out of jadedness and somewhat out of competition), it’s an issue of design. If the players aren’t required to pose in order to succeed in the Zen mini-game, then they’re not going to. If they have no reason to stand and swivel their hips during the Runway mini-game, then they’re not going to make themselves look like an imbecile. It’s base-level human psychology.

This false demand practically disintegrated many of the games. Unless the player is a child or really couldn’t care less about their appearance as an adult, these mini-games become a shaking contest. It’s possible to argue that a game using its limitations to inspire imagination is actually good design, but my outlook is a tad less poetic. The easy solution for most games would be to add support for two Joy-Con, forcing players to actually move both arms instead of sitting and moving one, but such functionality is conspicuously missing. Of course, not many could afford the extra eighty dollars required for an extra set of Joy-Con, but the option’s inclusion would be enough to excuse these games’ demands.

1-2-Switch really only has one other problem, but it’s a big one: its ridiculous price point. For 50 USD you get 28 mini-games, about 20 of which are actually worth while and none of which will keep your group playing past the first week. For 50 dollars, 10 dollars less than Breath of the Wild, you get a glorified mini-game collection. There would be no justifiable reason to buy this game for 30 dollars, let alone 50. If this were packed together with the Switch with only 10 of the 28 games, it would be a great proof of concept title. But, as it stands, if you buy 1-2-Switch, it will be an extremely regrettable purchase, regardless of how great most of the mini-games are. Stick with Snipper Clips, Shovel Knight, and Blaster Master Zero, all far superior multiplayer titles, for less than half the price.