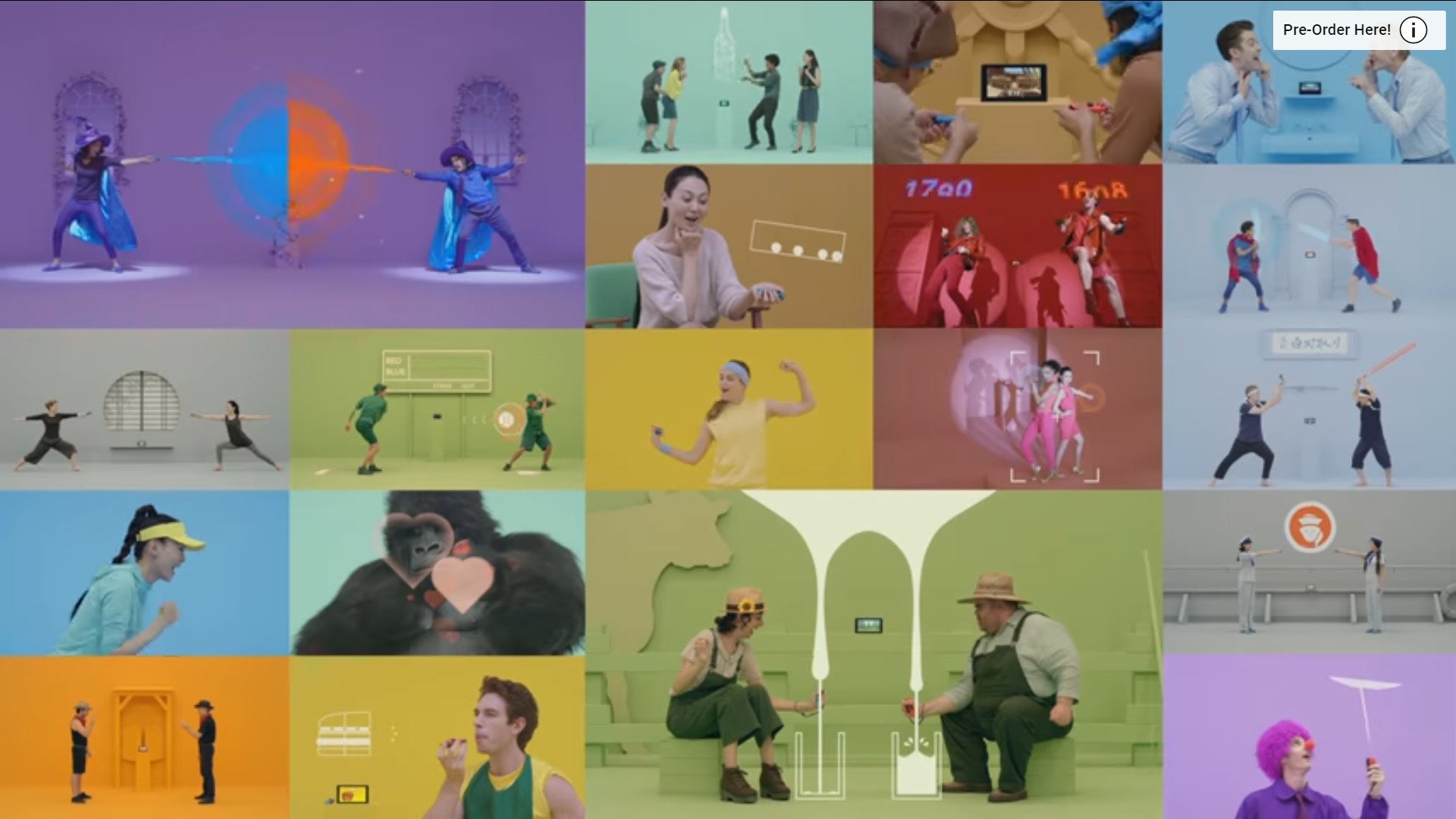 Expectations were sky-high when Nintendo began their Switch press conference last night. That incredible amount of hype quickly began to falter as the console’s price was announced ($300 when rumors had been $250) and Nintendo focused solely on hardware for the first 15 minutes of the presentation. There was one thing everyone wanted to see: games. Then, suddenly, we’re told about two games that’ll utilize the joy cons to their max potential. One was the surprisingly pretty yet intense ARMS, and the other was 1-2 Switch.

My first reaction to 1-2 Switch was laughter and fond memories of Wii Sports. The concept is a silly collection of motion-based party games for the whole family. There are plenty of themes–everything from a classic cowboy quick-draw to a game where players compete to see who can milk a cow the quickest. 1-2 Switch is obviously meant for parties, gatherings, and families, and there’s nothing wrong with that. The newly enhanced IR functionality of the joy cons apparently has enough depth to accurately convey motion, distance from objects, and various gestures, a huge step up from the Wii’s abilities.

The issue isn’t that it uses motion controls or that it looks silly–the issue is that it’s a $50 retail launch game.

Let me explain. When the Wii came out over a decade ago, it revolutionized the gaming industry. Millions upon millions of families and casual gamers fell in love with the system because 1) it was a much cheaper alternative to the PS3 and Xbox 360, and 2) it came bundled with Wii Sports. The Switch is launching at $300, the same price threshold as the more powerful Xbox One and PS4. Whether or not you think the price is justified, it does nothing to make the Switch stick out from its competitors.

If the Switch came bundled with 1-2 Switch, however, suddenly its differences are highlighted. The point of 1-2 Switch is to show off the unique functionality of the joy cons, just as Wii Sports showed off what made the Wiimote special. Families and fans of party games would–once again–buy the Switch just to have that one fun gameplay experience. Nintendo isn’t selling the Switch at a loss, so they’d be profitable even if families bought the system and never picked up another game for it. This was Nintendo’s chance to replicate the Wii’s success by shipping the Switch as a “complete package.”

Instead, because 1-2 Switch is a retail game sold separately, it’s getting torn apart as a joke that no one would ever enjoy, let alone buy. If it came with every console there’d still be jokes, but people would naturally start warming up to it and looking at it more favorably because they’d be getting it for free. Hating free things is hard to do, and viewers of the presentation yesterday would’ve begun rationalizing its presence and even trying to figure out who they’d play it with. This, in turn, would’ve generated both good will from consumers and free press  (because millions of people would play and talk about it).

1-2 Switch is a potentially brilliant idea that will likely suffer due to greed. Are gamers ever entitled to free games that take a ton of time and effort to create? Of course not. But if it had come bundled, not only would there be slightly less of an outcry over the increasingly pricey Switch ecosystem, but Nintendo also might’ve had a solid system-seller and conversation starter on their hands. As it stands, 1-2 Switch is just the butt of everyone’s Switch launch jokes.