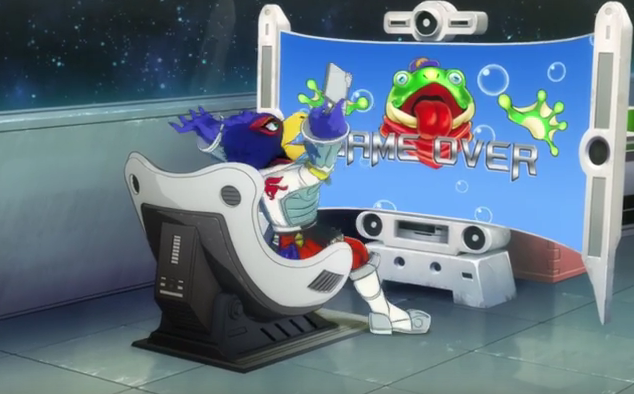 Its been well over a decade since that last big Star Fox release on a Nintendo console. Answering the cries of fans, Nintendo teamed up with action-game developer Platinum to deliver a second reimagining of the Super FX rail shooter from 1993. Star Fox Zero is a collective remake of the entire series, it adapts elements from almost every Star Fox title before it, even those left unreleased, and attempts to unify all these design choices under one banner; however, it is not without its share of criticism. 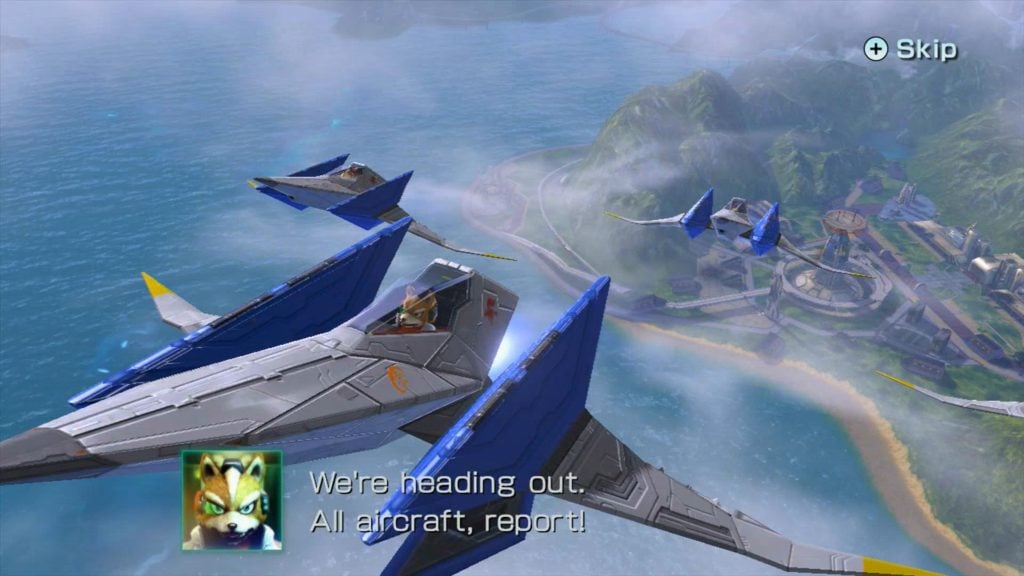 Star Fox Zero looks great on the WiiU. Its colors are vibrant and pop out.

Everything about Star Fox Zero’s aesthetics is beautiful and on-point. Graphically, the game looks very crisp and clean. The designs of the various spacecraft and robots are simplistic, yet detailed. The series flagship, the Arwing, is a nice clean coat of white and blue but features so much detail throughout. Ships can become damaged during combat, chipping away at the paint job and metal hull to show detailed engine-work underneath. Character designs make use of the same approach, retaining a lot of clean and vibrant colors with nice visual touch-ups, and it really makes the game feel like a proper visual reboot of the franchise. 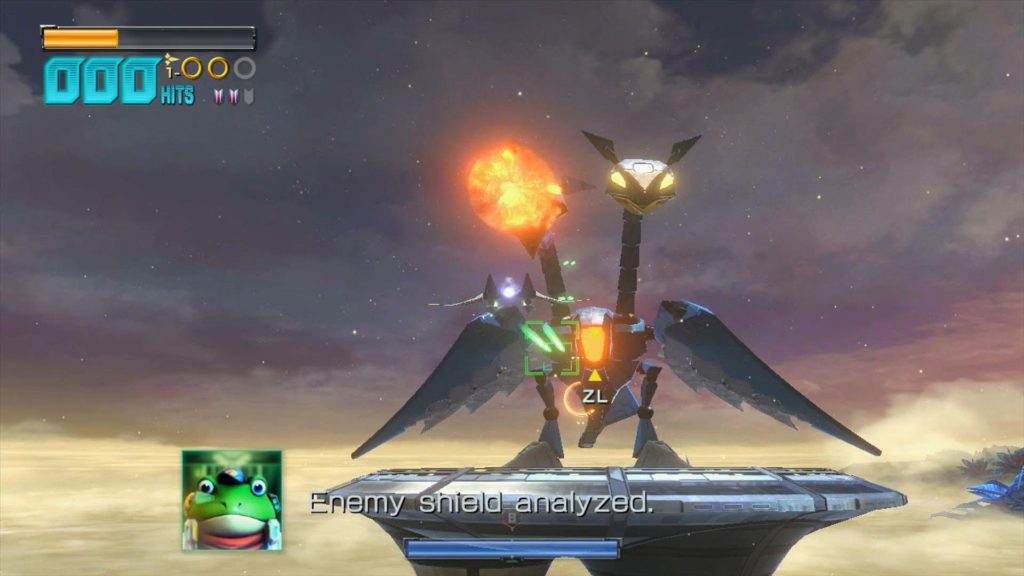 All of Fortuna feels like a beautiful reimagining of the SNES Star Fox’s visual design.

The sound design of Star Fox Zero can also be described as “updated nostalgia.” A healthy portion of the game’s themes are remixes of classic Star Fox tunes from 64 and the original SNES title. It sounds great, but it also harkens back to the fact that the game is trying to build its success on the laurels of its predecessors. The same can be said of the game’s voice cast. For a good chunk of the game’s promotion, it was pushed that a lot of “original voice actors” would be returning, but the voice work and writing fits well on its own. A lot of lines are lifted from other games (Falco drops some Super Smash Bros. quotes every now and then), but the short and cheesy lines of Star Fox 64 fit well when combined with the cartoon aesthetic Zero is reaching for. The game really does feel great when you are looking at it or listening to it.

Sadly, when actually playing Star Fox Zero, that feeling is lost. If aesthetics are what could carry Zero, then gameplay is what shoots it down. The combination of a forced first-person view on the WiiU tablet and a third-person view on the television is an absolute mess. Despite there being an aiming reticle on the television screen, it’s not accurate in showing the player where their shots going. The TV reticle is instead supposed to give an idea of where the view on the pad is centered, which means there’s a lot of room for shots to completely miss, even when the TV reticle is clearly focused on a target. The idea is to quickly swap back-and-forth from TV to tablet, with the player using the third-person view to figure out where they are spatially, and using the tablet to accurately shoot down enemies. For regular targets the player can ignore the pad completely and still do fine, but for boss battles it is integral to know how to accurately use the gyro-controls to aim and shoot. There is no option to play with a “classic” control scheme. 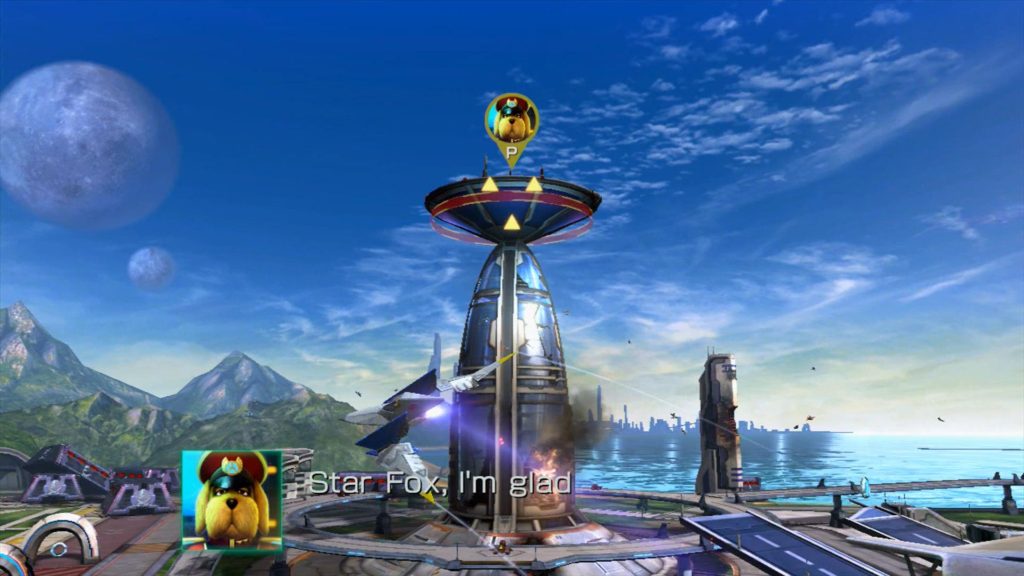 It’s no longer fully clear where you’re aiming without jumping to the tablet and away from the TV, but then you can’t tell where you’re flying.

Probably the worst aspect of the new controls is the ZL-targeting system. By hitting the left trigger the TV will focus in on a key enemy or objective. It violently re-focuses the camera on the TV but doesn’t align the reticle since Fox’s ship can still be flying in the opposite direction. This awkward camera system replaces the radar systems of old. In all previous Star Fox titles, there was a radar to help the player locate where enemies were without making them look around frantically. It was simplistic, it worked, and it’s baffling why Zero couldn’t employ a system like this other than to just push the wonky tablet controls.

Over the course of playing the game these controls will never feel natural. Even after well over five hours of play and clearing every story mission, it’s still very annoying to try and steer the Arwing where it needs to go in the off-rails parts of the game. Where the poor movement and awkward aiming stands out the most is in the alternate vehicles. In Star Fox 64 there was the Landmaster and the Blue Marine, alternate vehicles for a few special levels in the main campaign that operated much like the Arwing. In Star Fox Zero, neither the Landmaster nor the Gyrowing share much in common with Arwing, and the latter actually breaks away from the normal Star Fox formula. The Landmaster truly operates like a tank, it’s clumsy, cumbersome, and is downright infuriating to pilot with motion-controls since the player almost never wants to tilt the reticle (tablet) downward while crawling along the bottom of planet. The Gyrowing has almost no combat capability, and instead operates like a puzzle solving tool. Making use of a tiny deployable remote control robot, the Gyrowing brings gameplay to a screeching halt as the player now tries to navigate the robot in 3D-space from the first-person perspective on the gamepad. 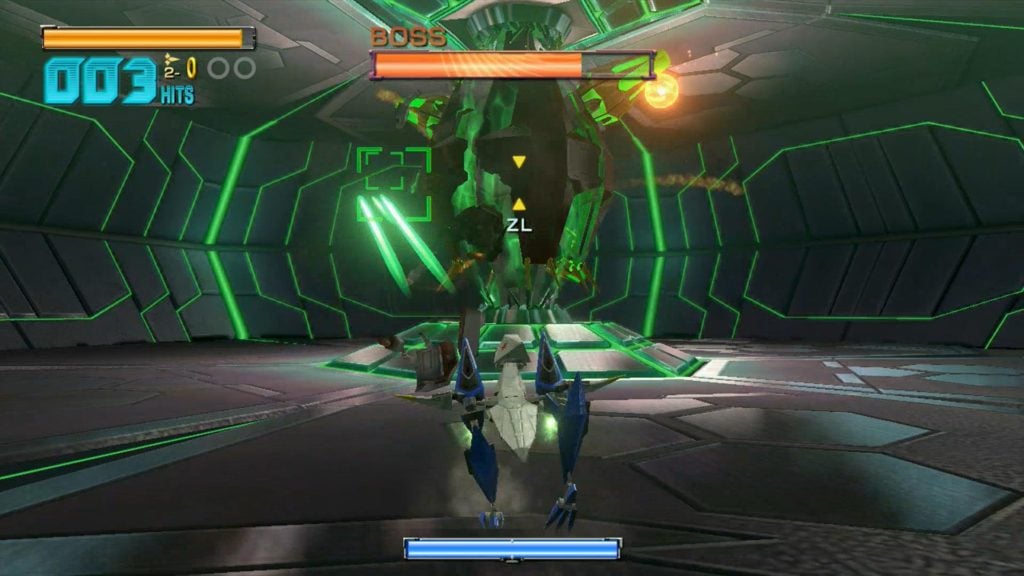 The real kicker is that both of these vehicles are outclassed by the Walker. Inspired by a similarly designed vehicle in the unreleased Star Fox 2, the Walker combines the ground-based combat of the Landmaster with hacking-based puzzles of the Gyrowing. Even better is that the Walker is a transformation ability of the Arwing, meaning the player can deploy it whenever they want as opposed to the other two vehicles that are limited to certain missions. It’s very clear that the Arwing/Walker combination could serve the purposes of the Landmaster and Gyrowing while still retaining the fast and fun gameplay of the previous Star Fox arcade-like experience. The Landmaster is clearly in for nostalgia-grabbing purposes, but the Gyrowing doesn’t have a leg to stand on.

Despite the poor gameplay and controller implementation, the game’s progression is clearly well-designed. Each stage is built in a way that eases the player into whatever new mechanic the game wants to force on them, and concludes with a boss battle that then tests the player’s mastery of said mechanics. It’s exactly how great level design is supposed to work, but rarely does it feel satisfying because of how often the player has to fight the controls while also keeping track of where they are going. 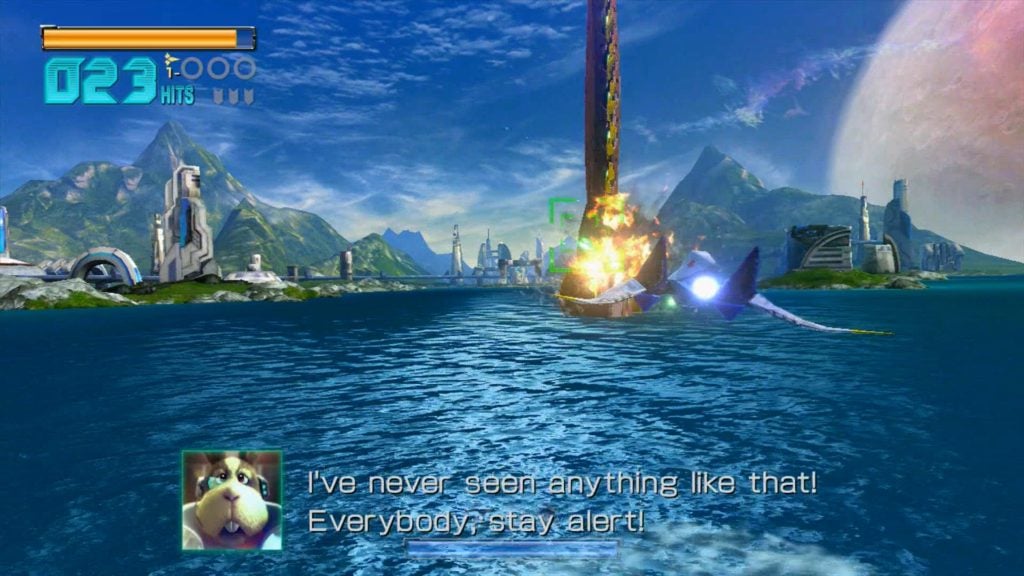 There’s plenty of incentive to replay Star Fox Zero over and over again. Collectible medals unlock special trail modes and alternate Arwing styles. The Arwings can also be accessed via Amiibo, but it’s nice to see a Nintendo title that doesn’t lock out its playerbase with their sometimes hard-to-find collectible toy line. There’s also an unlockable arcade mode, another throwback to the Star Fox games of the past, where the player advances in a linear path from beginning to end. There’s no backtracking or replaying of earlier levels aloud. It’s a fun inclusion, but it doesn’t feel like much of a bonus.

Star Fox Zero is a mixed bag of good level design coupled with bad controls. It’s a love letter of everything the series stood for, but it’s written in crayon with several misspellings throughout. Even the most diehard of Star Fox fans will probably have trouble getting through this one.