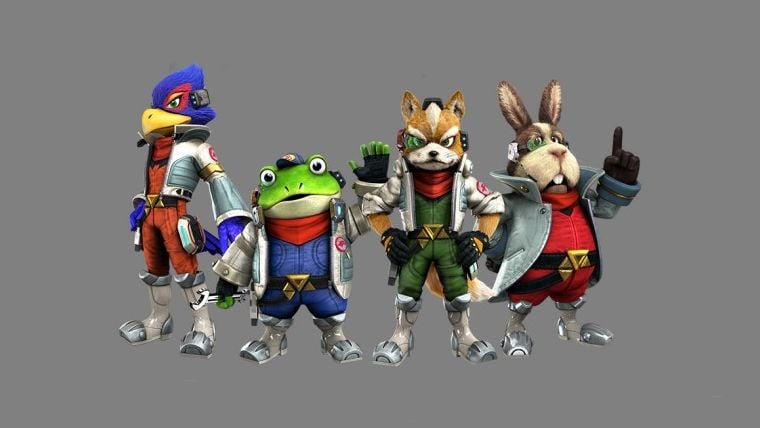 Star Fox Zero is perhaps the last big game that will be released exclusively for the Wii U and it is a shame that it has endured such unfair criticism. Fox McCloud’s long-awaited comeback has faced a wall of skepticism ever since it was first unveiled at E3 two years ago and mainly because of the divisive control system. Critics haven’t been kind to it and some have been straight up lazy when reviewing the game. Take for instance a review published over at Polygon, which didn’t include a score because the author “didn’t have the patience to play it to completion”. The game certainly isn’t without its faults, but don’t believe the hype, it isn’t bad as they try to make you believe. The game is blessed with a loose, anarchic B-picture soul that encourages you to enjoy yourself even when you’re not quite sure if you’re in control. It’s exactly the sort of rousing space adventure that McCloud and his band of anthropomorphic allies have become famous for. There are aspects that may be messy, but it’s an extremely good-natured mess, full of humor and warmth. More surprising still, the very elements that seemed most likely to ruin the game, account for much of its improbable charm.

The big issue with Star Fox Zero is that everyone has been harping on is the controls, even before they’ve had a chance to play the game, but in all honestly, the learning curve of Star Fox Zero’s control system is no different than another Wii U title, Splatoon. Remember how the motion controls in that game caused quite a bit of fuss among some players at launch, and yet it went on to sell millions of copies and win awards worldwide? That’s not saying that everything in Star Fox Zero’s control scheme works perfectly, because it doesn’t, but the hatred is severely blown out of proportion. And, anyone telling you that you need to constantly look at the GamePad is not playing the game right. Yes, the GamePad offers a cockpit view, while the TV screen shows the Arwing in the field, but you don’t have to look down on the GamePad if you don’t want to. You can easily switch back and forth between the traditional third-person perspective and the cockpit view on your television screen by simply pressing the select button – thus eliminating the need to have to look down at the tablet controller (they explain this in the tutorial, which I’m guessing most critics skipped). Aside from the motion controls, the GamePad isn’t needed for much more than sporadic interactions, such as the viewpoint of the Gyrowing’s little robot and the dialogue which is transmitted through the GamePad’s speakers. As for the rest of the controls, Star Fox Zero’s control system is very similar to the N64 classic. The left analogue stick controls your crosshairs and the direction of your Arwing while the second stick is in charge of accelerating, braking and of course, doing those barrel rolls. Using a combination of the two analogue sticks allows the player to pull off somersaults and U-turns which become essential during dogfights – and if you don’t want to use the analogue stick, these are also mapped to the X and B buttons as well. Meanwhile, the Y button allows you to re-center the crosshairs and the R shoulder button deploys your missile attack. And if a player is lost or confused the ZL will change their view to show where the target is located. The new control scheme does require you to aim with the GamePad’s motion controls, but once you start to master it (which shouldn’t take long), you’ll come to appreciate the artistry behind it.

Like all of Nintendo’s best games, Star Fox Zero gives you the tools you need and then presents you with a series of challenges which requires you to master these tools in order to succeed. Yes, the motion controls can be daunting at first, but they are not nearly as frustrating as, the camera implantation in Super Mario 64. Remember how frustrating it was to learn how to manipulate the various camera options in that game? If we can glean anything from Nintendo’s 126-year history, it’s a willingness to experiment. The original Star Fox took full advantage of the polygon processing prowess in the Super FX chip, in an era when three-dimensional polygons in a console game were very unusual. Star Fox 64 was built with the Nintendo 64’s analog control in mind and it was the first Nintendo 64 game to have included support for the Rumble Pak, with which it initially came bundled. Nintendo has always used The Star Fox games to flaunt the unique features in their consoles, and Zero is no different. A sense of familiarity pervades all of Star Fox Zero and not just because the story of Star Fox Zero is essentially a retread of Star Fox 64 (which, in turn, was effectively a retelling of Star Fox) – but because Zero shares so much DNA with the 64 classics, it might as well be called a remake.

Star Fox Zero appears to remember what made its predecessors so much fun, where when the credits are over, all you want to do is get back in line and play it again. It’s too bad some critics and fans can’t do the same. To see an expensive, triple-A title freed from creative constraints and directorial cynicism is always a rare and wondrous experience. In an industry of bloated indulgence, it’s also fair to call it great!