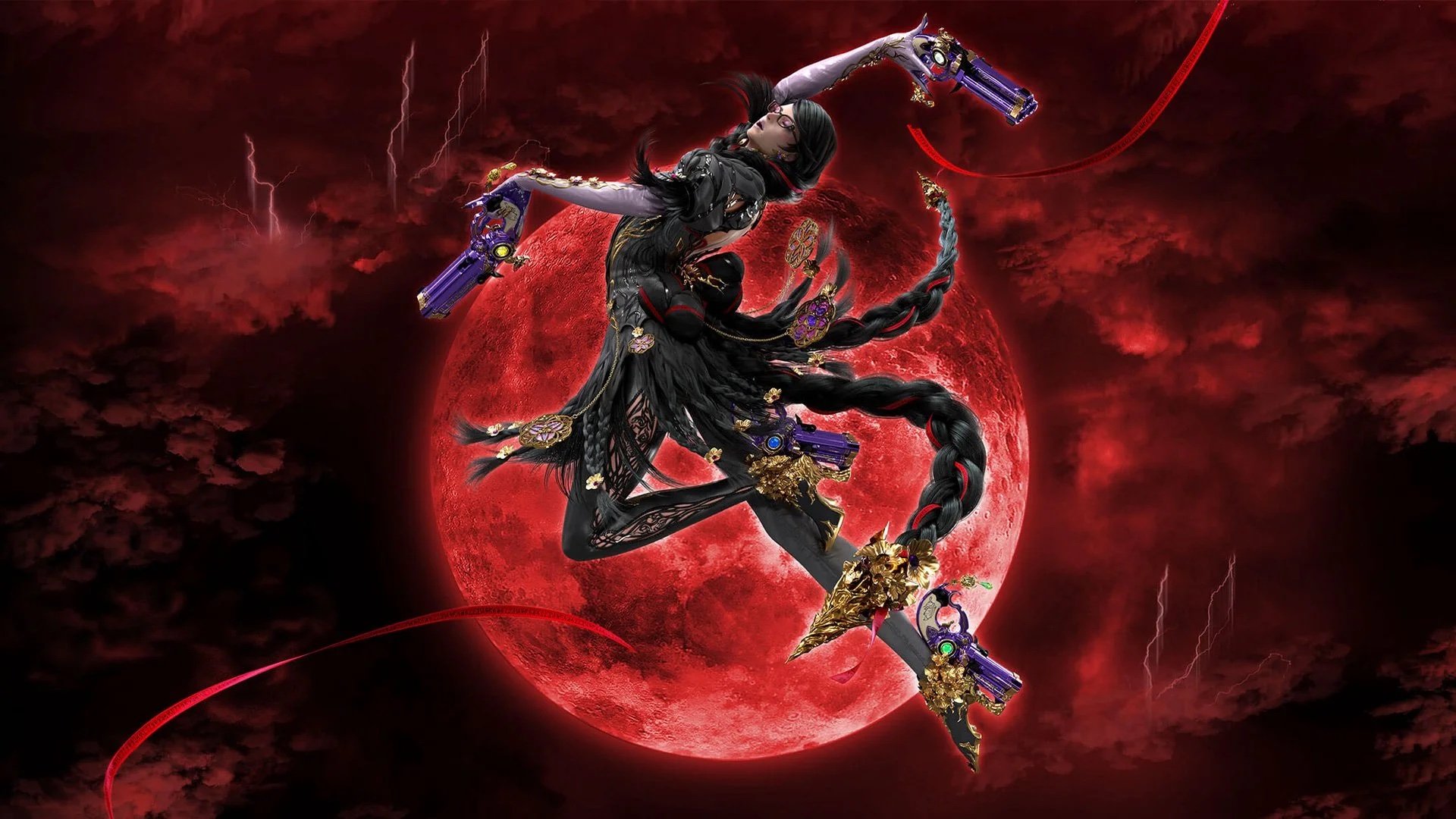 The umbra witch deserved better than this.

Bayonetta 3 from wildcard creator Hideki Kamiya and developer Platinum Games is a complete mess. After more than half a decade of development, the third entry in the Bayonetta series is not just a major downgrade from its well-received successors–it is also a far cry from everything that made the prior games beloved and absurd extravaganzas. It may not be an unplayable disaster, but between its interrupting cutscenes, stale gimmicks, embarrassing level design, kaiju-styled set-pieces that fail to be fun, and dreadful narrative, the game is bouncing all over the place in terms of quality and consistency.

While they may not have been perfect action-adventure games, there is no denying that the original Bayonetta release and its Wii U sequel Bayonetta 2 were stylized dream rides that ran with imagination. Both games suffered from flawed level design and aging gameplay decisions, but that never stopped either from keeping viewers’ eyes glued to the unpredictable lead’s story and her rather humorous and renegade allies. In Bayonetta 3, style, wit, wacky ideas, and over-the-top characters have all been watered down into meaningless elements that fuel a game focused on scale above anything else.

Weaker Than a Low-Level Demon

As the saying goes, bigger isn’t always better. In contrast to the last two entries, where Bayonetta 3 attempts to make itself distinct is placing audiences within Godzilla-sized battles–both figuratively and literally. In an attempt to be the biggest Bayonetta game yet, the latest entry stumbles hard and ironically feels the smallest due to how gameplay and story work in tandem to create a messy tango of sluggish sequences and boring set pieces. Bayonetta 3 is, at best, eye candy made by a team that does not understand the series’ combat system or character appeal.

It will only take a few battles for players to realize just how different Bayonetta 3 plays in comparison to its predecessors. At the same time, players will also see that the story takes a backseat despite the game consisting of cutscenes practically after every other battle. In an attempt to make things look grander, large-scale enemies and atmospheres diminish Bayonetta’s punchiness and fun combos as characters look and feel as if they are kicking ankles rather than knocking down foes with immense power.

Every enemy feels like they are anchored down, which in turn makes the player feel like they are fighting bullet sponges. Bayonetta 3 still has the same progression system as its predecessor and animations that make everyone’s favorite umbra witch shine, but the game is missing the series’ familiar weight and visually pleasing aspects that made killing enemies through long and calculated combos satisfying.

In a poorly executed move, all of Bayonetta’s sense of power has been given to the new Infernal Demons. Replacing the prior game’s Umbran Climaxes, Infernal Demons are massive beings from hell that Bayonetta can summon at the press of a button and control by dancing. The Infernal Demons can admittedly be fun to wreak havoc with every now and then though quite a large number of the demons move noticeably slower than others–a design decision that pays homage to classic monster movies as colossal beings move at a snail’s pace, and something that hinders boss battles (but we will get to that soon).

The Infernal Demons practically sum up Bayonetta 3; it’s all about scale for no true reason except for attempting to look impressive and attempting to give an audience more when less would have worked far better. Big action set-pieces, (for some reason) big open areas to explore, big monsters to fight, and a literal larger-than-one-world narrative. All of these super-sized decisions culminate into untapped potential at every turn and poor design choices that hinder the fun factor of Platinum Games’ best action titles.

The larger Bayonetta 3 grows, the weaker it gets, and the more distant it becomes from what made Bayonetta and its sequel shine against other action-adventure games–and perhaps this is best seen in the massive kaiju-styled boss battles which take things a step too far.

Throughout Bayonetta 3, the player will defeat the majority of the game’s main bosses by going into a kaiju-styled demon battle; Bayonetta will summon an Infernal Demon large enough to tower her opponent she runs into. Each main enemy from across the multiverse has their own Infernal Demon battle, yet not even variety can save their slow pace. These massive kaiju-styled fights have cutscenes that make the player feel as if they are about to partake in a boss battle of epic proportions, but these monster battles are ultimately just downright dreadful to play.

Rather than taking notes from something like the Rex and Ray battle from Metal Gear Solid 4: Guns of the Patriots, these confrontations are some of the slowest games of rock-paper-scissors ever conceived in a Platinum Games release. Each fight lasts roughly around five to ten minutes, yet they never aim to be challenging, intriguing, or build off the main gameplay foundation. They are spectacles powered by little to no heart that will just make the Nintendo Switch’s fan run louder.

Even in the face of massive battles and new gimmicks that had potential, the most exciting aspect of Bayonetta 3 should have been the addition of other playable characters aside from Bayonetta. Jeanne can still be unlocked when replaying the game but this time she has her own dedicated segments along with Bayonetta 3’s secondary protagonist, Viola. Taking control of Viola and Jeanne should be a lot of fun, but like this entry’s other additions, the newcomer is drowning in missed potential while the veteran witch somehow has become a tacked-on extra. While, Viola’s third-person action sections that are Bayonetta with a different playstyle are bearable, Jeanne’s side-story missions feel embarrassingly comparable to an early prototype of a 2D stealth game.

After a rather nostalgic Cowboy Bebop-inspired intro, players explore laboratories in Jeanne’s side missions. In these unskippable segments, the player has to attempt to sneak around enemy-littered corridors and hide in vents, lockers, and rooms as they slowly inch towards their objective. Jeanne’s side story missions could be decent enough breaks from all of Bayonetta and Viola’s action, but on top of being short and unengaging, there are so many segments of Bayonetta 3 that jump between genres that it gets repetitive.

Rail shooters, stealth, side-scrollers, rhythm games, and the list goes on. With each one of these short gimmicky segments that pass, the next feels less and less special. All of these extra bits of content that stray far from the core gameplay just continue to take away from the third-person action content that should be in the spotlight. Bayonetta’s quirkiness as a character, her combat capabilities, and her story are what sent the heroine to fame, not the abundance of mini-game-like scenarios she would jump between.

A Narrative From Neither Heaven Nor Hell

Bayonetta 3’s gameplay may fail to bring back the satisfying action of its predecessors and improve upon the aging level design the series has suffered from over time, but where the title shockingly falls flat most is in providing a coherent story. The idea that Bayonetta, of all characters, could explore the multiverse should give Hideki Kamiya and his team thousands of ideas to work with. Instead, the lead Bayonetta creator and his staff have opted to play it safe with a generic and predictable tale. Bayonetta 3 never sets its stakes or provides the player with any emotional value. The characters feel completely detached from their reality as those putting actual reflections of their situations on display are sidelined and rubbed off as jokes.

The main character’s quest to traverse the multiverse in search of a way to permanently stop a manmade threat opens the door to a lot of captivating possibilities. Kamiya and the writers had the opportunity to deceive and manipulate the audience in special ways only this type of story could tell. The story is as safe as can be, practically cookie-cutter. Bafflingly, the game never aspires to meaningfully develop everyone’s favorite umbra witch. Worst of all, Bayonetta only suffers from this entry as the game deconstructs her character to nothing.

Bayonetta is not a total damsel in distress in this game, but she might as well be with how much saving the character’s multiversal counterparts need and the number of times someone has to step in to help her. In the first two Bayonetta games, the character was a powerhouse that wouldn’t take orders–she would only hand them out. Bayonetta has been disrespected and torn apart with this entry as she bumbles through a plot that already has plenty of holes, confusing aspects, and inconsistencies. If it weren’t for Jennifer Hale’s performance, there would be almost nothing redeeming to this version of Bayonetta–and all her iterations from across the multiverse. The actor does a great job—sometimes arguably even better than Hellena Taylor—but the softball and lazy script lacks any weight or meaning.

And that’s just Bayonetta’s characterization that has been hampered with this entry. Much of the returning cast suffer in their own ways, while newcomers like Viola and the villain are not made interesting enough to stand on their own. Viola is intended to be the secondary protagonist working alongside Bayonetta, but she is not given a proper story arc or any meaningful moments that help the player question who she is. While voice actor Anna Brisbin is doing a fine enough job, not even her performance can save the awful script from getting any better. Once again, for a game with so many cutscenes in between battles, the audience should be given a worthwhile story. If the story was going to always be given a backseat, gameplay should have been at the forefront and the majority of the playtime.

To top it all off, Bayonetta 3 is somehow the worst-looking game in the series thus far. It pales in comparison to its predecessors who aspired to do more with less. Whereas the original game bathed in a gothic theme paired with a sepia filter, and the sequel opted for a brighter color palette that often popped, the third entry has no self-identity that reflects its cast. Bayonetta 3 is constantly using grainy and muddy visuals that just feel reminiscent of games from the late-sixth and seventh generation of consoles.

Bayonetta 3 does not learn from its predecessors as it ditches true style in favor of mega-sized set-pieces that are overly ambitious for the Nintendo Switch’s hardware to begin with. For the first time in the series, the visuals of Bayonetta 3 are just as unmemorable as its story.

It’s Not Time to Hit the Climax

At its lowest, Bayonetta 3 is an insult to a cult franchise that has slowly rebelled into fame, and at its highest, the game is a passable action-packed letdown that is only recommendable at a deep sale. Bayonetta 3 may have decent enough gameplay to keep players in check and a handful of engaging action scenarios to partake in, but that does not stop the fact that the game tremendously suffers from a poorly written story, lack of lovable characters, boring side missions, and boss battles that should be epic but are just slow and bloated. Bayonetta 3 is a mess and a failure of a sequel that utterly pales in comparison to its two predecessors.