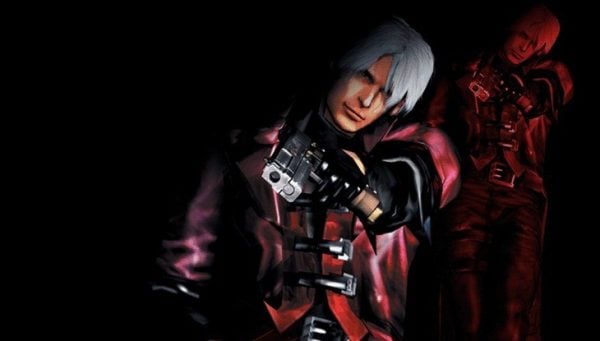 Shigeru Miyamoto’s Super Mario 64 defined contemporary 3D platforming: that’s a fact. Before the diminutive plumber made the transition to a lesser-flat plane of existence, the video game industry had seen its fair share of 2D platformers. In a market already saturated with Mega Men, Castelvanias and Ninja Gaidens, audiences were hungry for something new, and with the birth of the PlayStation and the Nintendo 64, it was the underutilized 3D worlds that would whet their appetites for the years to come. 1996 gifted Nintendo fans the opportunity to transcend the linearity of the standard two dimensions with Super Mario 64: the player freedom, the intuitive controls, and the colorful worlds acted as an invitation to explore every nook and cranny, whilst integrating varying degrees of verticality unseen in games of old. However this exciting innovation came with its own caveat: all 3D adventure titles would have to dispense with the archaic, stiff controls of old (we’re talking standard Resident Evil controls: select direction, push upwards on the analog stick/D-pad) as a new golden standard had been introduced, and it was here to stay.

But wait, what the devil has all this got to do with Devil May Cry? Before its debut in 2001 on the PlayStation 2, the 3D platformer was an already reputable genre – the secrets of the Mario formula had been extracted and implemented by revered developer, Rare, for their own high-end quality titles such as Banjo Kazooie, Donkey Kong 64 and Conker’s Bad Fur Day, but (most) of these were children’s games, and something for the whole family to enjoy. Where were the adult-oriented titles? Why not just substitute the happy-go-lucky Mario for a sword-wielding warrior with a kick-ass attitude? Enter director Hideki Kamiya and his iconic contribution to 3D action games: Devil May Cry.

Right off the bat, we see our white-haired protagonist, Dante, fend off the vicious attacks of a mysterious stranger in an action cutscene that would make John Woo blush. After being impaled by a sword, our hero Dante avoids being crushed to death via motorcycle by rapid-firing at the incoming obstacle with his twin pistols Ebony and Ivory. Despite the player not having played anything at this point, the cinematic tone is established, the plot is revealed and the genre is clear – gamers found themselves on the precipice of the unknown: the ultimate evolution of the 3D hack-and-slash game.

The first encounter with the disheveled Marionettes acts as the ideal introduction to the intricacies of the combat system. Capcom knew it wasn’t enough to simply survive against a horde of the undead – they’d already perfected the art with their ubiquitous Resident Evil series – instead, the player is given the tools to wreak havoc on their enemies with an explosive arsenal of supernatural weapons, and yet even this wasn’t enough. If the player was going to lay the smackdown on the devilish entities then they would have to do so in style. Constantly attacking enemies without interruption, mixing devastating combos, and even taunting in suitably cocky fashion would highlight specific buzzwords at the side of the screen ranging from “dull” to “stylish” depending on the aforementioned criteria. The more stylish you are the more orbs (the game’s currency) Dante would accumulate, granting the player the opportunity to purchase improved combos and specific abilities that prove invaluable in the latter half of the game. The inclusion of the easily-disposable marionettes eases players into the world whilst intuitively informing them of the game’s requirements: “annihilate the bad guys, but do it with style.”

There’s a common theme emanating from Devil May Cry and it revolves around the idea of player empowerment. If Shinji Mikami’s Resident Evil series was an exercise in survival horror and its focus on character vulnerability and fear, then Devil May Cry is Hideki Kamiya’s experiment with inversion of the gaming zeitgeist – give the player the abilities to make the enemies fear Dante. It’s a sadistically comical survival horror from the perspective of the unsuspecting marionettes. Basic gameplay mechanics that seem obvious now, but had been overlooked in the past, like firing your weapons whilst on the move were revolutionary concepts in 2001. Likewise, the ability to seamlessly switch between slicing-and-dicing enemies with a sword, and ripping them apart with a barrage of bullets from your long-range weapons exemplifies Capcom’s dedication toward ensuring player dominance. Combat-juggling made its debut in the 3D world, as Dante can continue his combo assault on airborne enemies, and then there’s the classic twin-pistol-juggling as you maintain a demon’s aerial presence by continuously shooting them whilst defying the laws of gravity–why not mix it up and do both? The possibilities are endless.

The game’s no push-over either. The stress-free opening shouldn’t disguise the fact that Devil May Cry is notoriously difficult as the player progresses deeper into the castle setting. It’s one thing to defeat a slow-moving marionette, and it’s another when going toe-to-claw/leg with a giant magma spider/scorpion/hell-beast. Boss battles in particular challenge the player to encompass everything they’ve learned to overcome the epic challenges – bosses possess a larger health gauge than Dante, their attacks are far more devastating and harder to evade than the average demon, and, ultimately they take up much more space than Dante, thus preventing the maximum maneuverability the player took for granted prior to the encounter. Even enemies like the Blades (lizard men with swords and shields) that predominately replace the marionettes in the latter stages of the game, can prove a handful if the player grows careless. The sense of empowerment is ever-present, but that also doesn’t mean the enemies can’t become increasingly more formidable – Resident Evil excelled in providing the player with a sense of self-gratification after solving multiple puzzles, Devil May Cry’s gratification stems from mental conditioning, familiarity and adapting to enemy attack patterns  – executing the same combo for every enemy simply doesn’t work, one size does not fit all.

It’s hard to imagine the likes of God of War, Ninja Gaiden Black or Bayonetta existing if it hadn’t been for Devil May Cry. Whilst the game might not be perfect – the camera angle would occasionally obscure the action on-screen – it introduced a series of innovative gameplay standards that can never be ignored. It’s also easy to identify the specific traits subsequent titles highlighted as their design focus: God of War‘s inclination towards showcasing epic boss battles and set-pieces, Ninja Gaiden‘s approach towards delivering a fast, frenetic combat experience, and Bayonetta‘s incorporation of all of the above and its own brand of eccentric style and wit (no surprises there as this was also directed by Hideki Kamiya).

This was originally an article dedicated to the significance of Devil May Cry and its legacy concerning the 3D action-adventure, but really maybe it’s Mario to whom we should be thanking.

Editor’s Note: This article was originally published on May 21, 2016.