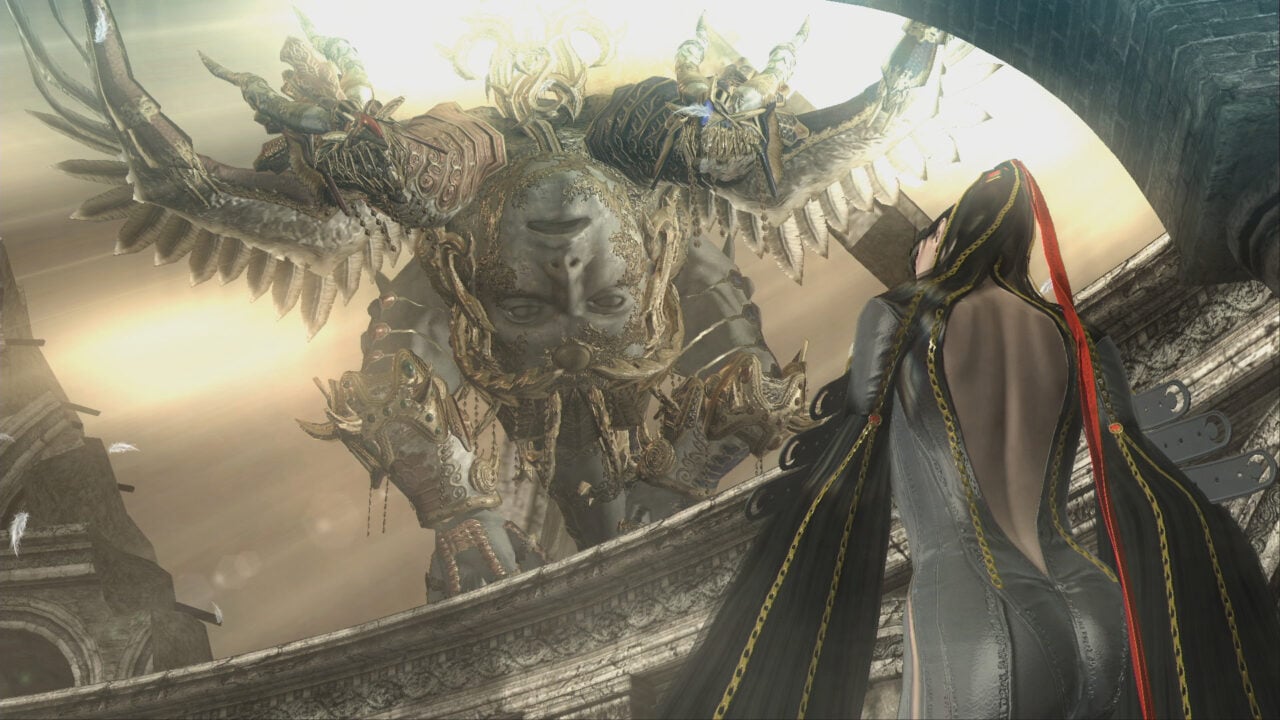 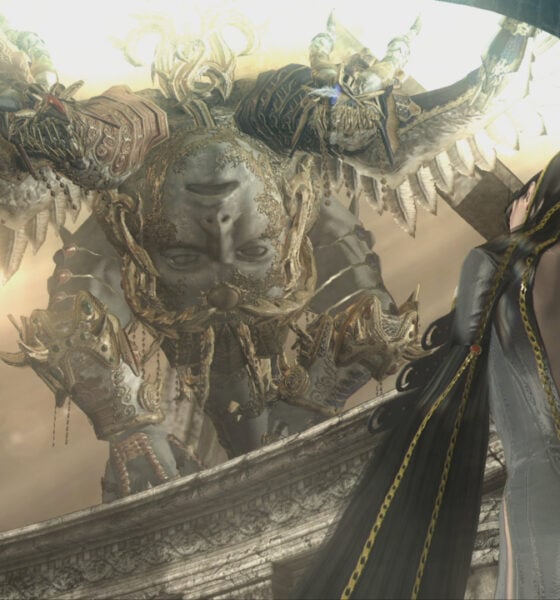 Ranking the Bosses of Bayonetta

In Bayonetta, every boss is like the final boss, but are they really? Let’s find out by ranking the bosses of Bayonetta 1.

What is the best boss battle in Bayonetta?

With untold confidence and an excessive, irreverent attitude, Bayonetta turns every fight into what could be the final boss of any other game. At its best, the malleable combo system and exciting scenarios make combat scenes into a continuous power trip. Bayo’s four guns and her propensity for violence might have helped too, as does for her enthusiastic celebration of her sexuality. But let’s not open that can on worm again! To celebrate the announcement of Bayonetta 3, here’s our ranking of the bosses of Bayonetta 1, worst to best! Let’s argue about that instead!

Let’s get this straight, the intro scene with Bayonetta and her clone doing their little vogue show-off battle is great, but that’s about it. Joy has no real second phase and even the short platforming section we get at the start of the fight isn’t anything special. Midway through the battle, Bayonetta’s clone changes her looks as she’s revealed to be Joy, a humanoid angel. Some 20 seconds later, the fight is over.

Besides being too short, this encounter is basically the same as Jeanne’s, but far less interesting. The arena is just a circular room in a building and Joy’s attacks lack the grandness and absurdity of the other boss fights. There isn’t even a finisher moves as the fight ends. No witch hair turning into a giant spider, no disembodied arms. Is this even a real boss fight?

Sapienta looks more like a Metal Gear than a Bayonetta angel. It’s one thing to make a less organic boss, but having it shoots actual rockets is just plain weird. Other enemies are inexplicable combination of marble statues, esoteric imagery, and regular angels. This one just looks like a lizard with wings, which is just about the least terrifying animal I can think of. Perhaps a duckling would be less scary, but still, lizards are pretty low.

This is the only fight that doesn’t take place at least in part on solid ground, and given how it turned out, that’s for the best. Bayonetta surfs around the legs of the angel with no momentum, stopping and starting instantly. Turning is somewhat limited, not so much to make the surfing realistic but enough to be annoying as hell. Hitting this big lizard in the knees would be undoubtedly cool if staying still didn’t look like breaking the game.

The first real boss of the game, Fortitudo is a gigantic beast built from tentacles, marble busts and a dragon’s head. It’s all par course for the series, but excessive and grand for the standards of most other games. The angel tries to explain the plot to the player, but Bayonetta has better things to do, like making sure her lollypop survives until the end of the fight. The cheekiness is on point, the fight is just fine, and the end arrives by suplexing the dragon into submission. It’s a shame, then, that the fight itself is kind of weak.

Make no mistake, we’re not talking about complexity: for the first boss of the game, that’s to be expected. But yet the fight is left hanging between a basic exchange of blows sand a gimmicky arena that rebuilds itself after being destroyed. The first phase is quite weak: the player is stuck dodging easy attacks before going for the easy opening, as if this was a Zelda boss. The second phase is a bit better, closer to most boss battles, with attack and defence times less thoroughly divided.

Bayonetta’s bitter, brainwashed ex co-worker, Jeanne starts out as our recurring antagonist before saving the day in the game’s finale. The cutscenes that accompany this fight are gorgeous: seeing the two witches fight in sync with one another after so many slow, giant bosses is refreshing. At least in the pre-rendered scenes, their movements look more like a dance than a duel.

Just as the fight with (Bayo clone), this boss is quite quick to go through, as long as you can keep avoiding her attacks. Unlike other bosses, and just like the regular fights of the game, she doesn’t have clear moments of vulnerability followed by a barrage of attacks. Maybe that’s why this feels like a real duel, and not a set piece dressed as a fight. As for why this boss isn’t higher on the list, there’s two issues: the arena where the fight takes place is a bit basic, and Jeanne’s second fight is a straight improvement.

Definitely a real final boss, and like every other final boss he sorta just pops up in the last couple hours of the game. He who was the narrating voice to Bayonetta’s memories turns out to be just another 1v1 human fights, like the ones with Jeanne and Joy.  Thankfully, those are some of the best battles in the game.

Outside of the occasional ranged attack and Father Balder’s flying abilities, this isn’t a complex fight. Like others humanoid enemy, the fun part is sneaking in attacks while avoiding his attacks. The difference, then is that Balder’s attack hit really hard, making for a fight that is as tense as it is satisfying. If this fight has any real problem is that it’s a bit bland, especially for the fake-out final boss. The set pieces are definitely creative, like the slow-motion lipstick/bullet to the head, or the part when you play volleyball with a satellite, but they’re not enough to save the whole fight.

By losing to Bayonetta, fake final boss Father Balder has made our protagonist into a tool for resurrecting Jubileus, the big villain that’s been namedropped since the start of the game. In the first part of this fight we play as Jeanne, riding her motorcycle up the shaft of a rocket until she reaches the space, where Jubileus is. Jeanne extracts Bayonetta from goddess’ body but doing so the giant enemy loses control, and the real fight begins.

Cool opening scene aside, none of this is final boss material – not after all the fantastic battles that precede it. It’s still a good fight, don’t get me wrong, but it isn’t nearly as excessive as a Platinum Games final boss should be. The loop of about avoiding projectiles while running towards Jubileus’ weak points gets old fast, and beside a change of arena and some minor intermission, it stays exactly the same until the final blow.

An extremely imaginative boss even for Bayonetta’s standards, Iustitia mixes the series’ classic “big floating head” design with creepy giant tentacles. Big angel heads and tentacles, together at last! The fight itself is impressive too, with a sense of scale unmatched by most other bosses: the arena is a massive hole in the ground from which rocks raise in the air, held by Iustitia’s vines; the distance between us and the angel’s floating body means that we have to ride over the enemy’s long protuberance to do some deal damage and cut its tentacle-arms.

As Iustitia begins breaking the arena, and we cut even more of his arms, he’s forced to attack with the floating orb that is his body, triggering a finisher move and the end of the fight. This is where this boss loses a few points: not only there’s no real second phase, but there’s no absurd, over the top scene ending the fight. Iustitia is dragged to hell, as usual, and Bayonetta just walks away. A real shame.

Bring enough money to Rodin, the smith and shopkeeper of the game, and he’ll let you “see the real me”. Turns out Rodin used to be an immortal blacksmith angel and, well, he’s still all three! The fight with Father Rodin, The Infinite One is surprisingly short if you know what you’re doing, but terribly punishing otherwise. His attacks aren’t always telegraphed and getting hit even once means losing a large portion of health. More than any other fight, this is a pure test of the player’s skill.

Rodin doesn’t really try to avoid damage, only rarely retreating in the middle distance to throw a ranged attack at the player. The real challenge of this fight is that there isn’t a moment where closing in for an attack is safe. Instead, players must constantly attack while trying not to leave themselves exposed. Perfect dodges become essential, since they allow to get more than a couple hits in each time. Overall a great battle, if a bit lacking in spectacle.

“I feel like a fucking celebrity in this town”, says Bayonetta, before a bus absolutely smashes her into the ground. This is a great fight, with a great start and an even greater angel as ancient as time. With its wiggly, machine-gun fingers, Temperantia takes the Fortitudo boss fight and turns the hype all the way up.

What really makes this fight is the beginning and ending cutscenes. In the latter, a fountain shaped like an angel just happens to fall on a gas tank at the right angle ,so that it starts peeing gasoline on Temperantia. When she’s done metaphorically roasting the angel, Bayonetta taps her gun-heels on the strip of oil connected to the gas tank and… nothing. She sights and resigns herself to shooting the statue in its, uh, water hole, as fire engulfs the angel and demonic hands drag him to hell.

Deceptively, the first phase of this second fight looks like a simple repeat of our first encounter. In reality, there’s a single detail slightly out of place, one that makes all the difference: the arena. Starting atop of a skyscraper, we soon jump to the side of a collapsing building (collapsing as in “currently falling to the ground”). If that wasn’t enough, the next phase takes place on top of an active rocket. A scene chaotic and powerful, helped by a camera and an adversary that refuse to stay still. A scene so good it is almost repeated in the finale.

And that’s not all that’s new here, dynamic is the name of this fight. Jeanne loses her dress mid-fight to turn her hair into clothes, the way Bayonetta does, as the title card finally calls her “Umbral Witch Jeanne”. The two throw a missile to each other as if it was a hot potato. They jump from on top of that rocket to another rocket. The ending cutscene has a quite powerful moment, too; possibly the only one in the game. That’s got to be worth the first spot.