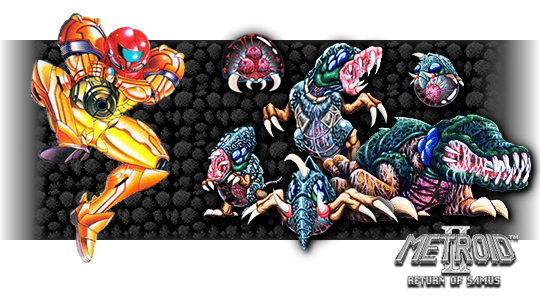 A Look Back At Metroid Ll: Return Of Samus

Metroid ll: Return of Samus is by no means a masterpiece that changed the gaming scene like Super Metroid or Metroid Prime. In fact, this 1991 Game Boy title was met with fairly mixed reviews from critics. Most of these issues can be blamed on the limitations of the Game Boy itself, such as the lack of graphical detail in the enemies and environments. However, a closer look at this underrated gem reveals a slew of intriguing design decisions that many of the future games were based upon. Metroid ll should not be regarded as the black sheep of the series, but instead should be welcomed into the family.

Any game released on the original GameBoy is bound to be limited in scope, however, this is not necessarily a bad thing. Handheld experiences are more suited for quick sessions that are built upon the sensation of progress being made with each play. Metroid ll takes this idea and successfully applies this to the formula that the first Metroid built. Instead of simply throwing the player into the game with no purpose, Return of Samus gives gamers an objective right from the start. Every metroid on the planet must be eliminated, and a count is displayed on the bottom right of the screen to track this progress.

Save points are fairly easy to come across

The concept of tracking down metroids and destroying them works perfectly for a handheld, as it results in a simpler kind of Metroid that still retains the things that made the original great. The game still takes place within one large map, however, the level design creates a more linear experience that works really well for smaller play sessions. Save points are strategically littered throughout the game, making it very easy to make progress over time. It’s also much more difficult to get lost in this game, as the limited scope of the world creates very little room for serious exploration. These design aspects combine to form an addictive experience that consistently rewards the player without frustrating them.

Most of the staples of the Metroid series are alive and well in Metroid ll, including powerups, collectibles, and caverns crawling with enemies. Combat remains the same as the first entry in the series, albeit a bit more cramped. Samus’ sprite takes up a large portion of the screen, and while it looks great on GameBoy, it certainly makes avoiding damage difficult. Taking out enemies with the arm cannon is still a blast, especially when having to take down the metroids. New powerups, like the spider ball that allows Samus to climb any surface in morph ball form, vary the gameplay enough to keep things interesting while the player hunts down the remaining creatures.

Some creatures are stranger than others…

In many ways, Return of Samus is the perfect game for newcomers to the series. Simplified level design and gameplay offer an easier start to a fairly challenging series that commonly overwhelms new players. Comparing this underrated gem to the other titles in the series really isn’t fair because of the limitations of the console it was developed for. However, it does accomplish exactly what it set out to do; create a fun handheld experience that still retains the feeling of a fully-fledged Metroid title. Even though it is often out-shined by Samus’ Game Boy Advance adventures that came years later, it remains fun to this day and deserves to be recognized as a fine iteration in this long-running series.