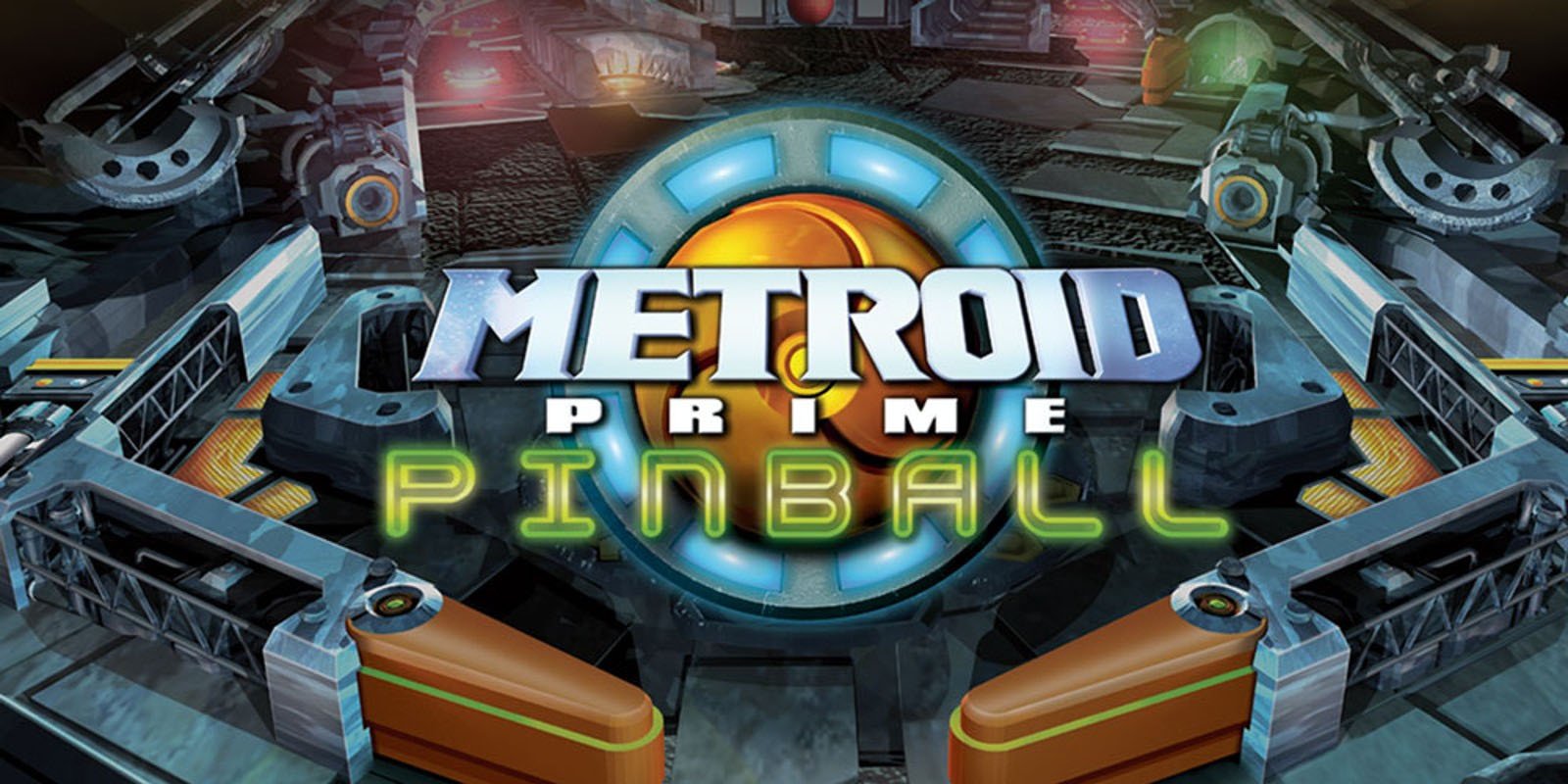 Metroid and pinball go together like peanut butter and tuna. Which is to say the duo pair better than most might imagine. Nintendo franchises are no stranger to spin-offs, but not every series lends itself to diversions quite like Mario, Pokémon, or Kirby. The likes of The Legend of Zelda or Fire Emblem seldom receive spin-offs, when they do, they’re typically grounded in what defines their respective sources — no go-karts or Olympic Games here. Metroid values immersion and isolation above all else. Virtually every Metroid immerses audiences by placing Samus in an isolated world and asking you to forge your own path forward. Each Metroid game innovates in their own right, but the best are as immersive as they are isolating. All qualities Metroid Prime Pinball shares.

The average Metroid innovates so never to be derivative; no two titles are alike. Metroid I is uniquely oppressive, Return of Samus is a slow burn about genocide, Super Metroid is arguably the greatest video game ever made, and Fusion is a gauntlet of tightly crafted horror vignettes. The average Metroid immerses you into the game world through clever environmental details and smart hud design. Information is mainly conveyed visually which encourages audiences to engage critically. The average Metroid isolates you from safety. Gameplay’s focus is on your experience and relationship with overall game design. Distractions are minimal and dialogue is nearly non-existent.

There is nothing else like Metroid Prime Pinball in the franchise. The Nintendo DS’ dual screens allow for enough visual information and space for boards to simulate proper pinball cabinets. The gameplay is not immersive in the same way as a traditional Metroid, but PP’s aesthetic is grounded in the likes of a licensed pinball table. A clear amount of effort went into maintaining the series’ sense of style, even if just superficially. Samus’ Morph Ball functions as your ball, each table is based on a region from Metroid Prime, and there are mini-games based on core mechanics. Throw in a remixed soundtrack courtesy of Kenji Yamamoto & Masaru Tajima with sound effects ripped directly from Prime, and Prime Pinball is aesthetically at home with the rest of Metroid.

When it comes down to it, though, a pinball spin-off should prioritize pinball above all else. Prime Pinball goes the extra mile in easing Metroid fans in, but the focus is very much on offering an addictive pinball experience in the comfort of your hands. Developer Fuse Games already had experience with the genre, releasing Mario Pinball Land for the Game Boy Advance in 2004. Consequently, Metroid Prime Pinball has all the polish and confidence expected of a mechanical sequel with none of MPL’s poor physics or lackluster table design.

Prime Pinball’s greatest strength is how easy the game is to pick up and play. Gameplay is split up across three “Mission” modes: Multi, Single, and Wireless. All three modes abide by their own set of rules and feature unique design quirks. Wireless Mission is a multiplayer mode designed around the DS’ Download Play function but can be played alone. Magmoor Caverns is Wireless’ only playable table and the mode ends as soon as someone reaches 100,000 points. Multi Mission is the closest thing MPP has to a campaign, letting you start on either the Pirate Frigate or Tallon Overworld. From there, you need to obtain 12 Artifacts through mini-games while traveling between different regions — all of which can be played individually in Single Mission as standalone tables.

One way Prime Pinball comfortably fits in with the rest of Metroid is through its tight control scheme. Flippers have an immediate snappiness that play off the ball’s responsiveness. There’s no lag, unnatural slowdown, or floatiness to accommodate a scrolling screen. Everything you need to see is always displayed on the DS’ screens, just like a real pinball table. Boards are even slightly tipped for some arcade authenticity. The controls themselves are simple enough. The L Button and Left Button on the D-Pad control left flippers while the R Button, A Button, and Right D-Pad Button control right flippers. You can also rub the bottom touchpad to nudge the table in any direction. While not as useful as a traditional button, nudging is a harmless way of utilizing the DS’ touch gimmick.

Something important to keep in mind is that Samus actually has a health bar in her Morph Ball form that you need to keep an eye on. Bump into too many hazards and you can lose a ball without it ever leaving the table. Tables actually feature enemies who can hurt Samus. Your Morph Ball can deal damage, but only if it has momentum, otherwise leaving you defenseless. Pressing the B Button lets you drop Morph Bombs in your path which deal damage to enemies or boost your ball when detonated. Morphs Bombs regenerate slowly and you chain a total of three at once. Timing your bombs in conjunction with nudging is a reliable way of manipulating the Morph Ball.

Pressing Y lets you drop a single Power Bomb that kills any enemies on-screen and damages bosses. Power Bomb ammo is very scarce, so you need to be strategic about planting any. Lighting up all the “SAMUS” letters on a table allows you to trigger Combat Mode. Samus will transform out of her Morph Ball in the center of the board and start firing her Arm Cannon automatically. You can rotate Samus with the shoulder buttons/D-Pad along with firing Missiles by pressing X. Unlike Morph Bombs, Power Bombs and Missiles are not default weapons in Multi Mission. Instead, you need to unlock them in Phendrana Drifts and Phazon Mines respectively.

Other than going for high scores, the meat of Prime Pinball is Multi Mission’s Artifact Hunt. By completing certain objectives (usually mini-games), you can obtain Artifacts that will unlock the Artifact Temple once all 12 are collected. Beetle Blast, Shriekbat Shootout, and Triclops Terror all task you with killing enemies on the table; Phazon Multiball puts you in control of a pair of red and blue balls that you need to knock through color-coded Phazon; and Wall Jump has you pressing L and R in rhythm to platform up a vertical shaft full of enemies.

Multi Mission starts you out on one of two full tables: the Pirate Frigate and Tallon Overworld. Both have their own mini-games, environmental gimmicks, and obstacles to contend with. Tallon Overworld is your traditional table — you have two flippers at the bottom screen, there are plenty of ramps to build combos off, and board design skews towards being beginner-friendly. A pleasant rain effect plays over the visuals and you can trigger a multi ball mode by knocking three balls into Samus’ Gunship on the top screen. The Pirate Frigate features a secondary right flipper on the top screen, helping you access hard-to-reach spots while sporting a more complex layout.

Two Artifacts are locked behind the game’s boss tables: Phendrana Drifts and Phazon Mines. Your goal on each board is to defeat Thardus and the Omega Pirate respectively. Dual flippers appear on both screens, with the top serving as a simple boss arena and the touchpad a “safe zone” where you can kill enemies to replenish health or farm points if you’re desperate for Extra Balls. Phendrana is swarming with Triclops that can grab the Morph Ball and toss it between the flippers while the Phazon Mines are teeming with Space Pirates who fire beams at Samus. You need to avoid enemies while actively damaging bosses. Combat never gets too frantic, but it’s a testament to Prime Pinball’s quality that boss fights are always engaging.

Obtaining every Artifact unlocks access to the first of two endgame tables, the Artifact Temple. Your goal here is to activate 12 pillars by firing balls into them and dodging Ridley at the same time. You’re given multiple balls at the start of the table, but Ridley will actively try to destroy them. Completing the Artifact Temple transitions you to the Impact Crater where your final in-game task is defeating Metroid Prime in a two-phase boss battle. Getting through Multi Mission can feel like an endurance match — especially since you need to play through a minimum of 5 tables to complete the mode — but there is a zen that comes from getting lost in the art of pinball. It can take nearly an hour to finish Multi Mission casually, but that time flies like in any other Metroid.

Metroid fans should not expect exploration, platforming, or environmental storytelling out of Prime Pinball, but that doesn’t mean PP is worse off. Nintendo has a habit of cheapening their series through countless spin-offs (something Metroid is no stranger to thanks to the likes of Federation Force), yet MPP clearly respects its source material on a foundational level. Fuse Games injected as much Metroid as they could while keeping the core experience pinball focused. More importantly, there’s a simple elegance to pinball that just fits a premiere franchise like Metroid. Addictively fun, Metroid Prime Pinball is the weird spin-off that works.