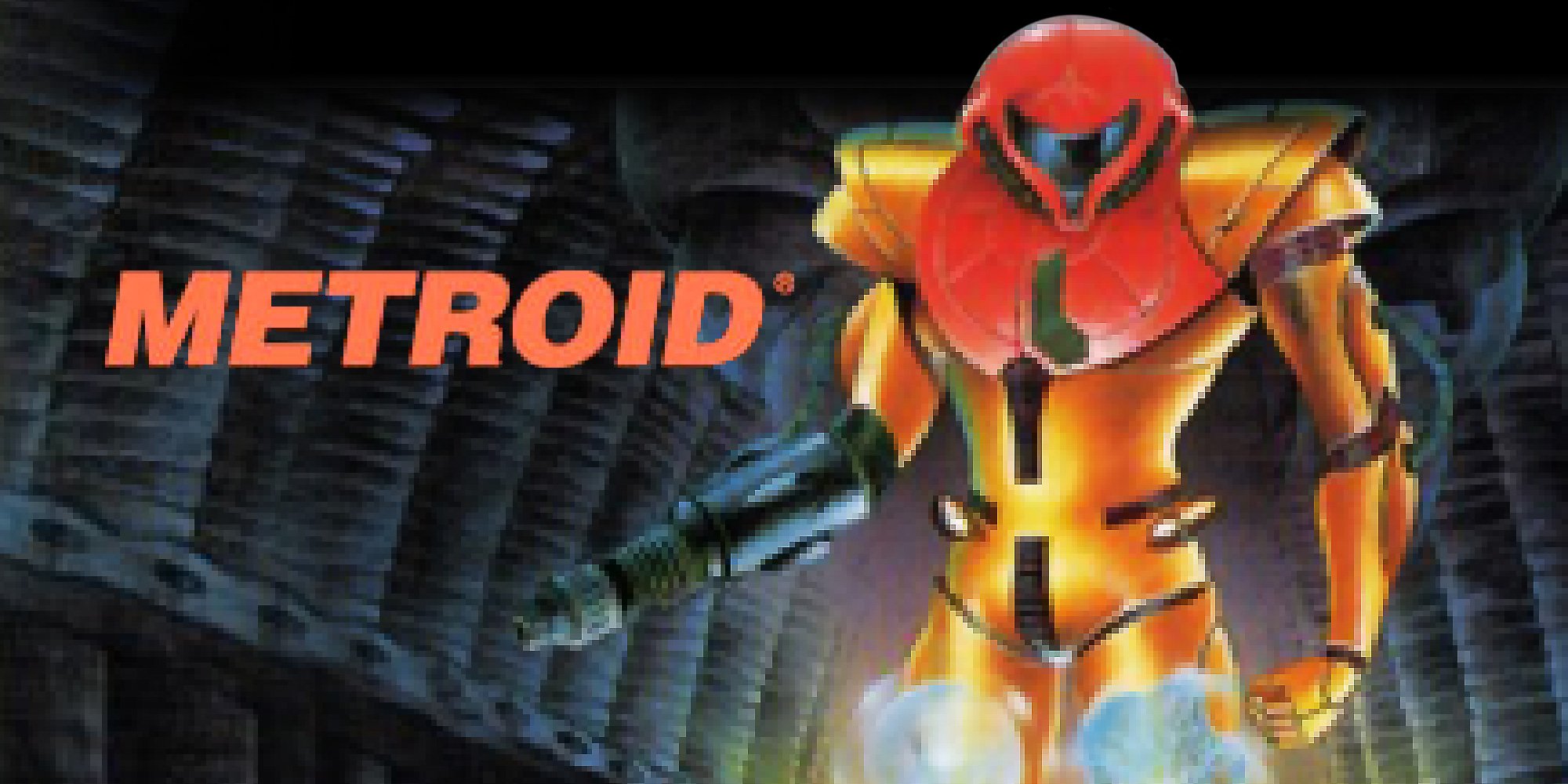 Thirty-five years ago, three men set out to make what would become one of the Nintendo Entertainment System’s most beloved games. Makoto Kanoh created the characters and came up with the scenario while Hiroji Kiyotake designed the intergalactic bounty hunter known as Samus Aran. Tasked with defeating the pesky Space Pirates, who’ve kidnapped the titular Metroid creatures, Samus heads off to planet Zebes to try and stop them from harnessing the power of the Metroids and using it as biological weapons of mass destruction.

Yoshio Sakamoto who directed the game chose to combine elements of Super Mario Bros. and The Legend of Zelda – with a clever twist. Yokoi wasn’t interested in creating anything groundbreaking but he did want to experiment with what had made Nintendo’s two biggest franchises a success. Metroid fused ideas from both to create something new and offbeat. Like Super Mario Bros. it adopted a side-scrolling perspective and put a large emphasis on platforming. Unlike Super Mario Bos. it allowed players to scroll either left, right, up and down, instead of forcing them into constant forward motion. And like Zelda, Metroid placed an emphasis on nonlinear gameplay, weapon upgrades, and a decidedly darker tone and atmosphere. And yet, what’s most unusual about the original 35 years later, though, is that some of these very ideas are why Metroid is sometimes looked back on as not only being difficult but incredibly frustrating.

Metroid is a game based on exploration and backtracking in order to make your way through a labyrinth, yet thanks to the lack of visual cues, not to mention a sorely missing map, it makes it incredibly daunting at times to play. Here’s a game where before you can pass by a locked door or jump over a ledge too high to reach, you must first gain a new ability to allow you to overcome that very obstacle. And finding the weapon upgrade can be a real hassle. Samus starts out armed with only a simple peashooter, and it’s up to you to collect each power-up and then try to figure out which areas of the map you can now explore further as a result of your newfound abilities. These tools and weapons are not always easy to find – but upgrades like the Morph Ball, Ice Beam, High-Jump Boots, and Missiles are crucial components of Aran’s arsenal.

Metroid doesn’t hold your hand like later games in the series do. There are no hints or even exact directions for where to go. The first game isn’t tough by any stretch of the imagination, but it is a game that requires a great deal of patience. Secret passageways are often hidden in plain sight or random places and many passageways look incredibly similar – if not almost identical to others. It can be time-consuming to get a sense of location in Metroid, and it takes a fair amount of effort to memorize every level. Further, complicating matters are the number of vertical passages you’ll need to explore. While this type of level design was forgivable in the NES days, it could test the patience of many young players today, particularly those who are playing Metroid for the first time.

Sometimes the scariest things come from within…

Yet, despite this criticism, it is that feeling of isolation, that made Metroid so unique thirty-five years ago. Samus, after all, operates alone, exploring planets with little contact with anybody else and that sense of solitude allows players an opportunity to process feelings of loneliness and empathy, through her current state. In fact, the biggest takeaway from playing Metroid again is its pacing. For the first 45 minutes, little happens. It’s all slow, exquisite build-up, which makes the second half seem all the more exciting. Playing again three decades later, we marvel at how the developers generated so much tension and sweat with a bare minimum of moving parts. The way Metroid meticulously raises the sense of menace and tension for an 8-bit game is worthy of praise.

Of course, one of the most notable aspects of the original Metroid was the simple decision to make Samus Aran a woman. It wasn’t planned that way but one casual remark helped give birth to one of gaming’s first leading ladies and one of gaming’s most beloved protagonists, male or female. While Metroid is groundbreaking in many ways, it would be nothing without its trailblazing for women’s rights. That famous unexpected reveal at the end of Metroid proved women could be more in gaming lore than eye candy. And regardless if Ridley Scott’s Alien was a clear influence or not, it was at the end of Metroid, that a gaming legend was born, and one who would help pave the way for more female characters in gaming.

That reveal aside, many often forget that Metroid features five possible endings based on your finish time (something unheard of back in 1986) and that became a major reason why gamers kept playing the original Metroid years later. Taking yet another page out of the Super Mario Bros. handbook, Metroid also features a countdown clock, only the clock is never visible until the end. Samus Aran’s missions are always timed down to the second, but your time is kept hidden from you until after the credits roll. Because of this, gamers became obsessed with finishing the game over and over again, and thus, Metroid along with the third installment, Super Metroid, are often credited as birthing an entire gaming sub-culture known as speedrunning.

A word of warning…

For a game of its era, Metroid’s graphics and sound truly hold up. Anyone who tells you the game is dated clearly doesn’t understand the meaning of the phrase. Metroid is not a product of its time; it was ahead of its time in every way. Putting aside the frustrating level design, the game is truly timeless in its presentation. It looks great, plays strong, and boasts one of the best soundtracks of any NES title. Hirokazu “Hip” Tanaka, the composer of the original Metroid, aimed to create a score that made players feel like they were encountering a “living organism” and had no distinction between music and sound effects. In fact, the only time the main Metroid theme is heard is after Mother Brain is defeated. Metroid created an audio experience like non-other and the game’s soundtrack helped to create the ambiance through music that detached itself from other soundtracks of the era. Tanaka’s contribution defined the music for the series and became a huge step for the video game industry as a whole.

Nostalgia aside, Metroid deserves all and any praise it has received over the years, if only for launching a winning formula and one of Nintendo’s greatest franchises. From the NES debut to the Super Nintendo classic, to the underrated handheld entries, and the 3D debut with the Prime series – the Metroid games have, for the most part, been providing fans with countless hours of high-quality entertainment. Metroid’s tantalizingly slow, repetitious nature is a heartbeat-tripping reminder that many of today’s sped-up triple-A titles owe a lot to the ideas put forward in this 1986 classic.

How Golden Sun Pushed the Limits of the GBA and RPGs