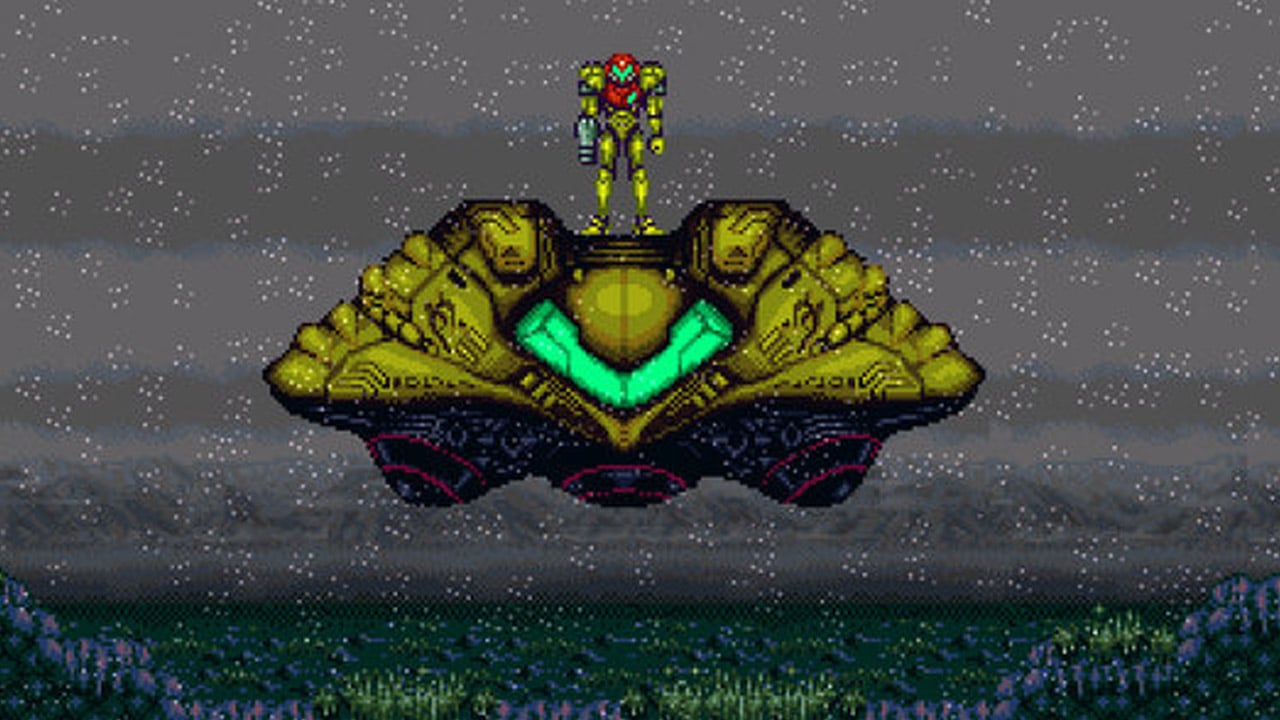 Which is the Best Super Metroid Boss Battle?

Super Metroid is well known for its intense atmosphere and memorable boss battles. From the opening fight with Ridley to the climactic battle with Mother Brain, Super Metroid is filled with extraordinary enemy encounters, and we’re counting them all down for you right here. So charge up that arm cannon, and let’s get blasting!

One of the earliest bosses in the game, the Spore Spawn, is also the least exciting. A training boss that teaches you how to use your morph ball to hide from projectile and melee attacks, Spore Spawn only has a few different attacks to utilize. The battle remains the same throughout, except its speed increases after it takes a certain amount of damage. All in all, this makes it easily the least engaging fight in the game, though still not a bad one.

Another early fight in Super Metroid, the Torizo shocks players by coming to life after initially appearing to be a statue. Surprisingly fierce and fast, the Torizo can make short work of you if you’re not careful while battling it. Luckily it also fires off orbs that can be broken to recoup the player’s low supply of energy and missiles at this early stage in the game. While this fight is pretty solid overall, a similar battle later on in the game easily trumps it.

Similar to the Spore Spawn, this is a relatively slow-paced fight. Botwoon weaves in and out of holes in the cavern wall, occasionally hiding in one to take potshots at Samus. The challenge comes from the fact that, despite its long body, only the head takes damage. This makes the fight much harder when the Botwoon begins flying frenetically around the screen toward the end of the battle. While Botwoon isn’t a great fight by any means, it’s still hard enough to make an impression on players.

Arguably the most demanding boss in Super Metroid, Phantoon is tricky because it actually can’t be attacked at all for much of the fight. What makes matters worse is that, should the player try out their super missiles on it, Phantoon will retaliate with a long stream of repeated fireballs while remaining invulnerable. With this is in mind, patience and cunning are the name of the game here, as overeager players will quickly find themselves dispatched by the ghostly alien.

Much like the earlier Torizo fight, this one comes to life from a seemingly inanimate statue. Loaded with a bevy of new attacks, a ton of health, and a shiny gilded sheen, the Golden Torizo gives players a real run for their money. With quick attacks and severe damage, Samus has to be quick on her toes and use every trick in the book to best this Super Metroid baddie.

This is yet another boss that can be very challenging for first-timers. While Draygon’s fly-by tail attacks can be easily avoided, the monster can crush you in a hurry once it brings out its sticky goo attack. Fortunately, this battle hides one of Super Metroid’s most astonishing tricks: the grapple beam can be used to electrocute Draygon through any broken weapon port on the arena’s walls. Battling it the honest way is more rewarding, but there’s definitely a satisfaction to icing a boss with so little effort.

Crocomire is famous for having one of the grisliest death animations in Nintendo history. While missiles will drive him back, he can’t be killed until the player pushes him to a layer of thin ground, where he falls into the magma below. As the creature screeches in agony and his flesh melts from his body, players could be forgiven for thinking the battle is over at last, but Crocomire still packs one more sneaky surprise as it returns from the grave for one last scare.

One of the most famous bosses in the series, Kraid’s iconic appearance in Super Metroid comes with a fantastic surprise early on in the battle. After taking a certain amount of damage, Kraid doubles in size as he emerges from the submerged earth and begins stalking around like a kaiju. With a host of new attacks in this form, the challenge becomes how to jump and blast it in the mouth with missiles at just the right time to hurt it.

The fight with the Giant Metroid is so intense that it doesn’t appear to take any damage at all and remains affixed to Samus almost from the point of its first attack. Unbeknownst to new players, this battle is actually a scripted sequence that ends right before the Giant Metroid finishes you off. Having recognized Samus as the bounty hunter who spared it on SR-388, the metroid will leave in shame and sorrow, setting up for the devastating ending of the game.

Players will battle Ridley twice over the course of Super Metroid, but only one of these encounters is a real boss battle. Much like the above fight, the first is only a scripted encounter that ends when Samus has taken enough damage; however, the second battle in the creature’s lair is probably the most brutal fight in the game. With piles of health, brisk speed, and many tricky attacks, players will have to bring everything they’ve got to best Samus’ nemesis here.

One of the most iconic end bosses in gaming history, the encounter with Mother Brain is also very emotionally satisfying. The wordless storytelling of Super Metroid reaches its zenith in this climactic battle where the Giant Metroid returns to save Samus, only to die in the process. This leaves the super-charged player to dispatch this menace once and for all before escaping the doomed planet Zebes once and for all. It’s not just the best battle in the game but one of the upper echelon battles in the history of the medium.