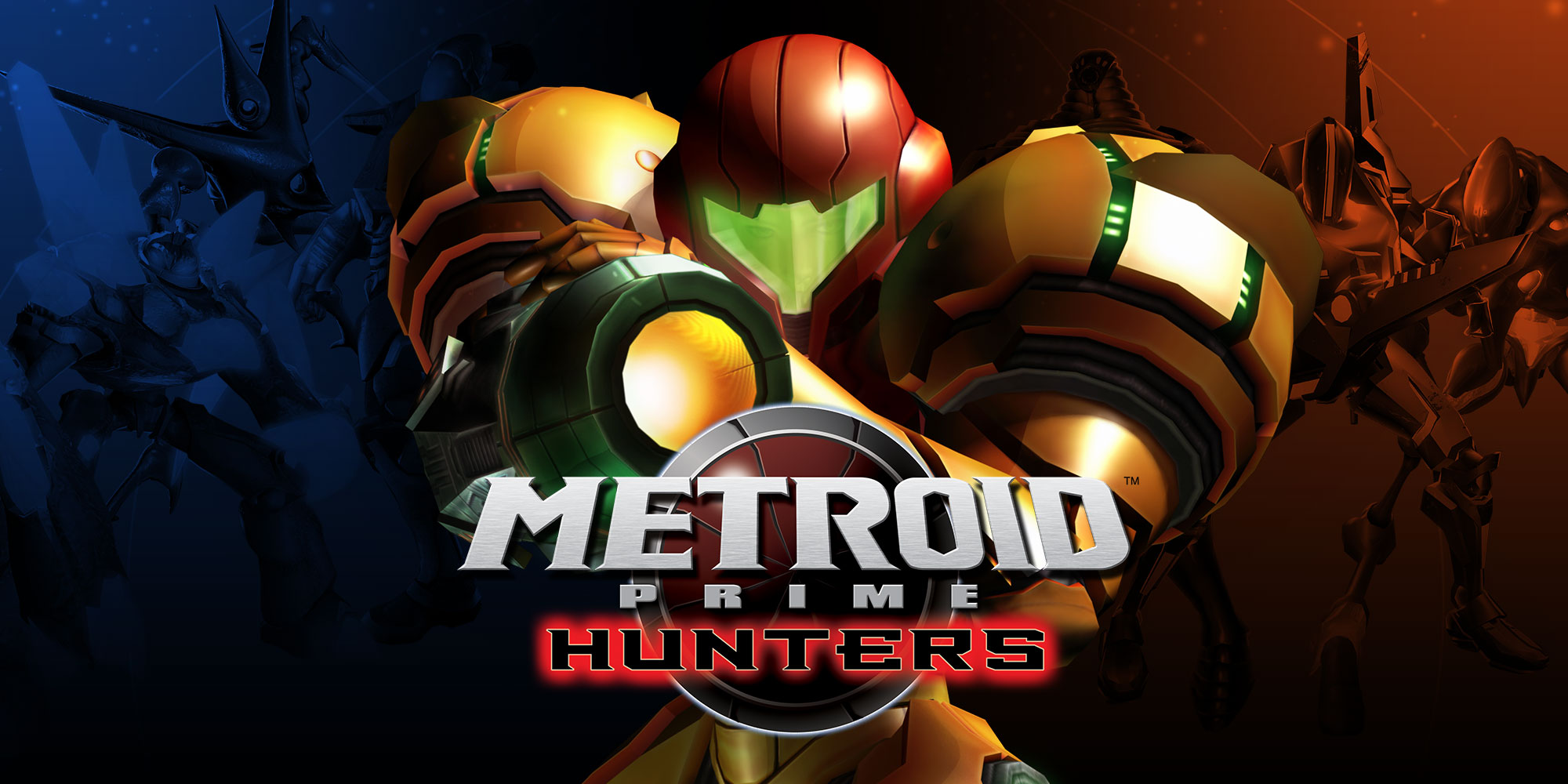 Metroid has always done a good job at playing to the strengths of each game’s respective hardware. The original Metroid is only as haunting as it is thanks to the NES. Return of Samus is an atmospheric masterpiece precisely because it acknowledges what the Game Boy cannot accomplish to focus on what the handheld can. Super Metroid is a Super Nintendo tour de force that highlights all of the console’s strengths. Fusion and Zero Mission are arguably the best games on the Game Boy Advance. Prime only exists because the GameCube was powerful enough to handle its scope. Even Prime Pinball makes the most out of the DS’ Dual Screens and touchpad without feeling overbearing. Such a strong track record makes it all the more disappointing when a Metroid falls short.

Metroid Prime: Hunters suffers from fundamental flaws the rest of the franchise tends to avoid. Hunters is a classic example of why “more” is not necessarily “better.” More bosses mean nothing when they’re all derivative of one another. A longer campaign is worthless if it means revisiting the same few areas with minimal changes in structure. Hunters’ main saving grace is that the core combat lends itself perfectly to a fairly robust multiplayer mode, but the game struggles to scratch that Metroid itch more often than not. At its best, MPH shows off the potential of the Nintendo DS. At its worst, MPH stands as a testament to what happens when quantity is prioritized over quality.

Metroid excels specifically because the best games never overstay their welcome. Super Metroid’s short length does nothing to hurt its longevity. A fresh playthrough of Zero Mission can be completed in under three hours (if that). Prime was the longest entry in the series at the time of its release, yet was still relatively short compared to other 3D adventure games of the era. Metroid as a franchise always saw the value in a shorter adventure — until Hunters. For what it’s worth, Hunters isn’t that much longer than the average 2D Metroid and clocks in at roughly six hours. The problem is that MPH is utterly devoid of variety. On paper, Hunters’ Adventure Mode is stacked with content. There are seven different Beams in total, five major areas to explore, and over a dozen bosses to fight.

In execution, just about every facet of Hunters’ game design will leave you wanting. Samus has more Beams than ever, but there are no ability upgrades. This means next to no sense of progression. Samus plays the same at the start of the game as she does at the end. There isn’t even a suit upgrade for added defense mid-game. Explorable regions are visually distinct, but none of them connect and they all follow the exact same pattern: you fight your way to some artifacts, beat a boss, and then go through an escape sequence. Every. Single. Time. Worse, there are only so many bosses because the same three boss types show up ad nauseum. You either fight one of six Hunters, or four variations of Slench and Cretaphid respectively — two of the least inspired bosses in a Metroid.

All the more frustrating is the fact that Hunters could have excelled with some restraint. Aiming with the touchpad is surprisingly fluid. The presentation is absolutely incredible for a Nintendo DS game, sporting some of the best graphics on the handheld. Lawrence Schwedler and James Phillipsen’s soundtrack doesn’t quite live up to Kenji Yamamoto’s work, but their joint effort results in a dynamic score with plenty of catchy tunes to go around. The story expands Metroid’s world by introducing a new galaxy and six rival bounty hunters for Samus to contend with. The level design is a low point for the series that all but ignores exploration in favor of non-stop action, but that in itself could have been a strength if Hunters knew its limits.

Metroid Prime Pinball is a bizarre spin-off, but it works by understanding what Metroid can and cannot do in a pinball format. It does not make sense to explore in a pinball game, so there is no exploration. Mechanically, Prime Pinball is not a Metroid game, but it still feels like one thanks to smart framing. Your ball is Samus in her Morph Ball; each table is a detailed diorama of a region from Prime 1; and core mechanics are implemented within reason. Platforming and combat are relegated to short mini-games because anything else would downplay what Prime Pinball is good at: being a pinball game in a Metroid coat of paint. Hunters should have just been a linear first-person shooter in a Metroid coat of paint.

MPH’s control scheme is perfect for hectic combat in small doses but struggles with platforming and longevity. Playing with a stylus means you either need to double-tap the touchpad or press one of the face buttons to jump, neither of which feels intuitive. Playing with alternative button controls makes jumping easier at the expense of smooth gunplay. Neither playstyle feels totally natural on original hardware, which leads to hand cramping. Bosses have enough health that your hands will cramp. As exciting as battling each Hunter is, near-flawless AI drags out duels longer than necessary. Longer stages spill into tedium in large part due to the level design.

The five major areas in Hunters’ story mode are just the game’s multiplayer maps haphazardly stitched together. If Hunters did the sensible thing and framed itself as a linear, level-based FPS ala Call of Duty, this may have worked. In practice, the different regions force you to explore repetitive maps explicitly designed for player versus player combat. Tight corridors and the occasional arena work for bursts of multiplayer, but cannot sustain a six~ hour campaign where light exploration is expected. Secrets consequently are not well hidden or rewarding to track down. The level design naturally feeds you ammo upgrades and Energy Tanks more often than not. Clear parts of Metroid’s identity are warped into reminders of better games. Why play Hunters when you can play anything else?

Escape sequences are memorable because they serve as capstones to major set pieces. Abusing them after every level is a fast way to limit their impact. Hunters and bosses are not nearly as fun as they should be because all you do is shoot — and with little variety. There are no unique boss patterns to learn, strategies to devise, or arenas to familiarize yourself in. Following the same gameplay structure from area to area, and then revisiting those same areas, makes it hard to notice level nuances (let alone care). A lack of conventional upgrades makes completing a milestone feel hollow. Your only reward for beating a boss is escaping the stage you’re in, something you will do half a dozen times before the credits roll. Hunters looks and plays like a Metroid game on the surface level, but it lacks everything that matters.

It is funny how Prime Pinball and Hunters stand out as two sides of the same coin. Both are radically different spin-offs for the Nintendo DS, neither plays like a proper Metroid, but Pinball at least plays to its strengths. Platforming, combat, and exploration are not shoehorned in. Metroid’s aesthetic is heavily borrowed and inspires mini-games, but the focus is on high-quality pinball gameplay. Hunters sabotages itself by including platforming and exploration, but never fully committing to either. Fighting the same bosses multiple times is not fun when there is next to no variation or sense of progression. Combat shines only in small doses and mainly in multiplayer. Hunters’ story mode does not march to the beat of its own drum, half-assing its replication of better Metroid games and failing as a result.

To be fair, Metroid Prime: Hunters does play to its strengths in the sense that the multiplayer mode is incredibly robust. The developers may not have brought the same love and care to the campaign, but online play was dense in its day. Each playable Hunter has their own unique Beam, alternate form ala Samus’ Morph Ball, and custom UI. 26 different arenas and seven game modes keep competitive play fresh. It is astounding how well put together Hunters’ multiplayer is coming off the lackluster story mode. Unfortunately, Nintendo shut down the DS’ online connectivity in 2014. While it is still possible to get Hunters online, the game’s single best feature is now inaccessible to most audiences.

Metroid Prime: Hunters is not worth playing alone. Adventure Mode, at best, is practice for a multiplayer mode that no longer (officially) exists. Bosses are tedious, levels are boring, and gunplay never lives up to its full potential. What’s particularly sad is that Hunters set the perfect foundation for a sequel. While rusty, the bones are there for an excellent first-person shooter set in the Metroid universe. If nothing else, a remake could iron out single player’s kinks and realign things into a proper Metroid experience or the traditional FPS campaign Hunters should have always been.