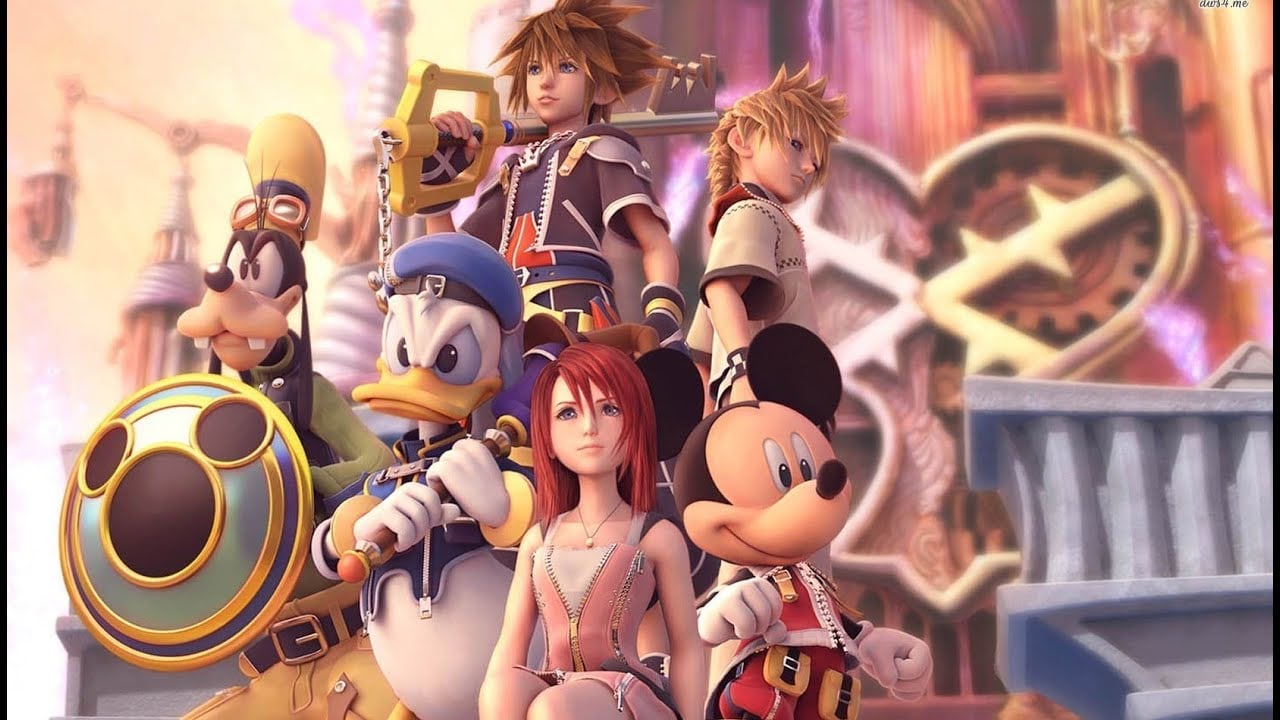 There’s a lot to love about Kingdom Hearts II, the sequel to Disney and Square-Enix’s mashup of their respective properties. It plays smoother than the first one, the plot elements are better balanced between the whimsical and serious, and all around the production values blow the first game completely out of the water. With that said, however, Kingdom Hearts II does share one key commonality with its predecessor, and that’s an ending that handily outshines the rest of the adventure.

During the first half of KHII, there’s a lot of build-up and not a lot of understanding. There’s a mysterious organization with a shadowy origin, a weird Sora surrogate in the form of Roxas, and a big lack of Riku, easily the first game’s strongest character. There’s also a constant refrain in the player’s mind, echoing like a Greek chorus to the tune of “Just what the hell is going on here?” The fact that these disparate pieces of the plot are continuously broken up by trips to Pride Rock and Agrabah only further compounds the issue, to the point where the player doesn’t even encounter a member of Organization XIII in battle (mini-games don’t count) until the game is half over.

After that fateful moment, though, set during a war in the game’s central location, the plot finally begins to reveal its cards and build momentum toward a real conflict. From here Sora and co. knock-off one Organization member after another in suitably epic battles, even knowing full well that every heartless (living manifestations of the darkness in human hearts) they dispatch will only serve to aid their enemies in building the titular Kingdom Hearts. This intricate and devious plan, which is revealed to be motivated by the fact that the Organization members have literally lost themselves to darkness, and are seeking to retrieve their true selves, makes them infinitely more understandable and relatable, even as it establishes that they must be purged and destroyed

This leads us to the final act, and to The World That Never Was, a sort of holding area for all the cast-outs of the darkness, and the home of the Organization. With the remaining villains to conquer, the return of Riku and Roxas, and the stunning revelation that Ansem not only still exists, but was never a villain at all, this is the section that really allows the plot to come to the forefront as a focus, and it soars as a result. With each of the principal cast members finally gathered together in one place, the stage is set for the final battle to begin, and what a battle it is.

As Xemnas hovers amidst Kingdom Hearts, the party attempts to engage him but it falls primarily to Sora and Riku to do battle with him in the darkness, a surprising move that nonetheless makes perfect sense from a narrative perspective. It is these characters and their bond which form the most compelling aspect of the story, and since they are the ones who have been primarily affected by the meddling and ambition of Xemnas and Xehanort, it is fitting that they are the ones tasked with putting an end to this conflict once and for all.

They do so in an epic finale that rivals the greatest encounters in gaming history, a crazy-pants last stand that includes four variations of the final boss, a soaring aerial battle in which Sora and Riku must run and jump through a floating maelstrom of destruction to reach Xemnas and a truly jaw-dropping sequence where the player must frantically hit two buttons at the same time to block an endless barrage of lasers in order to survive. In a final, fantastic touch both Sora and Riku are occasionally put out of commission by Xemnas’ furious attacks, forcing the player to switch between the two on the fly. That all of these new gameplay elements are introduced so seamlessly and fluidly in an already loaded and ambitious finale is a testament to the amount of effort that went into the development of this final sequence.

An emotionally loaded post-battle scene sees Sora and Riku trapped in the realm of darkness, and a dispirited Riku even half-heartedly considers suicide as a form of atonement. Luckily Kingdom Hearts II goes the opposite route of the ending for the original title as it heads toward the credits, deciding to reunite the long-suffering trio of Sora, Riku and Kairi in their Destiny Island home at last, but not before the final section of the adventure can be teased, an adventure that it seems will finally see the light of day in 2019 with the long-awaited release of Kingdom Hearts III.