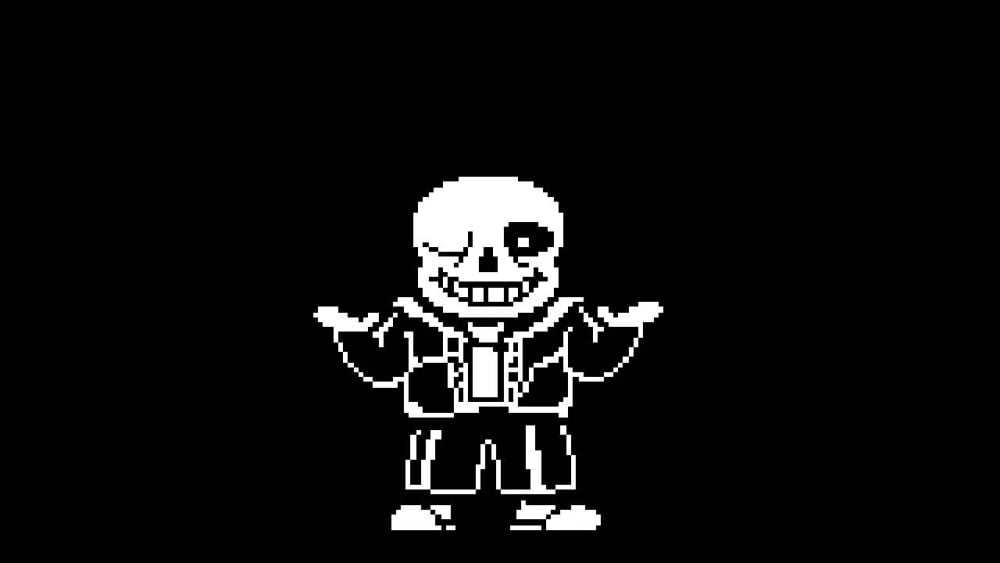 Well, I may be late to the party, but after witnessing the excitement of Undertale for months now, I finally decided to give the game a go (for the record, one of their fervent fans gifted me a copy via Steam). In short, Undertale left an immensely positive impression, and the ensuing visit to the world of fan content has represented a welcome addition to my overall experience (for the most part). However, while the fan base provides a friendly, passionate, and helpful collection of individuals, I will say that they also issued a few minor nicks to my playing experience. As a result of the mixed bag I received from the fandom, I have compiled a list of what enhanced my already amazing Undertale adventure, and what brought me toward the direction of having a bad time. Please be advised that spoilers are present!

With an annual heavy influx of indie games becoming the norm, the possibility of missing out on a gem or two certainly exists. I am perfectly aware of the fact that I possess an indie backlog to be reckoned with, and that a few indie masterpieces have quietly slipped my grasp (I’ll get them soon enough). Thanks to Undertale’s immense and passionate fan base, however, the title propped itself right in front of my sights, and this time an indie classic was not missed. Without the prevalent hype for Undertale, a substantial chance exists that the title would have joined the ranks of other snubbed classics, and my date with Papyrus would have remained on indefinite hold.

While the excitement emitted by Undertale fans brought the game to my attention, the hype reached dangerously high levels at times. In the world of video gaming, over-hype represents one of the worst afflictions a game could receive, and Undertale arguably suffers from that as a result of its strong fan base. Interestingly, what made matters worse for me was my immense affinity for Earthbound (one of my favorite games of all time). When confronted by a fan of Undertale, if Earthbound was referenced at any point, a guarantee that Undertale was exactly like Earthbound would promptly ensue. After playing Undertale, let me make one thing clear: while some inspiration from the Mother series absolutely exists, the game is not “exactly like Earthbound.” Undertale possesses its own wonderful personality, and fans would be better off pitching the game’s unique aspects rather than drawing comparisons. Needless to say, while the hype reached critical mass, I still weathered the storm and I am thankful that I did.

After completing the game (True Pacifist, of course), I immediately set course for the internet, knowing full well that a treasure trove of fan-made content awaited me. Needless to say, the wealth of material did not disappoint. Dozens of hours of music, countless pieces of polished fan art, and hundreds of old Vines with Undertale sprites supplanting the original subjects littered the web; I could truly feel the pulse of the fandom. While one playthrough of the game may only take approximately a dozen hours, the plethora of fan-made content potentially adds dozens more. Undertale may not possess the length of an average RPG, but when adding in the fan contribution, the time investment most certainly demolishes the average RPG experience.

An unfortunate side effect of the plentiful fan art is that the art often displays characters that will appear later on in the game. While I kept my knowledge of Undertale to a minimum prior to starting the game, I noticed on a friend’s t-shirt one day that a spider character appears in the game at some point, possibly as a boss. Shortly after beginning, I came across an adorable little arachnid bake sale, and made a couple of purchases before continuing on. With the knowledge of the spider character returning to the forefront of my brain, I stashed a Spider Cider in the storage box in hopes that the sparkly drink would have an effect on the character. Sure enough, upon confronting Muffet, the Spider Cider not only resulted in a reaction, but also ended the altercation entirely. While I was spared the stress of escaping Muffet’s pet, I still wished that I did not know about the character prior to the battle. I enjoy finding secrets out on my own, so knowing about her beforehand was kind of a bummer. Well, at least the shirt is neat.

While my journey in the Underground was complete, the ramifications of said journey remained open to interpretation. Why did Frisk climb the mountain in the first place? Why must Asriel suffer so much? What got Papyrus into spaghetti? Fortunately there was no need to fret, as the fandom provides some quality answers. In addition to the wealth of fan-made content, message boards across the web contain intense discussions regarding Undertale‘s story, characters, music, and more. Of course, much of the speculation bears no canonical substance, but that matters not. One of the strengths of Undertale stems from the notion that much of what happens in the game leaves the player wondering, and the fandom exists to analyze and theorize together. Hurt: Insistence of what to do

One of the more interesting aspects of Undertale stems from the possibility of not killing a single monster, obliterating every monster that breathes, or something in between. The Underground is my oyster, and I hold the power to decide the fate of all monsterkind. Many fans, however, appear to disagree with that sentiment. “Don’t kill anyone, man! You have to save them all!” Whenever I mentioned the prospect of playing the game, veterans of the title vehemently demanded that the path of righteousness be taken, and that any other result surely would ruin my experience. While there exists a small kernel of truth to this notion (after completing a Genocide run, uninstalling the game/deleting the save file is necessary in order to normally acquire another ending in a subsequent playthrough), I am not particularly fond of being told how to play my games. If Undertale is best when played blind, that should include the choices you make. If a player wishes to scratch their homicidal itch, let them indulge and take in the consequences. Besides, I took the True Pacifist route anyways; there was no way I could possibly do harm to the lovable goofs presented before me.

While the overall hype may exceed the desired threshold, I find it hard to criticize the fans for their undying passion and determination, Undertale deservedly earned nods for Game of the Year for 2015, and Toby Fox and Co. certainly deserve a devoted following. The fan content truly represents an inspiration of its own, and I ultimately hope that the excitement remains for quite some time. Stay determined, Undertale fans.