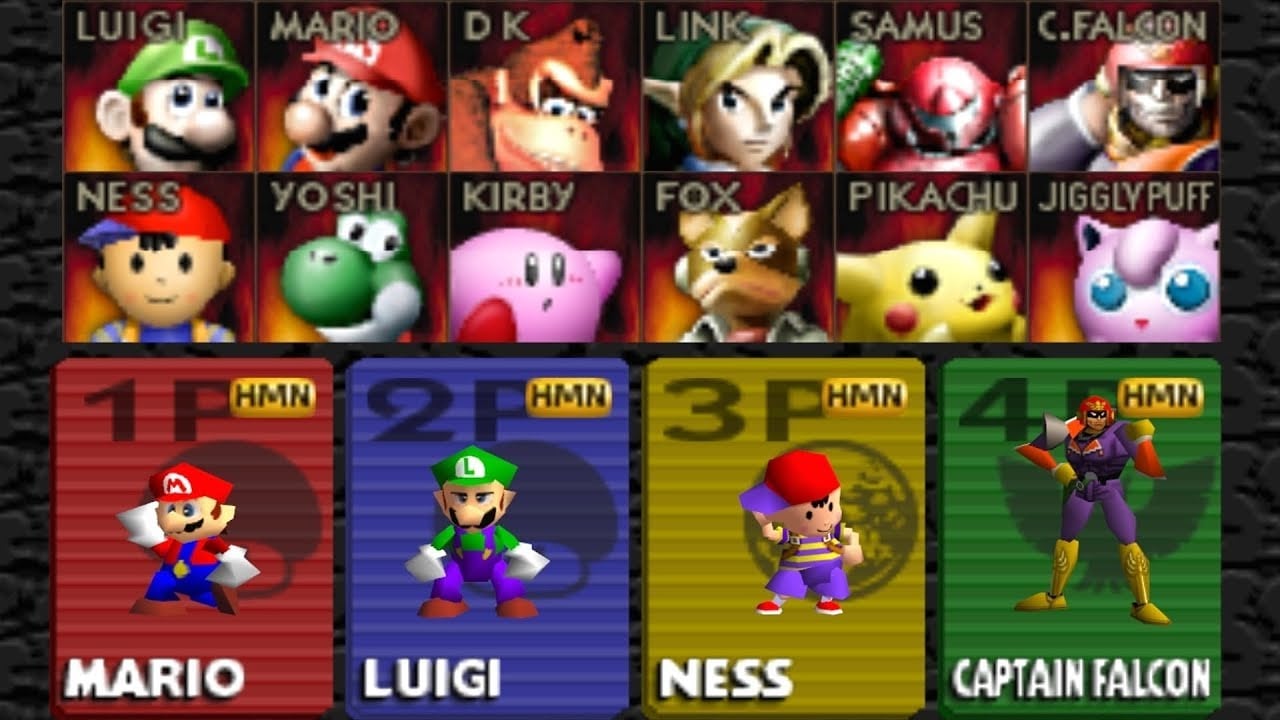 If you’ve been around the blog here before, you will probably have noticed that I am a rather large advocate of fan-made content such as art and animation. I myself enjoy drawing and have done for as long as I can remember so I find it really hard to just keep scrolling if I see a particularly eye-catching piece of fan-made content, and that is exactly what happened with the art that I want to highlight today.

Whilst on Twitter, I happened upon this brilliant recreation of the Super Smash Brothers 64 line up- Mario, Luigi, Donkey Kong, Link, Samus, Captain Falco, Ness, Yoshi, Pikachu, Kirby, Fox, and Jigglypuff-  in pixel art by Twitter user Daeron. The artwork is also animated, giving each character their own movements that correlate perfectly with their character- such as Jigglypuff’s adorable little bounce and Link’s defensive stance with his shield and sword in hand. The attention to detail is also fantastically well done, with even the smallest little elements of the animation expertly crafted. From Captain Falco’s scarf majestically flapping in the breeze to the movements of Fox and Pikachu’s tails, the details are what bring this pixel art to life. The inclusion of the hand icons to select the player one and player two characters is a neat little inclusion as well as Mario’s costume changing colour as the hand hovers over it in reference to how you can change the outfits of the characters to your will.

Check out Daeron on Twitter and ArtStation at the links here.

Super Smash Brothers 64! but it´s… pixel art?
A small project that i started with just Mario and Luigi in mind and eventually decided to go for the original 12 smashers.
I migth expand this into Melee in the future, who knows!
What´s your favourite idle anim?#pixelart pic.twitter.com/f3xEGQDndG