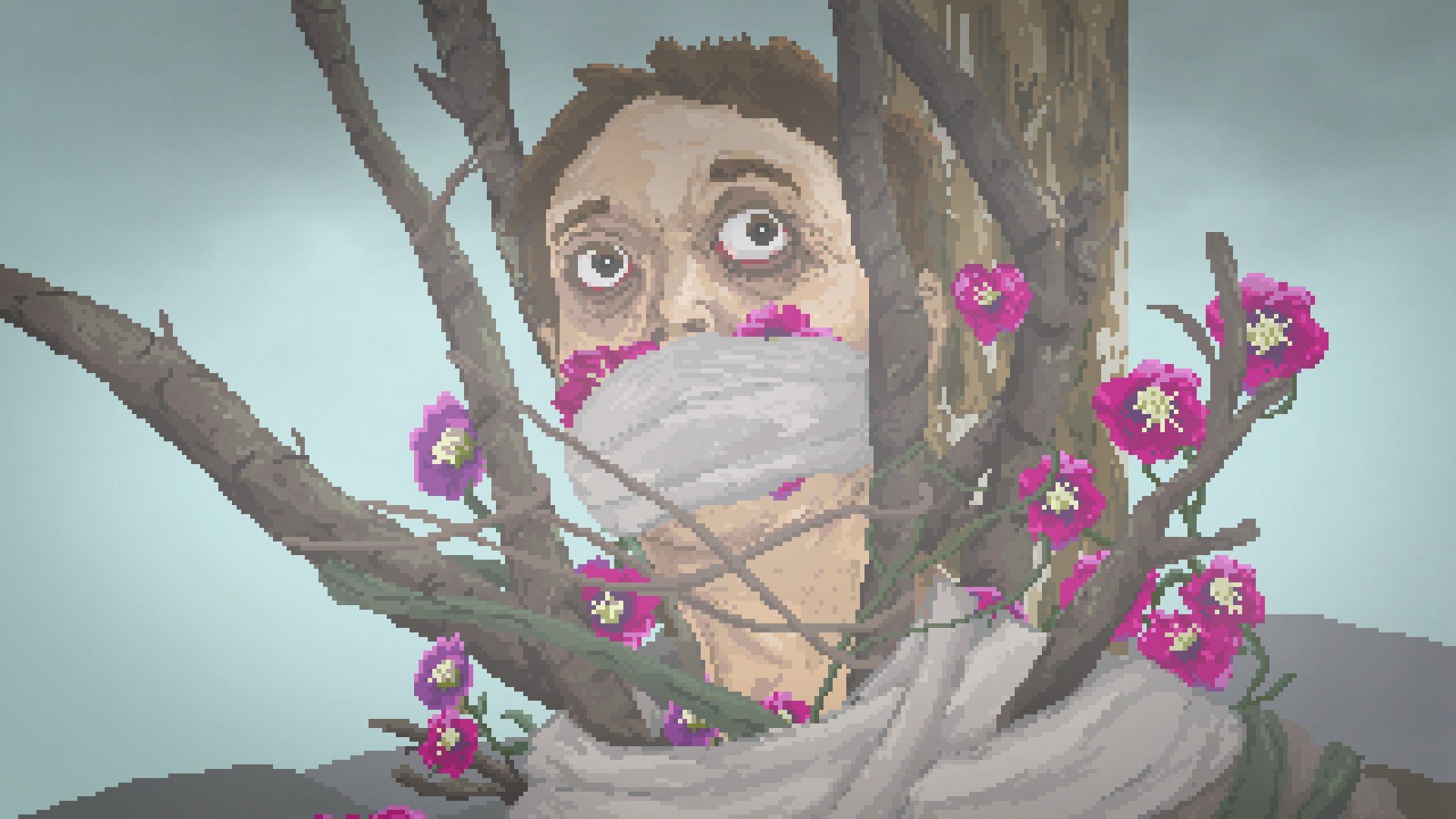 The Excavation of Hob’s Barrow Review

2022 is an exceptional year for heady, well-written adventure games. From NORCO to Citizen Sleeper to Return to Monkey Island, point-and-click adventures have not been available in such variety and quality since their heyday several decades ago. And now, The Excavation of Hob’s Barrow, from Primordia publisher Wadjeteye Games, is easily one of the best adventure games of the year. From writing to worldbuilding, The Excavation of Hob’s Barrow is a slow-burn horror delight for any fan of the genre.

The Allure of the Moor

The Excavation of Hob’s Barrow is steeped in atmosphere from the start. An epistolary tale, the events portrayed in Hob’s Barrow have already occurred; the player is stepping into the shoes of protagonist Thomasina Bateman long after the events of the game have concluded. The plot begins with Thomasina’s arrival in the town of Bewlay at the behest of the mysterious Leonard Shoulder. An eager antiquarian, Thomasina seeks to make a name for herself with a book about barrows, the burial grounds spread all over the wilder parts of England and Scotland. Bewlay is home to one Hob’s Barrow, an especially spacious barrow that Mr. Shoulder thinks would be of particular interest to Thomasina. But after her arrival, events slowly spiral out of control until Thomasina finds herself tangled in a terrifying conspiracy.

Fans of the Brontë sisters’ special brand of melancholy, Victorian-era horror, and the 1970s film The Wicker Man will find the setting of Hob’s Barrow instantly intriguing. The town of Bewlay is quaint, bucolic, and completely unsettling. Every townsperson seems as though they are hiding something, from the pious Vicar Roache to the blandly innocuous innkeeper Stanley Kemp. Thomasina herself plays her cards close to the vest, though she is quick to bristle at the suggestion that she’s a common grave robber. Bewlay is a town that is downright hostile to outsiders, but with some effort, Thomasina can glean the information she needs to begin her excavation.

Hob’s Barrow is a point-and-click adventure game, with all the baggage that entails. There are some modern contrivances: an excellent “to-do” list that helps players keep their objectives in line, and the ability to highlight every point of interaction on a given screen is a godsend. Thomasina moves at a brisk clip, and players can also double-click on exits to teleport to the next screen instantly. The inventory is easy to manage, with players able to easily discern what they can and cannot interact with by a simple click. Puzzles are mostly straightforward, gradually unfolding in complexity as the game goes on. While certainly more straightforward than Primordia and more modern-feeling than Lucasarts titles from days gone, there are a handful of frustrating puzzles; missing even a single conversation with an NPC can be disastrous to players who love a comfortable flow of action.

That said, it is a pleasure to converse with NPCs, even about topics unrelated to the critical path. The Excavation of Hob’s Barrow is fully voiced, and nearly every performance is a winner. Characters express exasperation, caginess, grief, anger, frustration, and genuine terror with a great deal of nuance. The writing itself is uniformly excellent, but it’s the performances that make the game sing. Players can read the dialogue “It’s just lovely to see a new face” and intuit something about the world, but hearing a stilted pause before “new face” puts a whole new emphasis on the proceedings.

Visually, Hob’s Barrow is as lush and evocative as a pixel art game can be. The town of Bewlay is packed full of small details, like the sparks of a blacksmith’s hammer striking an anvil or a fox sniffing at some sweet resin at the base of a tree (collect that resin, you’ll need it later). Scenes are often punctuated with gorgeously animated cutscenes; these brief, beautiful scenes serve to highlight important moments or to underscore particularly horrifying revelations. As the days progress and Thomasina draws ever closer to getting everything she needs to begin the titular excavation, the sense of dread increases.

Late in The Excavation of Hob’s Barrow, one character intones to another: “We must seek to understand the world by rational means–one cannot abandon reason.” For fans of adventure games, this is a somewhat absurd statement, as players frequently abandon reason and resort to trying to “use” every item in their inventory on every object or NPC they encounter, breaking any sort of immersion and grinding the story to a halt. Thankfully, Hob’s Barrow mostly hews closely to its own internal logic. There are enough in-game clues to make even the most esoteric reference digestible.