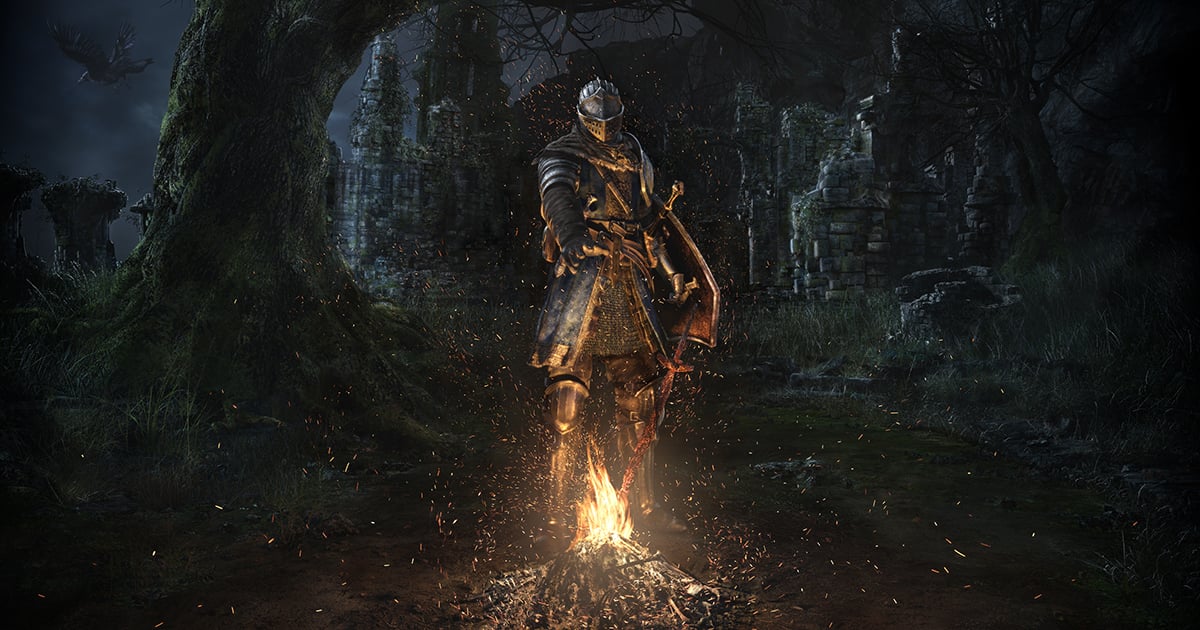 “Thou who art Undead art chosen; in thine exodus from the Undead Asylum…”

At this point, it probably goes without saying that FromSoftware’s original Dark Souls was a definitive revelation for the industry upon its release in 2011. Sure, there are plenty of influential games out there, but few garner an entire category on Steam named after them. In recent years, the Souls-like genre has brought about a massive host of imitators; pretenders to the crown.

Alright, that might be a tad pompous, I’ll grant you. Still, the appeal of games like Dark Souls is undeniable, and any company with the means to throw their hat in the ring of Souls-likes would have a lucrative market to reap, should they find success. Unfortunately for them, making a game that not only captures the essence of Dark Souls, but also measures up to its quality and execution, is an almost insurmountable challenge. The comparisons that come with attempting to replicate Dark Souls are as inauspicious as they are inevitable, and we see it so frequently with games like Lords of the Fallen or the recent (and fairly decent, all things considered) Thymesia. Their flaws are amplified when held against what so clearly inspired them, and while they may be good on their own (well, Lords of the Fallen notwithstanding), they’re unavoidably knocked down by their comparative similarities to big brother FromSoft.

So why is it that Dark Souls succeeds where so many that follow in its wake struggle? Aside from a strange lack of AAA efforts, it might come down to an issue of adherence to formula. So many of these games replicate specific aspects of Dark Souls to a fault, to the point where it sometimes feels like they’re working from a stencil. One popular aspect that has been taken to heart amongst its offspring is Dark Souls’ introduction: The Undead Asylum. Where many games have boiled the concept down to “A brief introduction to the controls followed by a scripted loss”, the actual Undead Asylum brings a bit more nuance in how it teaches the player.

The Undead Asylum of Dark Souls basically functions as a crash course for what is to come throughout the entirety of the game. We start off slow enough with a rather enigmatic introduction to the world; we’re a nameless undead, wasting away in our jail cell until an unknown knight tosses a corpse down into our cell. Lo and behold, said corpse holds the key to our freedom.

As we are set loose, we are given a quick rundown of basic controls; which button swings the sword, which one gets us out of the way of swung swords, and which button draws the short stick to be held all game long as our sprint button. A basic introduction of mechanics and a few non-hostile hollows give players a trial run to make sure all the buttons do what they claim, and we’re off to the races. A quick climb up an unassuming ladder leads us into a small courtyard with a cozy bonfire, at the end of which lies a suspiciously large door.

Beyond the ominous door is a long, rectangular room with a smattering of wandering hollows. After a few tenuous steps forward, Dark Souls hits the gas as its intentions are laid unambiguously bare. From seemingly nowhere, a massive demon at least five times the size of the player character comes crashing down to meet us. As its feet meet stone, a chaotic, bombastic soundtrack starts with a hard intro; no fade-up, no ominous build to a climax. It assails the player as if fired from a cannon. Without anticipation, a cutscene, or a moment to breathe, the demon starts swinging for the fences. The entire fiasco is a complete cacophony of noise and action, sprung on the player with no warning or ceremony. It’s an absolute ambush of the senses, and for most new players, represents a jarring introduction to what Dark Souls has in store.

Most newcomers to the FromSoft experience will be thrashed in short order as their panicked attempts to fight the demon with a broken sword come up woefully short. While this is the case for most players, the difference between Dark Souls and the myriad of games that sought to emulate this kind of introduction, is that the initial Asylum Demon fight has multiple possible outcomes. It is not a scripted loss. A player that manages to keep their wits might notice the open door to their left through which they can flee without being killed. If the player chose the Black Firebombs as their starting gift, they could very well kill the Asylum Demon on their first encounter with relative ease.

If a new player finds themselves grasping the combat particularly fast, they could – in theory – kill the Asylum Demon with their broken sword, tedious as that might be. The point is, there are multiple possible conclusions to the encounter. The game doesn’t smack you down for merely existing in the tutorial; it simply presents a situation that tends to shake new players but gives multiple avenues through which the player can either succeed or eventually succeed. It doesn’t just kill you outright; it rewards players with an acute awareness of their surroundings and doesn’t lock you into a singular outcome.

The ingenuity of Dark Souls’ Undead Asylum doesn’t stop there, however. If players do manage to track down the aforementioned side exit, the tutorial proceeds to lay the groundwork for how to approach the rest of the game as a whole. Players find enemies that fight back. They get some equipment; a real weapon proving their chief prize. A quick “Hello!” to Oscar nets them their ever-important Estus Flasks, and an introduction to fog walls gives them an opportunity to open the Asylum Demon fight with a devastating plunge attack. It’s a satisfying turning of the tables, and it lets the player feel in control of the fight as opposed to their first meeting. With a new weapon, means of healing, and a better understanding of the core combat, the player has been taught one of the series most important lessons in a tight, smartly structured tutorial.

Should you fail, it doesn’t hurt to explore alternate paths. To come back better equipped. To come back more knowledgeable than you were the first time. Losses and deaths teach you for next time, be it through pattern recognition or a simple refinement of reactions and core combat mechanics.

Of course, all of this is lost on repeat playthroughs. The overwhelming sensory overload of the Asylum Demon’s first appearance is completely deflated when you’re 70 hours in and starting New Game plus. Bigger fish have been fried, and the lessons of the Undead Asylum have been well learned and internalized. Luckily, for those experienced enough, the Undead Asylum is easily the smallest area in Dark Souls. It does everything it needs to do to prepare new players, and it’s nowhere near a slog for those diving into their 8th speedrun for the day. It accommodates rookies and veterans alike, proving a particularly ingenious feat in modern game design.

It’s no wonder so many games strive to recapture the spark of FromSoft’s original Dark Souls. It remains a prominent example of what clever level design can accomplish, and the Undead Asylum stands as a lasting testament to the importance of first impressions. It’s not just punishing for the sake of being difficult; it trusts players to troubleshoot. It trusts them to work the problem. No loss to the Asylum Demon is scripted; failure isn’t required. It’s expected for newcomers, sure, but it’s not essential. We are always in control of the outcome.
And while FromSoft has never been able to replicate Dark Souls’ Undead Asylum themselves, the precedent they’ve set remains a good example of how to teach players the core concepts of your game through the gameplay.

And yes, the Undead Asylum is, ultimately, an incredibly small chunk of a much larger experience. In the grand scheme of things, most players have probably put the area out of their mind by the time they’ve bumped into their first Taurus Demon in the ramparts. It’s not the extravagant, sun-bathed castles of Anor Londo or the sprawling nightmare of Blighttown; it’s an unobtrusive, slick, and remarkably concise introduction that boasts an impeccable understanding of fundamental design philosophy.

First impressions count for a great deal, especially in this medium. The entire feel of a game can be defined by the first swing of a weapon; the tone set by a single encounter. Dark Souls makes sure the strengths of its formula are on full display almost immediately, and its weaker elements strategically absent.