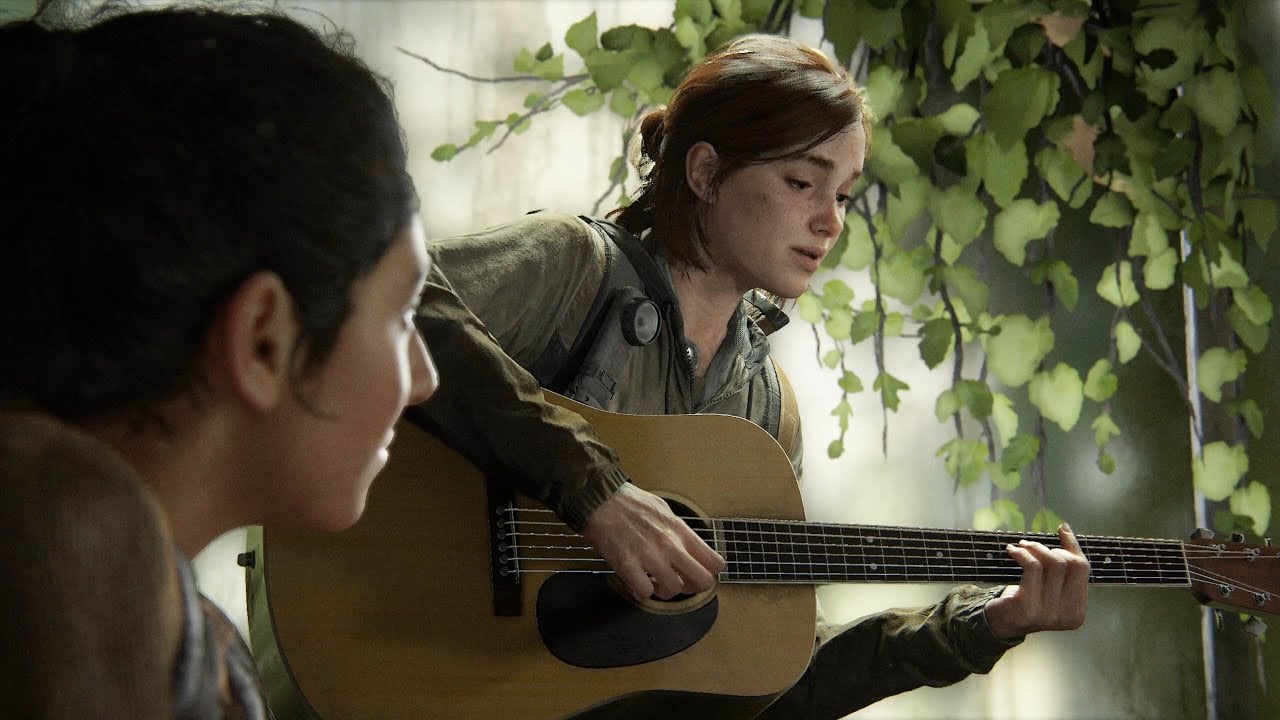 When discussing favorite games and latest releases, players will invariably gravitate towards their standout graphics, innovative gameplay, or groundbreaking stories. Rarely is a game’s soundtrack discussed in as much detail, and with as much care and attention. And that’s a shame, as a great soundtrack can elevate a good game or a fun sequence or set-piece to something truly unforgettable.

The right music can change a player’s entire experience. A perfect score can manipulate their emotions, ease them into the head of the main character, or make them feel that they really are a badass hero on a mission to save the world.

I have recently been replaying Assassin’s Creed IV: Black Flag, and Brian Tyler’s fantastically epic soundtrack feels expertly tailormade to get the player into the mindset of a swashbuckling, rum-swigging, ship-stealing pirate from the tales of old. This isn’t a serious game, none of the miseries of real-life pirating can be found here – no risk of being caught and hanged, of being washed away or speared by flying splinters in battle, or of waking up to rats nibbling at your toes. No, this is a game where you captain your own ship, plunder Spanish convoys for all they’ve got, and take on the British Navy with Blackbeard at your side. This is a game that indulges in the fantasy of being a pirate that everyone has had at some point as a child, and the soundtrack makes that fact loud and clear from the moment you boot it up.

Brian Tyler certainly knew what he was doing. Every track in the game is filled with the kind of fiendish fiddles and strings, and bombastic, energetic percussion that instantly conjures up images of seafaring of the high seas and the kind of swashbuckling action from films like Pirates of the Caribbean. The island towns of Nassau and Kingston are brought to life with the exotic flair of wind and strings, and ship battles are punctuated, elevated to impossibly cinematic spectacles, by explosive drums and thrilling guitar work.

But it’s Black Flag‘s main theme that really sets the mood, and never fails to drop players right into the salt-stained boots of the notorious and debonair pirate, Edward Kenway. It starts off slowly with a very catchy fiddle motif but builds into the most extravagant, thunderous, and enthusiastic percussion blast you ever did hear. It’s a track full of joy and adventure, and the promise of a world of riches, free from the demands and conformities of a normal life. Fantasies, perhaps, but fantasies you’d happily go to your grave pursuing.

Here’s hoping Ubisoft’s next pirate adventure Skull and Bones takes its musical cues from Brian Tyler’s work because nothing sets the heart racing for adventure quite like it.

Play at your heartstrings

Emotion is what good soundtracks do best. Yes, well-written, likable characters and a well-told, engaging story drive that emotion, but it’s the music behind it all that subconsciously tugs at your heart.

This can be heartwarming and wholesome like the nostalgic, chiptune-esque music of Stardew Valley, never failing to get the player up and out of bed to tend to their crops and make the most of their day. Or it could be triumphant and uplifting, like the epic call to action that is Halo’s main theme, hyping the player up for the fight ahead. Or it can be devastating, like The Last of Us’s ‘All Gone’.

Specifically, ‘All Gone (Reunion)’. This is the music that plays when (Spoilers!) Ellie kills the horrific cannibal David at the end of winter, and Joel rushes in to save her from the burning building. As the scene plays on, all other sounds start to fade out – the crackling fire and splintering wood, Ellie’s harrowed sobs, Joel’s desperate words – it all fades away and all the player is left with is the sound of this track’s haunting strings.

It is heartbreaking and terrible, but so very effective. The way the slow, soft strings linger and waver, never building to any kind of release, just stretching out, seemingly forever, echoes the desperation and depression both Joel and Ellie must feel in that moment. And it leads perfectly into the next chapter, Spring, where we see Ellie is still suffering, unable to let go of everything she has seen and done.

This effective use of music is taken to new heights in The Last of Us Part 2, using the songs and imagery of Ellie’s guitar to show how much she’s grown. And how much she’s lost.

Not everything needs to be so tragic, however. But the most memorable pieces, the songs and tracks that stick with the player long after they put the controller down, always need to add something more, something special.

In Monster Hunter: Rise, the final hunt of the main story is against the great Thunder Serpent Narwa. It is a test of everything the player has learned over dozens upon dozens of hours of perfecting their technique and crafting the perfect weapons and armor for the job. And it’s a long one, leaving those who haven’t mastered this serpent’s moves or who struggle to properly manage their potion reserves in the dust. So, right at the last moment, when the Elder serpent reaches the apex of her power, right when the player reaches the end of their reserves, ‘Proof of a Hero’, the original game’s bombastic main theme, trumpets through the chaos. And just hearing that blaring, upliftingly heroic theme is enough to energize anyone into digging deep and finishing the fight.

Similarly, Control uses music to give players the ultimate power trip. While exploring the game, players may come across the Ashtray Maze but find that, try as they might, there is simply no way through it. That is because in order to circumvent this dimension-warping labyrinth, the player needs to get their hands on something special. Later on in the game, the mysterious yet helpful janitor Ahti will gift the player that something special: a seemingly innocuous cassette player.

Thus begins the wildest, most over-the-top, and just plain exhilarating five to ten minutes of the entire game, as the player traverses the labyrinthine Ashtray Maze with Poets of the Fall’s (known in-game as the Old Gods of Asgard) ‘Take Control’ blares out through their speakers. This heavy metal banger is a mix of devilish guitar solos, feverish drums, and heart-pumping lyrics that pairs perfectly with the on-screen destruction as Jesse uses her supernatural powers to decimate the enemies within the shifting walls of the maze. In fact, the track was specifically made in conjunction with the developers at Remedy to ensure that different sections played at different times depending on the player’s actions, so that its relentless place never let up or started to loop.

Then, on the other side of the spectrum, there are games that use their soundtracks to subtly tell their story. Soulsborne games do this phenomenally. Who can forget stepping past the fog at the site of the First Flame in Dark Souls, walking out into Gywn, Lord of Cinder’s area, and hearing not an epic orchestral choir, as many of the previous bosses had before him, but a simple sad piano melody? Those few sad notes tell the player as much, if not more, about the mindless, faded husk this once great king has become than a cutscene or dialogue ever could.

And in Bloodborne, when facing off against Ludwig, the Accursed, a horrifying amalgamation of horse and man, pulsing with too many limbs and teeth and eyes, the opening soundtrack reflects his bestial nature. The shrill violins, coupled with heavy piano and the deep voices of the choir, create a sad but frantically mad atmosphere that slowly builds as the fight goes on. But then, when the player knocks Ludwig to half health, the last lingering remnant of his humanity awakens, and the score shifts into overdrive. The strings and the choir build and build, trumpets and brass add to the rising chaos, and it never relents, creating a sense of madness and desperation, a madness that is guided, somehow, by something greater. And trying to comprehend it all while battling a half-horse demon with an enormous glowing sword is enough to fry any person’s mind. But is an experience they will never forget.

Music helps makes games what they are.

A good soundtrack can be as simple yet surprisingly effective as timing the track to a shotgun reload in Doom (2016), or the burst of nostalgia that hits any long-time Pokémon fan whenever they hear each generation’s iconic battle music. Soundtracks play with our emotions like nothing else and bury themselves deep into our subconsciousness. Then all it takes is the right track, the right theme or motif, to bring all those memories flooding back.