I can’t help but feel like Skull and Bones has been yanked into existence because of the commonly held opinion that the sailing sections of Assassins Creed IV were a refreshing evolution for the series. Until that point, AC had been gradually moving towards staleness, before dropping off a cliff around Unity and then slowly climbing the hill towards relevance again with Origins. I can almost hear the business meeting as I type this; “Hey, people like the sailing sections of our games, why not make an entire game out of it?”

That’s a fair assumption, right? Find something that players enjoy and then build upon that, turning it into something players will love. When looking at the then current state of the AC series from a hearts and minds perspective, making it a new I.P. also makes a lot of sense. The trouble is that if the demo is anything to go by, Skull and Bones completely misses the point of what made a mere feature of another game engaging, offering a demo that leaves much to be desired. If Ubisoft hope to turn this into a series which will have us plundering the depths of a fun new I.P. instead of feeling like nothing has been plundered except our pockets, then they have a lot more to do.

The demo kicks things off by offering a quick run-down of the ship selection options available to the player, before letting them loose on one of two maps. After that, players are free to sail around, attack other ships for loot, go ashore to seek treasure, or raid shipwrecks to scavenge something that might have been left behind. This, in theory, should be a great deal of fun, except it isn’t. 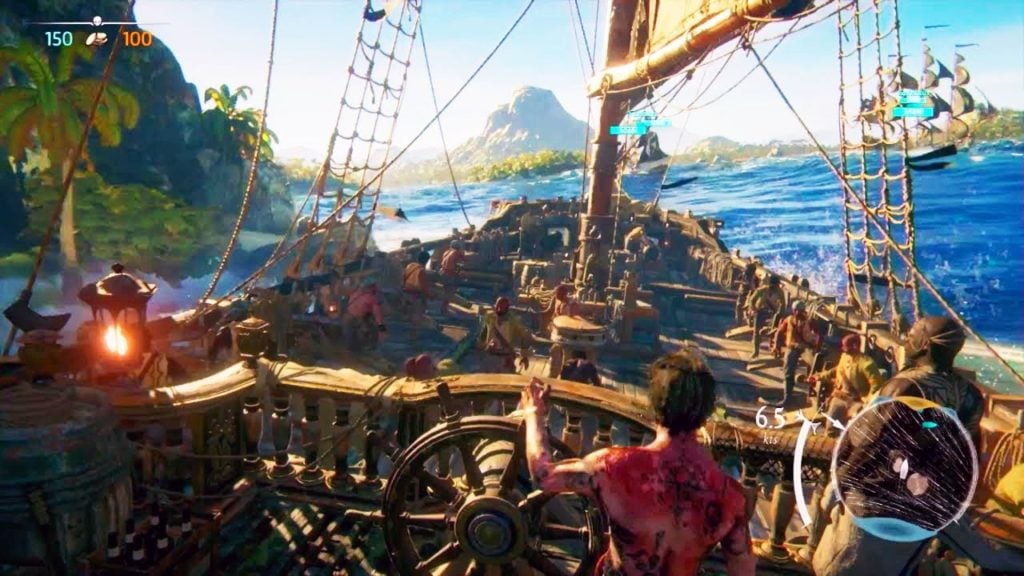 When the demo starts, players who have engaged with the AC sailing mechanics before will feel immediately at home. Movement is now slightly more in-depth than it was, but for the most part, it’s a case of making sure you have the wind behind you and pull the right trigger to go places. If this were just a means of moving from location to location like it is in Assassins Creed, then it would probably be a welcome break to sail around and engage with enemies – but when you base an entire game around this, it feels almost instantly boring.

Unfortunately, things go from bad to worse for Skull and Bones. Upon reaching your destination, whether that be a shipwreck or another ship to board or an island, the entire mechanic around this is to press a single button which then engages a short cut-scene of your crew boarding a ship or running onto an island before fading back to the ship and getting a pop-up reading ‘Rare Chest’. That’s right, much of this demo involves sailing somewhere, pressing X, then sailing somewhere else to press X.

The Skull and Bones demo at least adds a little variation by having AI and player opponents scattered across the map. Players could go into ‘disguise’ to avoid enemies or engage opponents as they saw fit to try and gather more loot. All in all, this demo could very much be described as a sort of ‘free for all boat death-match’. Each ship brings with it its own unique skills that to be successful, players should take heed of.

One ship, for example, is heavily armored with a ram on the front to bludgeon other ships with. This will either deal a critical blow to your opponent or help you to close the gap and do enough damage to allow you to press X and watch a boarding party. Other ships favour speed and long-range weapons that are designed to keep opponents at arms-length while you whittle them into retreat or sink them. There is merit to this, however, it’s incredibly short-lived and becomes wrote after only a few minutes of engagement. 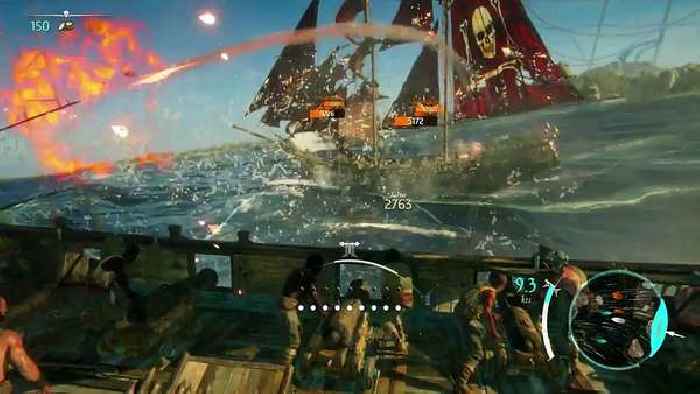 I must caveat this piece with the reminder that we had just a taste of what is to come from Ubisoft’s upcoming game. E3 videos suggest that there may well be elements of play out of your ship, however, we saw none of this during our demo and at this point, I see very little to get excited about.

In any gaming landscape, based purely on this demo, Skull and Bones is a game that has sacrificed almost all of what might make it an engaging experience, and created a game that is dull.

Unfortunately, Skull and Bones, through no fault of its own, is entering a marketplace that is already enjoying a pirate game which grasps the magic and joy that can be gained from sailing the seas as a pirate far more accurately and – vitally – far more enjoyable than Skull and Bones. Sea of Thieves certainly seems to lack the variety on offer by Skull and Bones, but where it succeeds is how it makes you feel like a pirate. Meeting other players is an event and the mere action of sailing your ship with a friend can be genuinely awe-inspiring. In the meantime, Ubisoft really has to up their game.