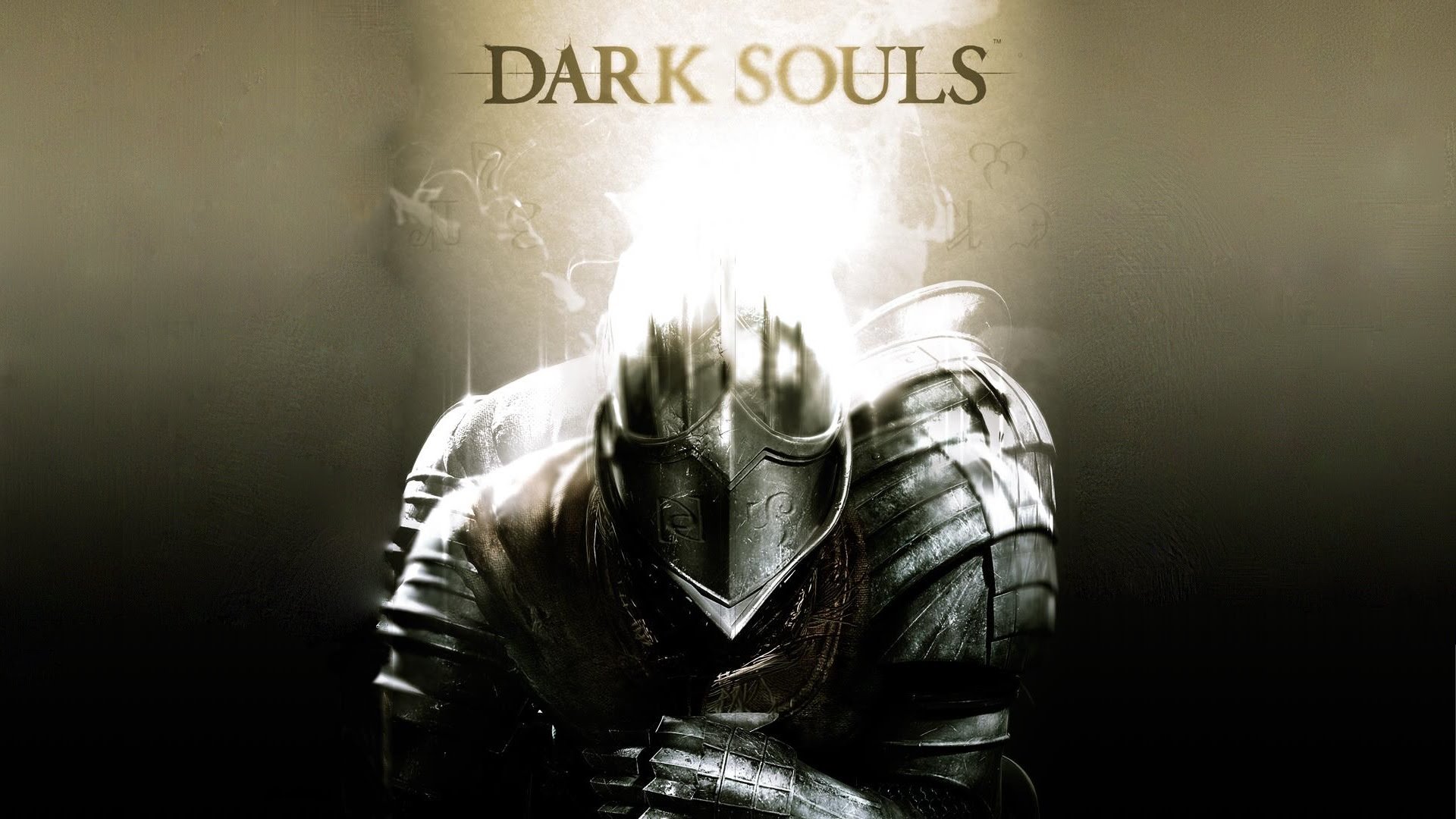 Dark Souls legacy is a strange one to be sure. What began its life as a carefully tread waterline to avoid the attachment of the Sony-connected Demon’s Souls franchise would go on to become one of the most deliriously beloved and intensely demanding games of all time. A hybrid between Metroidvania-type exploration, Diablo-style action-RPG dungeon crawling, the ambient and atmospheric storytelling of Silent Hill, the endlessly digestible lore of Metal Gear Solid and the unforgiving old school sensibilities of the 8-bit generation of gamers, From Software had created something that the gaming world didn’t even know it needed: a game as cruelly demanding, and deliberately archaic as it was trailblazingly dynamic and artistically unyielding.

The journey itself starts with your nameless protagonist as a denizen of an asylum for the damned. As a hollow, you carry the cursed dark mark, and though you will almost certainly live forever, you are chained to the fate of doing so as a gradually decaying husk, a mindless and soulless variation of what was once called humanity. As it turns out, you and your ilk are the results of your kings fear of his own irrelevance and personal failure, and, as such, it is your duty to fill the once-godlike king himself from his ashen throne, and take his crown for yourself, or toss it away and embrace the darkness in its stead.

This is the adventure in a nutshell, but to break it down to such a constraining and idiosyncratic definition defeats the purpose of the journey itself. Dark Souls is not at all a game about accomplishing the goal of your quest, quite the opposite–Dark Souls is almost entirely about that momentary glimpse of the glory that comes when you achieve success, and how quickly it is replaced by a feeling of unbridled emptiness and undeniable angst. 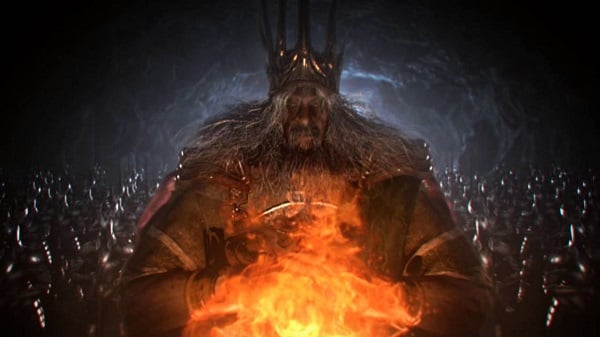 Even your own destination is eventually revealed as being irrelevant since you will either find yourself further damned at its conclusion, or burnt to a cinder as you clasp your prize. In both of the games cryptic finales, your actions don’t amount to much, and regardless of your decision or lack thereof, the journey will begin again instantaneously, whether you like it or not. There is no question as to whether you would like to carry over your stats or begin again–Dark Souls makes that decision for you, daring you to re-enter its world with your newly found cocky and sanctimonious sensibilities. Why? Well, so that it might have the pleasure of decimating you anew.

You see, the operative word for Dark Souls long and hard trail to the end is not a success, but bleak and undying failure. Not long after you begin your second game, you will very quickly find that this is not the world you conquered, but one, even more, dangerous and unpredictable than all of that. A recurring theme of this reverberatingly dense tome is the notion of eventual failure, and how it will gradually become the great destroyer of all of the life’s successes, whether through death or other means. Like each of the kingdom’s former heroes, you cannot possibly succeed, as you can, and must, be eventually overcome in this diseased and decaying world. 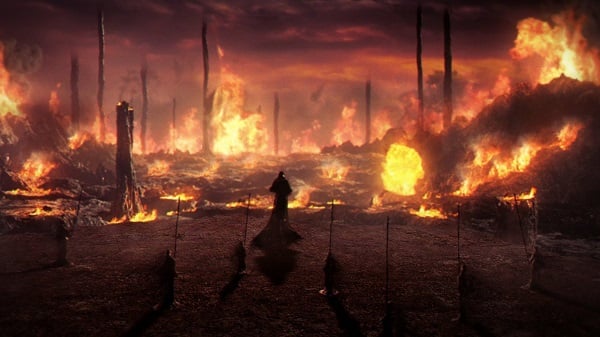 In any of the great heroic tomes of Lordran’s past, it all ends the same: madness and death. From the great Artorias who conquered the void but lost his mind in the process to his faithful wolf companion, who you must slay to reach his grave. From the golden knight of the kingdom, Ornstein, to his disfigured and disturbed counterpart Smough, each of whom must be overcome to accomplish your task. From the crushed arachnids of a once thriving underground kingdom to the undead knights of every soaringly sunlit tower, it all adds up to the same: total and utter meaninglessness. Contrary to the general assertion in gaming, to make you the hero of the world you intend to occupy, Dark Souls refuses to allow you such petty comforts, instead reducing you over and over again until you either accept your place in its uncaring realm or leave it behind for another.

If you are brave enough to enter the crypt of this world you will die, and you will die, and you will die. You will always return, though as the journey can never end. Whether alone or with the aid of equally damned souls, or the interference of the same precise brand of demented and uncaring aggression toward a particular end, all will find themselves in the same place when the end comes. Dark Souls refuses to allow you the comfort of being any different than anyone else in this dying world. 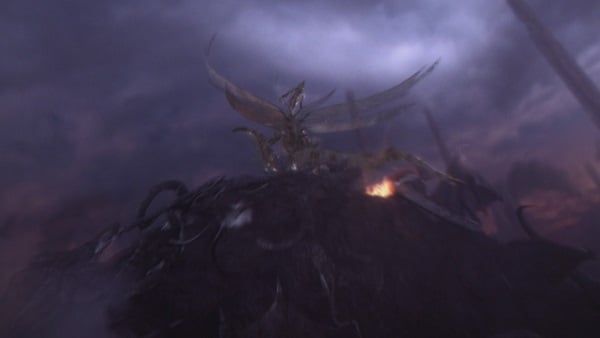 Though you will eventually gain the courage and ability to traverse all and any of the endless expanses that taunt you from the distant lands of Lordran, you will find only a manufactured solace in any of your victories. Even the beautiful princess herself whom you eventually encounter in the ruins of a polished and sun-strewn city is nothing but an illusion, simply line up your bow and take a shot at her if you have any doubt at all.

Ultimately you cannot save this world, only choose how it shall be damned. The threat of hell has no meaning in the kingdom of Lordran, for damnation is already the order of the day. Flesh falls from bones as glory falls from heroes, and all find themselves in the same mindless soil when the time comes at last. 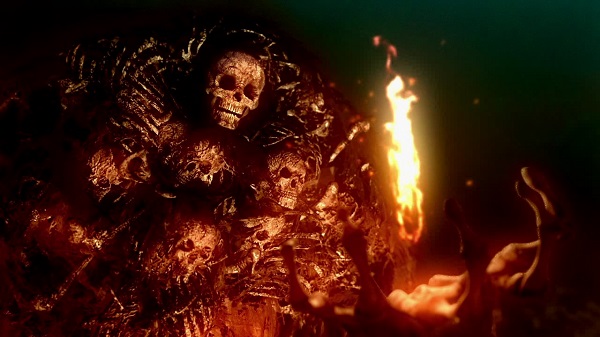 In the end, Dark Souls is the skull-splitting and heart-killing answer to the endless quest for immortality, a horrifyingly black yet occasionally relieving world of ignorance, hatred, and despair. Every victory only serves to momentarily blind you to the suffering and misery that it hides, and even that will fade away before the credits roll. It bears careful reiterating that there is no way to win, there is no chance to succeed, and there is no way to come out of this without the curse of damnation, the blood stains of your sins or the stench of your own failing vessel to accompany you.

In Dark Souls, like in life, you don’t get to win, not forever. In time, the pale and lethargic hands of death will catch up to your once youthful demeanor, and when they do, they will strip you bare regardless of your accomplishments. Dark Souls is the hard and undeniable truth that reminds you of this fact, and, as such, is the most demandingly obtuse and gratifyingly terrible experience you will ever have in the realm of gaming.

It’s a hard journey but one well worth having, and well worth repeating before you face down the new threats in Dark Souls III.