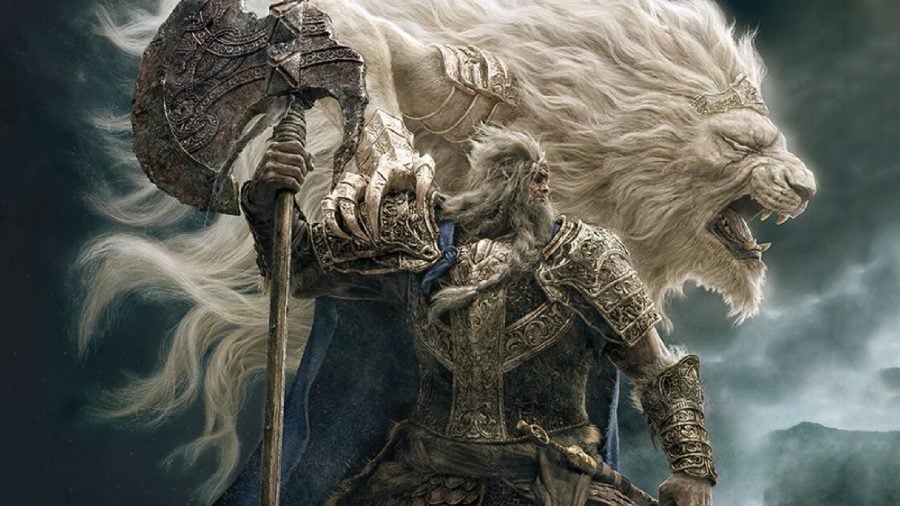 The Lands Between is an enormous open world with a myriad of exciting and dangerous bosses to encounter, from the largest demigods to the smallest dungeon dwellers. The difficulty of bosses in Elden Ring is highly versatile because of the nature of the open world and the variety of playstyles that favor certain bosses over others, but some manage to be a considerable challenge regardless. For the sake of this list, all of the bosses were fought with a melee build using spirit summons as support. Without further ado, here are the 10 most intimidating and destructive boss encounters in Elden Ring!

The very first major story boss in Elden Ring, Margit the Fell Omen is a truly frightening foe when he is first encountered. Sporting numerous lengthy combos and using a combination of ranged and melee attacks to punish dodge rolling and panic healing, Margit can quickly dominate unprepared and low-level players who simply followed the main path in the opening hours of the game. While he can be trivialized by spending hours exploring the open world and gaining much more powerful gear, if Margit is fought too early he becomes a huge obstacle on the path to gaining the first Great Rune. After the tenth time hearing him tell you to “put these foolish ambitions to rest” upon death, it might be a good idea to come back later.

Lichdragon Fortissax is a formidable dragon boss that can be highly dangerous and threatening due to it not being in the endgame compared to many bosses on this list, and player character builds not being quite as advanced as a result. Featuring a wide range of terrifying lightning attacks that can dominate player and summon alike, this almighty Lichdragon is a force to be reckoned with. It is also a mandatory boss in order to get one of the game’s four main endings by following Fia the Deathbed Companion’s questline. Of all the many dragons in Elden Ring, Lichdragon Fortissax proves to be one of the most terrifying, with the battle taking place in an area called the Deathbed Dream which gives the fight a nightmarish atmosphere.

At the end of the world, beyond time itself, lies the Dragonlord Placidusax. Reaching this boss requires lying in a coffin near the eye of the storm in Crumbling Farum Azula, rewinding time to form the huge arena that houses the Dragonlord. A gargantuan two-headed dragon with mastery of lightning and devastating attacks that can kill in one hit, Placidusax is a behemoth of a boss that must not be underestimated. That being said, the intimidation factor is much of what makes this boss so challenging. Sticking close to the Dragonlord can avoid many of its attacks due to its nature as a huge beast, leaving only a select few claw swipes and backward fire-breathing that needs to be evaded.

At the base of the Erdtree lies the Elden Throne, and at the end of the game the First Elden Lord Godfrey returns to challenge the Tarnished protagonist to a duel. Godfrey the First Elden Lord fights like the majestic demigod that he is, displaying his loyal lion companion on his back as he swings his mighty greataxe and causes ripples in the ground while doing so. This fight is challenging but certainly not impossible with well-timed dodges to avoid being thrust into the ground.

Halfway through the fight, however, Godfrey reveals one more trick up his sleeve. Using his bare hands to tear apart the lion on his back and cover himself in its blood, he is reborn as the Warrior Hoarah Loux that he used to be before taking up the mantle of Elden Lord. With all pretences gone, Hoarah Loux lives for the fight above all else. He will aggressively chase the player with his fists, kick them across the battlefield, and slam them into the ground with the strength of a true warrior. This phase is considerably more chaotic than the Elden Lord phase and overcoming it proves that the Tarnished truly does have the strength to face the final fight ahead.

While the boss fight against Mohg, the Omen in the Subterranean Shunning Grounds is a tricky yet manageable encounter, the difficulty is ramped up the second time around. Mohg, Lord of Blood is one of the Shardbearers of the Elden Ring, located in an incredibly obscure optional area named Mohgwyn Palace, and his title of Lord of Blood is no exaggeration. Mohg will deal heavy Bleed damage with most attacks, which can culminate in inflicting the Bleed status on the player that drains a percentage of health.

Adding more chaos to the mix is the Lord of Blood’s second phase at half health, in which he slams his weapon down into the ground three times and drains player HP each time. This can instantly end the fight unless players are cautious enough to heal the lost HP before the third and final slam. Additionally, Mohg grows a pair of wings and now has some aerial attacks which can inflict excessive damage. While quite a punishing boss when faced solo, summoning some ranged or melee spirits can turn the tide of battle here, as long as Mohg isn’t so aggressive towards them that he wipes them out during his second phase.

Destined Death is closer than you might think. What begins as a straightforward yet tense fight against a Beast Clergyman quickly becomes a terrifying dance with Death itself — Maliketh, the Black Blade. The final boss of Crumbling Farum Azula, Maliketh is adorned in beautiful black and gold armour and wields a colossal greatsword that can inflict a debuff on the player that reduces maximum HP by the power of Destined Death. The sheer intimidation factor of this ability is more than enough to earn a place on this list.

Maliketh has multiple dangerous melee combos that are breathtaking to look at but equally damaging if caught in the middle of them. He’s fast, aggressive and deadly to even the most experienced player and gives few opportunities for counterattack unless spirit summons are used. Oh, and there’s a Draconic Tree Sentinel right outside the boss arena which has to be either evaded or killed before the fight can even begin, which only adds to the intimidation factor of this encounter.

The true final boss of Elden Ring is an unexpected one. Elden Beast is a colossal arcane being wielding an equally gigantic sword, while also being armed with numerous powerful ranged attacks that deal heavy Holy damage and often home in on the player. Being such a huge beast it is entirely possible to stick as close as possible and pray that the Elden Beast’s sword attacks miss, but the boss also has moves that create vast distance by swimming around the arena, leading to a cat-and-mouse scenario that can be frustrating at times.

What really makes Elden Beast difficult is its positioning in the story, coming directly after the climactic fight against Radagon of the Golden Order without any checkpoint in-between. This means Radagon must be fought on every single attempt against the Elden Beast, in much the same way as the finale of Sekiro: Shadows Die Twice, and while this allows players to practice Radagon so much that he doesn’t appear on this list it nonetheless creates frustration. Had players been able to fight Elden Beast by itself without any prerequisites, it would likely not be anywhere near as difficult as it currently is.

In true FromSoftware style, this boss fight attempts to harken back to the glory days of fighting the legendary duo Ornstein and Smough in Dark Souls, and the difficulty element is certainly not lost here. Godskin Duo is a combination of two previous story boss encounters: the nimble and agile Godskin Apostle, and the slow and imposing Godskin Noble. The duo can easily overwhelm solo players, while summoning spirits will decrease the difficulty dramatically by drawing the focus away from the player.

The real difficulty comes from the fact that defeating both of the Godskins doesn’t end the fight, with them instead being revived continuously until the shared health bar is fully depleted. This is incredibly punishing without the use of spirit summons as it turns into an endurance fight, and given the fight is mandatory for story progression it can easily be a point at which many players become stuck.

The final boss of the daunting Caelid region, Starscourge Radahn is a massive hulking beast of a general who dominates the battlefield while riding his trusty horse companion. Beginning the fight a huge distance from the player, he continuously launches powerful ranged attacks which deal heavy damage and switches to a selection of terrifying melee combos at close range.

A wide variety of NPC summons can be used during this fight, found on the floor close to the starting point. This includes iconic Elden Ring characters such as loveable ceramic pot Iron Fist Alexander as well as the half-wolf Blaidd, and these characters can help draw fire as Radahn launches his hard-hitting melee attacks. They often do not last the whole fight, but can be the difference between life and death, especially in phase 2 when Radahn crashes through the sky in a blaze of meteoric fire. This fight is a mix of spectacle and challenge, requiring focus at all times to avoid sudden death.

Anyone who has played Elden Ring through to the endgame will have seen this coming from a mile away. Malenia, Blade of Miquella and secret optional boss of Elphael, Brace of the Haligtree is a nigh insurmountable boss fight that should only be attempted with the most powerful character builds in the game. Her unique ability grants life-steal upon dealing damage to players and summons, which in the most egregious case can heal her health bar back to full in an almost insulting fashion.

Malenia is capable of inflicting enormous damage through devastating katana slashes, including a staggering multi-hit combo that can annihilate any player in range and end the fight instantly. Moreover, when players finally deal the killing blow, she becomes Malenia, Goddess of Rot, regaining full HP and learning a suite of new attacks that can afflict the terrifying Scarlet Rot element. This boss should never be underestimated for a single second. Using a fully upgraded Mimic Tear spirit summon can ease the pain due to Malenia being easily staggered by heavy attacks, but even this method cannot guarantee success.

And there you have it, the ten hardest bosses in Elden Ring!