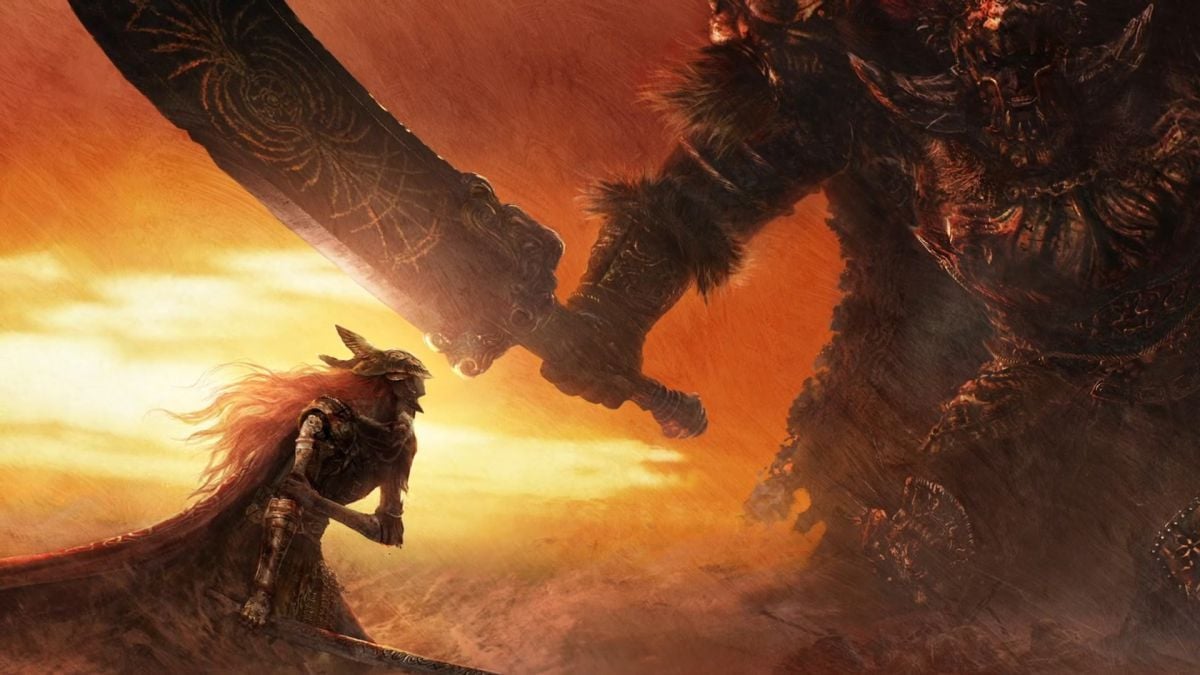 The beautiful sprawling world of Elden Ring is filled to the brim with dangerous and deadly boss fights, more so than any other game in FromSoftware’s history. The total number of boss encounters is so enormous that there is still no definitive data online that confirms how expansive The Lands Between truly is. Of these myriad boss battles, many of them provide the Souls-like methodical challenge that comes to be expected from this sub-genre, and since there are so many of them it is deserving of a larger list than usual. All of the bosses listed below were fought with a melee build occasionally using spirit summons as support. Without further ado, here are 20 of the hardest bosses in Elden Ring!

Of the many generic catacomb boss fights in Elden Ring, the Erdtree Burial Watchdog is one of the feistiest. These cat-like creatures stand up straight on two legs and walk ominously towards the player before launching into sword swipes, fire breathing, delayed slam attacks and much more. There are two main variants, one of which is magic-based and the other much more focused on pure melee strength, and in one particular instance in the Minor Erdtree Catacombs of Caelid you get the honour of fighting both variants at the same time, an ordeal which causes so much misery that summoning spirits becomes nearly mandatory.

The almost clockwork movements of these enemies can be genuinely unnerving at times, and dodging at the wrong moment can lead to devastating consequences as the slam attacks are fast and hard-hitting. When these bosses become regular enemies in later catacombs, their health is so high and their damage so painful that skipping past them is a legitimate strategy for success. Like the imps in the catacombs, they are designed to annoy, and they most certainly succeed in doing so.

Sometimes the recipe for a difficult FromSoftware boss consists of a perfect 50:50 blend of disgusting design and erratic attacks. Bloodborne loves doing this, and so does the Ulcerated Tree Spirit, a boss that can be found multiple times throughout the game but most notably guards the Minor Erdtree in Mt. Gelmir and lies at the very bottom of the crypt at the start of the game past the Stonesword Key fog door. Ulcerated Tree Spirit is an ugly towering mole-like creature that attacks by throwing itself around in ways that make dodging it accurately a panicked game of chance. Many of its attacks can be avoided by remaining calm and placing yourself behind it to avoid the brunt of its melee onslaught, but nowhere is truly safe from this abomination of a boss.

At the heart of the academy of Raya Lucaria is Rennala, Queen of the Full Moon and bearer of one of the shards of the Elden Ring. This fight is split into two distinct phases, the first of which being mostly a puzzle fight involving tracking down the correct enemy on the ground and killing them to make Rennala vulnerable to attack. This process is repeated multiple times until her health bar is depleted and isn’t a huge challenge but can be tricky given the group nature of the fight.

The real difficulty comes from phase two, in which Rennala shifts the player into a different realm and fights one-on-one using a variety of powerful sorceries that can overwhelm the unprepared. Sorcery builds will have a tough time here given Rennala’s own magical capability and thus high magic defence, but pure melee builds will also have to be careful to dodge the magical onslaught. Set in a gorgeous dream-like backdrop, the Queen of the Full Moon is a memorable encounter and although by no means the toughest of the Shardbearers will still give players a run for their money.

#17 — Loretta, Knight of the Haligtree

Not to be confused with the first encounter with Loretta in Caria Manor, Loretta, Knight of the Haligtree is the true form of this boss fight and is deadlier than ever. This shining silver-clad horseback knight uses both ranged and melee attacks to her advantage, dominating the battlefield with sorceries and superior mobility. Though a horseback encounter, spirit steed Torrent cannot be used to even the odds unlike other knights such as the Tree Sentinel, therefore demanding players learn when to dodge her mighty blows and counterattack accordingly. Using spirit summons can draw her fire quite effectively, but at the same time she is capable of whittling down summoned allies efficiently using her powerful sorceries and slam attacks, so caution is advised.

Although a mere apparition, Shardbearer Mohg’s boss fight at the bottom of the Subterranean Shunning Grounds is no pushover. Sporting a suite of blood attacks that can tear through HP in seconds if caught in the crossfire, Mohg the Omen is powerful and should not be underestimated. This demonic brother of Morgott the Omen King shares much of his moveset with the deadlier version of the boss in Mohgwyn Palace — a fight which makes an appearance in Part 2 of this list — allowing the Tarsnished some practice before fighting the real deal. He is also the guardian of the Frenzied Flame, a key part of one of the game’s endings, so fighting back against this crazed apparition is well worth the trouble.

It wouldn’t be a FromSoftware game without some kind of giant boss fight, and Fire Giant is among the most intimidating of its kind. Found at the highest peak of the Mountaintops of the Giants guarding the gargantuan bowl of fire needed to set the Erdtree alight, Fire Giant is capable of slamming his fists to the ground and stomping his feet to devastating effect. He also has a variety of fire-based attacks fitting of his name, including erupting columns of fire from the ground to prevent players from spending too much time directly underneath attacking his ankles.

Once this titan’s health is depleted low enough, phase two begins and the Fire Giant breaks off his leg and grows a large eye on his chest. He is deadlier than ever in this phase, although some health was depleted in the phase transition so felling this beast becomes a slightly less daunting affair. He is capable of rolling around the boss arena and crushing everything in its wake, so good positioning is key, and although he can punish Tarnished who spend too much time underneath him this is still a valid strategy with good enough spatial awareness to dodge the fire attacks.

Hidden deep within Ranni’s questline past the depths of the underground Lake of Rot lies a celestial monstrosity that wouldn’t look at all out of place in Bloodborne — Astel, Naturalborn of the Void. Astel is a giant skeletal beast with fierce pincers and numerous protruding limbs that have considerable range and can deal high damage. A mostly magic-based boss given the celestial background, Astel is intimidating in size and has the ability to teleport to other parts of the colossal arena to continue firing ranged attacks from afar. As with multiple bosses in Elden Ring, Astel takes more damage from the head, meaning that staying within range of the pincers and dodging through swipes and bites can land some key opportunities to deal punishing counterattacks.

Part of the difficulty of Crucible Knight comes from how early he can be encountered — in the Stormhill Evergaol not far from the path to Stormveil Castle — but even when fought at a later date this foe is more dangerous than most. Crucible Knight is a highly aggressive boss that has a large suite of melee moves with various delayed attacks to catch players off guard, and can close gaps with terrifying efficiency to punish ill-timed healing. It is very difficult to stagger or stun this ferocious knight due to his quick chain combos and surprising agility, making him extremely difficult to pin down. To make matters worse, in the second phase he grows wings and a tail to unlock even more attacks ranging from wide sweeping mid-air attacks to quick tail swipes. Waiting for the perfect moment to strike is vital to success.

This monstrous four-legged beast resides near the top of Mt. Gelmir and is encountered on the road to Volcano Manor. It is without a doubt more dangerous and painful to fight than every other enemy on the path up the mountain, making it a truly terrifying adversary. Using speed and power to annihilate any unprepared Tarnished making the climb up the mountain, Full-Grown Fallingstar Beast is among the deadliest non-story bosses in the game, capable of decimating players without sufficient points in Vigor and powerful enough weapons.

Thankfully, there are two ways to make this encounter slightly less daunting. Firstly, Torrent can be used to gain a considerable boost to movement speed and thus more easily evade some of the Fallingstar Beast’s charging attacks. The second, admittedly less courageous strategy is to simply ride directly past the fight and back down the mountain to skip it entirely and find the nearby grace that grants closer access to Volcano Manor. While it is mandatory to encounter the beast, it is far from mandatory to defeat it. The entire Mt. Gelmir region is technically optional anyway, but given that Fallingstar Beast presents much more of a threat then almost everything else in the region, it’s not the worst idea to ride past and try again later.

Standing tall and proud as the guardian of Castle Sol, high up on the Mountaintops of the Giants, Commander Niall is a fairly straightforward boss but has a gimmick up his sleeve that makes this fight an enormous annoyance. Niall immediately summons two powerful knight allies by his side at the beginning of the battle, meaning that without summons it’s instantly a 3-on-1 encounter where each enemy can deal a frightening amount of damage. Using spirit summons is highly recommended to even the playing field due to the agonising difficulty of trying to kill the knights alone — or killing Niall while leaving the knights alive which is just as challenging. It feels like a boss battle which is not designed to be attempted solo unless the player build can take down the supporting knights with ruthless efficiency. For this reason, Commander Niall deserves the top spot in this Part 1 of the hardest bosses in Elden Ring!