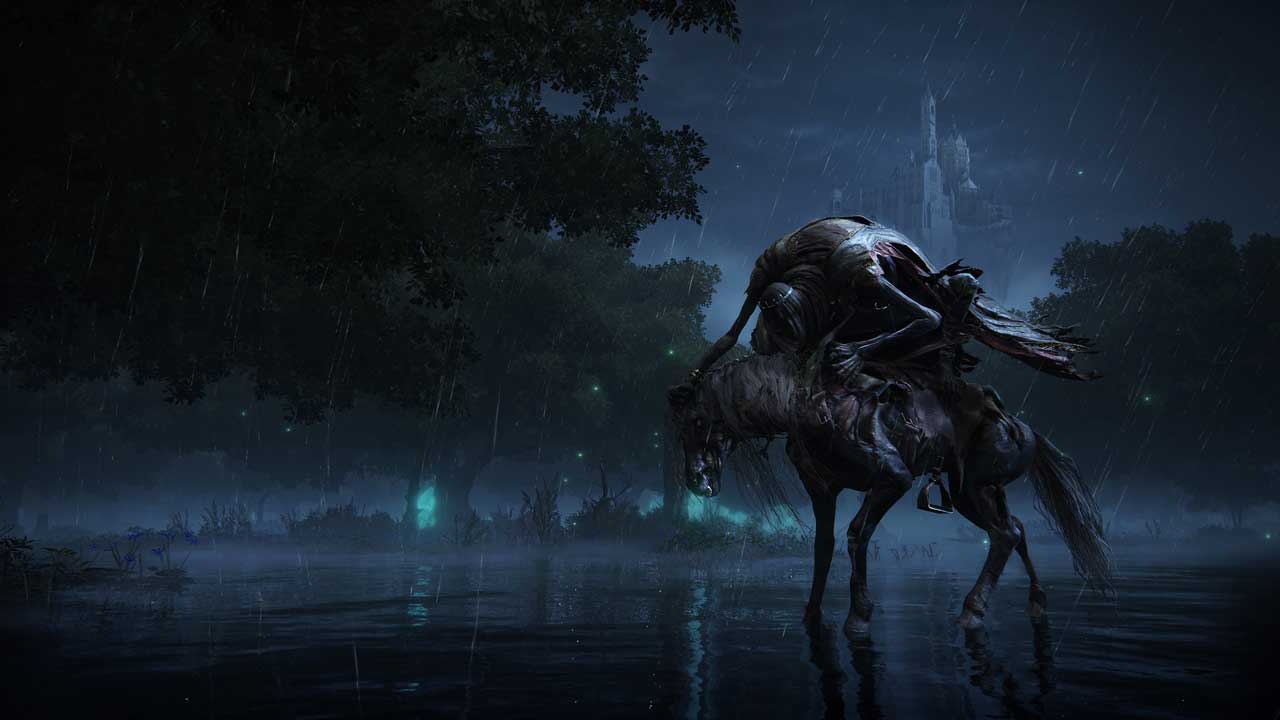 To describe Elden Ring’s reception as “positive” would not be inaccurate, but “overwhelming” is closer to the mark. Hidetaka Miyazaki’s latest masterpiece has been an unstoppable force since its late February release, with sales beyond the highest of expectations. You simply cannot escape Elden Ring right now, because even if you aren’t playing the game, it appears everyone on social media is. This means you have probably been subjected to reading about how angry “gamers” are once again shouting about difficulty settings, but on the flip side you have also likely seen some of the excellent fan art depicting FromSoftware’s darkly Nordic fantasy land. The fact that so many artists have been inspired to pick up their pens is a testament to Elden Ring’s beauty and brilliance, but don’t be fooled, this is not a place for the faint of heart. I died a lot. But at least I learned something too. So, without further ado…

Welcome to the Lands Between. I’ll be your tour guide. Please always keep your hands and feet on the horse, don’t get upset at being called “maidenless”, and do try to avoid those trolls.  Here are 10 screenshots of Elden Ring taken moments before a disaster, and what that disaster taught me!

1) There is a nasty surprise around every corner, and up every cliff.

I did warn you about the trolls.

The sheer brutality of the “Soulsborne” genre is well known, but an oft-overlooked part of that is just how sneaky these games are. Sure, it seems obvious now that a troll is up there, but first time travelling through this area precious few would have thought to stare upwards just in case an angry giant was lying in wait (For the record it merrily stamped me to death second time round too, knowing it’s there only half the battle). Elden Ring is inspired by Nordic folklore, and the amount of cunning nastiness lying in wait is something Loki would certainly be proud of. Be prepared. And then die anyway.

2) It takes real bravery to run away.

For those who haven’t played Elden Ring, this will just look like a rather wonderfully positioned screengrab of an imposing castle, but those who have will know that my player character is about to receive the furthest thing possible from a warm welcome. Sometimes there is no amount of friendly ghost jellyfish that can get you past the latest brick wall the game has thrown at you, and the enemy my unfortunate tarnished is about to meet is one such obstacle. Which is great. Sure, I was too weak to beat that boss right away, but six hours of exploring the opposite direction later and I could return with a hammer big enough to demolish that metaphorical wall. Often the way forward seems utterly impossibly, but if you are resilient and happy to run backwards into the unexplored wilderness, the Lands Between will eventually bend to your will. I mean, if you don’t try that optional boss right at the end, a pneumatic drill couldn’t help me break down that wall.

3) If you’re stuck on how to move forward, the answer does not involve a leap of faith.

Elden Ring’s Lands Between is utterly entrancing, so entrancing in fact you could ride your horse straight off a cliff while staring at the gorgeous landscape. Ahem. However, even if you are smart enough not to spend your entire time staring upwards as your trusty steed begins to plunge downwards, it is likely you will struggle with Elden Ring’s areas at some point. We have established horses and never-ending drops do not mix, and yet you can clearly see that there is something worth visiting on the other side of that canyon. Can you get there? How? Is more equine-based suicide the answer? Well, to answer each question: Yes, it’s complicated, and please don’t hurl yourself down any more bottomless pits. Elden Ring’s world contains the fantastic rule of if you can see it, you can (Almost certainly) pay it a visit, although the answer as to how is seldom obvious. Be methodical, take your time, and eventually, you will make it over that cliff. Just don’t be like me. I can still hear the echoes of unhappy neighing whenever I visit that part of the map.

4) It’s may not be a horror game, but you could still be scared to death.

I would not describe being satisfied with four limbs as a fringe viewpoint, but in the world of Elden Ring, it makes me something of an outlier. Ripping bits off others to graft onto yourself is all the rage in the Lands Between, with some dedicated trend followers going all the way into making it their house décor. The natives demanding an arm and a leg are far from the only unusual folks you’ll meet as you inch through Elden Ring, and the rather haunting designs ensure this is not a trip for the faint of heart. This is probably the closest FromSoftware has come to a horror game besides Bloodborne, and although it doesn’t go for scares most of the time, it is worth being aware of quite how liberated some of the spider-like hands can truly be. Sometimes one such hand can drop on you at a bad time and kill you before you’ve had a chance to pick up the controller you threw across the room. Enjoy.

5) You cannot avoid poison, so just try not to be too upset when it kills you.

Many of you will have read the caption to accompany this image and said, hang on a second, that’s red, poison isn’t coded to be red, it is always green or purple. And I’d agree. This red area instead gives you “Scarlet Rot”, a status condition that eats your health away at a rate far too fast to be merely “alarming”. Don’t worry though!

You can be poisoned as well.

Maybe you’re thinking you’ll just avoid the areas with these nasty status conditions, not dipping more than a toe in any poison swamps, and if you are indeed thinking that I pity you. If you do find a spot which isn’t intent on building up some negative status condition, enjoy it, and do tell me where that square foot of ground is located so I can join you.

Not that I’d make it.

Scarlet Rot got me ages ago.

6) Fights get a lot harder when giant fire breathing heads outnumber you.

This picture shows two enemies, the first of which is just a dude with a flaming branch. I was not overly concerned about him, after all, I did have a sword made out of more swords, but the free-wheeling inferno behind him is a different story. The moment you are fighting anything but one-on-one in Elden Ring you are in big trouble, you simply are not strong enough to manage most encounters. The optimum strategy, therefore, is a careful, methodical, approach. What this picture shows instead is me sprinting right past a fairly literal fire department, alerting a lot of hotheaded enemies to my presence. You do not need much imagination to work out how this ended.

I was burnt to death.

I love this game.

Oh, wow, what a lovely huge room I have walked into, how fantastic is this design, how unique, how brilliant to experience a moment of glorious peace.

But big rooms especially so.

8) There is an enemy called “Wormface” that can eat you.

9) What you know is nothing. Nothing at all.

The enemies on the right of this picture are unaggressive types, and the damage they can do is minimal. You’d expect then the enemy on my left to be similar, after all, they have the same design while looking a lot less mobile. Sadly, this lack of speed has left them so furious they explode as you pass by, and exploding is not a word I associate with survival. While my charred remains gently smoked in the gorge, I realized I had once again been taught a hard lesson. Sometimes Elden Ring is only teaching you something so it can laugh at you for believing in it.

The game laughs at me a lot.

10) The game is filled with wonder. But don’t wander off an edge.

Invisible stairs up to a snowy moonlit castle are fantastic, but invisible stairs do not tend to get strong signposting. Even when you have made a fantastic discovery, even when all the animosity has faded away, even when the game appears to be patting you on the back, it can all fade away at a moment’s notice. That pat on the back can so easily become a push over the edge.

And we all know I am prone to falling off cliffs.

Not many would begin their gaming journey with Shrek 2: The Game and end up loving the medium so much they write about it whenever they can, but here we are. Undertale and Night in the Woods are my absolute favourite games, and in terms of beloved franchises you'll find me either dying to a nightmare creature in "Soulsborne". or training a nightmare creature in Pokemon. Otherwise I keep too many pets, play too much football, and make too many puns out of my own name.