Fire Emblem Fates and Fire Emblem: Three Houses both contain multiple routes that change the outcome of the story, but the 3DS games far outperform the most recent Fire Emblem game in regard to routes. While Three Houses contains a great story across all routes, Fates provides incredibly fun and unique battles that truly make each game distinct.

Rather than each route being a rehash of another, Birthright, Conquest, and Revelation are all unique and feature differing maps, units, classes, and difficulty levels. If it was not for the shared universe, each game in the Fates trilogy could easily be considered its own standalone game simply because of how different the gameplay is.

What Makes The Routes in Fates Amazing on Their Own

Birthright is essentially Fire Emblem for beginners. It features the easiest gameplay of the entire series, with simple scout missions that award experience and gold. It is the perfect starting place for new players that are unaccustomed to Fire Emblem’s strategy gameplay, offering an enjoyable experience that does not require too much trial and error. Conquest is the complete opposite, made for experienced players who want a challenge. The extra missions are absent from this game, meaning that players must level up in story battles or rely on DLC. While Birthright’s later maps add more enemies to increase the difficulty, Conquest becomes harder by giving enemies better skills and stats. The final game, Revelation, is the middle ground between the two main games. Its difficulty is more similar to Awakening’s; not too easy, yet not too hard. It provides closure to the plot and exists as a golden route.

Each Fates game provides a totally different experience. Instead of reusing the same maps in each game, Fates uses mostly unique maps for Birthright, Conquest, and Revelation. When maps are rarely reused, they sometimes feature different objectives. For example, Conquest occasionally uses levels where escaping is the objective, rather than the usual Fire Emblem rout the enemy or defeat the commander objectives. Revelation plays with this too, utilizing maps to seize objectives more often than rout the enemy objectives. Each game also includes unique gimmicks in certain battles, from strong wind currents that can blow units to new areas or hidden spike traps.

Depending on which side the player chooses, they will have access to different classes. Nohrian units are typically mounted, usually on a horse. Pegasus knights do not exist in Nohr; rather, the flying creature of choice is a wyvern. Hoshido does not have any cavalry units but has more infantry units as well as pegasus riders. All of these classes function in unique ways, meaning that players have to learn new ways to play in each path.

After the release of Three Houses, another Fire Emblem game featuring multiple routes, it became apparent that Fates‘ routes are much better in a gameplay sense. Three Houses includes four routes in a single game, which is certainly less expensive than buying Fates‘ three separate games. However, fitting all four of those routes into a single game meant that some gameplay was sacrificed. Quite a few chapters in Three Houses reuse the same maps across almost all routes. By contrast, Fates typically uses new locations for each chapter, giving players a unique experience for all games. While having to purchase three separate games may be off-putting to some, Fates at least provides three completely different playthroughs that make each of the games seem brand-new. Three Houses, by comparison, includes two routes that are almost identical: Verdant Wind and Silver Snow.

Fates also has a shorter “common route” that can be skipped completely, unlike Three Houses‘ White Clouds. Fates allows players to get straight to the new game, without having to trudge through the common route they have already played before. Another thing that Fates does better than Three Houses is provide an equal amount of chapters for each route. While Three Houses has varying route lengths, with Crimson Flower, in particular, being very short, Fates has 21 chapters plus the endgame in Birthright, Conquest, and Revelation. Fates‘ common route is also only 6 chapters long, meaning that not much time is spent on the unchanged aspect of the games.

Three Houses allows the player to recruit students from houses besides their own. For example, a player may choose the Black Eagles house yet recruit students they like from Blue Lions or Golden Deer. When this is a possibility, players may fall back on the same units for each route since they are always available. Birthright and Conquest do not allow this; while there are a few characters that are present on both paths, players are forced to try out new units and classes on each route. This gives players more new experiences than Three Houses does.

Fire Emblem Fates provides a variety of gameplay that Three Houses sadly fails to deliver. Fates being divided into three games allowed more room for unique battles and mechanics across the trilogy, while Three Houses had too little space to truly reach the potential of its four routes. Birthright, Conquest, and Revelation each provide a unique perspective on the story of Hoshido and Nohr, while also ensuring that the gameplay of each is different enough to warrant buying all of them. 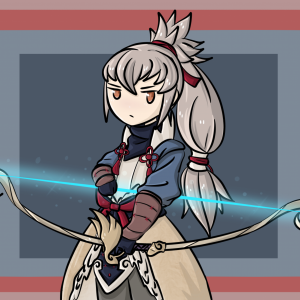