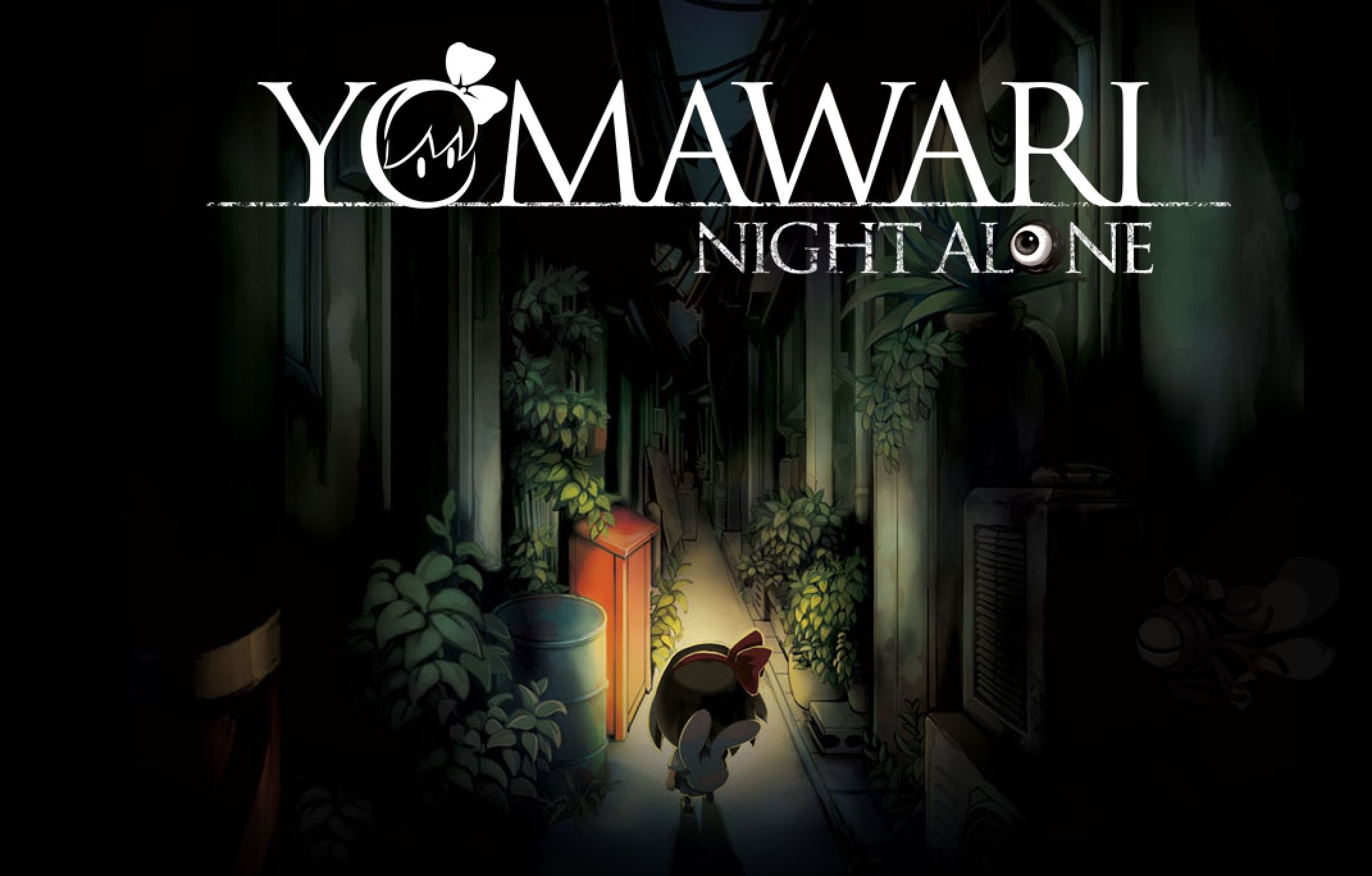 Horror games are weird. They’re in one of the few genres where design elements can evolve, devolve, or completely change all within the span of a few years. Trends kill things very quickly in horror, as you can only do the same thing so many times before it gets stale. Horror games have returned to the simplistic after the action-horror boom inspired by Resident Evil 4, relying on stalker-like scenarios mixed with jump scares to keep things feeling fresh. Even this has its limit, and the oversaturation of Five Nights, Amnesia, and P.T. clones starts to feel like a bit much. There’s always hidden gems out there, though, and it’s with confidence that I can say Yomawari: Night Alone is one of the better horror games released this year.

Yomawari takes a minimalist approach to its story. The game opens with you playing as a little girl walking her dog, Poro, home. Along the way, they play a game of fetch which results in Poro getting off his leash and the girl losing her friend. The game ties this moment into the tutorial almost seamlessly and is a good way to make you feel responsible for what happens. Upon returning home with an empty leash, the little girl explains to her older sister what happened. The girl’s older sister says that she’ll go find Poro, and what was supposed to take a few minutes ends up being hours without Poro or her sister returning. The little girl begins to worry and so starts her adventure through the strange and haunted town of Yomawari. 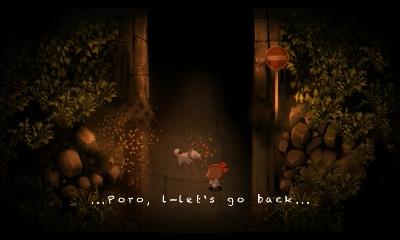 Yomawari is most easily described a horror-adventure title. There’s a lot of exploration in the game, mixed with elements of stealth and puzzle solving. The game is divided into chapters, and at the start of each one, the girl will bluntly state what area she needs to look in. This acts as a guide to advance the game’s plot, but there’s plenty to do outside of each chapter other than search for her missing family. Things you do in previous chapters will open up new side-quests and events in the subsequent ones. For example, one puzzle involves you unlocking a chicken coop, and then later that night all the chickens get out. You don’t have to do these side-quests, but often times they help unearth tiny tidbits of lore about the town and its inhabitants. You can also learn a lot about the little girl, as every item she collects gives you a bit more insight into who she is. Getting pulled into the mystery and events in Yomawari is very easy.

The game doesn’t spoon-feed you background information, and that’s kind of a good thing. You’re meant to sympathize with the little girl and her plight, and Yomawari does this by showing you everything through her eyes. She doesn’t seem to be concerned with the all the ghosts and monsters around her, in this town, it seems to be understood that weird things happen after the sun sets. This is normal to her, and that’s how it’s presented. In order for the player to dig out details, they need to uncover and explore every inch of the town, and everything down to enemy placement ties into this. The little girl gets abducted and taken to a factory by a monster at one point in the game; the main enemy here is the creature that kidnapped her, but there’s also a lot of small children ghosts placed in the area. Paying attention to newspaper clippings you find and some of the bulletin boards in town sheds some light on what exactly is happening without the game outright telling you. Just about everything in Yomawari has a story if you’re willing to dig enough for it. 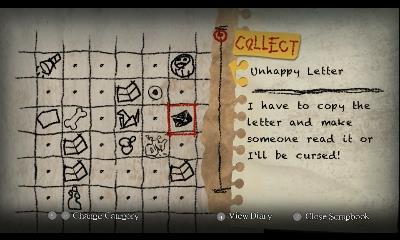 You can learn a lot from the little girl’s insights into the things she picks up.

For most of the game, there’s not really an antagonistic force. Many of the early chapters have the girl unintentionally stumbling into the misfortunes of another spirit or demon, which she helps to solve. Ghost are more like obstacles than enemies. The girl can’t fight back and instead has to find ways to avoid her spectral pursuers. Most ghost types have unique patterns, though. There are headless enemies that can’t see you so they only know where you are when you start running. The aforementioned ghost children only pursue you when you have your back to them, so you have to turn and face them with your light on until you can walk backward and force them off screen. The game often throws multiple types of enemies into an area, forcing you to sometimes think on your feet if you accidentally trigger something you shouldn’t have. On the off-chance you really mess up, you can try to have the girl duck into a bush and wait out the ghosts while they wander away. You really have to pay attention to the visual designs of some ghosts to get a feeling of how to deal with them, and this is really where the horror design and elements start to sink in. 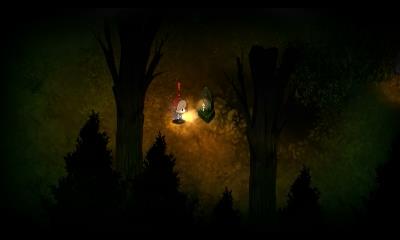 Jizo statues act as both save points and fast-travel locations to keep things from getting too frustrating.

The enemies in Yomawari are very unsettling. The small girl, her sister, and Poro are all animated in a cutesy fashion, and it clashes with the otherworldly designs of some of the creatures. While some monsters are humanoid in shape, many of the bigger and scarier things look like they’re straight out of a child’s nightmare. One of the first enemies you encounter is large spider demon. Its face is made up of cut-and-paste human elements, and its body can only be described as “white noise,” as what looks like fur randomly juts about its sphere-shaped body. 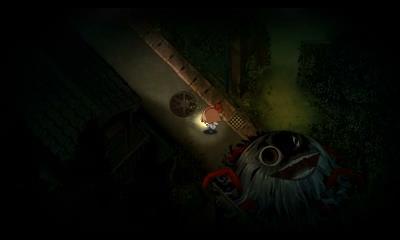 Yomawari doesn’t have much of a soundtrack, and that’s a good thing. Feedback is one of the most important parts in a game, and removing that makes it scary. Music often sets the mood and lets the player know what’s going on, but when Yomawari takes that away, you have to start assessing things more carefully. The game messes with your mind in this way, and even the tiniest unexpected sound, from inside or even outside the game, can get you to jump. It’s a simple, but effective, way too quickly build tension in the player when the visuals already do a great job of establishing the horror theme on their own.

Overall, Yomawari’s main story takes a little over 4 hours to complete, but if you actively go out of your way to explore, it can easily trail into the double digits. It’s a great game for anyone who’s looking for less an action-oriented horror title. Despite there being 1 or 2 jump scares early on, the game doesn’t rely on them to make you feel uncomfortable. There’s a lot of polish and good design here, and that makes Yomawari: Night Alone worth picking up for anyone wanting something scary to play.