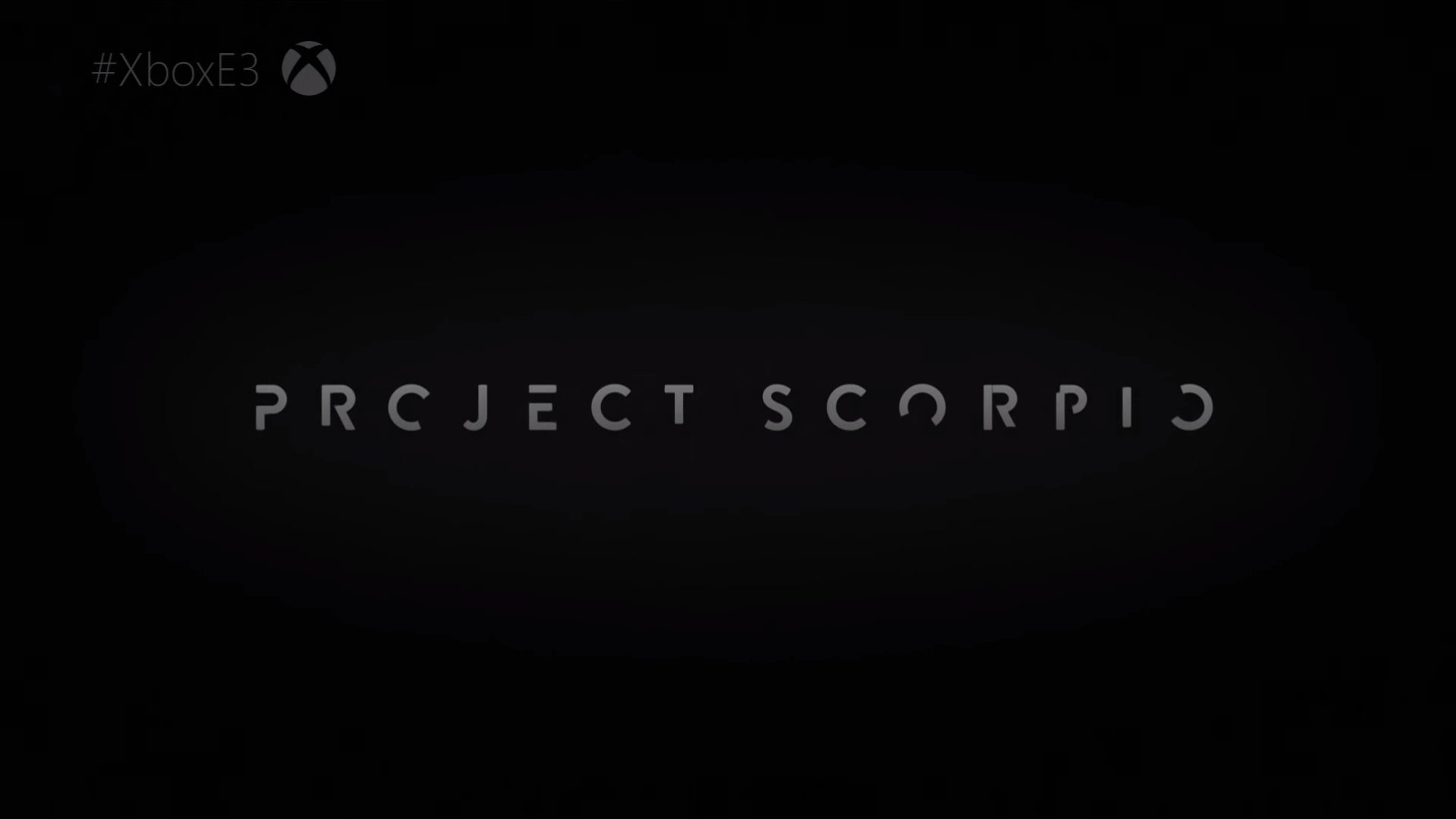 With the announcement of Microsoft’s “Project Scorpio” at E3 2016, the entire console industry has been fundamentally transformed. “Project Scorpio” (hereafter, the Scorpio), has finally returned console gaming to the cutting edge; with a reported 6 TFLOPS of GPU horsepower, 8 CPU cores, and what appears to be 12 GB of GDDR5 RAM, the Scorpio seems poised to rival the high-end PC market, as it is now, in a way not seen since the initial announcement of the PS3 in 2005, all with continued support of the original Xbox One. Alongside enhanced computing power comes the realization that the Scorpio could possibly become the first console to reach true 4K visual fidelity. The GTX 1070, the GPU nearest to the Scorpio in specs, can run most modern AAA games at around 45 fps at 2160p, and it costs nearly $379 on its own; with closer-to-the-metal control of the console’s CPU and GPU, there is the possibility that the Scorpio could even exceed those benchmarks.

Despite impressive hardware, the greatest innovation of the Scorpio will be how it redefines console software limitations. Microsoft is embracing the strategy of fellow tech titans, such as Apple, and are focusing their efforts toward making sure that the Xbox One remains its only line of consoles, with no need to confuse developers with new architectures every 5-7 years. No, despite how it is, quite obviously, an intelligent marketing strategy to increase revenue, it is also a step in the right direction for console gamers, PC gamers, and for gaming-centered computer technology, if properly implemented. 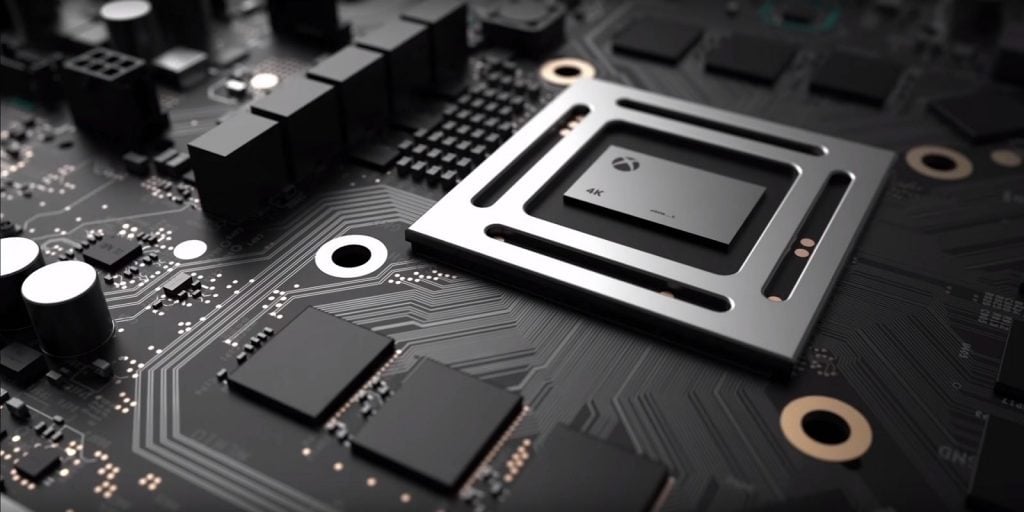 This photo has led to speculation that the Scorpio may have 12GB of GDDR5 VRAM.

The problem with consoles as a gaming platform have long been their technological irrelevance toward the end of their lifespans. During the official lifespan of the Xbox 360 as Microsoft’s main home console, from Q4 2005 to Q4 2013, the console’s fundamental hardware did not change. A custom, tri-core PowerPC CPU was surrounded by an ATI Xenos GPU running at 500MHz (with a maximum output of 240 GFLOPS) all tied together by 512 MB of RAM that could be used by both the CPU and GPU. While these specs were quite impressive for the time of release, meeting and even exceeding the performance of comparable cards from AMD and Nvidia, by 2013 they were practically antediluvian. The Xbox 360 hampered the ability of developers focused on more than just the PC market to create games that pushed the technological envelope across multiple platforms. The same is true for the PS3, whose Cell processor was a spectacular look into the future in 2006, but, by 2013, was a technology with poor performance (unable to run even lightweight titles, such as Final Fantasy XIV, at more than 720p 30fps) that should have been retired years before.

That this same trend has continued with PS4 and Xbox One is more than reason enough for gamers to be excited for the future of the Scorpio. Far from the future-proofed, spectacular consoles of the future that many were expecting in 2013, the current consoles (the Wii U included) have disappointed graphically since their release. The fact that Sony, Microsoft, and Nintendo all decided to reign in performance by picking consoles with limited internals (the GPU of the PS4 is a modified AMD HD 7870 and the Wii U has a CPU based on the Wii’s overclocked GameCube chip) shows that console developers have been holding back  growth in visual fidelity for too long. Merely two and a half years into this console generation the industry is seemingly moving on from all three consoles, evidence enough that the old idea of a console cycle is dying. 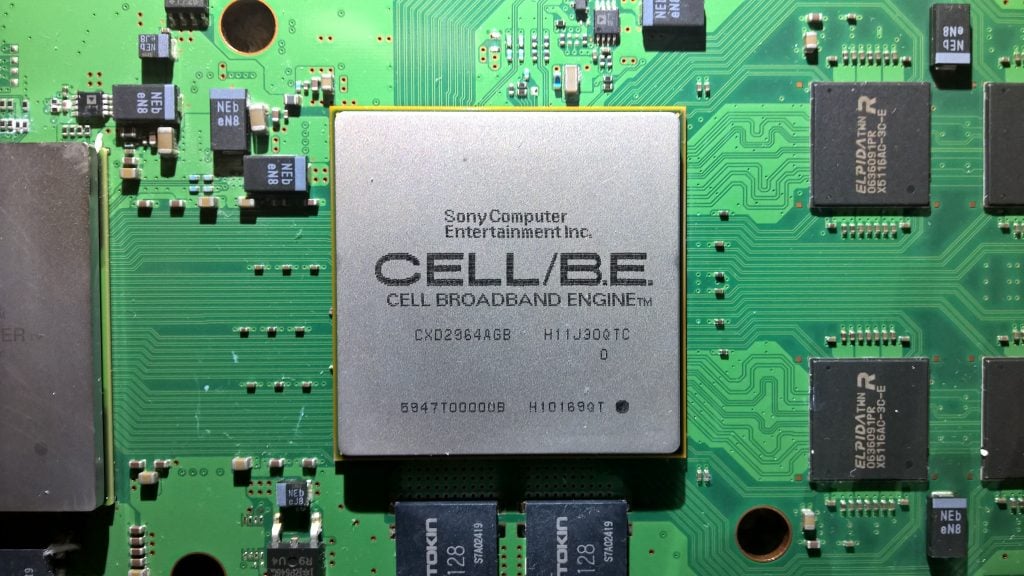 Toward the end of its life cycle, the Cell processor was heavily outpaced by competing PC processors.

While some may still cling to this antiquated standard, (one shouldn’t expect Nintendo to adopt this approach for quite some time) it is a step in the right direction. Consoles are more the outlier than the norm of technological development. Step-by-step roadmaps, such as Intel’s tick-tock cycle of CPU development, or Apple’s yearly iPhone innovations, enable  technology to consistently develop in a way which doesn’t hamper backwards compatibility or invalidate developer experience. These small upgrades over time, instead of large upgrades at once, ensure that an industry is constantly innovating instead of being hampered by an aging platform well past its time.

Backwards compatibility, itself, has been a significant issue plaguing the industry ever since the establishment of gaming consoles and many titles are still only available for the console they were developed for, years after their initial release. By developing a single platform to unify their gaming meta-strategy,  Microsoft has embraced permanent backwards compatibility. No longer will older games need to be ported, adapted, or given a remaster in order to be playable on a modern console. Instead, barring significant architectural changes, Microsoft’s consoles will be able to play games from the Xbox One onward without any significant technical challenges and unlike with emulation, the games will be natively playable, eliminating the need for a strong launch lineup with each console iteration.

With a new console strategy, Microsoft would propel Xbox, not as a single console, but as a development platform.

There are, of course, many issues to be solved with the Scorpio. Until it reaches optimal market saturation, there will be very little utilization of its overall improved graphical capability. That, coupled with Microsoft’s seemingly innate inability to properly market their consoles at the beginning of their lifecycle (barring one notable exception), are the reasons that Microsoft may not sell as expected with the Scorpio until it successfully pushes new features that are desired and not available on the original Xbox One. They must successfully retire the original Xbox One over the course of a few years while not offending the large segment of the market that owns one. This delicate balancing act is one reason why their step toward a single development platform could just as easily spell doom as success for the Scorpio. They are not simply trying to release a console which meets, or even surpasses, expectations, as they succeeded with on the Xbox 360 and initially failed with on the Xbox One, they are violating the founding principle of the console industry, dependability.

While the Scorpio will violate the core tenet of the console industry, it will help bring the industry fully into the 21st century and will ensure that consumers and developers alike will have access to hardware with more comparable visual fidelity. Instead of artificially limiting the speed at which games can visually develop on console, the steps taken with the Scorpio mean that the quality of games will not be quite as shackled behind the weight of underpowered consoles. No, with the Scorpio, it seems as if every segment of the gaming community will benefit. Gamers will have better looking games and those not willing to upgrade will still be able to play their games for the foreseeable future. Developers will have access to better hardware and will be able to keep backwards compatibility across generations, and Microsoft will be able to successfully launch a new console every 3-4 years. In light of all of this, the Scorpio is set to remake console history and, if successful, will change the console industry for good.