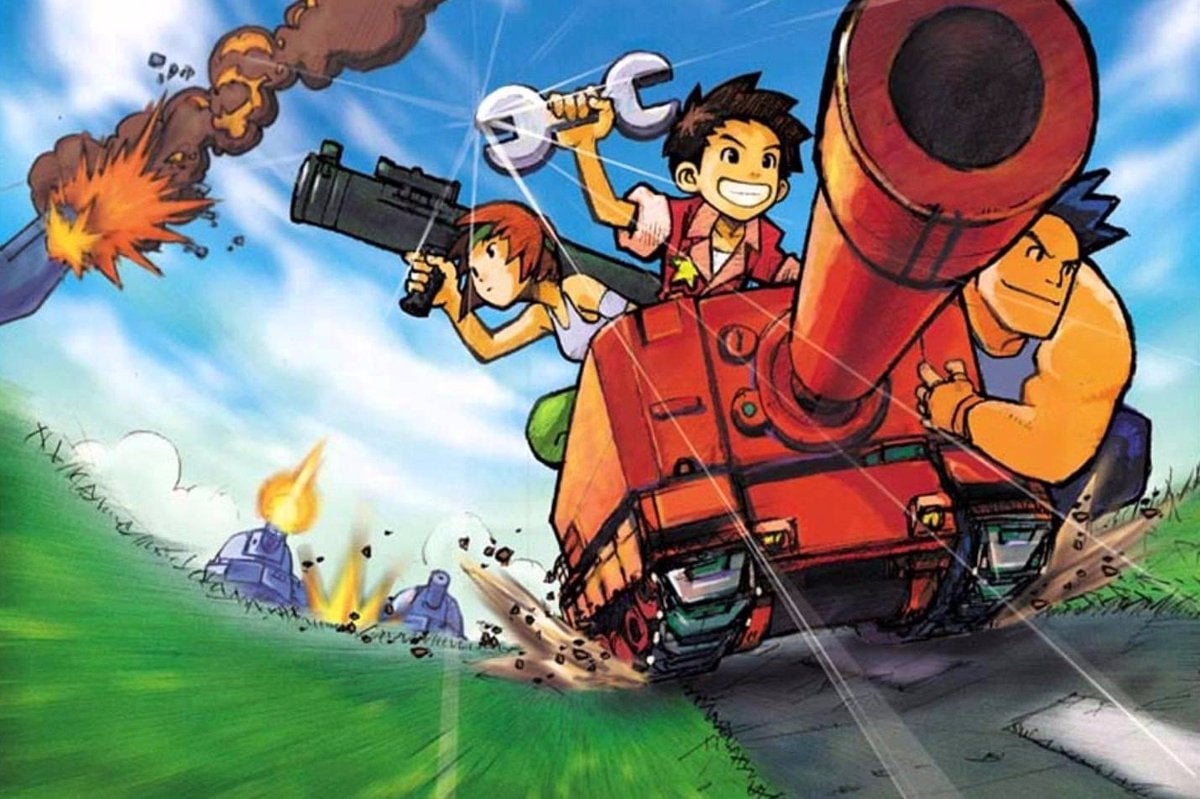 Over the decade-long lifespan of the Game Boy Advance, it became clear that the system was fantastic at a handful of things: bringing classic Nintendo titles to a handheld audience, and introducing that same audience to genres they may not have experienced previously. The influence the GBA had on a generation of gamers is undeniable. One of the absolute best titles on the system is also one of its first: Advance Wars.

Soon to be re-released on Switch (along with its immediate sequel) this winter as Advance Wars 1+ 2: Re-boot Camp, Advance Wars deserves to be celebrated. Strategy games are an increasingly inclusive genre, with different aesthetics to suit every taste. But for many, their first glimpse into the wide world of tactical strategy games was the bright, primary-colored world of Advance Wars.

At Home on a Handheld

Advance Wars was a must-own for anyone with a GBA. While Advance Wars was not a launch title for the system, the game came out within a few months of the handheld console’s release and was an immediate smash hit. While the upcoming remake has garnered attention ever since its E3 reveal, it is worth remembering that the series was hardly a household name in the West at the time of release. In fact, Advance Wars was the first game in the Wars series to ever be released outside of Japan.

It may be twenty years since the debut of Advance Wars, but the Wars franchise has been going strong since 1988. While Famicom Wars, the Japan-only first entry in the series, is unlikely to see a Western release date at this point, players can rest assured with the knowledge that Advance Wars is everything the original was and more. Advance Wars is a fully-imagined remake of Famicom Wars, and immediately made a splash when it was released on the Game Boy Advance.

At a glance, it is easy to see why Advance Wars connected with so many. Its lighthearted tone and anime-inspired visuals struck a chord, but it’s the gameplay that created a generation of tacticians. The cheery visuals and goofy tone mask one of the most intense and intuitive strategy games ever put to console. Its kid-friendly exterior was the bait, but the lengthy campaign with its endlessly replayable missions was the hook.

The compartmentalized structure of this turn-based strategy game is perfect for the portable form factor of the GBA. Missions are short, just right for a car ride or quick play session before bed. Objectives are clear, meaning that picking up the game after not having touched it for a few days was never frustrating. And even if a battle becomes protracted, the way some late-game missions tend to do, saving is a snap. Everything about Advance Wars feels seamless, even twenty years later.

Strategy games can feel overwhelming to learn. With systems upon systems to master, getting a foot in the door can be tough. But Advance Wars makes it easy, and that is the secret to its enduring success. The set of tutorial missions is snappy and informative, perfectly setting players up for what they can expect over the next several dozen hours. New units and tactics are introduced at a steady pace so that by the time the player reaches the endgame or decides to battle their friends via the link cable, they are ready for anything. While being prepared for anything is a tall order, Advance Wars manages to make this process fun and exciting.

Key to the success of Advance Wars is its single-player campaign. Every battle is judged, with higher rankings awarded to players who achieved victory in as few turns as possible, with few casualties. No matter how good the player is, there is nearly always a chance to earn a better ranking. Delightfully, these rankings can be further complicated by letting players choose different Commanding Officers to lead the charge into battle and even allowing for different victory conditions, depending on the stage. At every turn, Advance Wars bleeds innovation.

The Switch remake of Advance Wars updates the presentation of the Game Boy Advance version, placing more emphasis on the chess-like nature of each board. Character models were always toylike, even in the Famicom and Super Famicom entries of the franchise. The GBA sprites still hold up, however. Every unit is impeccably detailed, and though battles are bloodless, there is real menace at play. Tanks feel big, brutal, and dangerous, and even something as simple as an Anti-Air unit mowing down a hapless infantry platoon feels epic. The art style is timeless, and helps each pitched battle straddle the line between feeling badass and harmless.

Advance Wars is an achievement, bringing an entire franchise to the West in a perfect package. Its influence is undeniable, and it is safe to say that the success of this game paved the way for the eventual Fire Emblem franchise touchdown in the West. While the upcoming remake has been a long time coming, it is more than welcome, and will almost certainly create more new fans than ever before.