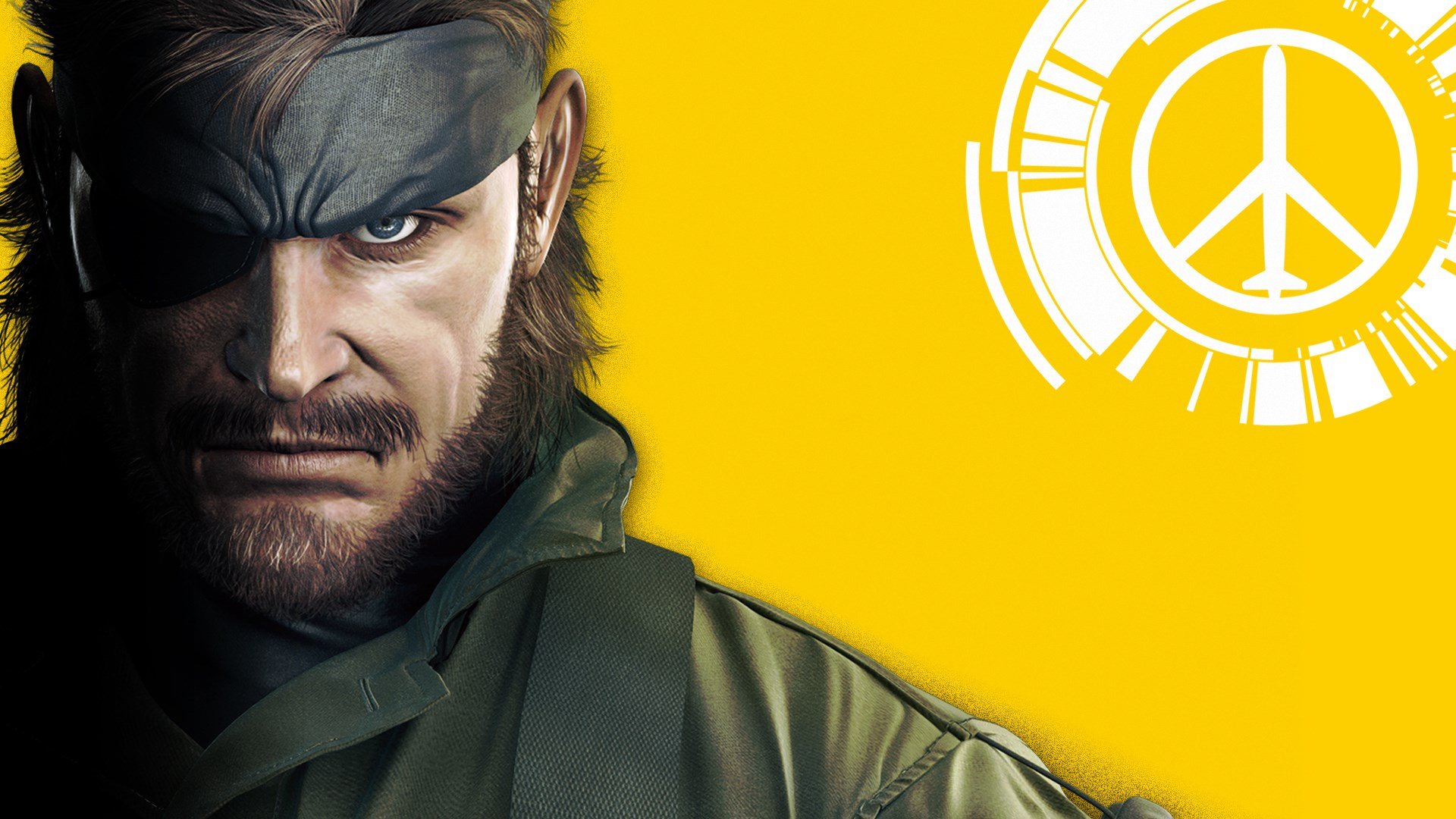 “Finally, we can leave all that crap in San Hieronymo behind…”

Metal Gear Solid: Peace Walker’s existence is awkward to say the least. Not only is it a sequel to a game that “definitively” ended the series, it also treads old ground by vaguely, and rather passive aggressively, retconning Metal Gear Solid: Portable Ops in order to retell Big Boss’ downfall for a third time. Set ten years after the end of Metal Gear Solid 3: Snake Eater, Big Boss has none of the funds he acquired at the end of Portable Ops and is once again going by his former code-name. In the advent of Solid Snake’s death, with nowhere left to go narratively or thematically, Peace Walker forces a place for itself in the franchise’s canon by pushing Portable Ops out and recontextualizing Snake Eater’s ending to be little more than just the first step in Big Boss’ downfall. To its credit, Peace Walker does play to the series’ ongoing anti-war message while also focusing itself around the theme of peace and its tangibility, but this is a story more interested in the intricacies of Big Boss’ life, a trend that will continue for the rest of the series’ short lifespan.

As problematic as it is to regress Big Boss down to Naked Snake for a second time, retcon aside, the logic behind Peace Walker’s concept is sound. Even though Portable Ops played a key role in fully understanding Metal Gear Solid 4’s narrative, there was a disconnect between Ops and the rest of the series. Where Snake Eater tied into both Metal Gear Solid and Metal Gear Solid 2: Sons of Liberty thematically, Portable Ops could only tie itself to Snake Eater in a narrative sense. Due to this specific distinction, the series could be broken down into two core story arcs: the saga of Solid Snake and the saga of Big Boss. While Guns of the Patriots went above and beyond to tie up every loose end in the franchise, through the lens of a two arc structure, it was still only the end of Solid Snake’s half of the story. After all, Portable Ops had set the precedent of Big Boss’ games focusing more on plot than grand themes. Peace Walker is no different.

That said, this does not exempt Peace Walker from criticism. Rather, it’s worse off considering how it disregards Portable Ops. Instead of continuing where that story left off, with a Big Boss ready to establish Outer Heaven, the Big Boss saga is back to square one with a main character teetering the line between anti-hero and villain protagonist. While the story doesn’t shy away from Big Boss’ more vile deeds, featuring him rather casually enlisting child soldiers, Peace Walker, in the wake of Metal Gear Solid 4, makes it abundantly clear that Big Boss is less of a fallen hero on the cusp of villainy, and more of a Byronic hero content on staying where he is. He’s still quite villainous in the right light, but Big Boss saves the world with such a frequency that it becomes almost impossible to see him as a genuine villain in a post-MGS4 context. It should be noted that a Byronic hero can be an outright villain, but Big Boss is obviously on the more heroic end of the spectrum at this point.

Inherently, such a shift in portrayal is not a bad thing. Some of the greatest antagonists in fiction only became so because of their natural charisma, strong sense of ideology, and convincing motivation. Watchmen’s Ozymandias stands out as a particularly compelling antagonist not because of his villainous actions, but due to his borderline heroic endgame. All that said, he is still a villain whose actions lead to mass murder. The Big Boss seen at the end of Snake Eater is implied to become this type of villain. He wants a world where soldiers are never made redundant and no one has to suffer under the scrutiny of cultural loyalty, but he goes about his goals by amassing nuclear weapons, enlisting child soldiers, and engaging in acts of terrorism. His goals are arguably heroic, but he is nonetheless a clear villain. Come Peace Walker, however, and many of Big Boss’ crimes against humanity take on a new light.

He amasses nuclear weapons out of the need for nuclear deterrence; he enlists child soldiers because they have nowhere else to go; and his acts of “terrorism” tend to save the world more often than not. The fact of the matter is, Kojima clearly did not want to write Big Boss as a villain anymore after Metal Gear Solid 4. This is not a case of Kojima brilliance where he’s writing a villain so sympathetic that many mistake him for a hero; Big Boss is genuinely a heroic character in Peace Walker. Every single villainous act he commits is justifiable within the narrative and leads to the betterment of the world. The only moment he comes off like a genuine villain is during his dictator-esque speech at the end of the game.

“If the times demand it, we’ll be revolutionaries, criminals, terrorists. And yes, we may all be headed straight to hell. But what better place for us than this? It’s our only home. Our heaven and our hell. This is Outer Heaven.”

In the same breath that Big Boss calls himself and his soldiers criminals and terrorists, he also calls them revolutionaries. The mere concept of revolution is one glorified in western culture and media, adding an ambiguity to his speech that shouldn’t be there. The mention of Outer Heaven is a reminder of the villain Big Boss is meant to become, but nothing that occurs in Peace Walker actually works toward that downfall. Big Boss has to kill The Boss again, this time in the form of an AI to symbolize her memory and impact in the world, but the decision to have Big Boss confront his mentor yet again is derivative at best and downright disrespectful at worst. The idea behind the inclusion is that Big Boss never truly processed the events of Snake Eater, yet the plot goes about this genuinely interesting concept in a bafflingly convoluted manner to the point where the original intent is lost somewhere in a script littered with mentions of peace, references to Che Guevara, and reminders that Snake Eater was indeed a game in the Metal Gear franchise.

It’s all conceptually solid, but another story focusing on The Boss feels like pandering of the worst kind. Her story ended with her death. The whole point of her character was that she left no visible impact on the world except through the eyes of Big Boss. The tragedy of her character was that Big Boss was the only person who truly understood her and, even then, he went on to misunderstand her dying will. This is all information conveyed at the end of Snake Eater, and Peace Walker redoes it all in a new context without even half as much of the same impact. Big Boss killing The Boss’ horse is a nice symbolic gesture, as is The Boss’ AI drowning itself as the end of the game to save the world, but there’s a human element missing from Peace Walker’s narrative. Big Boss isn’t really facing off with The Boss and, as a result, his interactions with the AI come off stiff.

Metal Gear has always been a series where its protagonists developed through other characters. Solid Snake opened up in his interactions with Meryl, Otacon, and Naomi in the original Metal Gear Solid; Raiden slowly became his own man by following Snake’s lead and through his interactions with Rosemary and the Colonel’s AI; and Big Boss awakened to villainy after being forced to hunt down and kill his mentor, The Boss, all while trying to understand why she would seemingly defect. Even in Metal Gear Solid 4, Old Snake crumbles and regrows as a character through his interactions with just about every single character in the cast. Peace Walker has a reasonably sized roster of supporting characters, which Big Boss does interact with frequently, but the most important relationship in the game, where Big Boss gets the most of his development, is completely one-sided.

The issue, in turn, reveals itself as Kojima forcing an arc for Big Boss that isn’t naturally there. This is a character who has already accepted the mantle of Big Boss twice, showed little to no baggage regarding The Boss in the previous game, and was already on the path to developing Outer Heaven. Peace Walker’s story feels like filler jammed into an already cohesive and complete narrative because Portable Ops was suddenly deemed invalid. Worse yet, the entire game steps around the notion of Big Boss’ downfall, instead keeping him in a morally ambiguous light at worst. The script comes off as scared of vilifying Big Boss, treating him with a bizarre amount of delicacy. It does not make for a more compelling character, but instead removes one of the most fascinating elements of the once franchise antagonist. Metal Gear Solid: Peace Walker is so afraid of tarnishing Big Boss’ legacy that the story spends roughly 20 hours building up to the same character beats present in Snake Eater and Portable Ops, hurting the character’s legacy far worse than if the game actually dared to be bold with painting a known villain as anything but heroic.