The gaming community is buzzing with reactions to Nintendo’s highly anticipated Switch event last night. In the aftermath, we finally have an idea of how many games we can expect to be released before the end of the year. As we expected, third parties are still treading lightly, with the exception of Square Enix, which revealed a list of five games for the Switch and UbiSoft, who has announced three games (Just Dance 2017, the open-world extreme sports game Steep, and Rayman Legends Definitive Edition, a re-release of the critically acclaimed Rayman Legends). But, Nintendo’s approach to the Switch lineup seems to be heavily focused on quality above quantity and as of right now, only a handful of games have been confirmed for launch, with a dozen or so set for the months following. It’s a small lineup for sure, with only 52 games announced in total so far. 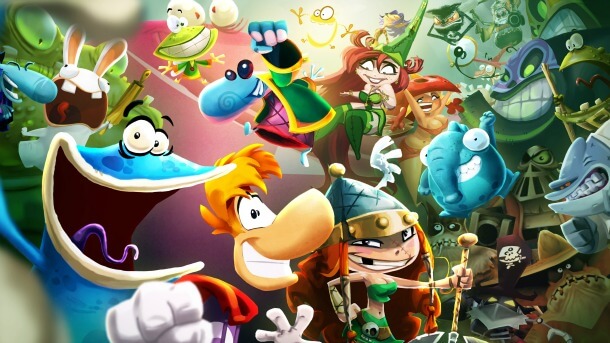 As mentioned above, the Nintendo Switch will have just five titles when the console launches, according to a tweet posted by the official Nintendo Twitter account. The Legend of Zelda: Breath of the Wild, 1-2 Switch, Super Bomberman R, Skylanders Imaginators, and Just Dance 2017 will launch alongside the console and shortly after, SnipperClips, Fast RMX, and Has-Been Heroes will release sometime in late March.

I’ve already written about 1-2-Switch, calling it the worst idea Nintendo has ever had, but what is far more disappointing is the lack of games players will have access to until the Holiday season. In comparison, the Wii U had well over twenty launch titles, although none were memorable, and Switch has only five. In fact, this might be the smallest launch lineup since the days of the N64. The Switch does have something however that the Wii U didn’t have at launch and that is a new Zelda title and the promise that the new Mario title will be released before the end of the year. But is that enough? 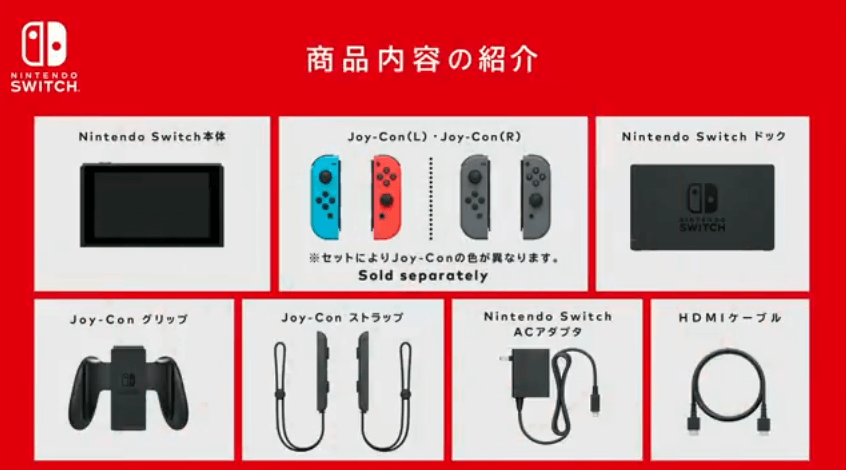 For die-hard fans, sometimes all you need is Zelda and Mario, but the problem is, Breath of the Wild will also release on Wii U, and while I think Super Mario Odyssey looks fantastic, others aren’t sold on a variety of environments that include more realistic settings, like the modern cityscape. According to a recent survey, 50% of game developers believe that the Nintendo Switch will outsell the Wii U, but at this point, Nintendo needs a hit on their hands and not a moderate selling piece of hardware. Given that Nintendo only intends on shipping out 2 million Switch units in March, I’d say it is safe to think that even Nintendo isn’t confident the system will sell well in the first year or so. Five games isn’t a lot to convince someone to buy an entirely new console, especially not when the Nintendo Switch’s price is as high as it is. And don’t get us started on the cost of accessories.

The footage for Super Mario Odyssey looks great and Nintendo said that this game would be more sandbox-focused than previous titles and that an unnamed secondary character (Mario’s cap), would play an important role in his journey. And during today’s Nintendo Switch Treehouse Live event, Miyamoto admitted that after Super Mario 64 and Sunshine, the company shifted to a more casual-friendly approach to 3D Mario games, but with Odyssey, they are looking to shift the focus back to a more exploration-based gameplay. No doubt the game has us excited, but Super Mario Odyssey is set to be released during the holiday season so we have a while before we can get our hands on it. Again is this enough to get consumers to shell out thier hard-earned money and invest in the Switch right away?

There are plenty of other titles that can keep you busy until then including of course, The Legend of Zelda and Mario Kart 8 Deluxe, which features new maps, new characters, a new Balloon Battle, Bob-omb Blast games modes, and new items, along with everything from Mario Kart 8, including all the DLC content. Additionally, Mario Kart 8 Deluxe will offer up to eight players in local wireless multiplayer. But for Wii U owners, the notion of having to pay yet again for a game you already own on another console isn’t enticing.

There is of course, other games outside of Zelda and Mario titles worth noting. Super Bomberman R marks the first console version of the series since 2010. Hudson’s demolitions expert is coming to the Nintendo Switch, complete with a new grid-based game that allows for up to eight players to go up against one another, either online or in local multiplayer. Meanwhile, it seems that Koei Tecmo is taking a Dynasty Warriors approach to another Nintendo franchise: Fire Emblem and Monolith Soft just announced Xenoblade Chronicles 2 for the Nintendo Switch. The Wii U’s Xenoblade Chronicles X was a bit of a disappointment, but that’s all the more reason that we are excited for Xenoblade Chronicles 2. It promises to be a return to form that made 2012’s Xenoblade Chronicles a cult classic on the Wii. Even better, Xenoblade Chronicles 2 will apparently release in 2017 in Japan and so hopefully the rest of the world won’t wait too long after. Meanwhile, last night’s announcement of Splatoon 2 was a big surprise and it certainly had the internet talking, and the cooperative puzzler SnipperClips (perhaps the most overlooked game so far) looks like a ton of fun. But there is still a lot of answered questions and Nintendo has a lot of hard work left to do to convince people to buy their new console, especially when the third party support is still lacking.

So back to the question I proposed above. Is there enough reason to purchase a Nintendo Switch? I think the answer to that question is a resounding yes, if only for the first party titles — but perhaps not right away. The company confirmed last night it has more than 80 third-party games in development for the console, and those would slowly be released over the coming months and into 2018 but many of the games announced so far are also available elsewhere. And while the Nintendo Switch seems like a better piece of hardware than the Wii U, I am not convinced that Nintendo has fundamentally changed anything about their home console philosophy, which, means the so-called third party support can eventually slow down. Bethsoft did confirm that Skyrim is indeed on the way for the system, but it won’t be out until Autumn, nearly a year after the high-definition version was released on every other console and EA has confirmed FIFA 17, but FIFA games are also available on other consoles and most certainly the Switch version may be a lesser port. Atlus hasn’t given a name yet to the latest Shin Megami Tensei game in its long-running franchise and the company seems unwilling to admit whether or not it will come to North America. Meanwhile, Dragon Quest 10 which switches up the formula of the classic Japanese role-playing game series by turning it into a massively multiplayer game has been confirmed for the Switch, but again, we don’t know when it will be released stateside. I am Setsuna, a deliberate attempt to revive the “classic” JRPG genre should make a neat addition to the Switch software lineup at least, and let’s not forget Project: Octopath Traveler which appears to combine traditional sprite-based artwork with three-dimensional backdrops and environments.

Unless Nintendo is saving its big announcements for a later date like E3, Breath of the Wild will have to carry the Switch on its shoulders until the Christmas season rolls around. There will be 35 titles released for the system between March and holiday season and for fans, that may be enough but for newcomers, it’s an expensive gamble given that most people will only have an interest in a small portion of those titles. There’s a reason why Sony does well. Not everyone likes role playing games and not everyone likes sports games, or fighting games, or racing games. You need variety and from the looks of it, in today’s market, the Switch seems to be another supplementary unit to an Xbox, a PS4 or a gaming PC – which is fine by me. I don’t buy my Nintendo console to play third party games. I have an Xbox One and a PS4, but not everyone is as lucky.

Unlike the Wii U, the Nintendo Switch has received a bigger, more creative marketing push with a clear focus. I can’t imagine anyone, for example, mistaking the Switch for the Wii. The system itself seems sturdy and the controls are a vast improvement from the Wii U’s gamepad. I’ve written about how impressive the hardware is but that still doesn’t change one ongoing concern, and that is a number of games we will get in the next year or so.

The one significant advantage the Switch has over both the Wii U, Wii and every console before it, is the portability, but that’s something Nintendo barely addressed since the debut of the Switch trailer. Nintendo’s ultimate plans for its handheld division remain unclear, and it’s hard to justify buying the Switch if you have a 3DS with its incredibly vast library of games.

At the end of the day, we buy Nintendo consoles because of the games, but for the first time in a very long time, Nintendo hasn’t yet shown us enough first party titles. There is no doubt this will change. Let’s just hope we learn more about these games sooner than later.