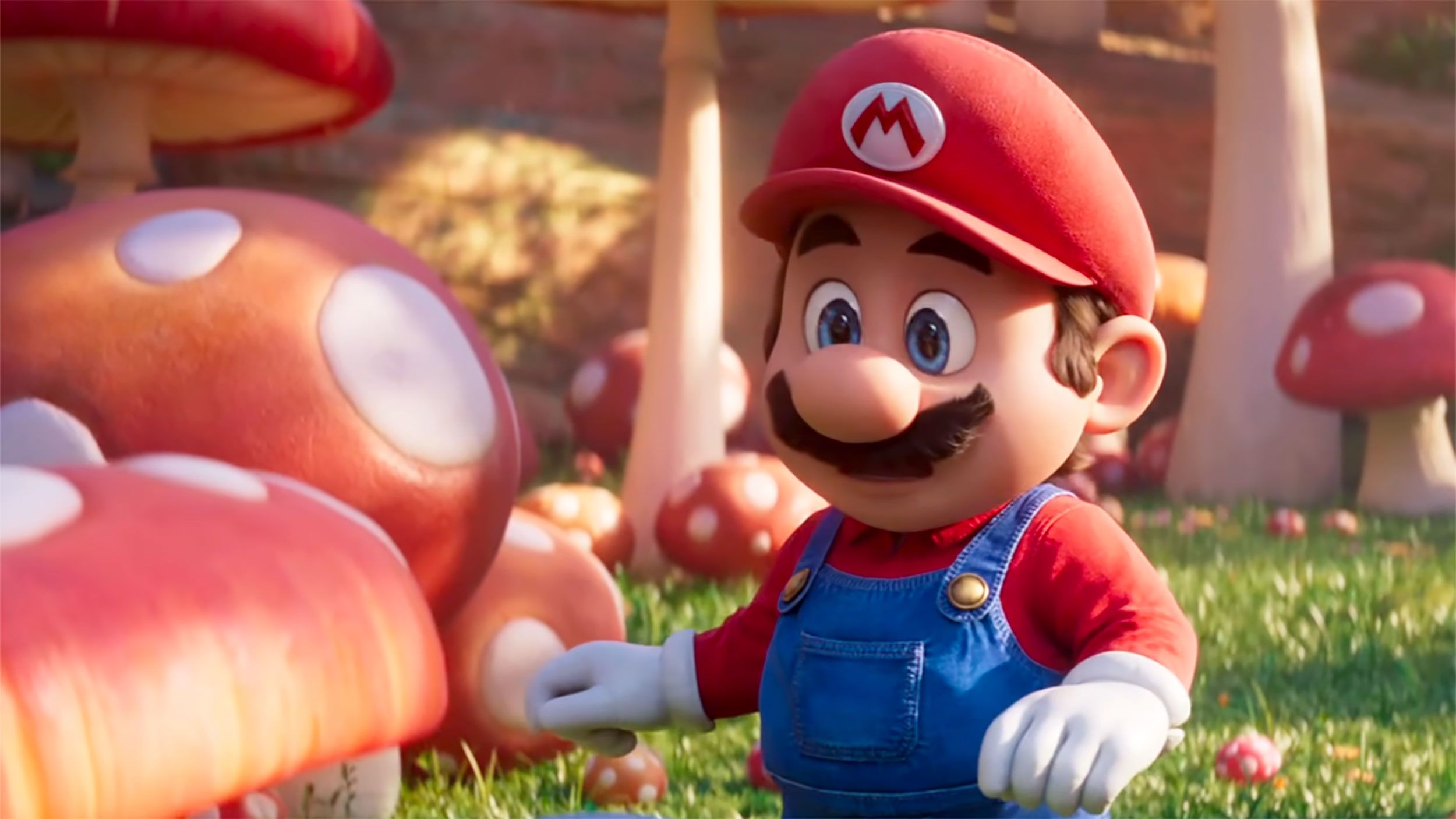 Whether you love or hate his previous work, Chris Pratt deserves a chance at the role of Mario.

Seven years since Nintendo first started conversations with Illumination Entertainment to bring their mascot to theaters, audiences finally received their first look at The Super Mario Bros. Movie during a Nintendo Direct broadcast that coincided with a New York Comic Con panel. While overall reactions to the movie’s first teaser have been extremely positive online thanks to Jack Black’s Bowser, the trailer’s sense of humor, and the film’s gorgeous visuals, an unavoidable amount of debate has been rising regarding the English version of Mario’s voice.

With only three lines of dialogue in the first teaser, there is so little yet so much to say about how Nintendo and Illumination have allowed the Guardians of the Galaxy star to voice everyone’s favorite portly plumber. Those who will be watching the English release of the film certainly have the right to be skeptical about how Chris Pratt’s version of the character will turn out. With the actor starring in so many Hollywood films nowadays, there is plenty of reason to be concerned about whether or not Pratt’s version of Mario may just be his usual voice for the whole flick.

But should fans be going into an uproar just yet? Is Chris Pratt truly not in line with Mario’s characterization for the movie? Even though we have all become accustomed to Charles Martinet’s voice, perhaps many users online are unfair to the actor when viewing Mario’s history across all of the entertainment Nintendo has dabbled in.

Compared to Ryan Reynolds voicing Pikachu or Ben Schwartz as Sonic the Hedgehog, Mario’s voice is in a public predicament that is far greater than what other video game icons have dealt with. However, this is also not a brand-new situation. No one has had a fair shot at voicing Mario in recent years because no one has ever been given the opportunity. No one has ever faced the challenge of doing something different amidst Charles Martinet’s monumental footprint.

Chris Pratt has a lot of weight on his shoulders when it comes to bringing Mario to life in theaters, but like his beloved video game counterpart, the public’s acceptance of his portrayal will take time to sink in–that is, of course, assuming his performance in the final product is good. Mario fans should acknowledge that Charles Martinet’s voice for Mario was not something that happened overnight for Nintendo in the mid-90s when the Nintendo 64 was released alongside Super Mario 64. Martinet’s Mario voice became as iconic as it is today thanks to Nintendo’s technological innovation and brand strategies that changed the face of the company and its mascot over several years.

Before Charles Martinet changed the public perception of how Mario should sound, there were plenty of actors who voiced the character from as early as 1983 up until 1994–at least in English. In Japan, meanwhile, Mario was voiced by other actors as late as 1997. Charles Martinet first went uncredited as Mario in 1992, before the release of Mario’s Game Gallery for the PC (yes, that really was his first real video game appearance).

Marinet’s cheerful-go-lucky interpretation of Mario only made it big with audiences when 1996’s Super Mario 64 changed gaming, and the actor began to appear as the character at promotional conventions using the technology developed for Mario Teaches Typing 2. Before Nintendo found its definitive Mario voice, the mascot had been portrayed for years with rougher and thicker accents that sounded exceptionally less cartoony.

Years before Martinet’s voice became universally recognized by Nintendo fans and general audiences, the late Italian-American wrestler Lou Albano gave Mario a Brooklyn, New York accent that stuck with English viewers. For almost a decade, The Super Mario Bros. Super Show’s cast established how English audiences (and several other regions) all perceived the game’s characters. It was only until Nintendo began phasing out their endeavors in the television business and adding voice actors to their titles with the fifth generation of home consoles that Mario’s rougher voice was exchanged for something that was considered more approachable for family entertainment.

Albano’s interpretation went on to inspire plenty of other actors that succeeded him after The Super Mario Bros. Super Show came to an end in 1991, but all of these voices have since been slowly wiped from Nintendo’s image to understandably keep Martinet in the spotlight and remain consistent with the Super Mario brand. Even though Nintendo may not acknowledge the existence of Super Show and the other Mario cartoons, there is still a generation of Nintendo fans who grew up hearing a completely different version of Mario and his friends.

So why is it that Chris Pratt’s version of Mario in the English version of The Super Mario Bros. Movie is receiving plenty of discourse online when there have been plenty of other interpretations of the character? The answer is simple. Again, we haven’t had anyone other than Charles Martinet voice Mario—or have made such an iconic stomp on the entertainment industry as the character—in almost three decades. Furthermore, that sentiment applies to the entire world as every language the movie is being produced in will have a new Mario voice actor along with every other character that makes an appearance.

There is a reason Martinet has won Guinness World Record awards for doing some of the most voiceovers ever for a character over time. The last person to voice Mario outside of Martinet in English was Marc Graue in 1994’s Hotel Mario for the CD-i. With that much time gone by, it is easy to see how many Mario fans (both old and new) are oblivious to the other actors that have voiced the plumber and helped shape the character’s personality before the turn of the century. In terms of audience size and global appeal, the Super Mario Bros. characters are unarguably more well-known today than they were back when Martinet first started.

It has become unnatural for many to hear anyone but Martinet voice the character. Likewise, perhaps that has always been part of a strategy from Nintendo in order to keep up with the Super Mario brand’s global perception. The company has never acknowledged Mario’s previous voices around the globe and has only allowed previous cartoons featuring their character to return to streaming platforms because of distribution rights with DIC Entertainment. However, now the company is well aware that it is going to have to dig back into its entertainment roots and allow its mascot to be helmed by many voices once again.

Like Nintendo’s recent endeavors in the film and television business with its new picture producer, Nintendo Pictures, the sudden departure from the company’s norms over almost the last decade is going to take time for audiences to adjust to. If there is one thing that Charles Martinet showed the world, though, it’s that anyone can take up the role of a character and succeed in giving an audience something to enjoy that they will initially resent–no other actor has arguably faced the task on the same scale before that Illumination’s lineup of Mario actors will, but it is undeniably conquerable. Again, for our English readers alone, Ben Schwartz was able to ultimately win over the hearts of the majority of Sonic fans despite initial mixed impressions due to his departure from Roger Craig Smith’s more cocky charisma.

Additionally, there are voice actors portraying Mario in the movie that are already receiving high praise with their first impressions, as can be seen with the French dub that fans cannot wait to see more of.

Will Chris Pratt knock it out of the park as Mario? Nobody can tell at this stage in the game—we’ve only had one teaser trailer with three lines of dialogue, after all. However, with how meticulous Nintendo has been with The Super Mario Bros. Movie’s creation, the decision to replace Martinet’s voice with Pratt for a true theatrical debut likely says a lot about the company’s trust in the actor–and the same goes for everyone else who will be voicing him across the globe.

So let’s all reserve our judgment, reflect on the past, and enjoy the finished product for what it is intended to be: a new interpretation of Super Mario Bros. for an audience that extends far beyond Nintendo fans. Mario is an icon, with a reputation that Nintendo would never harm–this is a company that is meticulous when it comes to how they license and develop products for their characters. Like everyone else who was given a chance to voice Mario in the past, including Charles Martinet, Chris Pratt deserves one. Even as someone who was hoping for a Mario voice closer to the games, we shouldn’t be putting Pratt down just yet for what he has to offer for the role.