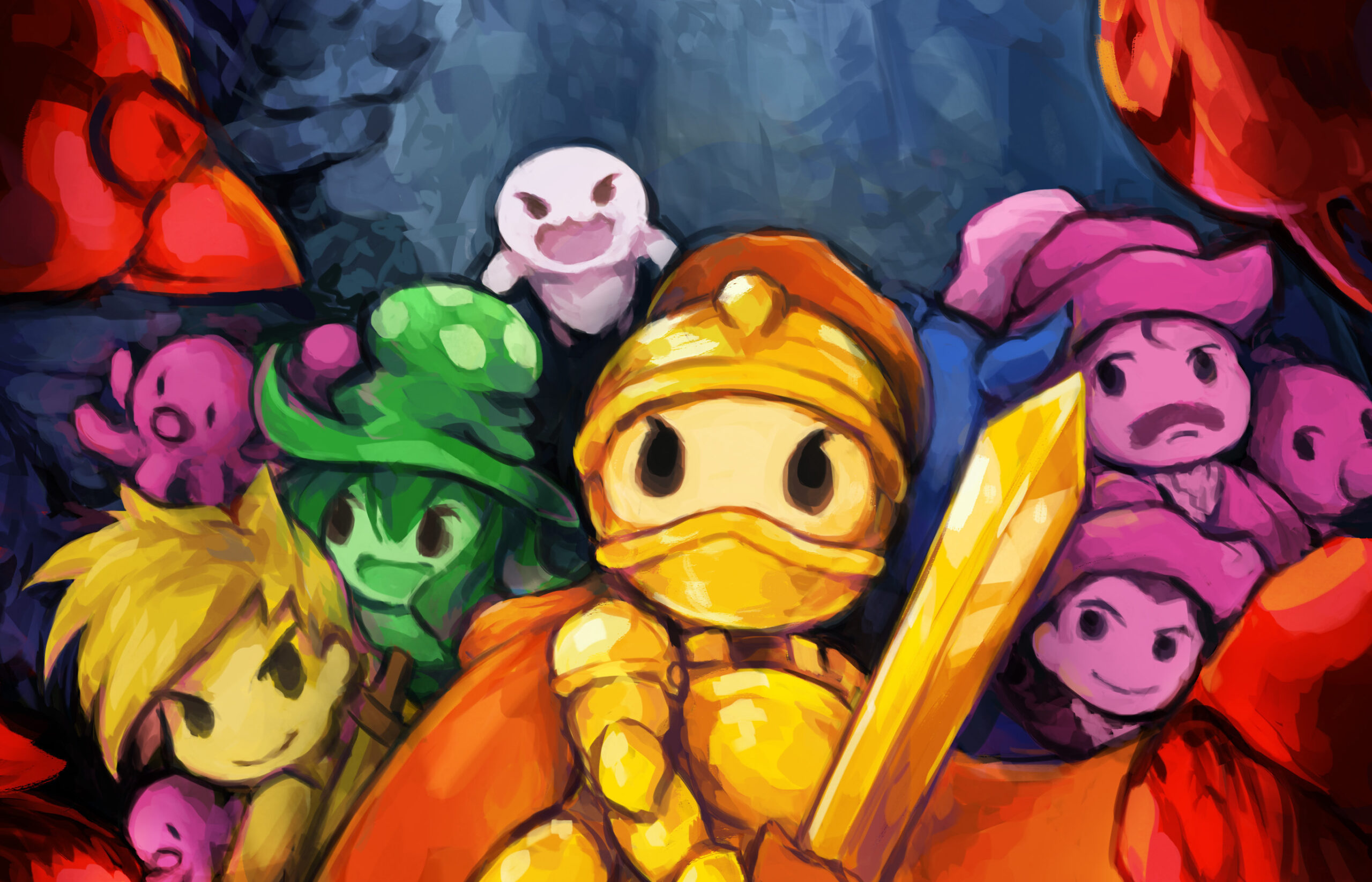 Indie Games Spotlight is Goomba Stomp’s biweekly column where we highlight some of the most exciting new and upcoming independent games. The endless barrage of announcements and reveals continues this week thanks to the recent Future Games Show: Spring Showcase and the ID@Xbox Indies Presentation, so we’re shining a light on a few games from those shows that you might have missed plus some others that deserve some love. Whether you’re looking for mind-bending puzzlers, funky platformers, or something in between, we’ve got a very healthy smattering of games this week. Let’s dive into it!

Groove Out and Jump Around in Renaine

There might be more than a few retro action platformers these days, but every now and again you stumble across some that show special potential. Renaine is one such game. Boasting a delightfully simple yet appealing pixelated aesthetic, Renaine boasts fast and fluid gameplay plus an infectious sense of style to make it stand out from the pack. It follows a classic tale of a knight setting out to slay a villainous dragon, but it shakes up its platformer formula with a fighting game-esque battle system that’s all about speed and stacking up the highest combos.

As players venture through the quirky and colorful world of Lineria, they’ll have to zip through plenty of obstacles along the way with fast and responsive controls that will be sure to make the game a hit with speedrunners. Perhaps one of the most exciting things about this release is its presentation–it pairs traditional pixel graphics with a surprisingly varied soundtrack encompassing everything from hip-hop to funk to big band jazz (seriously, check out its composer’s SoundCloud). It’s been a long time coming, but with frequent updates on the developer’s Twitter and Kickstarter pages, it hopefully won’t be long before players can start their groovy quest on PC and Switch.

Split Your Brains and Your Levels in World-Splitter

Some of the most inventive puzzle games teeter on the edge of being fun to play yet brain-melting to understand. World-Splitter might just be the next game to have this effect: in it, you’ll control more than just the player character. Using a unique twin-stick control scheme, one stick controls the character while the other controls “The Dimension Rift,” an axis that reveals an entirely new version of the current level wherever it moves.

World-Splitter has the kind of concept that’s difficult to explain in words, but when seen in action there’s clearly plenty of fascinating puzzle potential. It boasts more than 60 levels and promises to keep adding new wrinkles to the gameplay formula through each one of them to keep players constantly scratching their heads. Better yet, it even has support for local co-op with a dozen specially-designed two-player levels, making it easy to share the brainteasers with a friend. World-Splitter will provide a new dimension to digital storefronts on PlayStation 4, Xbox One, Nintendo Switch and PC on April 21.

Venture Out Into Demon Turf

PlayTonic Games has had a major comeback since the initial release of Yooka-Laylee, spawning successful spinoffs, well-received updates, and now making forays into publishing with Demon Turf. Developed by Fabraz, the makers of 2017’s delightful Slime-San, Demon Turf is setting itself up to be the next big (and actually good) 3D platformer–and you won’t have long to wait if you want to try it out.

Demon Turf bills itself as a platformer with attitude, following a spunky demon who sets out on a quest to take over the underworld. It boasts a beautiful blend of 2D character models in 3D environments, but most importantly, it just looks fun to play. It promises to provide plenty of varied platforming challenges, physics-based action combat, and even player-determined checkpoint locations that let you make the game as hard or as easy as you want. It even has a free demo on Steam that updates every week with new challenges, so you won’t have to wait until its full release on Switch, Xbox, and PC to start your journey into Demon Turf!

Descend to the Depths in Rising Hell

Has finally reaching the surface in Hades left you looking for another hellish roguelike to sate your infernal appetite? Luckily for you, Rising Hell is just around the corner. Published by Chorus Worldwide and Toge Productions (the team behind narrative-driven hits like Coffee Talk and When the Past was Around), Rising Hell gives you a simple task: you’re in Hell, and if you want to get out, you’ll have to fight your way to freedom.

Rising Hell takes its well-worn concept and literally turns it on its head by making its gameplay entirely vertical. Since you’ve already been plunged into the depths of Hell, the only way to go is up. It features all the core elements of a good roguelike such as loot to discover, combos to chain together, and characters to unlock, made all the more exciting by the constant upward climb of the gameplay. Get ready to raise Hell soon, as this bloodthirsty roguelike is launching on all platforms this May.

Start a New Type of Adventure in Nanotale

Typing games have had a bit of a mixed history over the years (anyone remember the brilliant Mario Teaches Typing?). However, Nanotale looks to offer a new kind of typing experience with an atmospheric fantasy adventure. Set in a fantastical world plagued by turmoil, this adventure by developer Fishing Cactus puts players in the role of a young woman who sets out to uncover the secrets behind an impending apocalypse.

Nanotale is all about helping players make the most of their keyboards. Its gameplay is highly varied: by flexing their typing skills, players can explore vast environments, interact with mysterious characters, unravel brainteasing puzzles, and engage in intense combat. It promises to strike a delicate balance between educating and entertaining, so whether you want to increase your average words per minute or simply set out on a new fantasy adventure, there’s plenty of value to be found here. Get ready to mash your keyboard, as Nanotale is available now on PC and even Google Stadia.