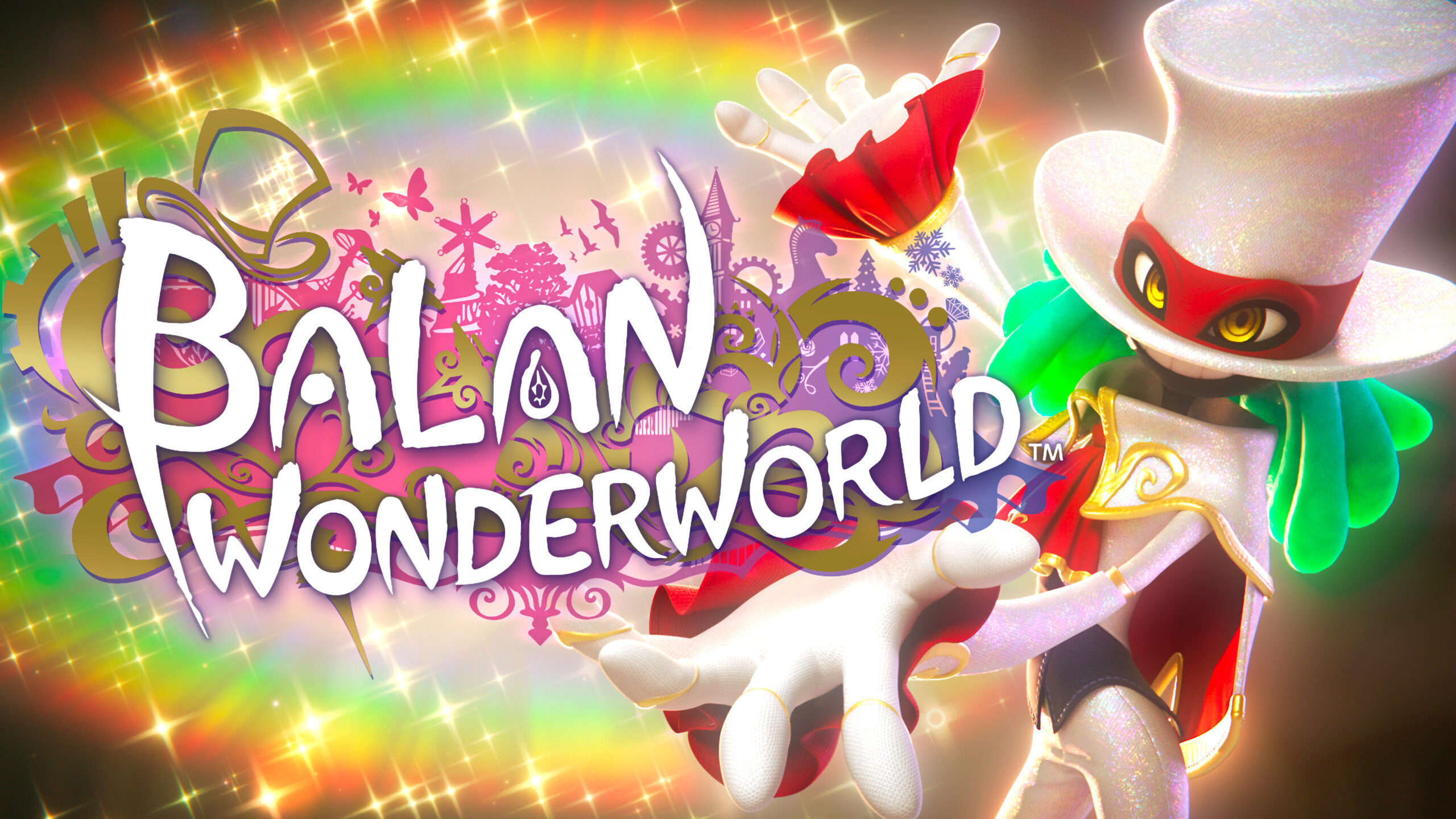 It can be heartbreaking to criticize video games. The fact that games get released at all is incredible, especially during this past year of COVID disruption. The journey from concept art to gameplay mechanics can be fraught, and the final product is often different from what the designers imagined. This is a roundabout way of saying that Balan Wonderworld is a tremendous misfire of execution. It’s a bad video game, but worse than that, it’s a bad video game with really good ideas, and that hurts all the more.

That Balan Wonderworld lands with a thud is surprising, given the pedigree of the creators. Yuji Naka and Naoto Oshima are known for their co-creation of Sonic the Hedghog, as well as Sega Saturn cult classic NiGHTS Into Dreams. This game was pitched as a return to form for 3D platformers in a market long-dominated by one man in blue overalls and a plumber’s cap. The team has a distinctive art style and on a surface level, Wonderworld looks fantastic. But there are structural problems beneath the surface that take this game from an intriguing novelty to a frustrating timesuck.

It’s an old adage in theatre that a rough dress rehearsal is indicative of a successful opening night. In Balan Wonderworld‘s case, the free demo that debuted early in 2021 was the game’s version of a dress rehearsal where the cast looks phenomenal and says their lines confidently and clearly, but the script itself is doggerel. A demo isn’t always indicative of the full product, but Balan skeptics should have looked at the warning signs and ran the other way. The saving grace of the demo is that if players experience it and don’t immediately put their controllers down in disgust, then they might find something to love in the full game. For better and worse, the experience of Balan Wonderworld can be extrapolated from the short demo.

The great ideas are there from the very start. Wanting to unburden itself from the shackles of complicated storytelling, Balan Wonderworld drops players immediately into the action with the barest justification of what they’re doing or why. Players can choose a playable character, Leo Craig or Emma Cole, though the distinction is meaningless as neither character has anything resembling an arc. All players need to know is that mysterious trickster god Balan has summoned Leo and/ or Emma into a world of fantastical delights, to help a dozen or so individuals with problems ranging from artist’s block to the death of a beloved pet.

There are a dozen different worlds, broken up into two acts and a boss fight each. Each world is themed around an individual, and this is Balan Wonderworld‘s first and best idea: that each storybook world unfolds like a little Persona-style dungeon where players navigate the perverse manifestations of an individual’s guilt, shame, or fear. Chapter names range from provocative (“The Man Who Rages Against the Storm”) to utterly banal (“The Champion Who’s Stuck in the Past”). Players only get the barest glimpse of plot just before the boss fight of each chapter, in short (but admittedly beautiful) animated vignettes. The tone is all over the place. A heartbreaking cutscene will play, the player will battle a grotesque NiGHTS knock-off, and then all the NPCs featured throughout the chapter will perform a choreographed dance together. It’s exuberant, joyful, and completely bizarre.

Music undergirds Wonderworld, to the point where every act is filled with NPCs dancing in time to the background music. It’s a fun touch and adds another layer of whimsy to the already ludicrous proceedings. These dancing NPCs do nothing but jam out; they are set dressing that exists solely to charm the player. Whether or not that works depends on how put off they are by the actual meat of the game.

Because for all its bright and colorful art direction, for all the big swings the game takes in terms of music and setting, the actual act of playing Balan Wonderworld is abysmal. What starts off as interesting and even unique is eventually revealed as shallow, repetitive, and frustratingly difficult. If Balan Wonderworld is a stage play, it’s Spider-Man: Turn Off the Dark: bloated, tonally incoherent, and a potentially career-ending misstep for anyone on the creative side of things.

The Heart of the Matter

Balan Wonderworld is a 3D platformer where the player cannot always control when and how they jump.

This is the unforgiveable sin of Balan Wonderworld. For this genre, freedom of movement is everything. It isn’t just the jumping, either. Movement in general feels restrictive and unfun, and for every novel moveset introduced into Balan‘s lexicon, there are three others that make no sense whatsoever.

It might seem unfair to make a direct comparison between Balan Wonderworld and Super Mario Odyssey, but the game invites such comparisons. In Odyssey, the player uses Cappy to inhabit the bodies of nearly every NPC they come across, to unlock different movement options and abilities. By putting Mario in the body of a frog, the player could reach previously unreachable heights. Finding Power Moon after Power Moon by bodyswapping their way across kingdoms made for an unforgettable time. Balan Wonderworld aims to give players similar options, by letting them hold up to three costumes to swap between at will as they explore chapters for golden Balan Statues and different-colored Drops. But rather than provide the player levels that feel exciting to dive back into again and again, limited movement options and uninteresting goals are the norm.

One of Balan‘s defining features is the choice to restrict all action to a single button press. On paper, this seems like a great way to promote inclusivity in video games. In practice, this is yet one more way that Wonderworld fails its players. Every costume’s unique function is tied to the action button, or is completely removed from the player’s control whatsoever, a baffling decision that is jaw-droppingly awful.

To wit: most costumes, like the flutter-kicking Jumping Jack or the whirlwind-blasting Guardian Bird can jump and attack with a simple press of a button. This is all well and good; the player can navigate a given level, and might even have a combat option to take care of nefarious Negati. But take the Dainty Dragon, a pint-sized firebreather found in the second act of the first chapter. The action button lets the player shoot a tiny fireball in place of a jump. So for as long as the player wears this costume, they cannot jump at all.

This is one of those design decisions that feels ill-thought out in the absolute best of circumstances. Players can swap between costumes as often as they like, but it is entirely possible to have a set of three different outfits that don’t let the player jump. Sure, it’s unlikely to happen, as every level is liberally sprinkled with outfits the player can change into, provided they’re holding a consumable key. But the fact that this can happen even once is testament to the idea that this whole mechanic wasn’t fully thought through.

A tiny curb can make or break progression. If the player is near a checkpoint, they can swap previously unlocked costumes into their loadout, but access is limited. Costumes have a limited stock; getting hit or (more likely) falling off a ledge takes the costume away. It is mind-numbingly frustrating to lose access to the more useful costumes, like the game-breaking Soaring Sheep, because of a difficult-to-read jump. Costumes are tied to individual chapters and acts, and if the player wants access to a specific outfit, they had best go to that particular level and stock up. A single touch from most enemies results in loss of a costume, and losing some of the rarer outfits is profoundly annoying.

Some outfits are much better than others for level traversal. Chapters are unlocked after finding a certain amount of golden Balan Statues, and any costume that lets players jump or float further away is a must-use. But some areas can only be traversed by the use of extremely specific outfits. Only the most keen-eyed players will be able to spot when an Act is hiding a Balan Statue behind an obstacle that can only be traversed by a specific costume; only the most dedicated will actually make an effort to return to that level with the specific costume in their loadout.

While some costumes and outfits are genuinely useful, others are momentum-killers. Some costumes don’t merely restrict movement speed, like the agonizingly slow Iron Apollo outfit; some make movement and platforming difficult at all. The Invisible Man costume, true to its name, turns the player invisible “whenever it feels like”, to borrow the game’s phrasing, turning movement and navigation into a chore. Imagine trying to line up a difficult jump, only to be turned invisible mid-leap and suddenly being unsure of where the character will land. There are several costumes like this that take control out of the player’s hands. All are frustrating to navigate. None are satisfying to wear.

Full of Sound and Fury, Signifying Nothing

Between Chapters, players spend time on The Isle of Tims, a central location that is part hub world, part Chao garden. As players push through Chapters and Acts, they’ll stumble across eggs that hatch into adorable Tims, bouncy little bird/ bunny hybrids that seem to provide no actual substance to the game. The player can feed found drops to Tims to fatten them up, and eventually breed them to create other Tims. Create or foster more Tims in the hub world, and they’ll eventually work to create a Mousetrap-esque contraption in the center of the area. What purpose this Tower of Tims serves, beyond being something the player can pour found resources into, is elusive. Unlike the various minigames that of Sonic Adventure 2: Battle‘s Chaos can compete in, Tims don’t seem to do anything but putter around and beg for drops. They are illustrative of Balan Wonderworld‘s larger problem: though there are nominal goals to work towards, there doesn’t seem to be much of a point in doing so.

Despite a few genuinely cool character designs (the titular Balan is a grinning, dapperly flamboyant showperson who deserves better than the short shrift they’re given), nothing in Balan Wonderworld comes together in any significant way. The player characters barely exist, and NPCs have little to no nuance. Gameplay is rough at best; there is a nagging feeling that every jump should have a little more height, that the game would be actually be fun if movement speed was just a tick faster.

Balan Wonderworld is a slick package, but like a carnival barker luring unsuspecting rubes to a dissatisfying live performance, leaves a lot to be desired. It’s a shame. There is a good game, maybe even a great one, somewhere in this mess. But as it stands, Balan Wonderworld is proof that pedigree is no substitute for playtesting.