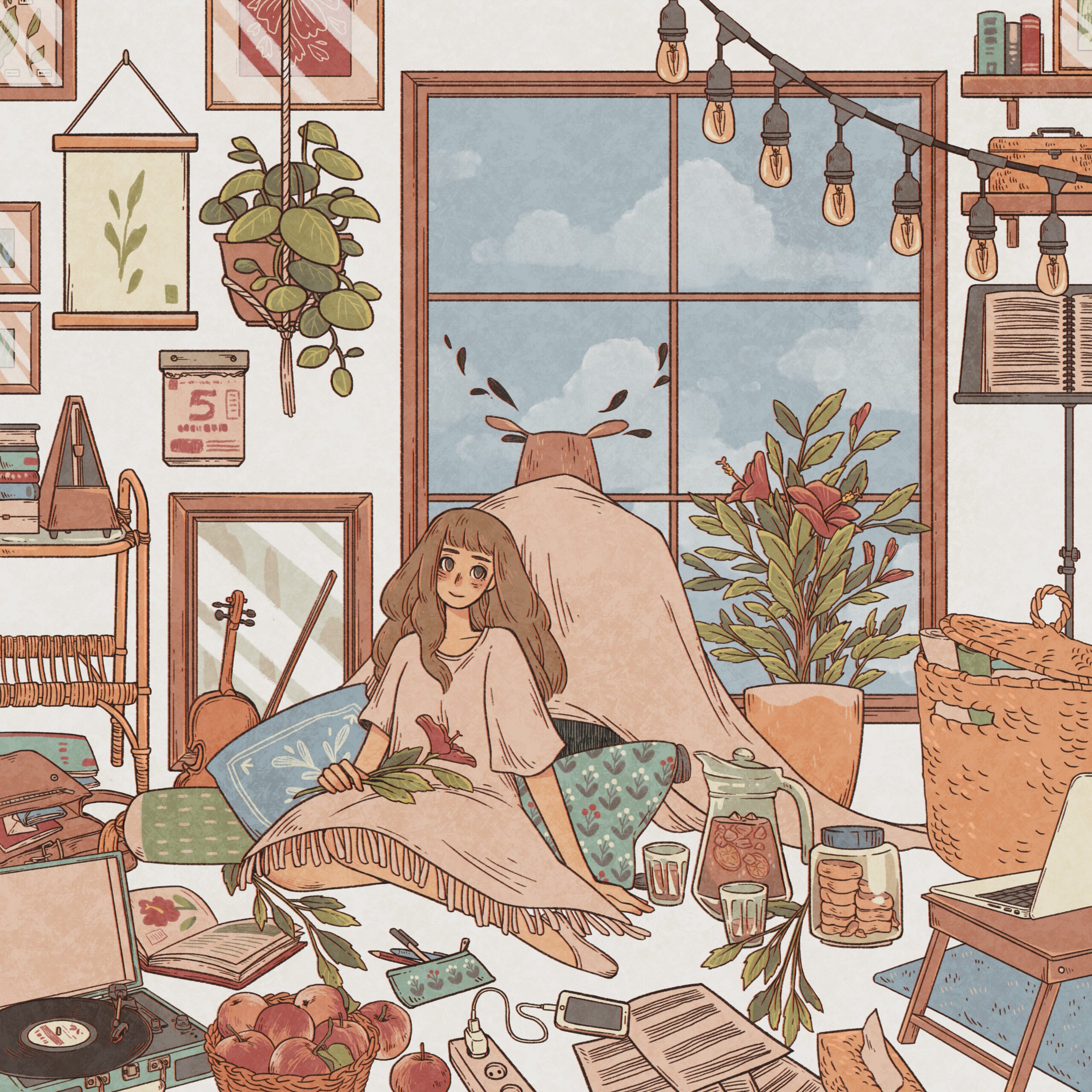 When the Past was Around Review

When the Past was Around shows that sometimes the most unforgettable experiences are the most unassuming. As a point-and-click adventure game that can easily be finished within an hour, it might not look like much on the surface. However, this latest release from the team behind Coffee Talk makes a major impact during its brief runtime. When the Past was Around is not only a compelling adventure filled with ingenious puzzles, but most importantly, it’s a masterpiece of wordless storytelling that cuts to the heart of the joy and loss inherent in human relationships.

Without a single line of spoken dialogue or exposition, When the Past was Around tells a story that focuses on emotion more than concrete details. It follows a gifted violinist named Eda, a young woman who has lost her way in life. However, she soon encounters a being known only as the Owl, a half-man, half-bird musician who gradually helps her find joy in the simple moments of life. What follows is a series of tableaus from Eda and the Owl’s relationship, chronicling their supportive romance and Eda’s gradual journey toward self-acceptance.

A dreamlike quality pervades the story. Doors leading to new environments materialize out of thin air; Eda levitates off the ground whenever the Owl plucks a string on his violin; and of course, the mere presence of the Owl with his avian head and human body lends a sense of spiritual disconnect to the story. Yet there are also moments of beautiful simplicity, where the lovers lounge, dance, relax, and write music together. Their story is genuine enough to feel relatable, yet bears enough touches of the fantastical to appear like an otherworldly vision rife with symbolism.

When the Past was Around says a lot for a game devoid of dialogue, and much of its plot is left up to interpretation. It can be seen as a story of love, a metaphor about moving on, or a parable of journeying towards self-acceptance. This vagueness is clearly intentional, allowing the tale to speak to many different players and experiences. However you choose to perceive it, though, there’s no denying that it’s an emotionally gripping experience that will likely leave many players in tears by the time it reaches its conclusion.

The way the story and gameplay intertwine with one another is one of the most impressive aspects of When the Past was Around. In many respects, it’s a standard point-and-click puzzling affair. You’ll have to click around your environment (or tap on the touchscreen if you’re playing on Switch in handheld mode) to pick up items and interact with objects to progress to the next room. Most of the puzzles are relatively simple, but they’re amplified by the way they tie into the wider experience. Several puzzles are based on the musical notation of the game’s main theme; others take the letters that the lovers write to each other and require you to deduce keycodes from them. The best puzzles arise out of the lovers’ day-to-day lives: one memorable sequence has you figuring out how to make tea and coffee for their afternoon snack. Simple moments like these make When the Past was Around a beautifully cohesive experience in which every element plays into the others.

The game has a brisk pace and regularly introduces new kinds of puzzles throughout its roughly hour-long runtime. While the game’s brevity works for its story and overall thematic ambitions, it does mean that the credits roll almost as soon as the puzzles start to get truly interesting. In the final few chapters, it introduces concepts like puzzles that span multiple rooms and environmental hints that require you to take stock of every aspect of your surroundings. However, the story concludes soon after these more complex challenges arrive, meaning that players looking for unique puzzle mechanics above all else will likely feel that When the Past was Around finishes all too quickly. However, the overall package certainly gets a lot out of its concise runtime, making up for any shortcomings in the gameplay.

In large part, When the Past was Around owes its emotionally gripping experience to its brilliant audiovisual presentation. It adopts a beautiful picture book art style, a visual direction that makes seemingly insignificant moments in the story feel truly impactful. As Eda and the Owl go stargazing or relax in their living room, the hand-drawn art conveys a disarming sense of peace and tranquility – mirroring what the lovers feel for each other. Even the simple pencil marks dancing by the edge of the screen contribute to the intimate feel of the game as if it’s a bedtime story come to life.

Musical motifs play a similarly essential role in fleshing out the world. When Eda and the Owl first meet, a simple, upbeat violin melody represents the joy they discover in one another. Over the rest of the game, this same melody takes on hopeful, playful, mournful, and uncertain variations to match the direction of the story. Even if it largely relies on the same tune, the soundtrack’s constant tonal variation and lush instrumentation keep it interesting throughout its complete duration. Filled with simple auditory touches, the music beautifully complements the overall thematic and atmospheric direction of the game.

When the Past was Around is a masterwork of artistic unity, in which every aspect of the game perfectly complements one another to create a touching story of love and self-discovery. Its clear creative vision informs its wholesome visuals, its heartwarming story, and its clever point-and-click gameplay. Telling a story that’s light on details but heavy on emotion, it’s bound to resonate with anyone who’s ever struggled with self-doubt or felt a deep love for another person. It might wrap up too soon, but its brevity makes it all the more impactful. Not many games can pack so many touching moments into such a short package. When the Past was Around is a gem that fans of emotional narratives and smart puzzle design can’t afford to miss – it deserves so much more than remaining stuck in the past.