Thus far, there are only five titles slated for the Nintendo Switch launch: 1-2-Switch, Just Dance 2017, The Legend of Zelda: Breath of the Wild, Skylanders: Imaginators, and Super Bomberman R.  While that might not seem like much, here’s why that’s more than enough and why less weight should be placed on console launch lineups in general.

The Legend of Zelda 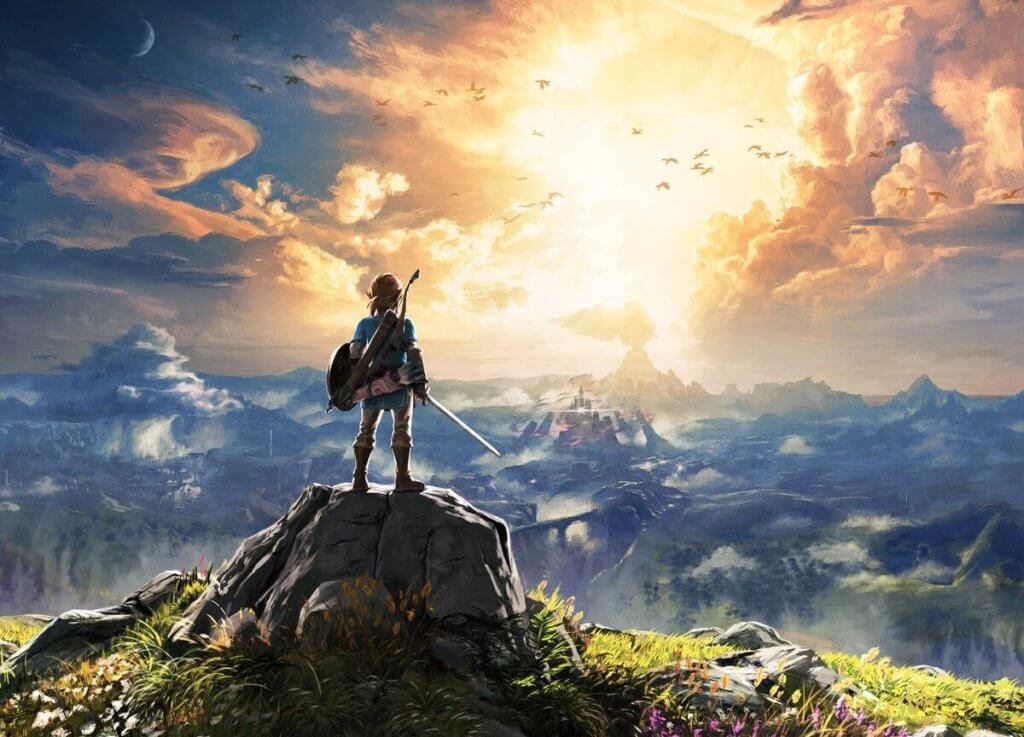 For starters, one of the titles is a Zelda game, and while that might not float everyone’s boat equally, for most Nintendo fans that’s one of five to ten major reasons to buy a Nintendo console (ie. 1. Zelda, 2. Mario, 3. Metroid, 4. Pokémon, 5. Animal Crossing, etc.).  Not to mention that the particular Zelda title launching with the Switch looks to be massive and should sustain player’s interest at least until the next major title comes out.  While my time with the game has been brief, twenty minutes at E3 was enough to convey that Breath of the Wild was an all new breed of Zelda, with more to see, do, and explore than ever before.  And with Nintendo claiming that Breath of the Wild‘s map is twelve times the size of Twilight Princess‘s, it promises to be a truly deep, rich world to explore and, at first glance, certainly seems to have more vertical depth and a notable…breadth of the wild for players to traverse.  A completionist run through of a closed world Zelda title can easily run up to forty to sixty hours, so expecting Breath of the Wild, an open world game, to match if not double that seems like a sensible prediction.  Consequently, a play through of The Legend of Zelda: Breath of the Wild should more than entertain early adopters of the Switch until…

Only five games may launch on March 3rd when the Switch does, but within the launch window of Nintendo’s latest console that number more than doubles.  In fact, three or more titles are expected to launch in March itself including Has-Been Hereos, I am Setsuna, and the adorably intriguing indie title Snipperclips, Cut It Out Together.  Not long after, the next new, major title for the Switch and the newest Nintendo IP, Arms, is due out sometime in the spring.  Perhaps more so than 1-2-Switch, Arms looks capable of demonstrating just what the Switch controllers, the Joy-Cons, are capable of.  Reminiscent of Wii Sports and Punch-Out, Arms is described by Nintendo as having “depth, challenge, and replayability,” favorable words in any gamer’s lexicon.  Arms could easily be the competitive, multiplayer counterpart to the enormous, Zelda single-player experience Switch owners need to switch things up and keep the console from getting stale early on.   If not, Mario Kart 8 Deluxe certainly fits the bill.  A phenomenal Wii U experience both alone and with friends, Mario Kart 8 was undoubtedly a high point for the last Nintendo console, and Deluxe looks to be the best version of a near flawless game.  Just look at that sexy graphic design in the title!  Toting new racers, courses, karts, power-ups, and a long-awaited, previously missing battle mode, Mario Kart 8 Deluxe features more than enough to justify a repurchase, on top of including all of the original title’s content, including the sensational DLC.  With only eight million copies of the original sold, this is a rare opportunity for millions to experience for the first time one of the best racing games of our time on what will hopefully be a far more successful and capable console.  Don’t let Mario Kart 8 Deluxe drive-by when it releases April 28th, shortly after the Switch launch. 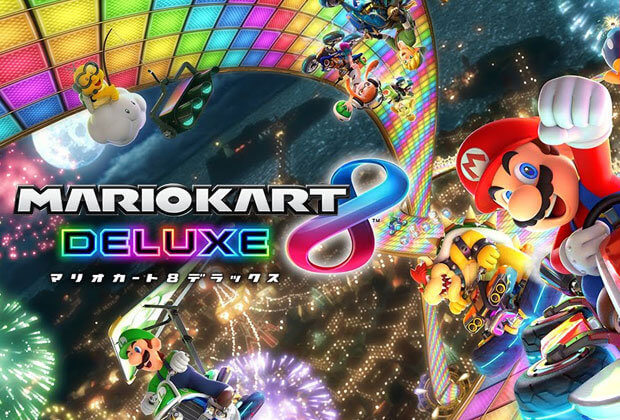 That’s all just in the relative launch window of the console!  The rest of the year looks equally if not more promising for the console with first and third party titles launching throughout.  And, with exclusives ranging from the magnificent looking sequel to Splatoon in Summer, to Xenoblade Chronicles 2 later in the year, to a brand new, truly unique 3D Mario title projected for the Holiday in the form of Super Mario Odyssey, on top of titles with releases to be determined, 2017 looks like a positive beginning to Nintendo’s newest project.  All of this goes without mentioning the inevitable return or follow-up to… 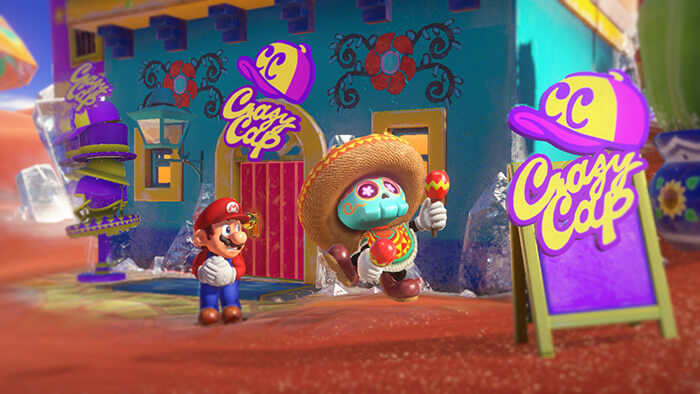 While Nintendo has been relatively quiet concerning its virtual library of titles, it’s unmistakable that Nintendo’s massive library of past titles will once again be available for purchase in some capacity.  Whether dreams will come true and previous Virtual Console purchases will be linked to a player’s Nintendo Account and be immediately available at launch or some unspecified date at a low to no cost point remains to be seen.  Perhaps it will be a perk of Nintendo’s eventually paid online service.  With the Switch fully revealed, maybe this will be the hot speculation topic of the next couple of months, but until Nintendo makes a statement, there’s no saying.  At least not beyond saying old titles will be obtainable on the Switch at some point.  I guarantee it.  What remains to be said is that this is yet another excellent way to flesh out the launch of the console and the year ahead of the Switch.  Should rumors prove true and select GameCube games be downloadable on the Switch, 2017 could feature some brilliant throwbacks as well as new titles, perhaps to prepare gamers for titles to come.  Super Mario Odyssey has already been compared to Super Mario Sunshine, perhaps players will be invited to make the comparison for themselves. Perhaps the future of Luigi’s Mansion rests on the Switch, and players can once more take a spooky journey through the spin-off’s eerie roots.   Many rumors surrounding the Switch proved true, let’s hope these rumors come true too.

Waiting May Be Worth It

Some of us are day one kind of people.  We like midnight showings of movies, we buy games immediately even if we don’t know that we’ll tackle them as quickly, and we want the latest piece of hardware on our TV stands or in our pockets as soon as possible.  For those like me, and diehard Nintendo fans to boot (have you noticed I write for a site called Goomba Stomp and host NXpress podcast?  I like Nintendo…like a lot.), the Switch has presented more than enough reason to purchase immediately, and my body is ready for the next Nintendo console. But, for everyone else, it might be worth waiting to buy the Switch.  While I want the console to succeed immediately and not to get caught in the vicious cycle the Wii U did where developers weren’t developing for the console because it didn’t have enough adopters, and gamers didn’t adopt the console ’cause it didn’t have enough support (for the record, it had more than enough of a library to justify purchasing it, especially by the end of its life), the thing about consoles is that waiting to buy in typically pays off.  Consoles get progressively better, cheaper, and come packaged with more later in the life cycle.  While $300 is more than justifiable for a portable home console (that’s amazing technology!), perhaps waiting to buy the Switch is the proper solution for many on the fence.  The library will only get stronger, the pack-ins better, and the services more sound.  While it may be worth it for the diehard Zelda fan to strike quickly, especially if they want to get their hands on the phenomenally enticing Special or Master Edition of Breath of the Wild, others may find many benefits to waiting. Especially since gamers seem to always have a backlog of games waiting to be completed.  Maybe now is a better time to finally tackle The Legend of Zelda: Skyward Sword if you’ve never beaten it before discovering an all new Hyrule in Breath of the Wild. 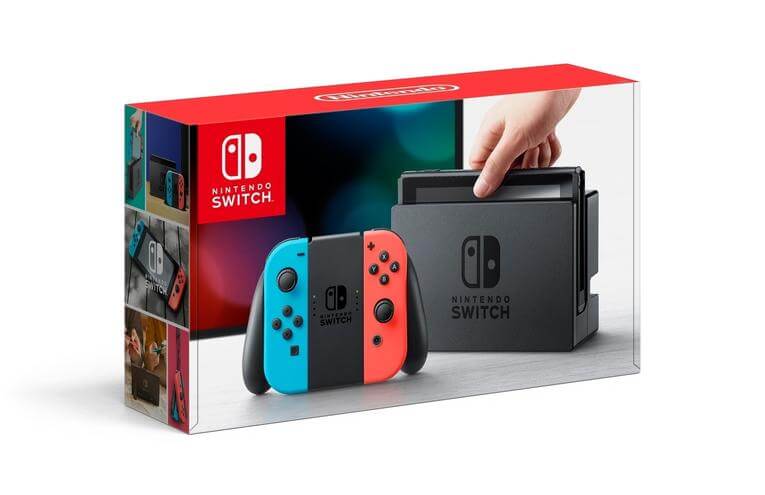 Conversely, backlogs provide excellent diversions during the slow seasons in gamers’ lives.  Whether the Switch will have any slow points in its first year remains to be seen.  Many announcements may await us, and E3 could be a source of immense joy for countless Switch owners.  Time will tell.  What’s true now is that less weight should be placed on a console’s launch titles.  Understandably, gamers want to reap the benefits of their investments immediately, but, historically, launch lineups are chalk full of games that are nothing short of a waste of money.  At the risk of sounding reductive, one of the greatest consoles of our time, the Xbox 360, featured nearly twenty titles at launch, none of which are even mentioned today, except for maybe Perfect Dark Zero, mentioned because of how disappointing a follow up it is.  The N64, on the other, only launched with two titles in the U.S., one of which, Super Mario 64, revolutionized 3D platformers forever and is considered by many to be one of the best games ever made.  But all too often the games a console is remembered for come much later in the console’s lifecycle.  No one talks about the Western launch title GUN for 360, but Red Dead Redemption, which launched five years after, is still fondly remembered and is receiving a well-earned sequel.  When it comes to launch titles, I’d opt for quality over quantity any day.  While the Nintendo Switch admittedly has a light launch lineup, one of its launch titles is the most promising game of 2017, and I for one can’t wait for the console’s launch, even with only five titles.  Personally, I’m about ready to make the switch to a new console and March 3rd can’t come soon enough!