Undoubtedly one of the highlights of the Nintendo Switch Presentation was the reveal that the previously teased Splatoon Switch title was none other than a full fledged sequel, Splatoon 2 (graciously not titled Spla2n,) and not an updated port as many suspected. With new styles, weapons, specials and more, Splatoon 2 looks like one squidiculously cool sequel, and the perfect opportunity for those who opted out of the original on the Wii U to experience the colorful, fast-paced, and frantic fun they missed the first time around. 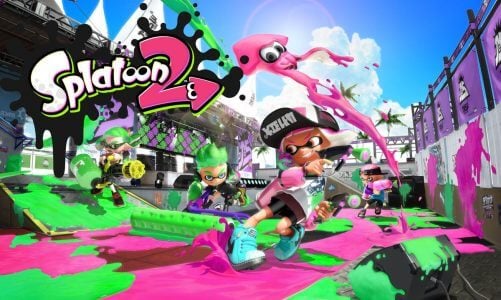 Splatoon 2 comes two years after the original, and boasts the engaging return of the four versus four Turf War gameplay that made the core concept of Splatoon so brilliant, and all of that available on the go thanks to the Nintendo Switch. To keep the experience fresh, a must for a game that brought a unique fresh coat of paint to the often tired shooter genre, Splatoon 2 promises the return of online multiplayer, as well as full local multiplayer Turf Wars, playable in all three of the Switch’s modes: TV, Tabletop, and Handheld. Further, the secretly exceptional gyro scope controls also make their return, happy news for many veterans, and work with the pro controller, both Joy-Con Controllers in a single players grasp, or individually, as both the Joy-Con R and L feature their own gyroscope. Similar to the Wii U’s Splatoon, additional content will also roll out after the games initial launch, giving players plenty of reason to continue visiting Inkopolis, or wherever Splatoon 2 is centered, long after launch.

If the original Splatoon is anything to go by, Splatoon 2 will have no shortage of unique weapons with which to claim turf. The first revealed new addition(s) are the Splat Dualies, dual-wielded ink blasters complete with a new Dodge Roll mechanic. Each blaster has its own reticle, giving the weapons a certain amount of spread. After a deft Dodge Roll, however, the reticles merge for a moment of enhanced accuracy, which promises to be a lethal maneuver in the right Inkling’s hands. Fan favorite tools of destruction – or…paint – return as well, including the Splatter Shot, though remixed to feature their own new mechanics, like the Dodge Roll, and special weapons. The Splat Charger is back, now capable of storing and retaining a charge, allowing players to maneuver and then strike suddenly at distance. The Splat Roller also makes its return, now capable of unleashing horizontal or vertical sprays of paint. Speaking to specials, according to one Treehouse representative, Splatoon 2 will feature entirely new specials unlike any seen before, like the Ink Jet with which to rain justice from above, the Sting Ray, which is a death laser which travels through obstacles, the Splat Sound, which is an inky ground pound that can be used while in transit, and Tenta Missiles, which create cluster bombs of inky death. 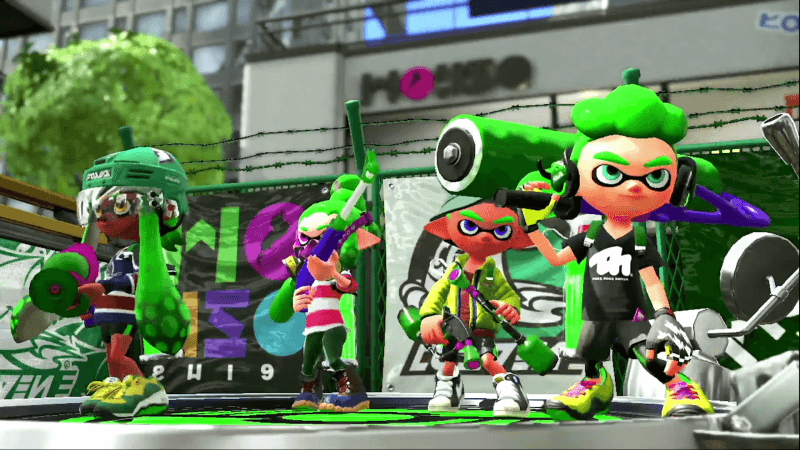 As hinted at by the initial Switch reveal back in October, Splatoon 2 will come equipped with new stages, a new story, and new hair styles and clothing so that the player’s Inkling looks as fresh as the game feels. Perhaps most importantly, Nintendo has confirmed that the Splatoon 2 will utilize the mysterious new online service, allowing for enhanced matchmaking and voice chat options through “smart device support.”  What this will look like in the end is anyone’s guess, but the prospect of easily making a group and having voice chat allow that group to properly communicate is exactly what Splatoon needed for friends to gather together and lay claim to turf.

More Splatoon is beyond exciting, especially for returning veterans. Despite its limitations, the original was fresh, fun, and provided endless hours of entertainment, either enjoyed alone or limitedly with friends. A little chatty at times, despite being one of Nintendo’s first true forays into online gaming, Splatoon was an immensely enjoyable game that featured exemplary quick matchmaking, engagingly terse rounds, and phenomenal all-around design that made it a breath of fresh air for any online gamer or shooter fan. Splatoon 2, with a fresh coat of paint, new features, styles, and the potential to connect more easily with friends, might just be the Splatoon we always hoped for, and the best possible entry experience for newcomers – a portable experience to boot! More inky news is sure to leak with time, unveiling more and answering some lingering questions, but the wait won’t belong. Splatoon 2 hits the Nintendo Switch Summer 2017. See you in the Turf Wars!