In today’s highly competitive market, many wonder if these competing companies could ever come together to create something special. But this was actually very close to happening. Sony and Nintendo were actually once partners and were going to create a console together that would have radically changed the world of gaming as people know it today. However, a major rift occurred between the two companies and this divide completely changed the gaming market forever. This rift was so bad that many people believe that Sony and Nintendo will never work together again.

Back in the late 1980s, Nintendo was leading the gaming industry with its highly successful console, the Nintendo Entertainment System (the NES). Its biggest competitor was not Microsoft or Sony, but Sega who used to make game consoles until it became a software company in 2001. 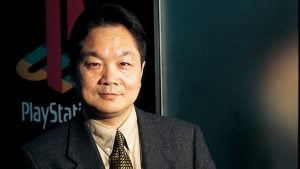 Sony originally had no involvement in the video game market. That is until Sony engineer Ken Kutaragi became interested in video games after watching his daughter play the NES. This made him take on a contract where he would develop the audio subsystem for Nintendo’s next console, the Super Nintendo (SNES). Ken Kutaragi secretly worked on a chip called the Sony SPC 700, which became the audio processing unit of the Super Nintendo. Kutaragi’s superiors weren’t happy with this project because Sony didn’t want to be involved in the gaming market, but Kutaragi was able to continue this project due to the support of Sony executive Norio Ohga. This lead to a partnership between Nintendo and Sony where Sony would create a CD-ROM add-on for the Super Nintendo. Development on the project began in 1988. 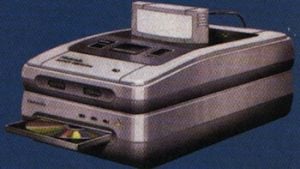 A prototype image of the SNES add-on.

However, by the early 1990s, the partnership between Nintendo and Sony began to severely decline. Sony and Nintendo couldn’t agree on how to split the revenue and handle the licensing on their joint hardware. Under their agreement, Sony had full control of the SNES-CD disc format and was given a large amount of control over Nintendo’s software licensing, which worried Nintendo because this meant Sony had more power over software distribution than Nintendo had anticipated. As a result, Nintendo president Hiroshi Yamauchi sent Nintendo of America president Minoru Arakawa and executive Howard Lincoln to Europe to negotiate a contract with Sony’s rival, Philips, that would be a lot more favorable for Nintendo. 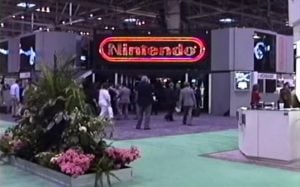 The 1991 Consumer Electronic Show where Nintendo announced its partnership with Philips.

In 1991, Sony announced their own console called the “Play Station” (spelled with two words at the time) that would be compatible with current SNES games and newer CD-ROM based SNES titles. However, only a day after Sony announced the “Play Station,” Nintendo announced at the 1991 Consumer Electronic Show that they would be working on the CD-ROM add-on for the SNES with Sony’s competitor, Philips. This was a huge surprise to Sony and they felt publicly embarrassed. Sony and Nintendo’s relationship was never the same after this announcement. 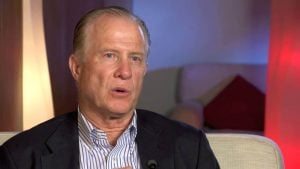 After feeling betrayed and left with a console that couldn’t be released, Sony tried to partner with Nintendo’s biggest competitor, Sega. In an interview with MCV, a website about computers and video games, Sega of America’s former CEO Tom Kalinske said, “Sony came to us after they had been rebuffed by Nintendo… They had wanted Nintendo to use some technology that they had, and Nintendo instead chose to work with Philips. That really annoyed Sony.” Kalinske claims that Olaf Olafsson (the President of Sony Interactive Entertainment, Inc.) and Mickey Schulhof (the President of Sony America) came to his office and said, “Tom, we really don’t like Nintendo. You don’t like Nintendo. We have this little studio down in Santa Monica working on video games, we don’t know what to do with it, we’d like Sega’s help in training our guys. And we think the optical disc will be the best format.”

A partnership between Kalinske and the Sony executives and Sega was formed. This lead to the creation of Digital Pictures, which would later create Night Trap, Sewer Shark, and Supreme Warrior for the Sega-CD. Both Sega and Sony were very interested in using the CD-ROM format for their new consoles. Kalinske went to Japan with Olafsson and Schulhof to meet with Ken Kutaragi who proposed Sega and Sony should create a console together. However, President of Sega Hayao Nakayama and the Board at Sega rejected this idea because Sony had no experience developing hardware. This created a division between Sony and Sega, forcing Sony to be on their own. 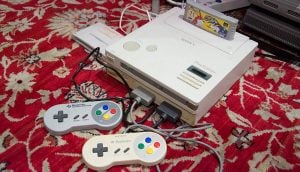 Sony’s attempt to partner with Sega and then use their knowledge from both Nintendo and Sega to create their own console angered Nintendo. As a result, Nintendo sued Sony in an attempt to obtain an injunction over the name “Play Station” which Nintendo claimed they owned. In 1992, they worked out a deal in court that would allow Sony to produce hardware that was compatible with the SNES under the “Play Station” title while Nintendo would have a control of the profits over the games. Around this time, about 200 Play Station prototypes were produced and some software for the console was being developed. But the damage was already done and the first Play Station prototypes never made it out of the factory.

By 1993, Sony was ready to move on with its own console as the company ventured into the gaming market for the first time. With Kutaragi at the helm, Sony rebranded the Play Station into the “PlayStation” that everyone knows today. By rebranding the name, it effectively eliminated Nintendo from their plans. The PlayStation was actually going to be called the PSX due to the negative feedback over the name, but it was scrapped shortly before launch. Either way, Sony was now a major competitor against Nintendo and Sega.

Meanwhile, Philips was allowed to use the rights to Nintendo’s characters for its CD-i multimedia device, which resulted in Nintendo CD-i games that were poorly received. The CD-i itself was considered a commercial failure. Philips ultimately never made a CD-ROM drive for the SNES. The main game in development for the SNES-CD, Squaresoft’s Secret of Mana, was eventually made smaller to fit a cartridge for the SNES. The only remaining legacy of the CD-i is its games often being used for YouTube Poops. 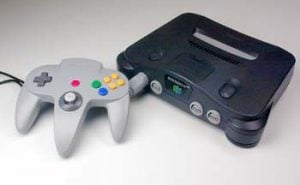 While Sony was creating its new console with a CD-ROM format, Nintendo completely gave up on using the format despite it being the reason for the rift between them and Sony. Nintendo decided to use cartridges for their new Nintendo 64 console, claiming that CD-ROMs required longer loading times and could be pirated a lot easier. However, by the mid-1990s, game developers preferred CD-ROMs because vastly more data could be stored on them. This allowed games to include things like full-motion videos, pre-rendered backgrounds, and high-quality voice acting in their games. Plus, CDs were a lot cheaper to make than Nintendo’s cartridges. Companies like Square and Enix (who were separate entities at the time) encouraged Nintendo to use CD-ROMs, but Nintendo refused to give up on cartridges. This caused several companies that had long histories with Nintendo to cut ties with them and work for Sony’s new console. One example being Square’s Final Fantasy VII which would become one of PlayStation’s most groundbreaking and commercially successful games. Although Nintendo did eventually use CD-ROMs for their next console, the Nintendo GameCube, and all its consoles after that. 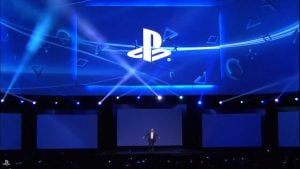 Sony’s PlayStation brand has become a major force in the gaming industry.

In today’s generation, the PlayStation 4 is currently the highest selling console on the market compared to Nintendo’s Wii U and Microsoft’s Xbox One. Nintendo remains popular for its amazing first party support and its focus on innovation with its hardware, but many argue it has fallen behind its competitors (outside of the Wii’s success). A clear contrast to the days of the NES and SNES. Whether Sony is the best company is all subjective, but nobody can deny they’ve become a dominant force in the industry. But just imagine if Nintendo and Sony went through with their partnership. Or even if Sega and Sony went through with their partnership. It’s amazing to think how radically different the gaming industry would be today if these plans panned out.

Since only about 200 Nintendo Play Station prototypes were made, it is a very rare and legendary piece of gaming history. In 2015, it was reported that somebody found one of these prototypes. This prototype was reportedly left behind by CEO Olaf Olafsson during his time at Advanta. Terry Diebold, a former worker at Advanta, acquired the prototype during the company’s 2009 bankruptcy auction. The system has been confirmed as operational and SNES cartridges can actually be played on the console. Although the audio output and CD drive remain non-functional. Terry Diebold and his son Dan Diebold traveled to Hong Kong for a retro gaming expo and showed off the console to the website, Engadget. Check out the video below: