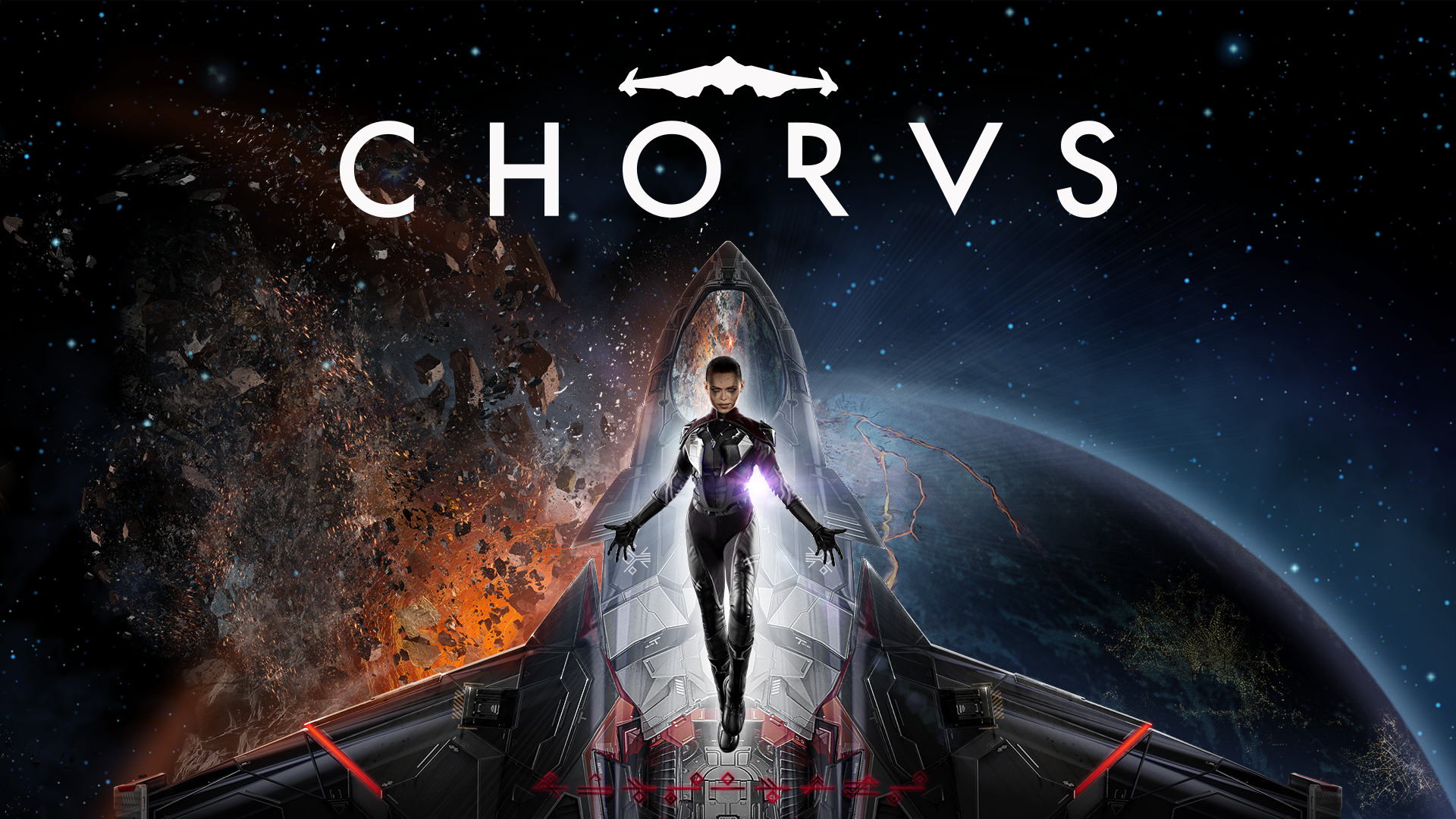 It is easy to think of space as vast and empty, an endless void. This endless possibility breeds dozens of sci-fi games set in space. From Mass Effect Legendary Edition to Returnal to Subdivision Infinity DX, epic tales in science fiction are having a resurgence. Chorus, developer Deep Silver‘s latest, is interested in telling a galaxy-spanning tale while also including the hard-knuckle dogfighting of something like Star Wars Squadrons. The most interesting science fiction interrogates the humanity within everyone, from space wizards to rebel fighters, and Chorus has it all. An epic space opera, featuring kickass ship-to-ship dogfighting in third-person and utterly gorgeous visuals, Chorus is a bit of a mixed bag in terms of pacing and difficulty spikes. But when its big narrative ideas collide with its satisfying combat, the game sings.

Novelty in sci-fi is incredibly rare, but the way Chorus remixes its inspirations is inspiring. There is a lot of Star Wars and even a little bit of Star Trek in this game. The narrative picks up some years after Nara, a former enforcer of the vicious Circle cult, nearly blew up the planet Nimika Prime, Alderaan-style. She’s making a living scavenging on the outer edges of the galaxy, far from anyone who knows her and her blood-soaked past. Though she interacts with others, she seems more comfortable alone. But the past has a way of catching up to those trying to run from it.

Nara is pulled back into action when Circle ships start appearing in her star system. Rather than run away, she defends her new home, much to the surprise of her neighbors. Realizing that the Great Prophet and his Circle are still out there, Nara decides to take the fight to them. But she can only do this with the help of an old friend: her sentient starship, Forsaken, often called Forsa. Once Nara and Forsa are reunited, Chorus begins to showcase its best ideas and worst impulses.

Gameplay in Chorus is entirely in the third person. With the exception of the ship from the tutorial missions, players control just one craft: Forsa. Similar to how Fox McCloud has his Arwing, Nara and Forsa share a special bond. Forsa can stop on a dime, even after blasting through space at the speed of light, and can make hairpin turns to drift around enemies and asteroids alike. Forsa has three weapons that Nara can swap between; there are straightforward cannons, shield-disintegrating lasers, and armor-shredding missiles. Recognizing which enemies are on the battlefield and adjusting accordingly is the surest way to victory.

But dogfighting isn’t the only thing to do in Chorus; there is a lot of time spent simply flying from one objective marker to the next. Chorus has just a smidgen of open-world DNA sprinkled throughout. Nara may be beelining towards the next big story beat across one of the game’s five main star systems, and catch a distress call that pulls her away. Sometimes these side objectives are exciting, a quick battle against space pirates or incoming Circle forces. Just as often, they’re tedious, as Nara uses her superpowered spaceship to collect five pieces of scrap to sell for a few hundred credits at a time. This is the contrast of Chorus: its main story is bombastic and epic, the visuals and music are pleasurable, but the smaller details and moment-to-moment mechanics of its semi-open world don’t quite measure up.

But first, the good stuff. There is a story reason the Great Prophet chose Nara as his champion: she is a Marked One, a woman who can tap into special gifts. Through mastery of mysterious Rites, Nara can disorient and disrupt even the fiercest attacks. After unlocking a few of Nara’s special abilities and experimenting with different weapons, Chorus finds its flow and steps into its own to offer truly unique ship-to-ship combat.

Progression in Chorus is tied to story missions, clearly delineated in the pause menu. But as Nara jets from one star system to the next, she’ll encounter distress signals, find points of interest, and even feel the call of the deep void of space to pull her towards different objectives. While some of these side missions are the definition of mundanity, others are genuinely intriguing, introducing Nara to a world full of politics and intrigue. There is a heavy military sci-fi bent to the proceedings, but there is also a big dose of the supernatural as Nara rediscovers the terrifying powers she gave up to live a life of peace.

The Rites are powerful special abilities tied to a cooldown. Using these Rites, Nara can teleport behind enemies, blast through them like a shooting star, and even stun them with a shield-destroying lightning bolt. Finding ways to upgrade Rite effectiveness and increasing the amount of times Rites can be used by finding collectible energy fragments is essential.

Combat is an obvious highlight of Chorus. Weaving through enemies and dodging incoming fire is incredibly satisfying, made even more so by a unique control scheme. Chorus is no on-rails space shooter like Star Fox; players must be fully aware of everything around them at any given moment, including threats from above and below. Though some skirmishes are over in seconds due to Nara’s great power, some setpiece battles feature waves of increasingly powerful enemies, sometimes culminating in the elimination of an enemy flagship. These titanic ships require Nara to fly her far more maneuverable single-seater into the core of the larger ship, lighting it up from the inside before zooming out through a hanger door and back into the open. Each one of these battles feels like a mini Death Star run, and that Chorus lets players do this multiple times over the course of the game shows that Deep Silver has a key understanding of what players desire from this kind of power fantasy.

There is an oldschool arcade difficulty present that some players will undoubtedly appreciate. Forsa is a glass cannon, and cannot take much damage before succumbing to incoming fire. Even on the default difficulty setting, it can be tough to leverage Nara’s Rites and Forsa’s different weapon loadouts to the player’s advantage. For the truly hardcore there is even a permadeath option, though such an option is best explored after fully mastering everything else.

Experimenting with loadouts is another highlight. Aside from the three main weapons, Forsa has three modification slots that allow for player expression. These slots can be filled with items that increase Forsa’s shield regeneration, or strait-up increase damage output. Some side missions reward Nara with rare and powerful cannons or lasers with unique naming conventions, and if Forsa is armed with multiple pieces of equipment with the same classification, the ship receives a tremendous bonus. Four pieces of Viper-class equipment gives players cannons that never overheat or need to reload, at the cost of some damage; Wolf-class weapons pack a gigantic punch, but have a slower rate of fire. Finding new pieces of equipment is satisfying, but the rewards feel less crucial the longer the game goes on. Finding a killer new weapon is undeniably cool, but just as often the reward for a side mission may simply be a handful of credits or shield fragment. This the journey of playing Chorus in microcosm: truly fantastic ideas, stretched a little too thinly.

Chorus is packed full of great ideas. The idea of a terrifying intergalactic enforcer wracked with guilt is compelling enough to carry the entire plot forward, even if the execution veers into melodrama towards the end of the game. Nara is terrified of dipping back into the dark side, but she’s steeled herself to take down the Prophet once and for all. If the execution was as strong as the concepts being introduced, Chorus could easily have something for everyone.

Some things distract from the intended result: cutscenes are few and far between, and their animation could certainly be smoother in places. When Nara hails other ships or receives distress calls from them, icons with character names pop up onscreen. Though the voice acting is serviceable, the character portraits are not particularly memorable, meaning that the late-game tangle of different factions becomes muddled. But Nara’s journey is well-told, as she comes to term with her past actions and self-actualizes.

Overall, Chorus is the perfect game to play in short bursts. Each star system is a feast for the senses, from the Nimika System, where a shattered planet hangs overhead at all times, to the frozen Kinuuk Fields, where countless chips of ice fly towards the screen anytime Nara accelerates. Though mission objectives end up not having much variety overall (most become some variation of reaching a point of interest, traveling to a different point of interest, battling two or three waves of enemies, then returning to whatever character notified Nara of the side mission), there is obvious care put into each locale’s distinct look.

For players who love space shooters and want something out of the norm, Chorus is absolutely worth a look. This title is stylish and innovative where it counts.