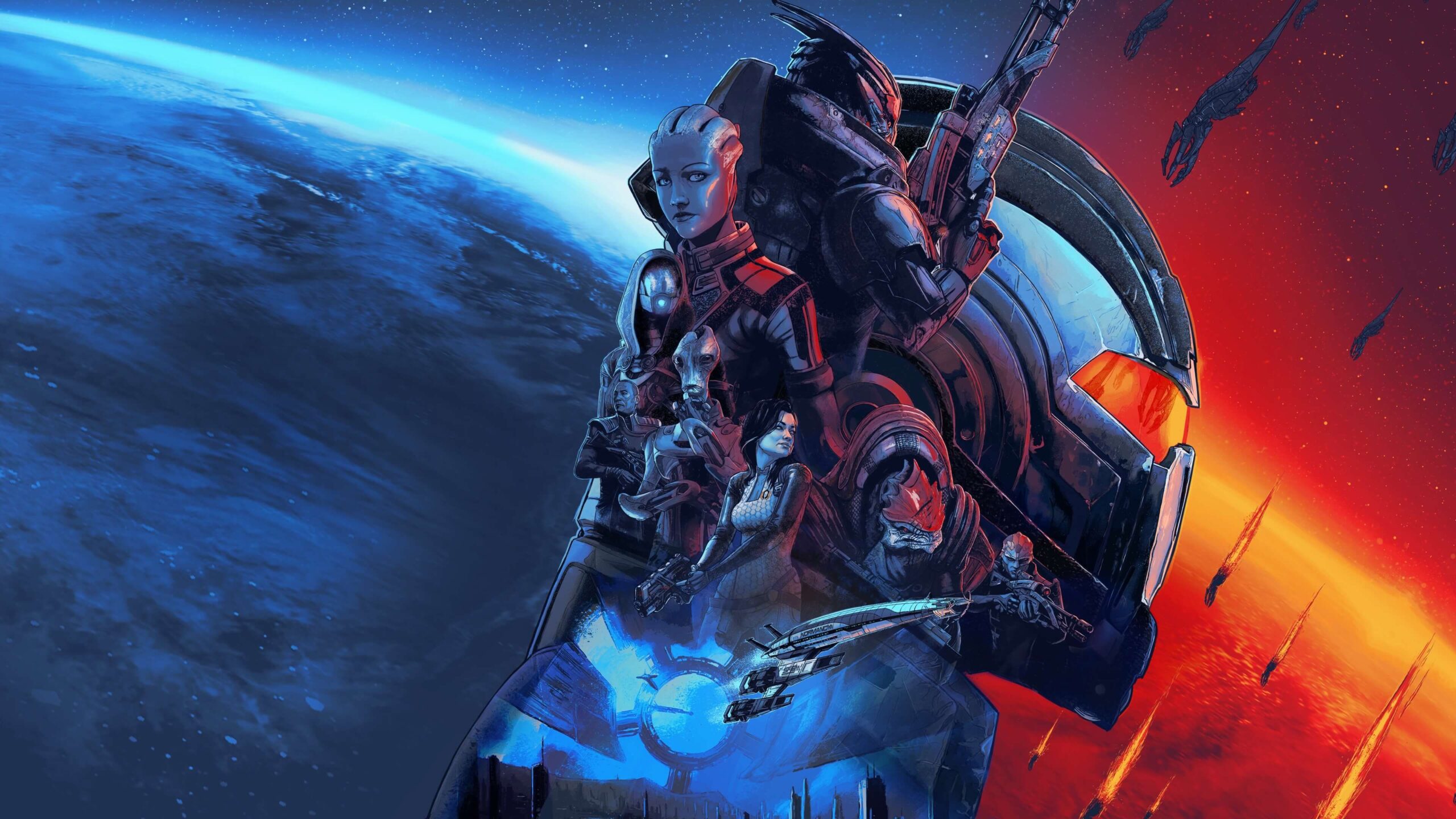 Returning to the epic role-playing space opera that is the original Mass Effect trilogy reminds us of Bioware at its best even when some of those pesky bugs of the past may still linger. The remastered Mass Effect trilogy has been a long time coming, with rumors of its presence swirling in the gaming community before Legendary Edition was finally revealed by developers Bioware last year. The trilogy has always been one of the best role-playing games out there — with entertaining combat, robust narrative branches, and complex though all likable characters — and the remaster only elevates this positive reputation, giving the three games the upgrades it deserves for a new generation of gamers to get sucked into the world of Commander Shepard and the fight against the Reapers.

“From gameplay to graphics, Legendary Edition revamps the Mass Effect trilogy with a true modern upgrade.”

The first entry of the Mass Effect series is where the majority of the improvements have been made here with the latest Legendary Edition. It is the oldest game and the title that kicked off the series way back in 2007 so naturally, the focus for this collection was bringing the most primitive game into 2021. Despite Mass Effect already being a great game, the result from Bioware’s latest effort is almost a complete success. Graphical changes are highly noticeable especially in the environments which have had a complete overhaul. The first mission that you embark upon on the planet Eden Prime feels alive with its gorgeous skyline, hugely improved lighting, and atmospheric visuals. The heart of the original game is never lost in the remaster as it instead transcends into the new generation of gaming with beautiful visuals and that same iconic story.

Watching a Reaper ship fly into the sky in that Eden Prime mission fans will all remember the first time they witnessed makes the heart race now more than ever thanks to Legendary Edition’s noticeable graphical enhancements. The updated visuals help continue to make the title seem like what the developers were aiming to capture with their concepts art back when Mass Effect was released in 2007. Whilst the original was by no means horrible to look at, in the past it could not quite achieve that look due to the limitations of the technology available at the time and now Mass Effect has been given a chance to reach its aspirations.

The latest set of high-resolution visuals breathe life into each planet as well as every location like never before. Every ship and building’s interiors and exteriors draw you into the first Mass Effect‘s world as well as any other modern title. Mass Effect 2 and 3 have also received huge upgrades to their textures, character models, and scenery, but the changes are undoubtedly most notable in that first entry.

“The gameplay in all three titles has been tweaked but that first entry of course still sees the biggest changes.”

Graphics are probably the biggest change to all three games included in the Legendary Edition, but Bioware has also greatly improved a lot of the issues with their titles in regards to gameplay and mechanics — once again, however, that especially shows for the original Mass Effect. The overhauled HUD is an absolute lifesaver, easily displaying your shields and health bar along with your crew’s shield and health directly in front of you rather than crammed into the corner of the screen as it once was. Weapons handle a lot better though there is still a little clumsiness remaining in regards to this in Mass Effect. Mechanics such as sprinting, covering during firefights, cooldowns for medi-gel, and inventory are all tweaked to make it a lot more manageable- and a lot less frustrating- for the player.

One of the most irritating aspects of Mass Effect was the highly frustrating controls and handling of the Mako, a rover vehicle that players use to traverse various planets in the game. Whilst the Mako is still a pain at times in Legendary Edition, it is certainly far less excruciating than it once was. The overhauls of the Mako make it a bearable and genuinely fun experience when blasting away geth with the hugely powerful rockets and guns. Actually driving the Mako around the various terrains across planets is still a nuisance at times, however, the new boost feature makes it much easier to get around as it acts as a time saver.

“Mass Effect 2 and 3 get fewer changes, but the polish noticeably shines bright with veterans.”

Mass Effect 2 and Mass Effect 3 have had fewer changes but the new and improved visuals and character details make all the difference. The upgrades are highly appealing to both newcomers to the series and established players as they aim to modernize the titles as mentioned before with the first entry. Mass Effect 3 also gets a few noticeable changes to the “Galactic Readiness” feature — showing the galaxies’ readiness to take on the threat of the Reapers — which was previously affected by playing multiplayer.

Now, your Galactic Readiness will depend on whether the player is carrying over their saves as they play through the trilogy. This is a fantastic change as those who may not have had internet access in the past would have had no choice but to forgo the multiplayer of Mass Effect 3. This would have automatically lowered their Galactic Readiness quite a bit. This was not initially a particularly fair system penalizing those who did not have access to that particular feature, but Bioware’s decision to make the feature based on playing the main games instead is a much-appreciated change that also makes more sense within the narrative of the series.

The only issue with each title in the entire Legendary Edition is the plethora of bugs that can be seen throughout the games. From t-posing geth to unloaded textures, there are a fair amount of small bugs splattered throughout the trilogy still — especially Mass Effect in particular. As frustrating and even hilarious at times as these bugs can be, it does not change the experience quite much as they never fully disturb the player’s world. Bioware games tend to be a bit buggy at times, as a lot of large role-playing games do. Oddly enough, the bugs ironically add to the familiarity of the series. Nonetheless, whilst there are plenty of bugs to be fixed they are unlikely to change the player’s overall experience of the Legendary Edition as these issues never manage to pull them directly out of the narrative or overall gameplay of each title.

Legendary Edition is a strong success for the two generation old sci-fi spectacle.

Mass Effect Legendary Edition is an excellent example of a remaster done right as it perfectly celebrates the franchise’s original knockout trilogy in one package. Bioware has successfully brought one of their most well-known franchises back to life after a dry spell and the lukewarm reception of 2017’s Mass Effect: Andromeda. Legendary Edition brings one of gaming’s best third-person shooter RPGs into the latest generation of consoles while maintaining the elements that made it so iconic in the first place. With an encapsulating story that rivals the narratives of sci-fi space opera giants such as Star Wars and Star Trek, Mass Effect Legendary Edition proves that adding a fresh coat of paint to a title of the past can still be a game-changing way in the video game industry of updating beloved art. Commander Shepard’s firefight in the galaxies far away has never looked and played better.