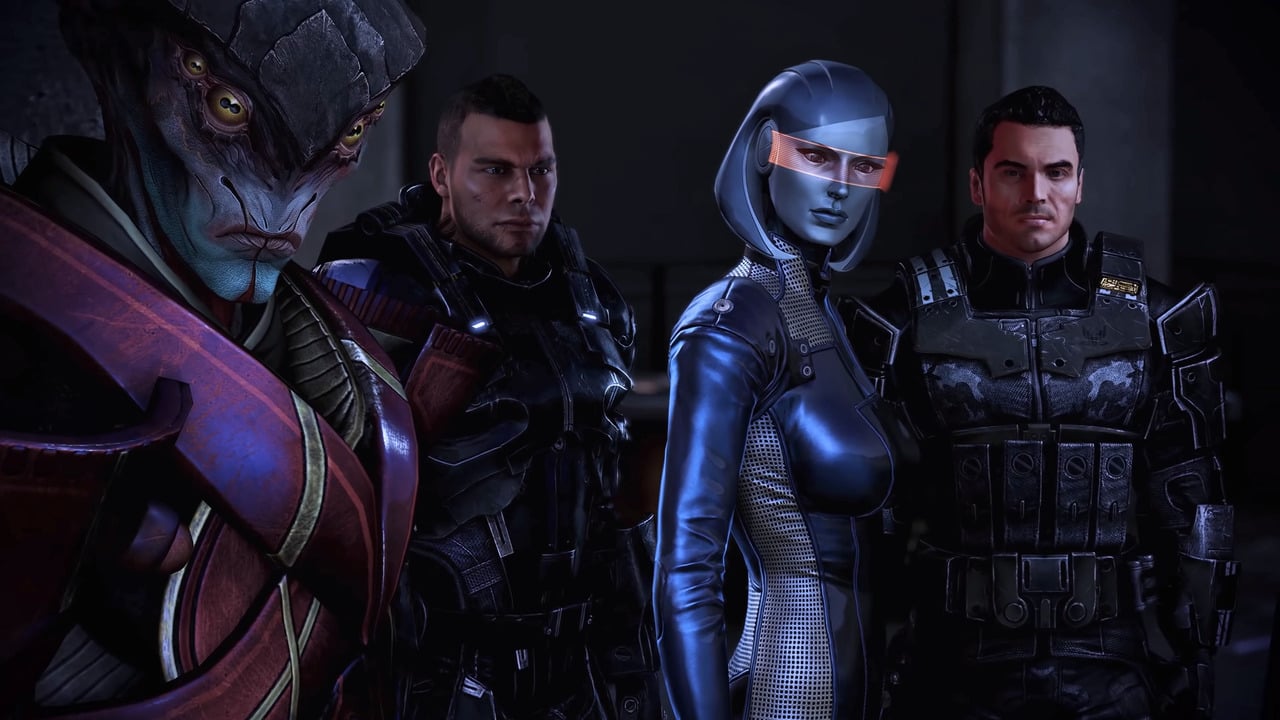 Video games have always been a critical part of my life.  Since I was four, I can’t remember a single day that I wasn’t holding a controller or behind a mouse and keyboard.  Video games defined entertainment for me at a young age, and have always been representative of my most direct escape route from whatever oppositional force was plaguing my life.  However, I was never able to fully appreciate the engrossing and truly spirit-binding nature of video games until I played Mass Effect.

Before playing through Bioware’s masterclass RPG, video games had always seemed like a trivial way to burn through a couple of hours to me.  I hadn’t really begun to appreciate the amount of emotion that these colorful images on a screen could draw out of me.  What stuck with me the most after my first playthrough of Mass Effect was just how strong the storytelling was.  Sure, in retrospect the second game in the series had a much higher quality narrative experience, and still stands as one of my favorite games of all time, but without the solid foundation that the first game laid, the series could have never taken off as it did. Everything from Shepard’s journey to the multitude of ancillary characters you meet along the way helped chronicle a story so strong and emotional, it was hard not to think about. Add to that a morality system that made me consider each and every major decision with extreme concern, and it’s safe to say that Mass Effect had me hook, line, and sinker.

What has made Mass Effect so effective at staying with me all these years is the characters it developed. I can still remember how I felt after meeting Garrus, Tali, Liara, and Ashley for the first time, and how over the course of the game’s lengthy runtime I was able to develop deep and meaningful relationships with all of them.  Add to that a romantic layer I’d not seen in any game before, and I was now fully invested in whatever happened to my teammates.  What made these connections to the characters in Mass Effect so meaningful was surmised in the intensely impactful choices you have to make in the final act.  Choosing who to save, and how to handle certain character’s decisions broke my heart, as I was so heavily invested in these companion’s survival.  It’s always amazed me that Bioware was able to make me care so much a people who didn’t even exist and had no real effect on the world around me.

Mass Effect isn’t just a game that changed me in merely a personal sense, it also changed my outlook on the RPG genre as a whole.  Before I made my way across the Milky Way in the Normandy, my RPG experience was based around games like the Baldur’s Gate series, as well as Bioware’s other smash hit, Knights of the Old Republic.  While both KOTOR and the acclaimed Dungeons and Dragons-based adventure were memorable journeys with solid stories, they lacked the stopping power that Mass Effect brought.

I played KOTOR mainly for my love of Star Wars, and even with the game’s monumental twist, I still wasn’t as hooked as I was with Shepard’s story.  A part of this, I think, is how close to home Mass Effect hits.  While running around as a Jedi or fabled adventurer is exciting, they’re not relatable.  This isn’t to say that playing as a biotically-enhanced super-soldier is par for the course in my life, but Mass Effect touched on a multitude of realistic subjects such as sexuality, race, and finding one’s place in the grand scheme of things.  Throughout the game, it’s made abundantly clear that humans aren’t as respected as some of the elder races in the galaxy, and as someone who’d grown up more or less well off, it was unorthodox to see things from the bottom up.  I never once felt overpowered in Mass Effect, and this helped to not only ground the gameplay experience for me, but also my outlook on video games as a whole.

Over the course of the Mass Effect series’ existence, an overwhelmingly large number of gamers flocked to Shepard’s story in the same way I did.  This created a community of like-minded and close-knit friends who all shared an immense love for Mass Effect’s amazing world and characters.  It was through these interactions with other fans that I found the greatest impact from the game.  Not only had Mass Effect changed my gaming life forever, but it also introduced me to several of my now close friends, whether that was through discussing the series with them while on break at work, or even casually striking up a conversation at a local GameStop.

Mass Effect brought me closer to some people better than any social event or mundane constant like work or school ever could. Most importantly, this community helped me reach out of my comfort zone and better interact with others.  I’ve never been one for small talk, and I hate idle chatter, but getting involved with the Mass Effect community helped me realize that life’s too short to be spent sitting around jaded and angry at the world.  I’ve come to understand that being open to new ideas isn’t a bad thing, and, much like the game’s self-reflective protagonist, I learned to explore my surroundings and understand things in a way I never would have before.

It goes without saying that Mass Effect represents a cornerstone in my video game foundation.  While my time spent with the series has diminished greatly in recent years, I still find myself coming back to those all too familiar loading elevators and wondrous Mako joyrides every once in a blue moon.  While there’ll never be enough new games to play and stories to uncover, I’ll always come back to the game that redefined what it means to be a video game and helped mold my expectations for quality storytelling.