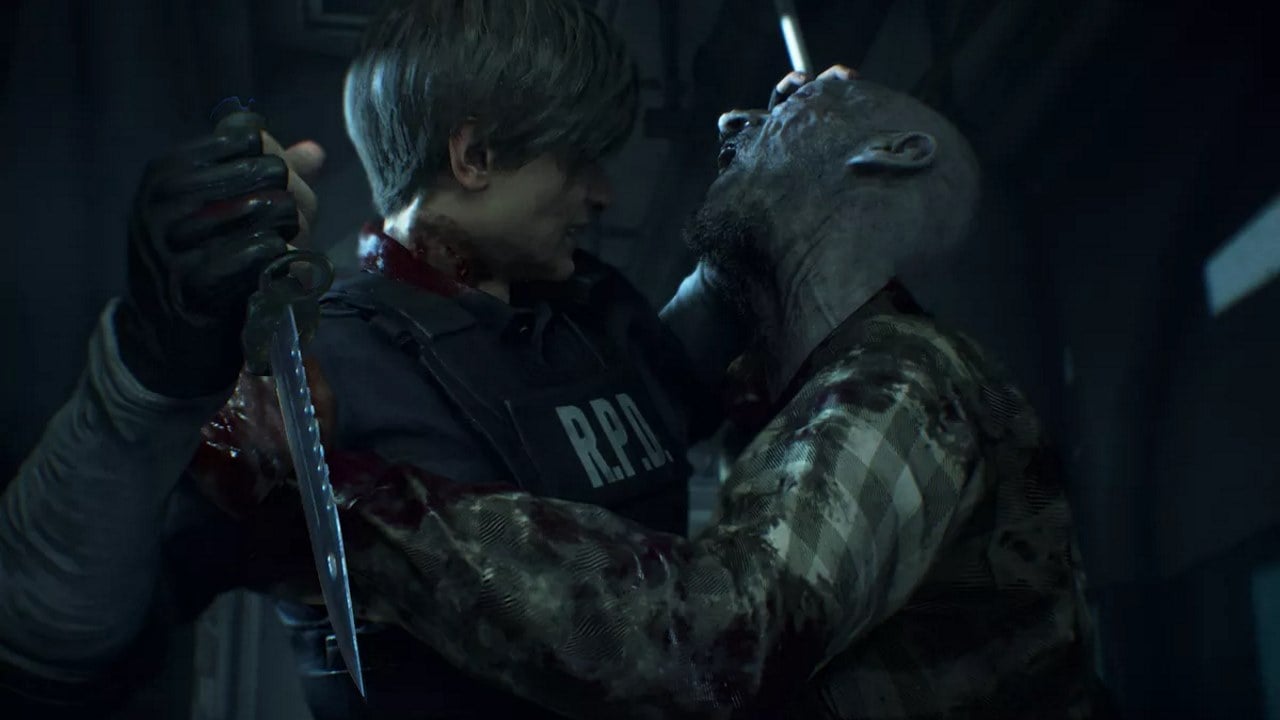 Who can forget that mini-heart attack they suffered when they turned around to suddenly find themselves face-to-face with a screaming Boy of Silence in Bioshock Infinite? Or while watching in horror as the man trying to rescue you is set upon mid-sentence and transformed into a Necromorph before your very eyes at the start of Dead Space 2?

Jump scares won’t ever go away. They are just too good at eliciting a response and making the audience jump out of their seats. But it’s a cheap thrill. A monster leaping out from behind the cupboard door, a hand snatching your ankle from beneath the bed – it’s only really effective the first time around. Repeated playthroughs of games that rely solely on jump scares (or even slogging through to the end of a longer game with nothing else up its grisly sleeve) quickly sees their effectiveness dwindle, and the overall experience wear thin. One or two jump scares can be perfect for finally breaking the tension, but too many and all sense of horror is lost.

The best horror games, like the best horror films, shows, and books, play with fear. The fear of the dark and the unknown, of forcing yourself to step through a doorway into the inky blackness beyond just knowing something else is in there waiting for you, of catching a glimpse of some strange shadowy figure in the distance but never knowing when or where it will strike. The fear of the grotesque and the uncanny, of witnessing something that simply shouldn’t be, a fleshy mess with too many limbs and teeth and eyes, slowly shuffling towards you, or seeing twisted abominations of man and machine scuttling in the dark. The fear of the open sea and the unfathomable horrors that lurk below.

The best horrors know their audience. They take their time and carefully craft their experiences, showing the player just enough to scare them, without revealing what it is they should truly be scared of. Until, that is, it’s far too late.

There are many great games that do this well. They might have the occasional jump scare tucked away in there somewhere, too, but for the most part, they rely on atmosphere. Games like Amnesia, Alien: Isolation, and Outlast build their entire experience around oppressive atmospheres and the hard truth that you, the player, are only mortal, weak and vulnerable.

Creeping around the cold and overbearing corridors of Brennenburg Castle with no memory and only a lantern to light your way inspires that harrowed and brooding sense of unease perfectly. Amnesia: The Dark Descent is widely regarded as one of the best and one of the scariest horror games ever made, and its haunting visuals and chilling sound design do wonders to transport the player into the tortured protagonist’s shoes. The twisting corridors and shifting shadows, the groans of a settling house and howl of the winds outside, the ever-present feeling that you are not quite as alone here as you seem, have most players curled up in the foetal position long before they even catch a glimpse of the horrors roaming the halls.

And when they do appear, the Gatherers’ grotesque design is just the right amount of unnerving and uncanny. But, of course, Amnesia does such a good job at grinding the player down with its unbearable atmosphere and design, that even invisible enemies can be too much to handle. Just the sight and sound of footsteps slashing in the water, drawing ever closer, is enough to make players turn tail and run.

Alien: Isolation does this well. Being trapped aboard the Sevastopol, with its tight corridors and strange angles, and the vast emptiness of space just within reach, does a great job of making the player feel insignificant, vulnerable, and, of course, isolated. But it’s the titular Alien itself that makes the horror come alive. This isn’t one of those squishy, expendable Xenomorphs from Aliens, but the original, the real deal from the first Alien. A nine-foot tall, slender abomination. A monster whose almost serpentine movements send an involuntary shiver down the spine as it slinks out of the airducts. A perfect predator.

And it is both terrifying and exhilarating to be hunted by this nightmare. To tiptoe around the space station, only to freeze as you see its tail slither around the corner ahead, or to hold your breath, hiding in a locker as it silently stalks the room, praying it won’t hear you. It’s difficult to make up your mind as to whether you should be scared or thrilled to see such a legendary movie monster brought to life with such care and attention to detail. It’s even fun to be caught, and witness first-hand the many ways a Xenomorph can dispatch its prey. The only problem is, it goes on for too long.

To be most effective, these kinds of horror games need to be short. The feeling of being harried by some unstoppable force, of peeking around every corner, and constantly looking over your shoulder is an exhausting one. It works in short bursts, but can easily overstay its welcome if it’s not careful. This is why the Amnesia games tend to be only a few hours long, and why many players couldn’t finish Alien: Isolation. When it comes to horror, shorter tends to be better (but try telling that to Stephen King).

Similarly, players need to fear death. They need to fear being caught by the terror that stalks them. If the game is too long and the player has been caught too many times before the end, then death becomes meaningless. The same thing happens if there isn’t enough of a punishment for death. If getting caught only sets a player back a few seconds, they will lose their fear of being caught. It’s a delicate balance, but one that the previously mentioned games get mostly right.

But a title that does this best of all, in my opinion, is Layers of Fear. In this game, players take on the role of a deeply depressed artist, wandering the halls of his mansion, trying to figure out where it all went wrong. As the player navigates this sprawling home, the main character’s mind begins to unravel, his house twists and bends around them, and nothing can be trusted. This works perfectly as a means to build tension, with the player never knowing what might happen next, but it’s the way Layers of Fear deals with its enemies that stands out most to me. That’s because, despite the overwhelming feeling that you are not alone in the house, you are alone. Layers of Fear has no enemies to outrun or hide from. At least, not really. A few times across the game’s short runtime, players may encounter shambling, shadowy shapes stalking towards them, depending on their previous choices, but getting caught doesn’t result in a game over screen. Instead, the main character’s psyche will be irrevocably damaged and the game is pushed towards a darker ending.

Give Them a Fighting Chance

Of course, not all games need to make the player feel powerless in order to be scary. Sometimes giving them a little power can actually make things worse. Take the Resident Evil series, The Evil Within, or Dead Space, these games outfit the player with the tools they need not only to survive, but to overcome to horrors they will face. The only problem is, they don’t give them quite enough.

Inventory management and limited ammo add a new layer to the scares. Clearing out the zombies that shamble down the corridor in Resident Evil 2 Remake might seem like a good idea at first, but what happens when you meet a licker with no ammo left? Do you instead decide to leave them and conserve your ammo, running the risk of being overwhelmed when you have to make your way back through later on, low on health and with no green herbs? Games like this add a psychological side to their horror by giving the player difficult choices, and letting them seal their own fate.

These more action-focused games also tend to lean more towards to the gruesome and the gory. If the player has to face these threats head-on, then why not make them wish they could look away? The gore that comes naturally with zombies, the disgusting body horror of Dead Space’s once-human Necromorphs, the uncannily unnatural movement of the moulded in Resident Evil 7, they all play into players’ primal fears and natural revulsion. Horrific creature design and the writhing faces of mutated monstrosities stick in players’ subconsciousnesses long after they put the controller down.

Until Dawn and the Dark Pictures Anthology games delve into a different kind of fear, the fear of choice. Not to pick your own fate, as with poor inventory management, but the fates of others. Playing off the tropes of every horror film that has ever been made, these games throw the player into a myriad of dark situations with a cast of stereotypical teenage archetypes and asks them whether or not they want to investigate the mysterious noises in the basement. Now that it’s up to the player to make these decisions, the most sensible answer suddenly becomes a lot less obvious.

Yes, this genre of horror may be more pulpy and fun than those previously mentioned, but if the player is actively trying to keep every character alive, then every decision will weigh heavily on their minds. And the games don’t give players long to think, either. Making snap decisions and then having to deal with the fallout is what makes these games so much fun, and so replayable.

Lurk in Their Imagination

And we cannot forget the power of psychological horror. games like Soma, making the player question what it even means to be human and ponder the existential nightmare that is consciousness, all while trapped at the bottom of the ocean. Or games like Silent Hill that manifest the main characters’ inner turmoils as monsters, eager to destroy them from the outside as well as in.

So, yes, jump scares are here to stay. And that’s okay. Even PT (perhaps the single most terrifying experience I’ve ever played) had jump scares. When used sparing, they are incredibly effective (I think my heart stopped beating for a moment or two when Lisa first grabbed me). But they wouldn’t have been nearly as effective without the incredible build-up that came before them. Atmosphere, sound design, and the threat of something else lurking in the shadows are what make horror games scary. And the games that turn the player’s own imagination against them that are remembered most fondly of all.