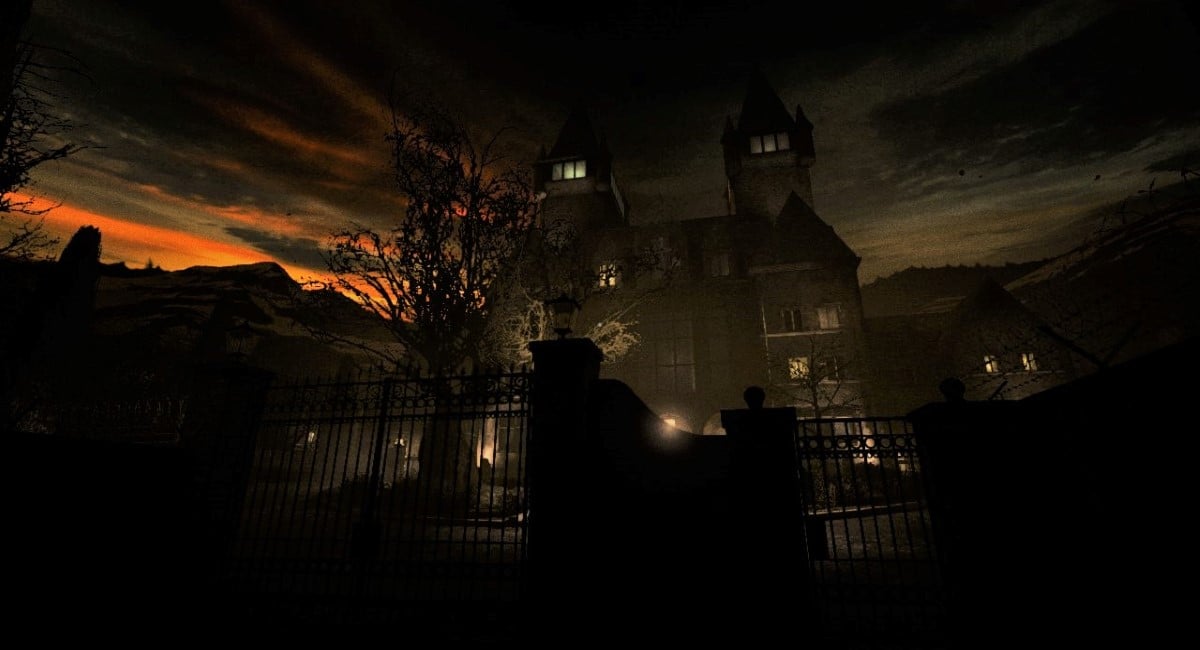 Released for the PC in 2013 and for consoles the following year, Outlast by Red Barrels truly lives up to its name. Cramming pretty much every human fear into the walls of a single building, it’s the definitive survival horror experience to play. Perfect for Halloween.

Things start out fairly subtly. Miles Upshur, an investigative journalist acting on a tip off from an anonymous source, arrives at a dilapidated psychiatric hospital searching for a way in. But there’s nothing subtle about the threats inside. From deranged inmates to stomping, charging mutants, there’s all sorts of twisted souls to be encountered in the bloody hallways and stinking sewers of Mount Massive Asylum. The result of an experiment gone horribly wrong, it’s not their fault. Someone very human has messed up here, and the game’s overriding theme lies somewhere between science and Satanism.

It’s hardly new territory when it comes to story. However, the unoriginal plot is merely an excuse for the downright terrifying gameplay, which is Outlast’s real strength. In near pitch-black surroundings, Miles is forced to navigate with the night vision on his camcorder, a move inspired by the countless found-footage horror films out there, and rather a novelty in gaming. Only, instead of rendering the asylum’s interior in a lighter tone, the night vision bathes everything in a ghostly green, making it all the spookier. It’s the key to pinpointing and evading the dangers within, but it’s also the means of making those same dangers all the more terrifying. Genius. If there’s a heavy metal of survival horror games, this is it. And, true to the name of the grandfather of the genre, there’s only one proper way to play it: alone in the dark.

Best enjoyed with an energy drink close at hand, this is not a fine, cultured experience that wants the player to stop and appreciate their surroundings. The design is oppressive, and the dank and dingy rooms are environments to be gotten out of as quickly as possible. Safe areas are in abundance, but none can be said to be particularly welcoming in an aesthetic sense. Outlast’s main influence, Amnesia: The Dark Descent, also had a dark, oppressive atmosphere, but it rewarded the adventurer with sunny areas packed with rosy furniture, well-made beds and vistas. By contrast, Outlast opts to keep the player in unlikeable surroundings for the entirety, maintaining a constant tension and keeping them out their virtual comfort zone. There’s nothing at all beautiful about Mount Massive Asylum, except maybe in a forlorn, hopeless sort of way.

Among the more ghastly sights are partially nude patients waving their arms out of cells, not to mention the odd group of inmates staring endlessly at fuzzy TV screens, lost beyond all hope. Most are indifferent to Miles’ passing progress, but it’s the monstrous brutes on patrol who need to be watched out for – relentless stomping beasts who will never call it quits and hulked-up, muscled giants with luminous, hate-filled eyes. Their stalking of the player is made doubly scary by the option to look back over Miles’ shoulder at a running pursuer. Among the other tortured souls inhabiting the wards are an elusive, self-ordained priest and an over-zealous doctor with a love for dismembered limbs. It’s safe to say he’s not the most sterile of surgeons.

The vast majority of the asylum’s population may want Miles dead, but not all of them do, and rather than the simplified ‘house versus protagonist’ scenario, there’s at times a far worse feeling of dread and uncertainty, like stepping into an unpredictable free-for-all where anything can happen. Needless to say, there’s the more black-and-white enemies who adhere to the old-fashioned attack on sight policy, but there’s also unpredictable NPCs who may or may not attack Miles depending on his actions.

To bypass the more obvious foes, he must use stealth, peek around corners and utilise the same hiding system which appeared in Amnesia: The Dark Descent. Outlast also features most of the other usual survival horror elements. There’s the tried and tested ‘Find A to Open B’ mechanic along with the bread and butter incentive to search the player’s immediate surroundings, in this case for camcorder batteries but also for stray notes with which to piece together the story. Then there’s the pulsating ‘box’ sections, usually consisting of the player being trapped in a fixed, contained area with one or two enemies, requiring them to trigger some mechanism for escape. These sections are always the most frustrating, but as with the household chore of finding keys to unlock doors, they’re not overdone. More satisfying are the several high-octane and more linear chase sequences. Of course, audio is a survival horror game’s best friend and it’s no different with Outlast, which uses sound cues to signal an approaching threat.

Survival horrors can integrate combat perfectly well and be successful, but the most distinctive feature about Outlast is its utter lack of weaponry. Drawing inspiration from Amnesia: The Dark Descent, Miles is forced to rely on stealth or quick feet for his progression– arguably the purest form of survival horror. It puts the emphasis solely on survival because if the player can’t be guaranteed to pass unscathed through any given confrontation, then the best solution is to avoid one. Removing the option to manual save is also a welcome addition, adding to the challenge, though the developers are fairly generous with checkpoints. The more empowered the player is to make arbitrary decisions on when to exit the action, and the more weapons they have at their disposal, the more it becomes action or shooter. By contrast, Miles is utterly helpless and can do only two things upon being sighted by an enemy: run or hide. There is of course a third option. Die.

Outlast also stays grounded and avoids the psychological trope of placing all or some of the unfolding events in the protagonist’s mind, which also makes it pure horror. Blair Witch (2019) fell head over heels into the psychological trap, whilst Layers of Fear (2016) made it its central premise via the medium of an artistic protagonist who virtually lives inside his head. Even Amnesia: The Dark Descent had abstract elements that were open to interpretation, but it managed to strike a decent balance. Outlast doesn’t tread the line at all, being a psychological horror only insofar as it frightens the pants off anyone who plays it. There’s no greater meaning, there’s no allegory, and everything that happens on screen is happening in the real world. As per the developers, the Outlast experience is “mostly about scaring the hell out of people”. Simplicity itself.

In terms of replayability, the beauty of any good survival horror title is that there’s no desire to want to suffer the horror again too quickly, and Outlast is no different. Having survived the nerve-inducing, mutant-infested halls of Mount Massive Asylum for a first time, there’s no incentive to want to have to do it again, which means the game has done its job. Plus, there’s not exactly much to go back for. There’s no weapons to find, no high skill ceiling to play with. Just pure terror. And, although knowing all the ins and outs and the various hiding spots, the odd souls playing it through for the third or fourth time will be tackling enemies in exactly the same way as a newcomer – by avoiding them. Outlast is about taking in the experience, not mastering it.

That being said, for all the pain-loving masochists out there, there is the option to play on Insane difficulty for an even more gruelling experience. In fact, there’s four difficulty levels in total – always a sign that a video game wants to be played right to the last soul-crushing limit. On top of that, there’s downloadable content and a fully-fledged sequel for those who still want more of the same.

And who wouldn’t? Outlast is right up there with the best horror and certainly the best survival horror games. It’s also the apex of asylum adventures and derelict place explorations, and there’s plenty of them, not least in real life. Who hasn’t gone or thought about going into a seemingly abandoned dilapidated building?

Most people might think twice after visiting this one.